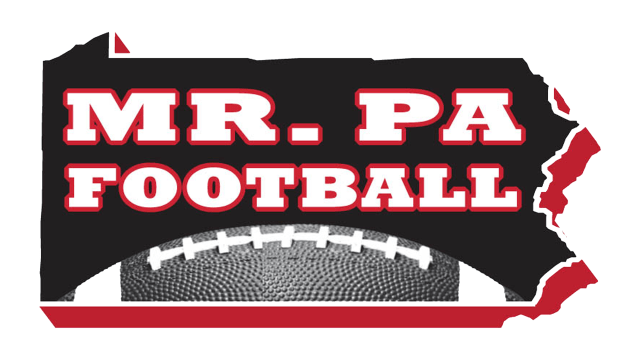 Last night in Harrisburg, Southern Columbia wide receiver Julian Fleming broke yet another record in his illustrious career, and he wasn’t even there to see it happen. He was tabbed the 1A-3A Mr PAFootball for the second year in a row, only the third player to be named twice since the awards began in 2010. Julian couldn’t be there as he is an early enrollee at Ohio State so his head coach Jim Roth accepted the award for him, thanking everyone who supports high school football.

Manheim Township quarterback Evan Simon was named the 4-6A Mr PaFootball for the 2019 season in what Rod Marsico said was the closet voting in his memory of the awards. Even thanked everyone for their support, including his parents.  The now former Baron signal caller is heading to Rutgers. 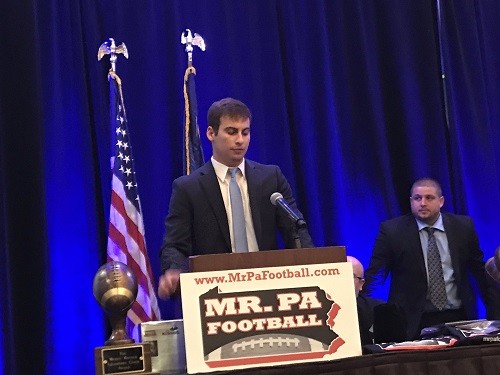 Simon Thanked his parents and God.

The nights keynote speaker, Pitt Head Coach Pat Narduzzi, had some advice for all players on the stage awaiting the announcement: “Be a good teammate.” Narduzzi talked about how today’s athletes, with facebook, facetime, twitter and what not are very much tuned into themselves and not those around them. He suggusted they take the time to learn about thier teammates, talk to each other.  Another note he made was about being a faithful teammate. “Now we got this portal thing, ya’ll seen this? 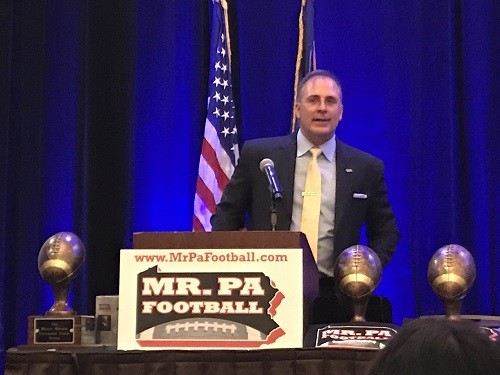 We got guys that don’t want to earn their way, they just want to play now so they’re going into the portal. It very rarely works out for them. I say stay and fight for your spot. Quit moving around. I don’t like it when they move around from team to team. Just stay put and fight, be a faithful teammate. 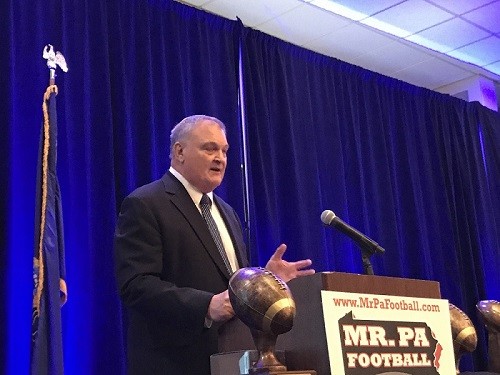 Others winning awards were New Oxford QB Braydon Long who took home the 3 Star Award, given to the player who has show a high level of community involvement, academic success and a high level of character. Westinhouse lineman Dayon Hayes (1-3A) and Parklands Nick Dawkins (4-6A) took home top linemen awards 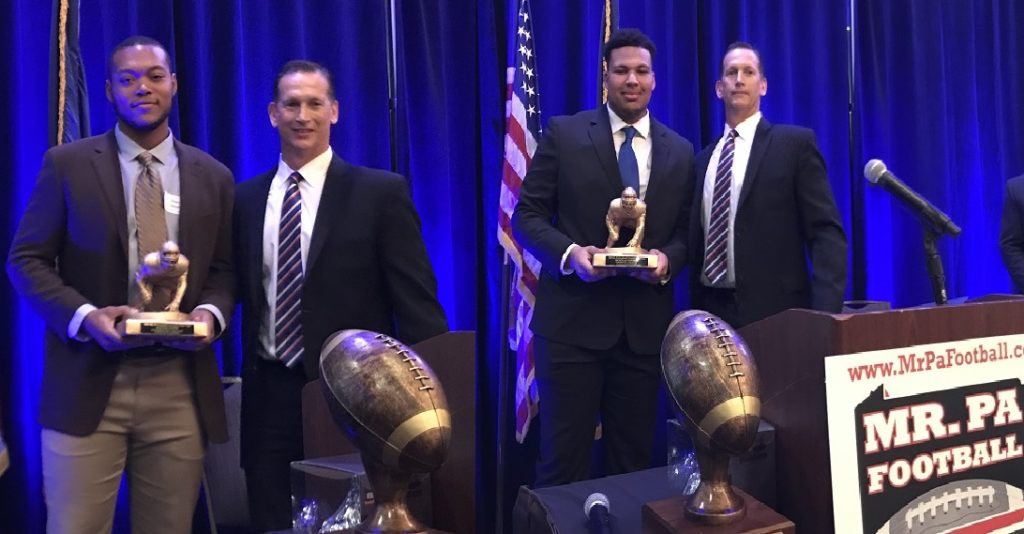 Haye, Left and Dawkins, Right with