George Washington Remains Unbeaten at 3-0, Have Yet To Give Up Offensive Points in Close Victory over Overbrook 6 to 2 ! @gdubeagles @GeorgePhila @Overbrook_FB @570Football

George Washington Remains Unbeaten at 3-0, Have Yet To Give Up Offensive Points in Close Victory over Overbrook 6 to 2 !

What started out to be somewhat of a dreary day, turned out to be bright and sunny at times, especially for the George Washington Eagles, who came into the contest undefeated and unscored upon.  The scoreless streak would end midway through the first quarter when a bad snap sailed over the head of the Eagles punter, rolling towards the endzone, which would result in a safety for the Panthers, giving them the lead 2 to 0, with 5:54 left in the quarter.

The next ten minutes of the game would be back and fourth, defensive tussle.  With 10:32 left in the second quarter, the Panthers still leading 2 to 0, the Eagles were marching down the field when the Panthers Dechaune Jackson would intercept Eagles Kyle Schumann at the Overbrook 16 yard line.  Overbrook would move the ball into Eagle territory until the Panthers quarterback would throw an interception of his own, and the Eagles defender Darryl Johnson-#25 would return it about 60 yards to the Panthers 2 yard line, on the next play, Eagles QB Kyle Schumann would finish it off with the touchdown run, a failed extra point would have the score at 6 to 2 George Washington leading with 4:25 to play in the first half.

Overbrook would once again, have some life in the second quarter when George Washington fumbled a punt return with 2:07 left in the first half, and the Panthers take over at their own 25 yard line.  Unfortunately for the Panthers, nothing would amount to much in the drive and the score at the half would end up still 6 to 2 Eagles leading the Panthers.  Much of the rest of the game was a hard hitting, defensive battle as neither team could get anything going on offense, as balls were dropped, penalties, turnovers and utter confusion on both sides played a major part in the game.

After the game, Eagles coach Benzio had this to say about his team, ” He is proud of his players, came across and wanted it more, and that’s what his defense has done “, only giving up 2 points during this spring football season with just one more game to go. Coach also, stated ” his team will need to work on all the drops, but they will finish the season strong, we got a very young team, a lot of sophomores, if they keep playing like this, they’ll be able to go to whatever college they wish”.

EXTENDED HIGHLIGHTS VIDEO BELOW VIA YouTube: 570Football at PaFootballNews 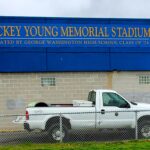 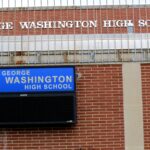 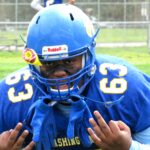 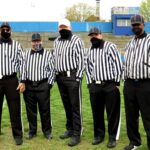 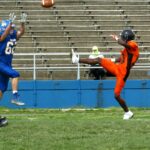 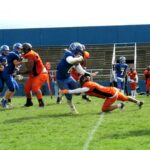 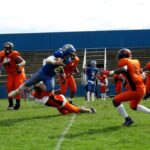 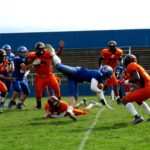 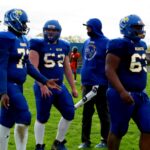 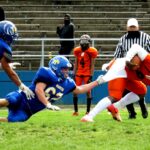 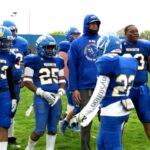 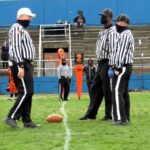 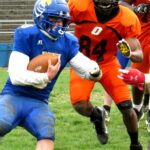 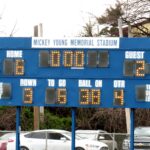 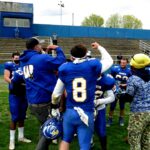 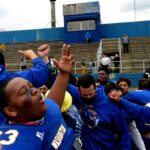 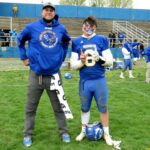 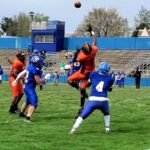 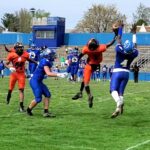 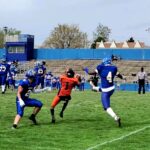