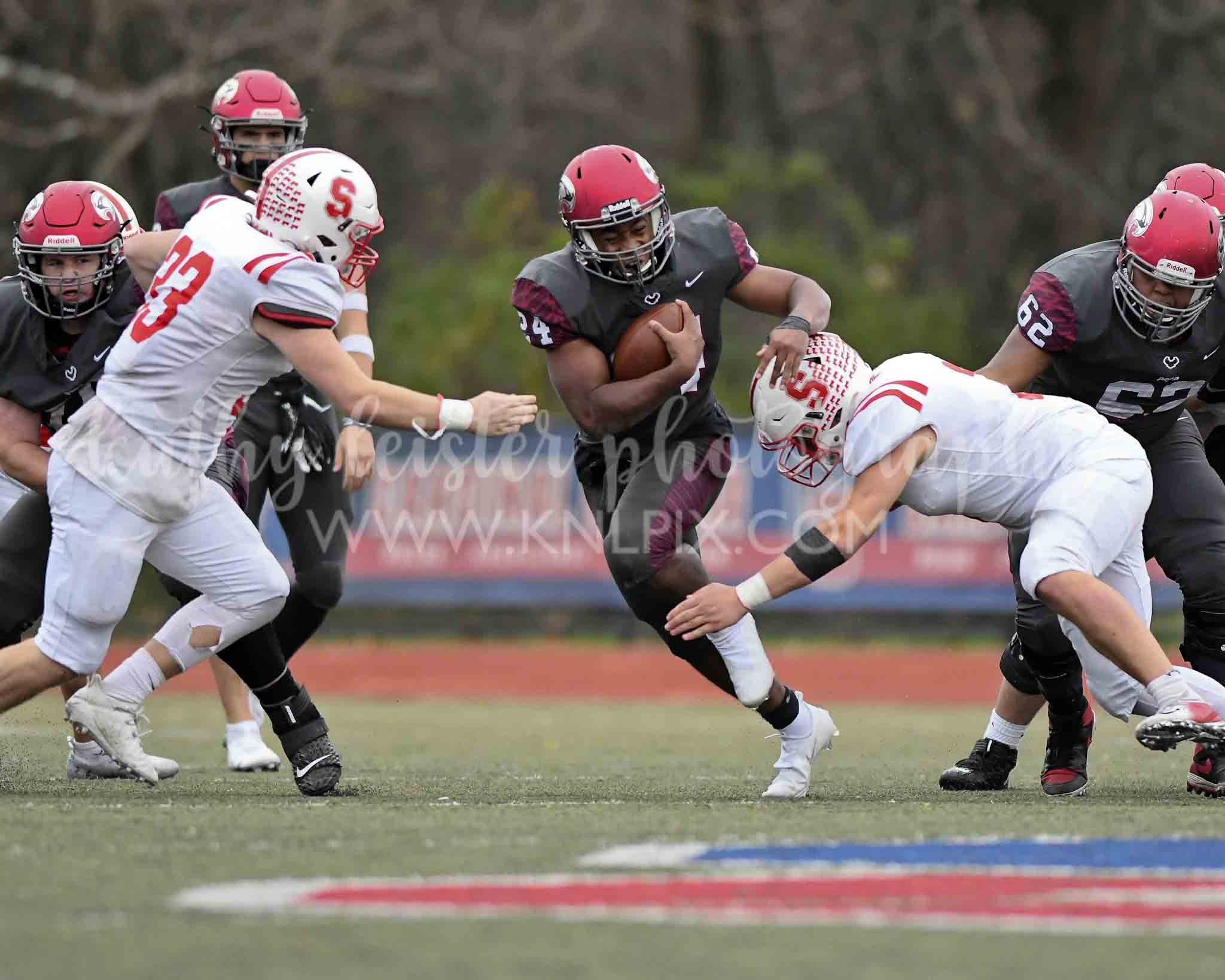 The final score looked close, but the game was never in question. In the first half, St. Joe’s Prep dominated in all aspects of the game. Led by six first-half touchdown throws by quarterback and Ohio State commit Kyle McCord, and three touchdown receptions by speedy receiver Sahmir Hagans, the Red Hawks vaulted to a 44-7 halftime lead.

Hagans made a statement in a big-time game. Playing on a team filled with players with national star power, it can be easy to look past talent like his. But today, the Duke football commit was not to be ignored. And it wasn’t like Hagans was scoring due to blown coverages. His routes were crisp and he was able to find plenty of separation from pressing corners.

“I was running a combination of routes,” Hagans said. “But it was my teammates who should get the credit. Kyle [McCord] was making the right reads and was able to find me. Our whole team holds itself to a high standard.”

And three touchdowns in the first quarter was impressive. Watch for his name in the ACC during the next few years.

“It’s great to have a game with big stats, but what’s really important is that we are going to Hershey again,” Hagans stated.

But it wasn’t just the McCord and Hagans show during the first half. Harrison Jr. also got in the mix with two touchdown passes of his own.

The second half was a different story. With the St. Joe’s starters on the sideline, the Souderton offense found momentum. With 35 unanswered, Souderton made it a game late. But with the running clock, it was too little too late.