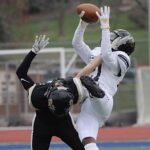 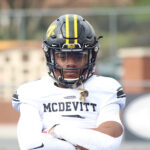 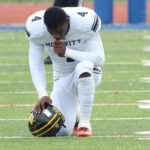 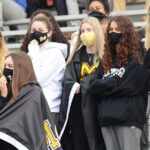 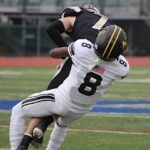 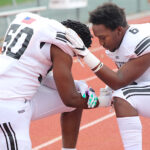 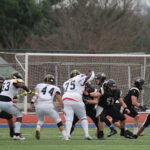 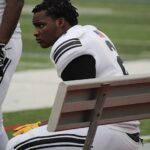 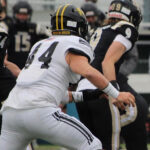 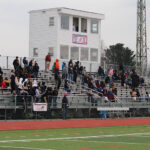 The Bishop McDevitt Lancers of Wyncote, Pa played possibility for the last time ever Saturday in a 42-14 loss to power Southern Columbia Tigers. The Archdiocese of Philadelphia announced Wednesday they were closing the school after the current academic year. The timing of this announcement couldn’t have helped the Lancers who became the Tigers 59th straight victim. The reaction to the news was mixed between anger and sadness. The Lancer fans who came to the game vocally supported their team. A small student section leading the way. When I asked the fans about their feelings on the closing some were extremely bitter and didn’t want to talk about. But a lot of them were saddened. Some were hopeful a solution can be found. John Pergine father of junior starting linebacker Johnny Pergine “I feel terrible for them(the kids). They got caught up in a numbers game. I believe with the help of the alumni and boosters things may change.” Johnny who attend Spring-Ford last year may be looking for his third school in three years. This was the major concern that was brought up repeatedly. Where will the 446 high school students go next year?

Sophomore Jamir Robertson, originally from Philadelphia has been at Bishop McDevitt  since the seventh grade.  When asked about next year , Robertson who was very gregarious was loss for words. “I’m still looking!”

It’s not just the students who will be effected.

There are about 25 teachers, the coaches and the community of Wyncote.

The Lancers who started playing football in 1959 have a tradition of posting winning records despite playing much larger schools. Has the Covid virus claimed another victim? There is still a lot of hope and praying that Saturday wasn’t the Lancers last game. As the sideline reporter I’m hoping and praying they are back next year.