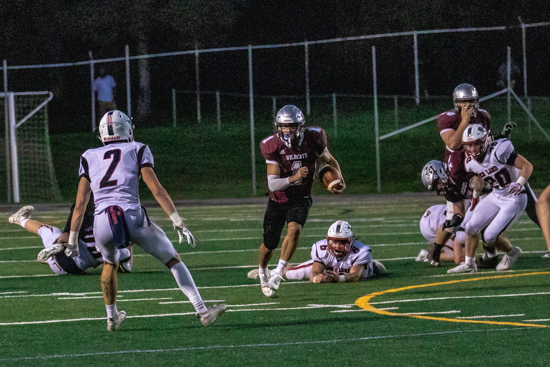 West Shore School District’s Red Land High School traveled to Mechanicsburg’s John H. Frederick Field on Friday evening to face the Mechanicsburg Wildcats in their first scrimmage of the year.  Micah Brubaker threw two touchdowns for the Wildcats, including a 43-yd toss to brother Caleb Brubaker.  Red Land managed only one score, a three yard run by senior Dylan Rodenhaber after a long interception return of a Micah Brubaker pass set the Patriots up at the 4 yard line. 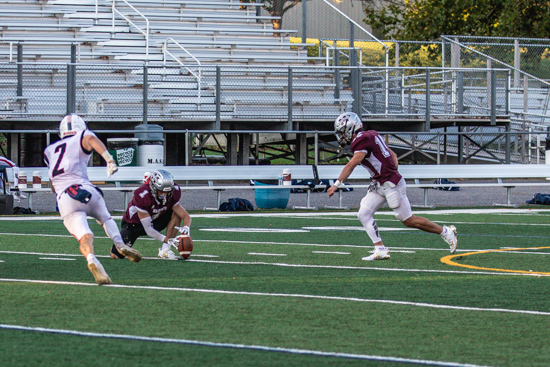 At one point during the scrimmage, both teams took turns kicking field goals against a live rush.  Mechanicsburg’s Nick Morrison kicked a 50 yarder with room to spare.

Following the game, Mechanicsburg Head Coach Anthony Rose heaped praise on his squad, while acknowledging there was still work to do before the regular season opens on September 25 against West Perry.  “I was very pleased with the first scrimmage actually.  I thought the guys did a good job up front.  I thought they were very physical,” said Rose.  “Micah (Brubaker) made some very nice throws – that long one to Caleb was on target,” Rose continued before lauding the defense.

Next Saturday, September 19, Mechanicsburg travels to Carlisle to scrimmage the Thundering Herd at 10 am.  Red Land is at home against Cedar Cliff in a battle at West Shore Stadium on Friday, September 18 at 7pm.