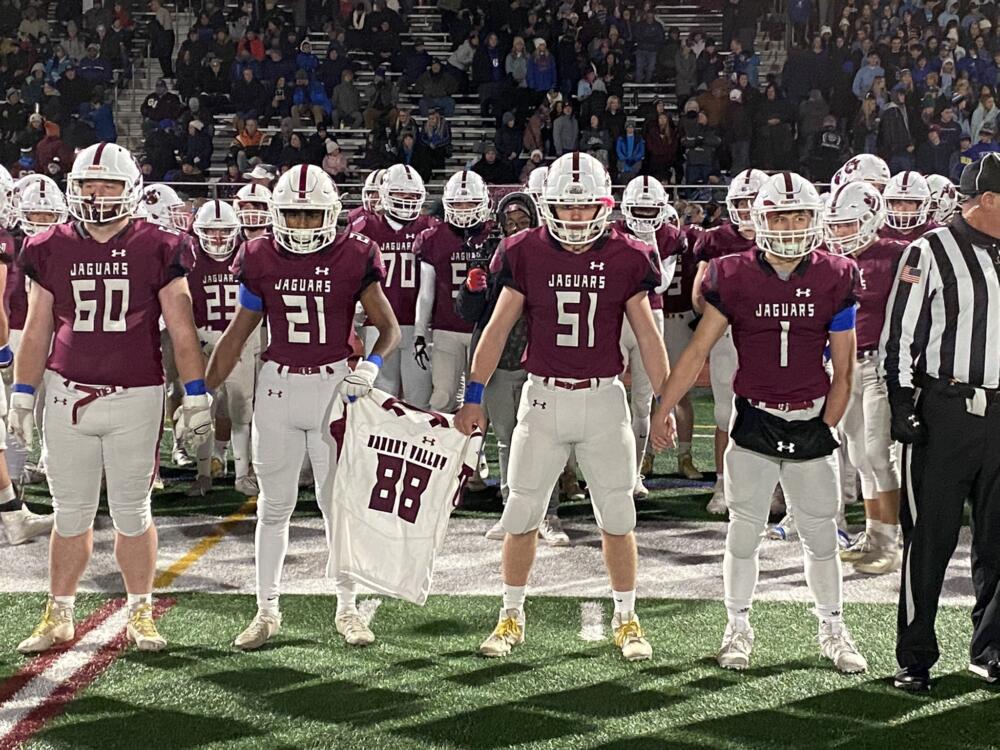 Garnet Valley Passes their Way to the Finals, Win 28 to 17 over Downingtown East 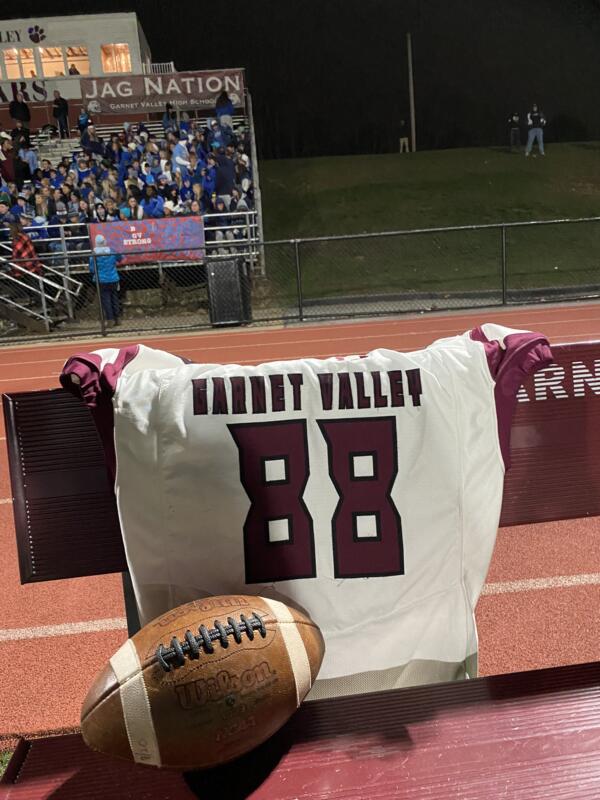 Concord, PA: In the middle of the fourth quarter, the Jaguars faced a crucial fourth and two from the Downingtown East twenty-one-yard line. Down three points, Garnet Valley needed to come up with a play to continue the drive. Quarterback Matt Mesaros rolled out to his right, trying to gain some time for his receivers to get open. Off of his back foot, Mesaros threaded the needle and found Ronnie Leraris in the endzone for the touchdown score. “I just trusted the guys, and they went up and made the plays; they went up and got the ball,” Mesaros said on his touchdown pass. The touchdown pass was all the momentum the Jaguars needed as they won 28 to 17 over Downingtown East.

The first four possessions of the game featured back-and-forth scoring from both teams. Downingtown East started off with the ball, and running back Bo Horvath took one in for a one-yard score. That didn’t deter the Jags’ as on the ensuing drive, Jason “The Bus” Bernard took a forty-seven-yard run to the house, evening up the score. Downingtown East quickly responded to the Garnet Valley touchdown with a two-yard run by Horvath. After Mesaros connected with senior tight end Drew Van Horn for a twenty-one-yard pickup, on the next play, Mesaors ran it in for a fifteen-yard score. After non-stop scoring in the first quarter, neither team could better the other in the second. Heading into halftime, the game was tied at a score of 14 to 14.

Garnet Valley ended up with a three-and-out on their first possession of the second half, putting the ball in Downingtown East’s hands. The Cougars were able to drive into Garnet Valley territory, getting the ball down to the nine-yard line, but on third and six, Joseph Checchio ran into the backfield untouched for the stop. Cheechio’s stop forced Downingtown to kick a field goal, which was their final points of the game. Checchio wasn’t done on the defensive side of the ball. After the Jaguars went ahead with a touchdown, Downingtown responded with a big return, finding themselves in Garnet Valley territory. Horvath found himself in space on first down, but Checchio was in pursuit, making a shoestring tackle and limiting the running back to only one yard. The tackle forced Downingtown to go away from the game plan, and the Jags took advantage, forcing a three-and-out.

“I give so much credit to our defensive coordinator, Coach Marc Panepinto, who made a few adjustments at halftime, but the guys just came out and played physical football. We were able to make a couple of big plays and a couple of big stops,” Head Coach Eric VanWyk.

After the big stop, the Jaguar offense was ready to get back on the field and put this game away. Behind the legs of Mesaros, Bernard, and Checchio, the Jaguars were able to get it down to the Downingtown four-yard line. On fourth and three, Mesaros dropped back to pass and found Jake McDowell, who went up and ripped it out of the defenders hand’s for the touchdown. The two passing touchdowns for Mesaros seemed like he was playing backyard football. “That’s a good way to describe it. It was just very broken down, and he made a play. Sometimes the scheme wasn’t there, but he made a play, and I was very impressed by Matt,” VanWyk on Mesaros’ passes.

Even with the win, Garnet Valley was coming into tonight’s contest with heavy hearts. Last weekend, a teammate, a brother Bryson Hall, tragically passed away. The Jaguar players and fans were dressed up in blue to honor Hall. “It was really tough, and the kids are resilient. They thought about their brother, and they cried about their brother. They stuck together and believed and thought about him through all of this. I’m really proud of how they stuck together through all of this,” said VanWyk on the emotions coming into the game.

Garnet Valley moves on to the District 1 finals, where they will play CB West. CB West played Perkiomen Valley in the other semi-final game, winning by a score of 14 to 13. Both teams should be familiar with each other as they faced off against each other in this season’s first game. Garnet Valley won the low-scoring contest with some late-game heroics by “The Bus.” This finals matchup could be very different as both teams are playing at an extremely high level at the right time.