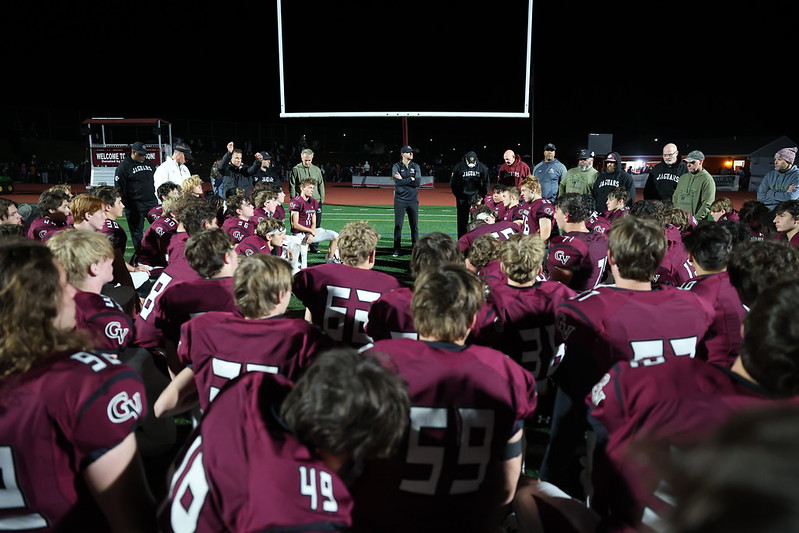 Jags Roll Past Quakertown and into Second Round of the Playoffs 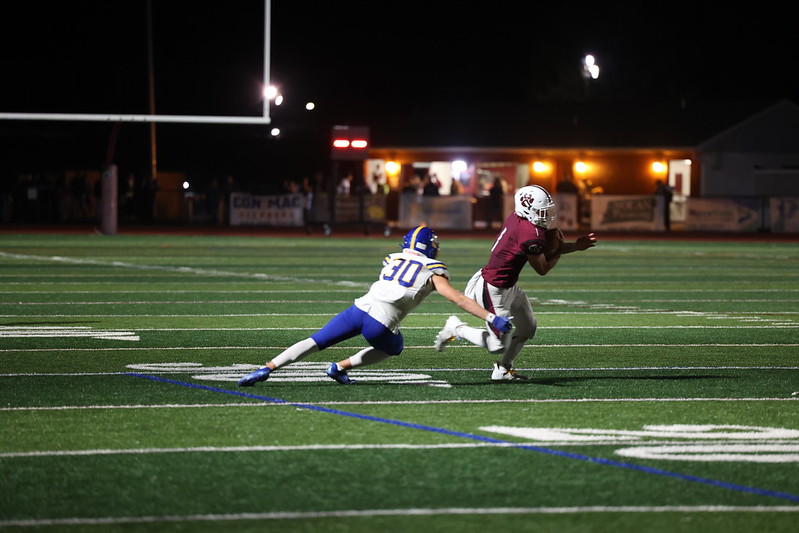 Concord, PA: ONENESS. That is the word behind the Garnet Valley Football program, and it was showcased on the final touchdown score for the Jags. As senior Jack Burba crossed the endzone for the Jags’ final tally, the sideline was going crazy, especially seniors Jack Westburg and Drew Van Horn. “That is the power of ONENESS. That’s the word we harp on in our brotherhood, and Jack is one of our leaders. For him to get that opportunity to score, it was really special for the entire team,” Head Coach Eric VanWyk on the Burba touchdown. Burba’s fourth-quarter score was the exclamation mark on the game as the Jags won 63 to 14 over Quakertown.

Tonight it seemed like it was the Joe Checchio show for the Jags. Checchio had three touchdown runs and a fumble recovery that went for a touchdown, all before the first half was over. As Coach VanWyk would call it, Joe is a “Gamer.” “He works hard in practice, and it is nice to see him fulfill all the hard work he puts into practice with those four touchdowns,” VanWyk on Checchio.

However, before all of the Checchio scores, it was quarterback Matt Mesaros who jump-started the Jaguar offense with an 11-yard touchdown run on the game’s first drive. Leading rusher Jason “The Bus” Bernard was not going to be stopped from getting in on the action tonight. Late in the first half, after a swing pass between Mesaros and Luke Mingioni, “The Bus” broke free for a 20-yard score.

In the second half, the Jaguars put up two tallies. The first was a 34-yard touchdown pass down the middle to senior tight end Drew Van Horn, and the second was a 1-yard touchdown run by junior Trevor Saccomandi. The Jaguar run game had seven touchdowns on the ground tonight. “We are a team that believes in whoever gets the ball, gets the ball, and we are happy with it,” stated VanWyk on the variety of touchdown scorers.

With the win, Garnet Valley moves to 10 and 0 on the season and into the second round of the playoffs. For VanWyk, the lopsided win can be accredited to the hard work of the scout team, “I think this week is actually about our scout team, the guys that get our varsity guys ready. They really stepped up for us.” The Jags take on Spring-Ford next week in the second round of the playoffs, as they beat nine-seeded Ridley by a score of 42 to 28.