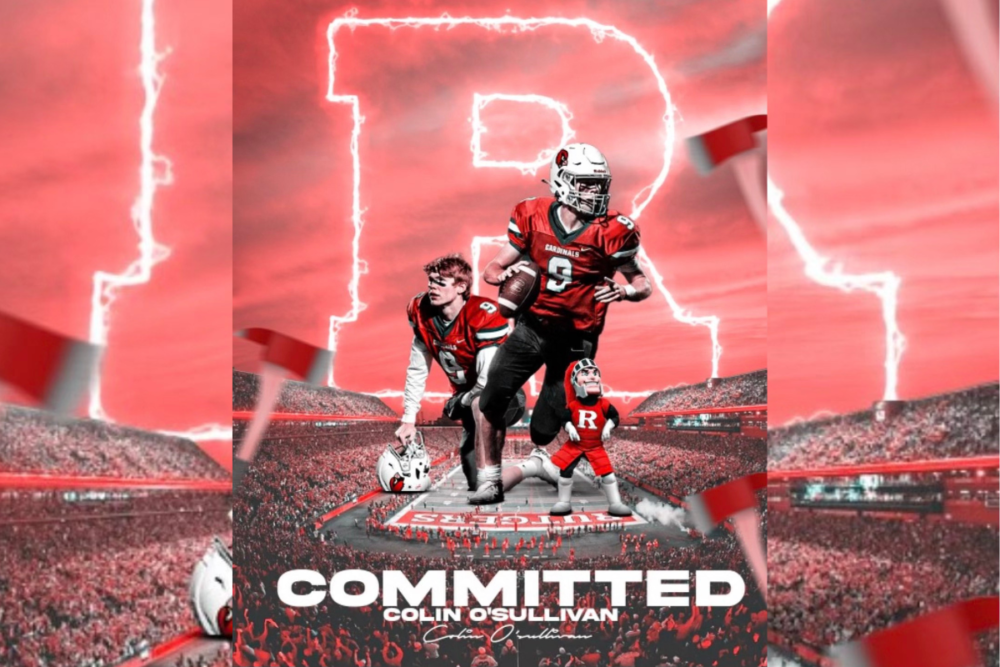 Upper Dublin senior quarterback Colin O’Sullivan has been slingin’ a football for the Cardinals for the past 3 seasons in which he completed 66% of his passes for 6,823 yards & 75 TDs. In 2022-23 he & his teammates had a season to remember. They won 14 games as well as a conference & District 1 championship. On a personal note, Colin completed 67% of his passes for 2,946 yards with 36 TDs to only 5 interceptions. Their storied season did, however, end in the state semifinals where they clawed their way back from a 21-0 halftime deficit falling short to state runner-up Imhotep Charter 21-14. Colin played that game and the two prior playoff games with a fractured ankle. The young man is as tough as nails. Colin’s next chapter in his football journey begins today, as he just committed to play for Greg Schiano and the Rutgers Scarlet Knights who recently hired Kirk Ciarrocca as their new Offensive Coordinator/QB coach. I spoke with Colin’s dad Dan briefly to see how he was feeling over the joyous news and he had this to say, “Colin doesn’t like to be the focus of attention but I am excited for him as all his hard work has paid off. He always dreamed about being able to play in the Big 10. So much time and energy went into it that most people never see, like throwing before school with teammates & the countless hours of film he would watch and study. He has been very lucky to be surrounded by so many great people to this point in his football career, from the Upper Dublin youth program to his high school coaches & teammates.”