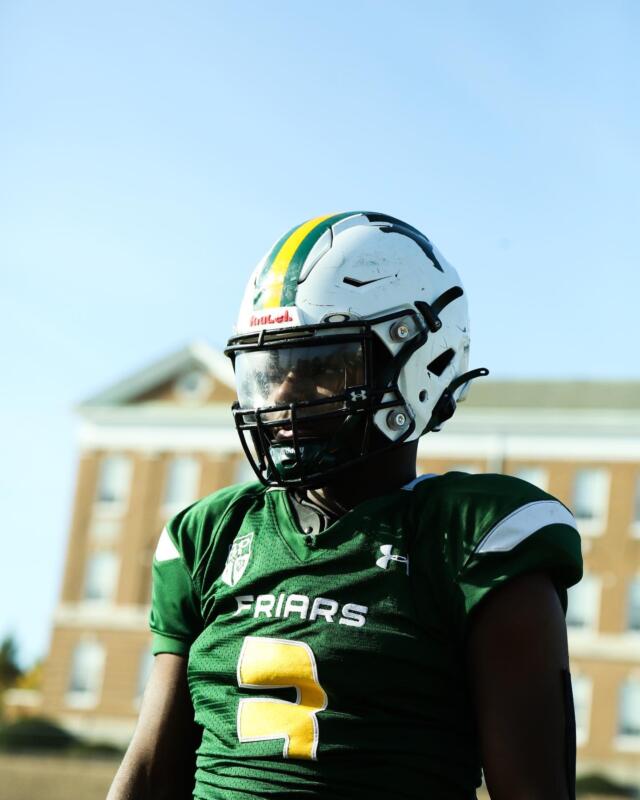 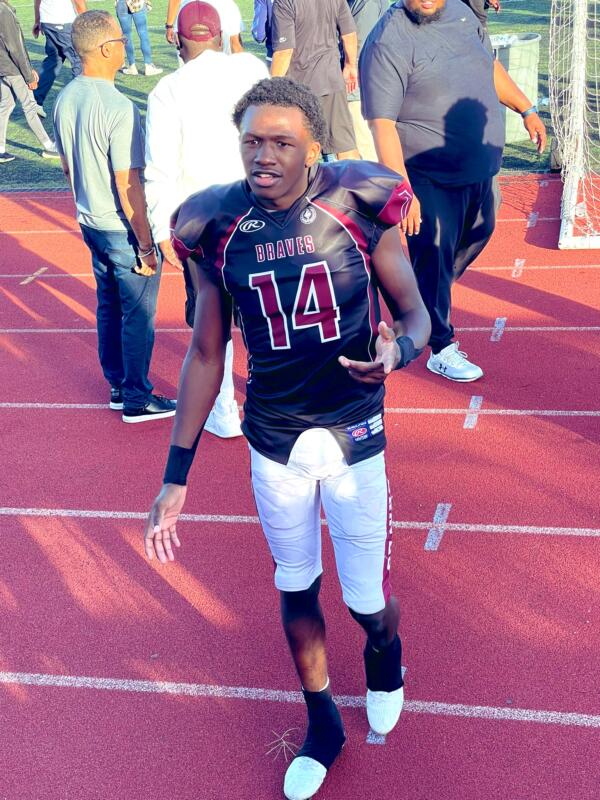 The D12 4A championship game will feature two teams who met last year in the 4A title game. In the 2021 matchup CL champion Bonner-Prendergast came out victorious 29-8. Both teams had tough league championship games last weekend pulling away late to win their respective league titles.

Bartram: The Braves are led by longtime HC Jim Chapman. They won their 2nd consecutive PL 4A championship over Boys Latin just as they did last year. This year game was very similar to last year where the Braves fought for a hard-earned win and immediately look forward to winning a city title. The Braves are led offensively by So. QB Semaj Robinson who is a dual threat QB with breakaway speed. He is highly elusive in the open field. Jr. RB Jahmi Hargrove is the leading rusher out the backfield and when throwing the ball Jr. WR Rahmear Owens is the primary target. Along the line Sr. Dhaamir Robinson paces the grunts with his physical style and toughness. Bartram defensively has a very aggressive and tough defensive line who gets to the ball carrier quickly and get great inside push from their large interior lineman.

Bonner: Despite losing all state RB Mason Peterson who generated over 2000 all-purpose yards in 2021 to graduation (now at East Stroudsburg) the Friars were able to go undefeated within league play and win their 2nd consecutive 4A CL title. This year it was more of a collective effort within all three phases for their success. Leading the Friars is HC Jack Muldoon who has built the Friars into perennial CL contenders as they’ve quietly been dominating within the league for the last 4 years. In fact, according to Coach Muldoon, they’ve only lost 2 games within the PCL in the last 4 years and have been the 4A PCL representative in the PIAA playoffs for 4 consecutive years a feat in which he is very proud of his players & coaches. The chatter in the area was that without Mason the Friars would struggle and the coaching staff and players took issue with that and worked hard this past offseason to make sure they were successful by working together and everyone pulling their own weight.

When asked what it would take to come out victorious against a good John Bartram team for the 2nd consecutive year in the 4A City Championship game, Coach Muldoon stated, “We will have to play strong up front. Both offensive line (Jawaad Hanton, Thabri Rogers, Mekel Marshall, Kieran Farren and Nahum Tesema) and defensive line (Jalyn Allen, Jawaad Hanton, Mylachi Willams, Austin Cannon and Zac Coneys) will need to be on point as Bartram is a very big and talented team. We need to take care of the ball and take advantage of any scoring opportunities, make a big play on specials and hopefully create a turnover.” Different from last year’s team is that they use a RB by committee this year with 3 talented backs Jr. Avery Hankey, Jr. Isaiah Sessions & Sophomore Jaylen Johnson who have combined for over 1600 yards rushing. They also use 2 QB’s Justin Shepherd & Colin Finnegan to spread the ball to a talented group of TE’s & WR’s such as So. Jalil Hall (Set school record for receiving TD’s), Sr. Zach Coneys & TE’s Jr. Austin Cannon, Jr. Jaeden Foster & Jr. Mylachi Williams. Coach Muldoon is looking for a great atmosphere for the kids as they’re excited to be in the D12 title game again and the players are expecting Bartram to come in ready to play. The goal is to make it back to the state playoffs again.

Outlook: Bartram is highly athletic; they’ve played a tough schedule and won’t back down from the Friars. Both teams are fairly young, but both have experience in this game which should make for an intriguing game. The difference will come down to depth and which team plays mistake free or makes the least number of mistakes. Bonner has the leg up in special teams as their Punter and Kicker Irv Fisher has converted 35-40 PAT’s so far this season. That will play a major role in this game as points at time may be hard to come by. Against Boys Latin at times Bartram struggled defensively containing the mobile QB, with Bonner using multiple rushers & multiple QB’s that may be the difference as Bonner’s defense has fared much better against the run.