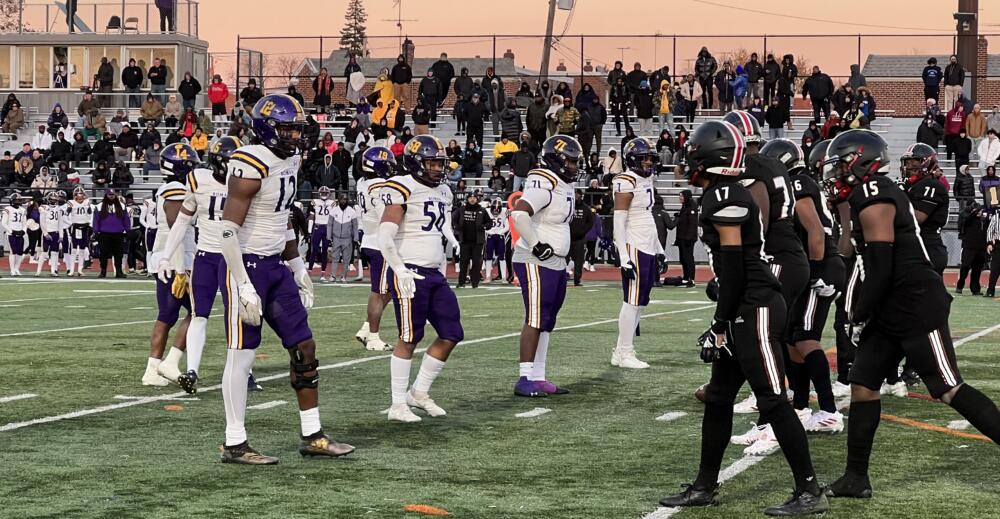 A cold night at Northeast Supersite in Philadelphia showcased two defenses battling it out for the City Championship and a spot in the PIAA 5A State Playoffs. For the Imhotep Charter Panthers a night full of penalties and moments that would make anyone stand up in their chair. But in the end with the help of two scores from quarterback Mikal Davis Jr, the Panthers punched their ticket to the next round and secured a District 12 5A Championship.

It wasn’t all bright for the Panthers in this one. On the opening kickoff Mao Howell scooped up the kick and took it to the house. Everyone in the stadium was full of cheer as well as a little bit of shock. Roman was up 6-0 after a failed point after attempt. But for the Panthers coach Devon Johnson knew he had to keep his team calm.

“After the first drive I saw that we could drive the ball on them and they couldn’t move the ball on us,” Johnson said. And he was right this would be the only time Roman Catholic would have a play of 25 plus yards. Johnson also said his defense deserves all of the credit for the win tonight.

Later in the first quarter Roman would make the first of a few costly mistakes in the game. A fumble recovered by the defense at the 44 yard line acted as a momentum shift for the rest of the game. But it wouldn’t come quickly.

With just 10 seconds left in the first half Mikal Davis Jr. would find paydirt for the first time giving the Panthers a 7-6 lead going into halftime.

To open the second half Roman had a chance to take the momentum back. Quarterback Semaj Beals connected with Jah Jah Boyd for a 31 yard strike but was called back due to a holding call. The Panthers defense would hold and force a turnover on downs at the 30 yard line.

To open the fourth quarter the Panthers defense forced another turnover after Amir Valentine leaped for an interception. Later in the same drive Davis Jr. would once again dive in from a yard out to extend the Panthers lead to 14-6 with a little over 5 minutes to play.

“Being a quarterback here at Imhotep Charter you have to hold a big name for yourself, so you have to take the game in your own hands and score touchdowns,” Davis Jr. said.

Mikal Davis Jr. with the one yard touchdown to take a 14-6 lead with a little over 6 minutes to go. @TepFootball @kelldavis12 pic.twitter.com/qiE1RsA82b

Roman had one last opportunity to strike but failed and was forced to punt. On the very next play a fumble by the Panthers offense was recovered at the 25 yard line. However, Johnson and the Panthers were prepared for the “911 situation.” The Panthers stuffed Jamir Robertson on the two yard line on fourth and goal to take over. A few plays later Davis Jr. put the team on his back and dragged defenders for the game sealing first down run.

For Roman Catholic a season full of positives has unfortunately come to an end with a 8-3 record on the year.

For the Panthers a birth in the PIAA State Playoffs next week against Whitehall at a time and place to be announced. For updates on when and where this game will be played make sure to visit our bracket pages.