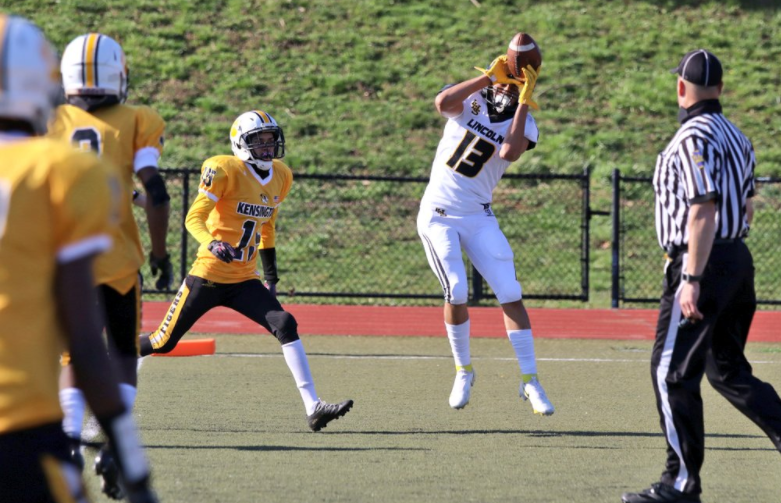 [[All pictures in this article are by @Sykotyk]]

For the first half during the Spring League battle at Abraham Lincoln High School, it looked like the March afternoon wind would be the 12th defender against both Lincoln (2-0) and Kensington (0-2).

Though the temperatures were an unseasonably 80 degrees, the 45 MPH+ wind gusts were a telltale sign of spring in Philadelphia and a menace for both offenses.

The breezy afternoon wreaked havoc on both team’s game plans in the first half. The heavy wind knocked down passes, led to muffed shotgun snaps, and turned around punts into negative yards.

Mixed with multiple procedural penalties and turnovers by both teams, it seemed like the game was destined to remain scoreless.

“We came out a little flat,” Lincoln coach Hakeem Cooper said. “The way we started the game was unacceptable.”

Late in the 2nd quarter, as the Kensington Tigers began putting together a drive deep into Lincoln territory, the wind played defender once again. Sending a snap off course, a Lincoln defender snatched it up and ran the football back 53 yards to just short of the goal line.

Starting at 1st-and-goal at the 3-yard line, it looked like the Lincoln Railsplitters would easily punch it in with 25 seconds left in the half.

Unfortunately, two straight procedural penalties would complicate things, pushing Lincoln back 10 yards. But on 3rd-and-goal from the 13, sophomore quarterback Khani Knight connected with receiver Xavier Irrzary for a touchdown as the half expired. After a failed 2-point conversion, the Railsplitters lead 6-0 going into the second half.

In the second half, Lincoln began piling it on. A hard-fought drive ended up with a Railsplitter touchdown on 4th-and-goal from the 10 via a slick pass from Knight to fellow sophomore Daniel Gardee, putting Lincoln up 14-0 after a successful 2-point conversion.

Following a Kensington 3-and-out, the Lincoln quarterback struck again with a 25-yard strike to freshman Saahir Strong-Teagle, extending the lead to 20-0.

The struggling Tigers offense fumbled the snap on the next play.

Lincoln would take advantage three plays later with a 21-yard strike from Knight to sophomore Darius Hill, cruising to a 28-0 victory after a successful 2-point conversion. 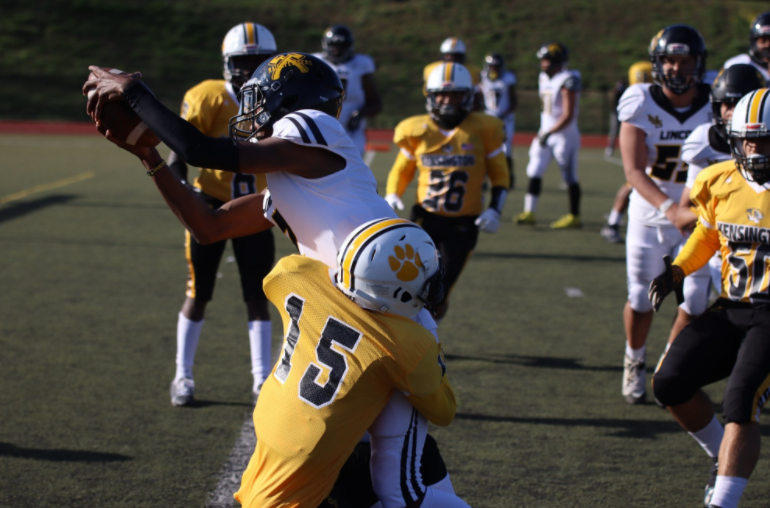 “We had to turn it up in the second half,” Lincoln quarterback Khani Knight said,” and we got the ‘W.’ That is all that matters.”

The passing game in tough weather conditions announced the young Railsplitter talent as contenders for years to come. Furthermore, the second straight shutout of the season put the Lincoln defense on the map as well.

“Hopefully we get a third, “coach Cooper said about extending the shutout streak. “I always preach that the defense is the heart and soul of this team. Our entire team feeds off their energy.”

With the win, Lincoln moves to 2-0 on the Spring Season, notching back-to-back shutouts. Kensington falls to 0-2. 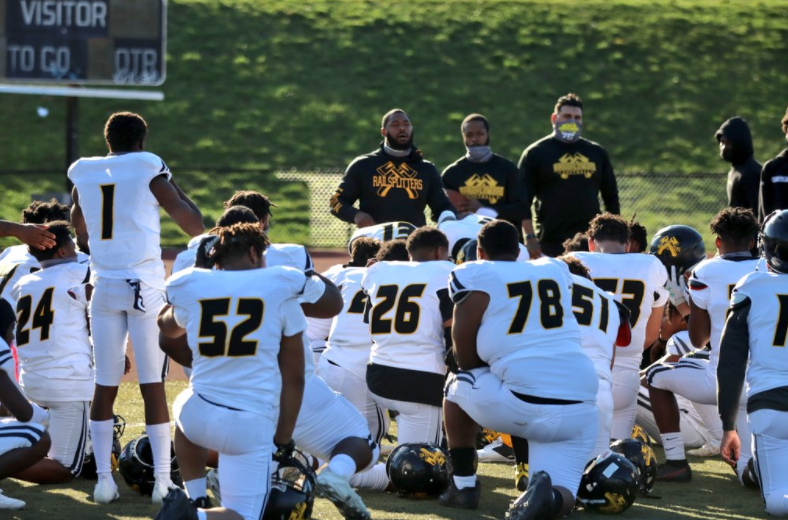 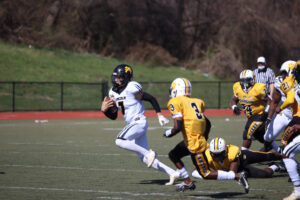 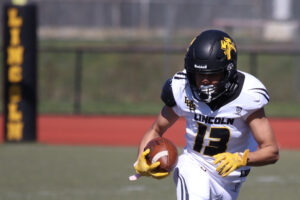 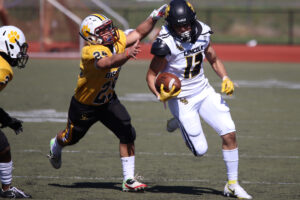 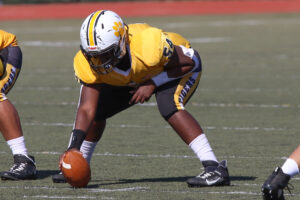 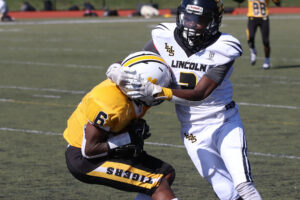 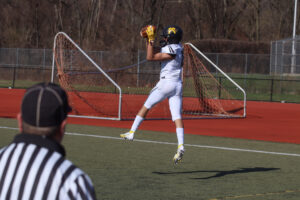 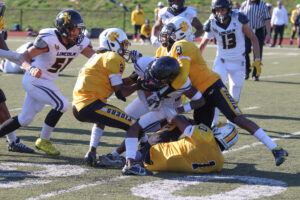 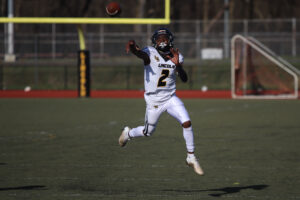 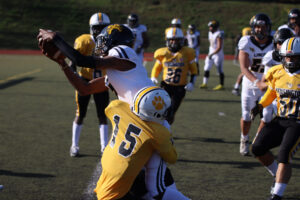 For photos from previous weekends and seasons, visit http://www.flickr.com/sykotyk/sets/