Mastery Charter dominates second half for win over West Philly 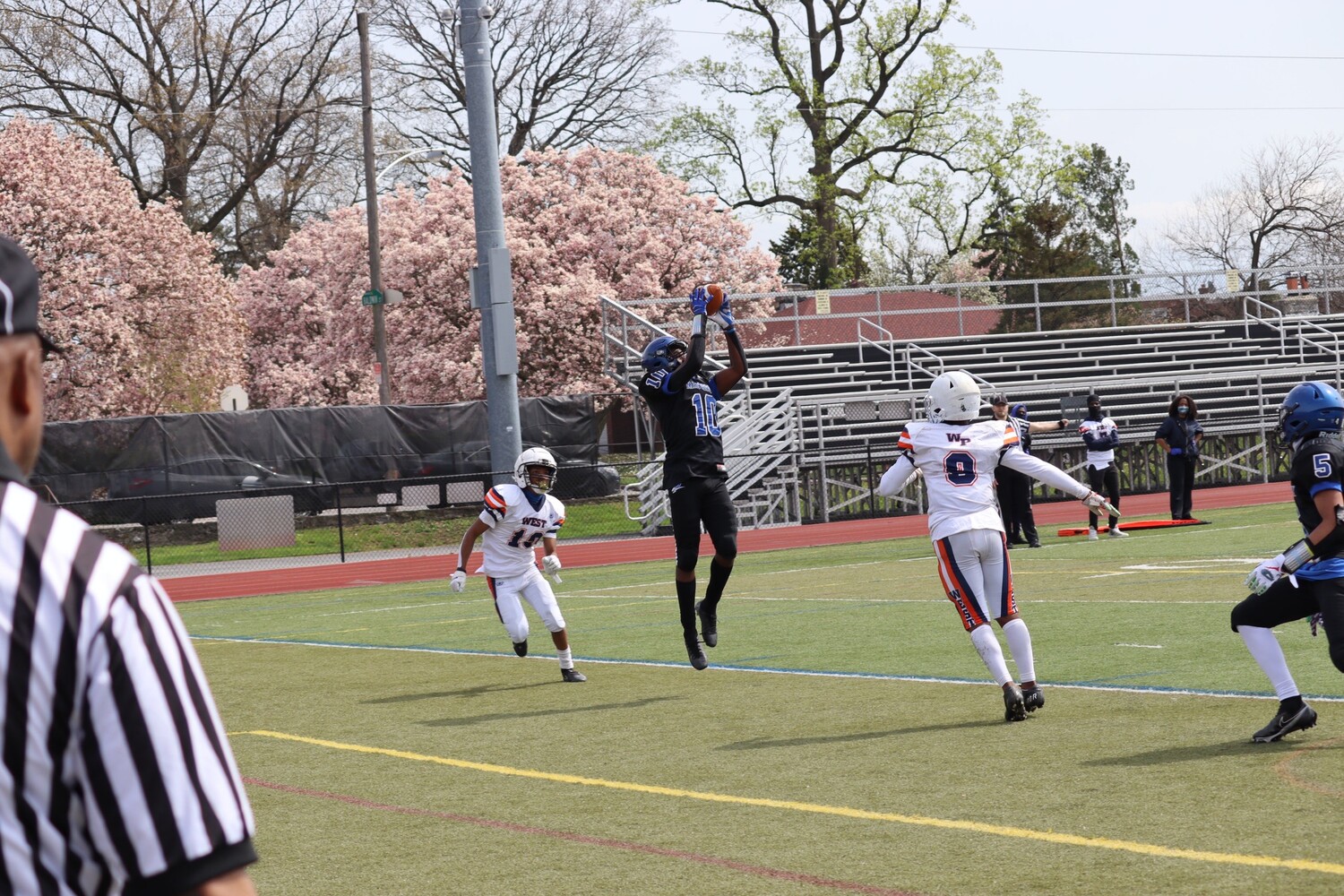 It’s coaching that wins games, when the coaches make the right decisions.  Mastery Pumas head coach John Davidson made such a move and it paid off with a win. “We felt like he was going to do a better job for us” he said of moving sophomore Jahmik Eaddy to quarterback in place of Hudaifah Patton, who moved to wide receiver in the second half.  The two became a formidable connection and hooked up at one point for four straight receptions for 79 yards and the Pumas first score. Mastery went on to win the game 12-7 on a beautiful spring day.

West Philly has some good athletes and in the first half they looked to be showcasing their skills.  On their second possession of the game they had good field position inside the 50. Carlos Rivera hit Donte Armstrong for a 22 yard gain to the 26, then he found Dhani Billops-Hunt from 19 yards out to put West up 7-0 after the kick.

In all, Rivera had a nice first half completing 4 of 5 passes for 62 yards and the score.  The Speedboys appeared to be heading for another score late in the first half but a great play by the Puma defensive backfield forced a turnover on what would have been a first down pass play.

With the score 7-0 in favor of the Speedboys, and the Puma offense struggling, the change coach Davidson made started to pay dividends.  After not moving the ball on their first series, the Puma offense started to click, namely the Patton/Eaddy connection. Mastery scored on a 21 yard td pass between the two at the 1:40 mark in the third.

It was here the defense for the Pumas kicked in.  On the first West play following the TD, Mastery’s defense decided to step it up and forced a fumble, giving the offence the ball at the 27. Patton and Eaddy connected again, the second a stellar jump ball grab. 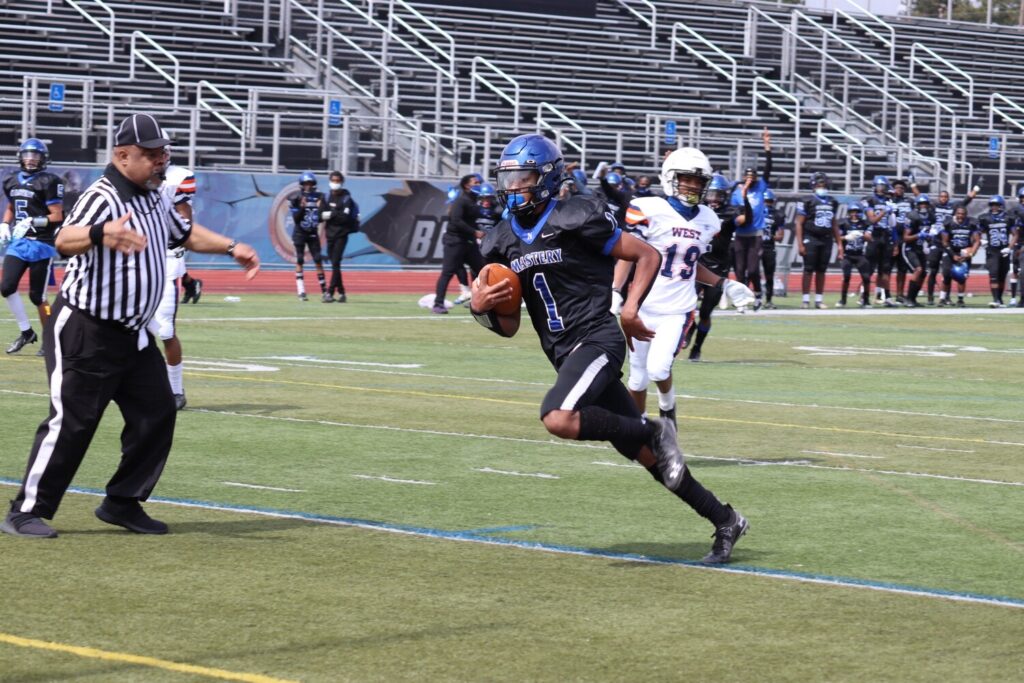 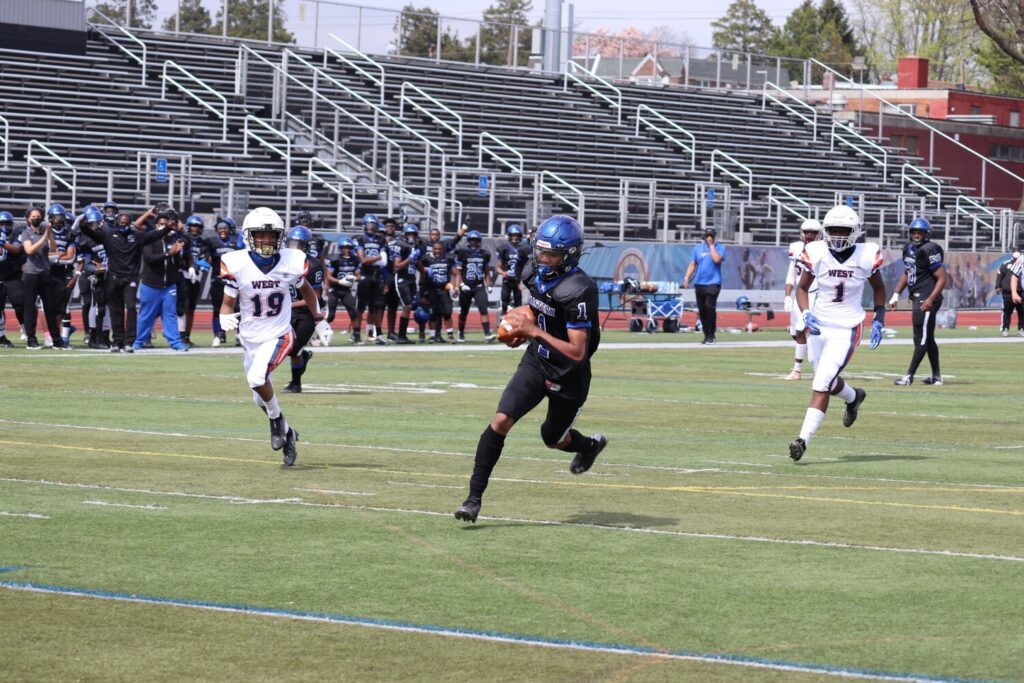 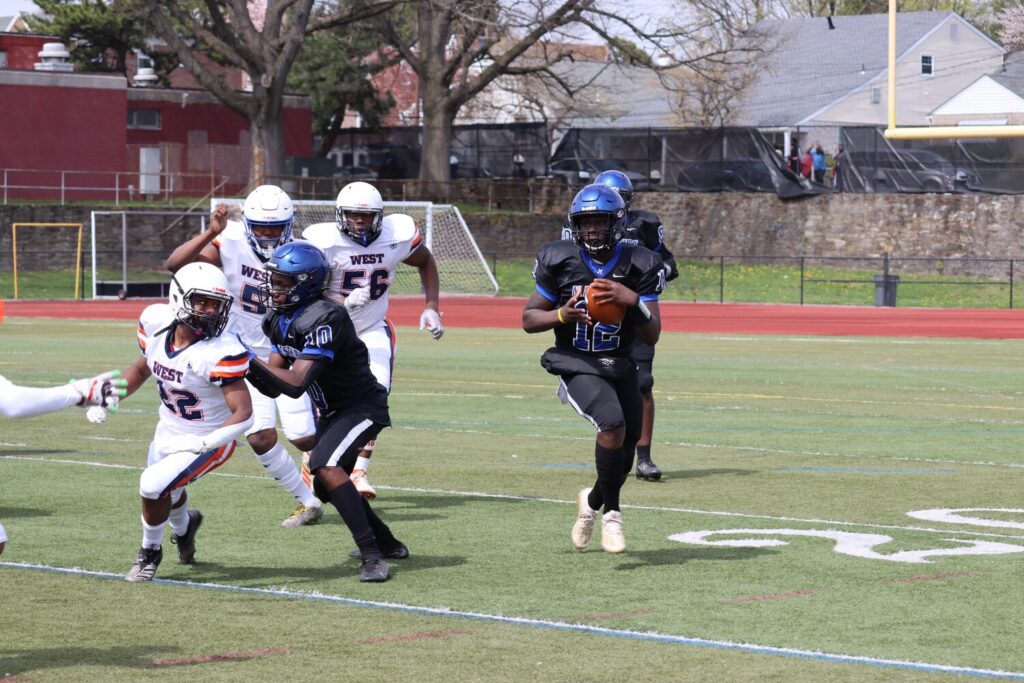 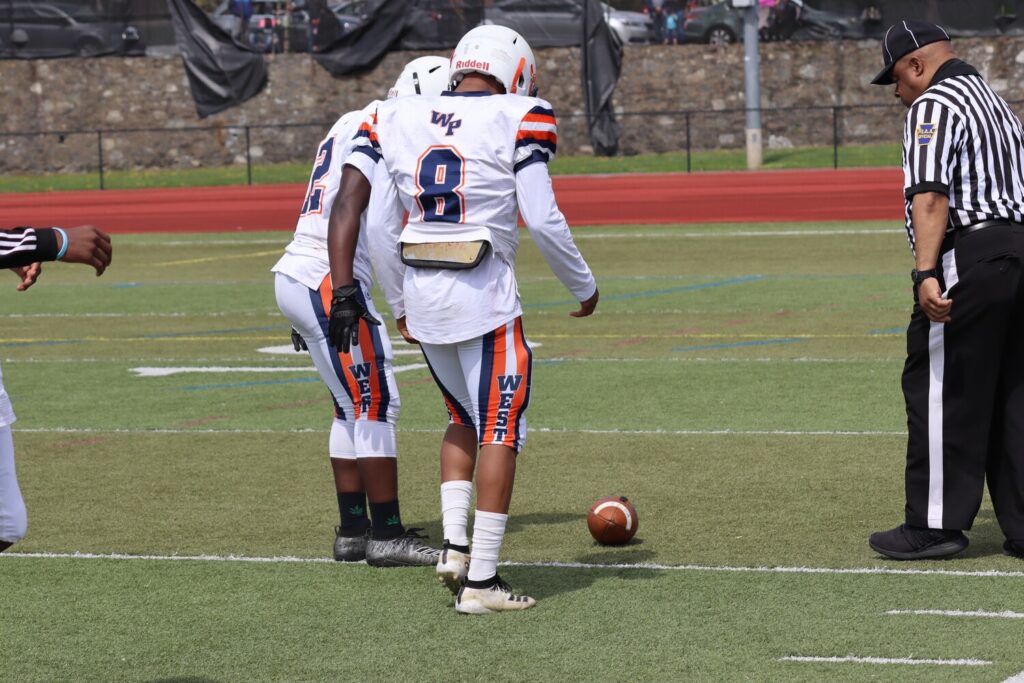 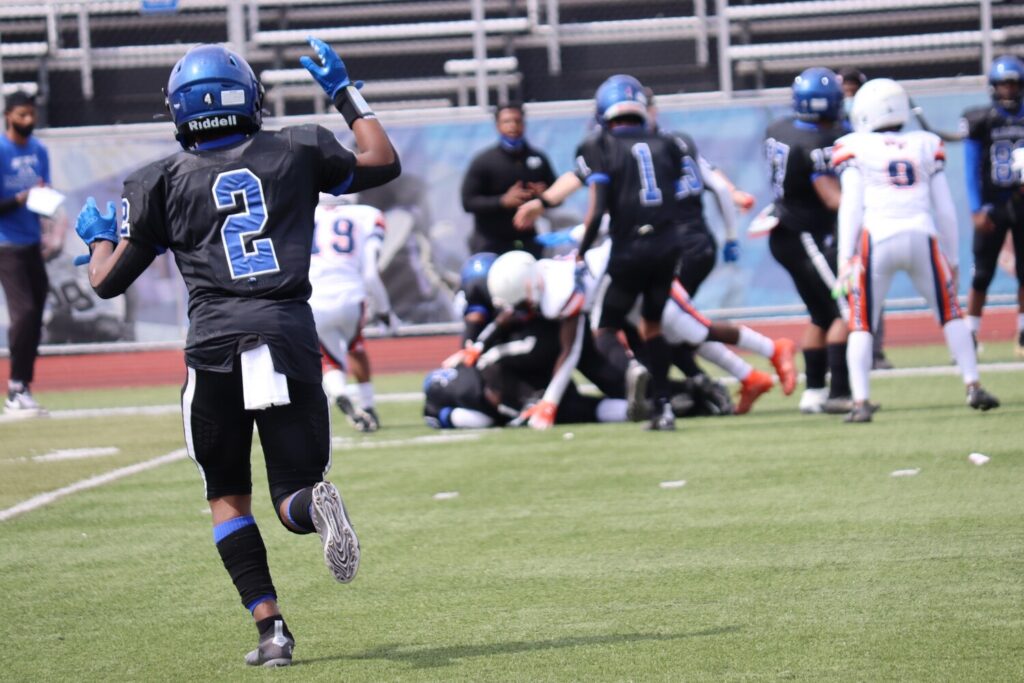 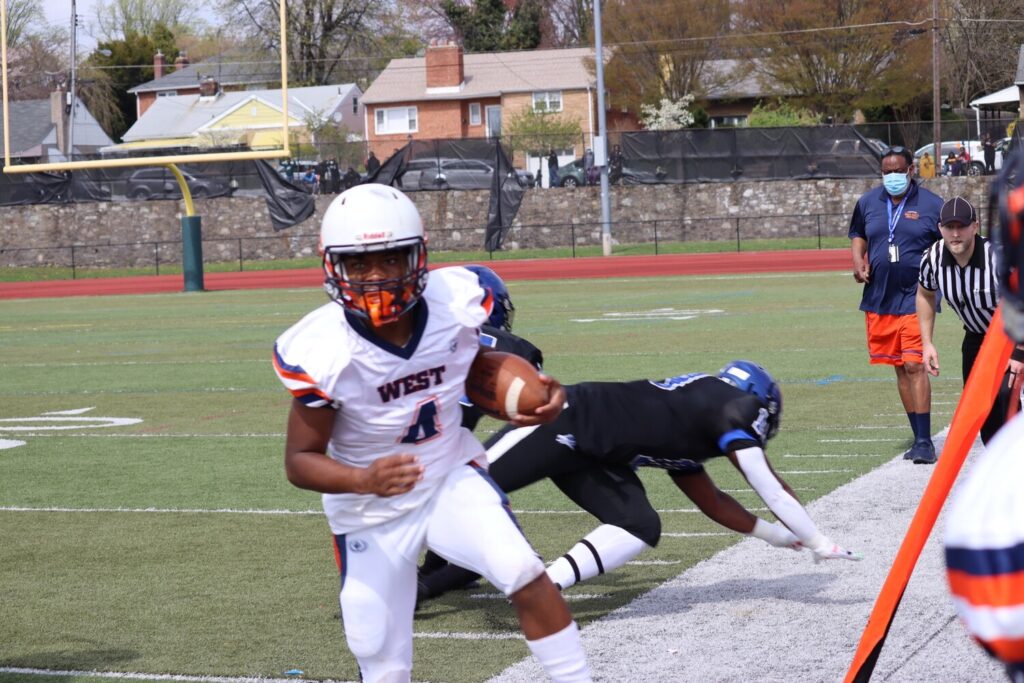 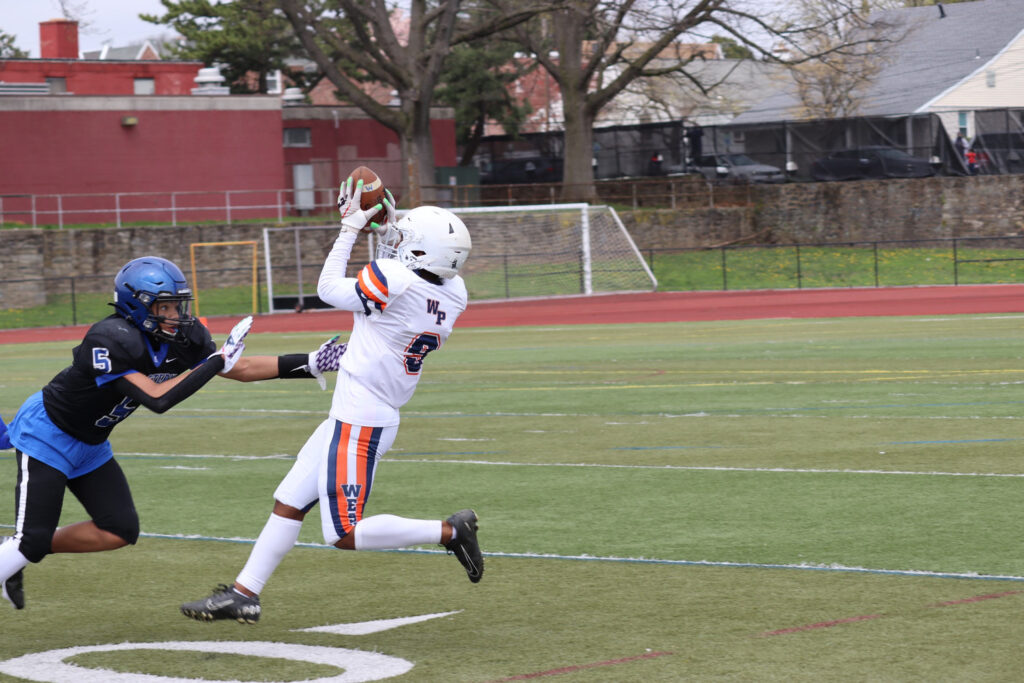 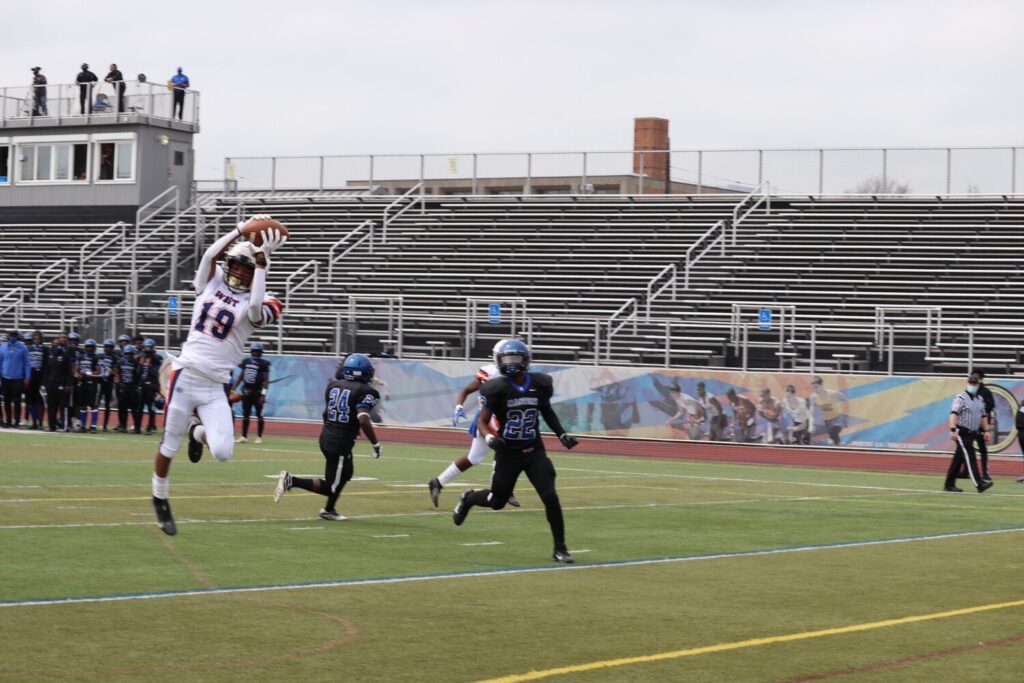 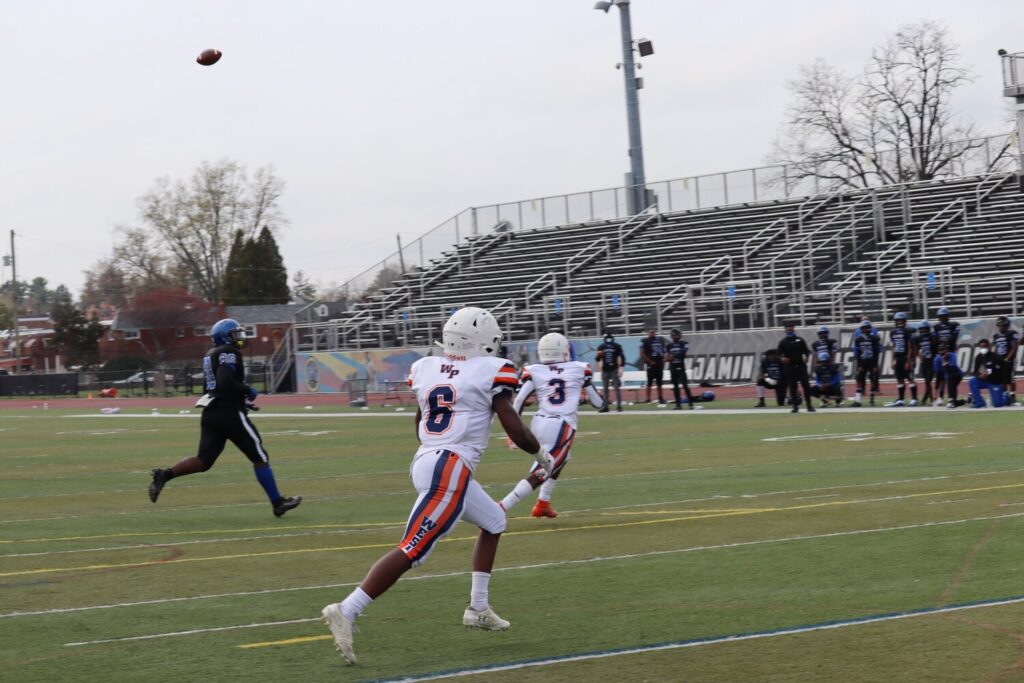 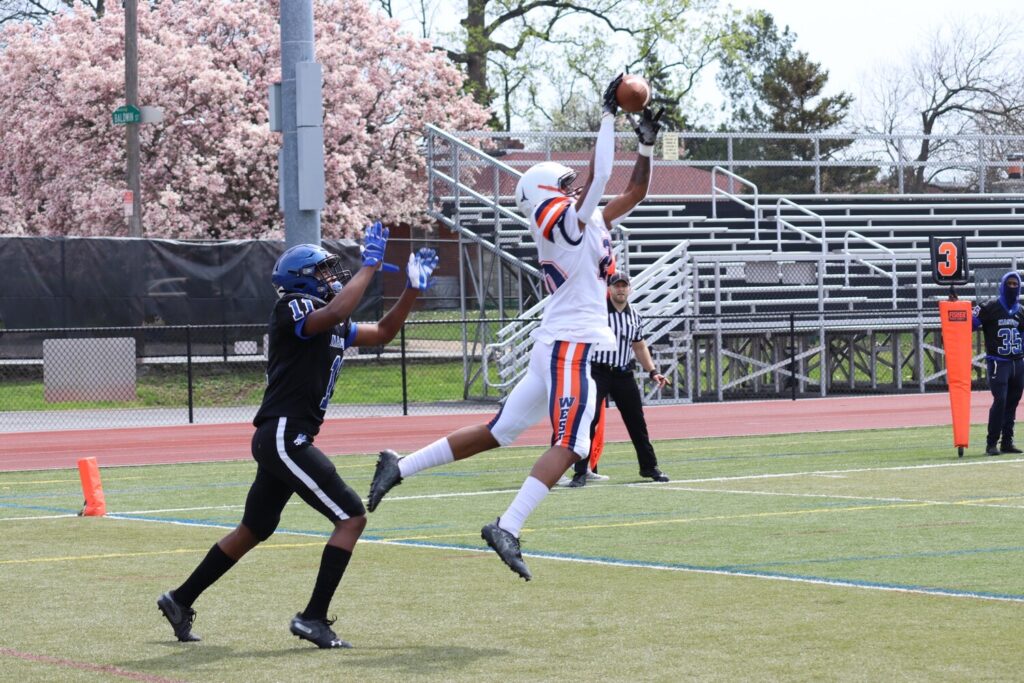 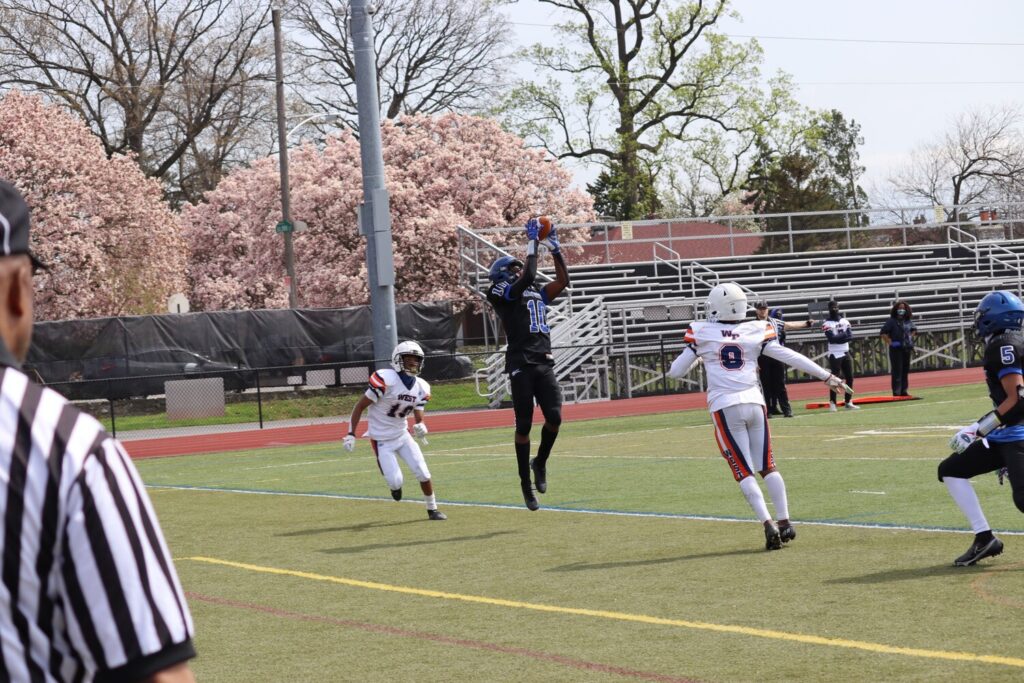 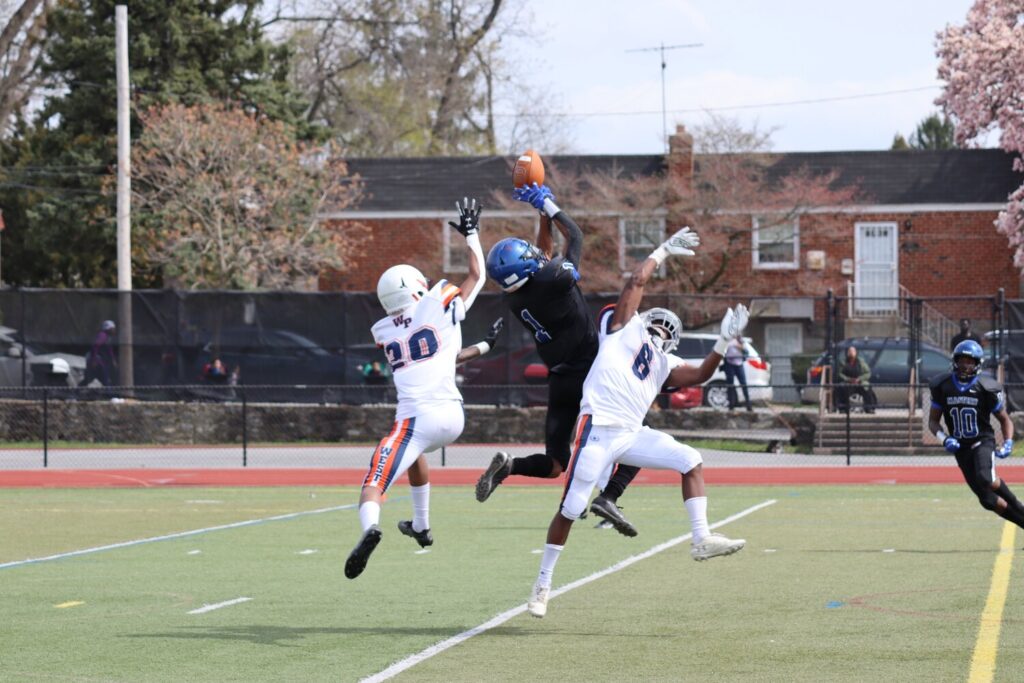