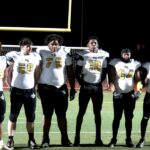 For a team led by just 6 seniors, it sure didn’t take long for the Saints to show they came to play Friday night. Right away, on the opening kickoff, #23-Jayden Styles caught the ball and raced down field 80+yards to the endzone for the games first score of the night. After a failed two-point try, the score was 6 to 0, Neumann Goretti.  Now, it was the Cougars turn, and about midway through the first quarter, MLK responded with a touchdown of their own when #15-Karon Ballard hauled in a 13 yard pass from QB-Lamir Kitchens to tie the game, a failed two-point attempt of their own left the score tied at 6.

With the score still tied in the second quarter, Martin Luther King had to punt to Goretti, two or three plays later, the Saints give the ball back to the Cougars by way of a fumble. MLK would march down the field into Saints territory only to have the drive stall, punting back to the Saints.

Goretti would take over at their own 15, and with patience and determination, the Saints would go down the field, taking time off the clock, and eventually putting the ball across the goal line when the running back would score from about 1 yard out to retake the lead 12 to 6 after yet another failed two-point attempt. Just before time expired in the first half, we were blessed to witness a great stick tackle by the Saints defender Khar Reid. The score at the half was 12 to 6, Goretti leading MLK !

To begin the second half, MLK would receive the ball only to give it up once again just one play later by way of interception. Saints would take over already in MLK territory early in the third quarter and after a couple big plays, the Saints would add to their lead when Goretti’s #11 would score. Once again, the two-point conversion failed and the Saints would now lead the Cougars 18 to 6. The Cougars would fumble again on their next possession, this time, would be returned for a Saints touchdown, the extra point was good to make the score Goretti – 25, MLK – 6.

In the fourth quarter, the Saints would again recover a Cougars fumble and return about 80 yards to the endzone to extend their lead over MLK 31 to 6 after yet another failed two-point conversion. This would eventually be the score at the end of the game as well, giving Neumann Goretti a 2-1 record to finish the season.

Talked with the Goretti Head Coach after the game… will share that interview later tomorrow after the UNITEDX Championship game between Harry S. Truman(3-2) vs Chester Clippers(4-1) at 1pm. 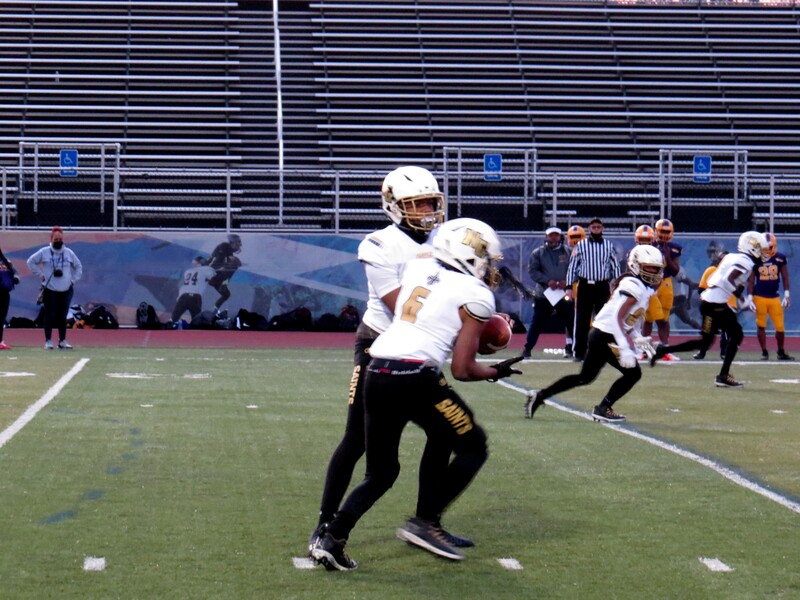 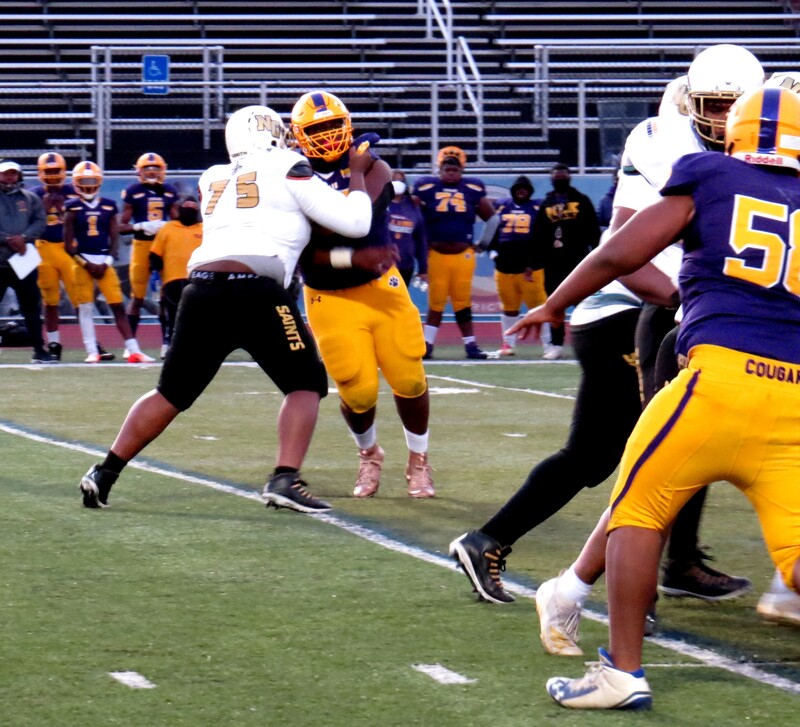 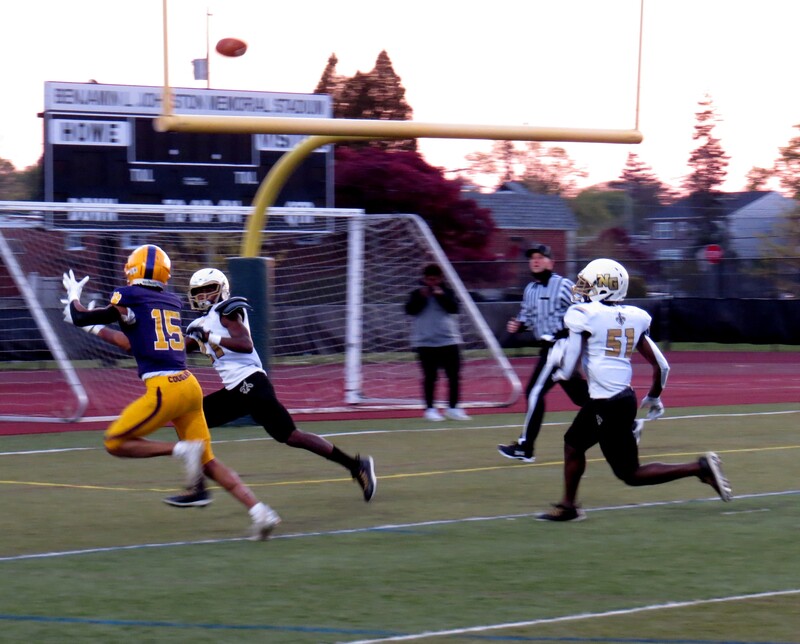 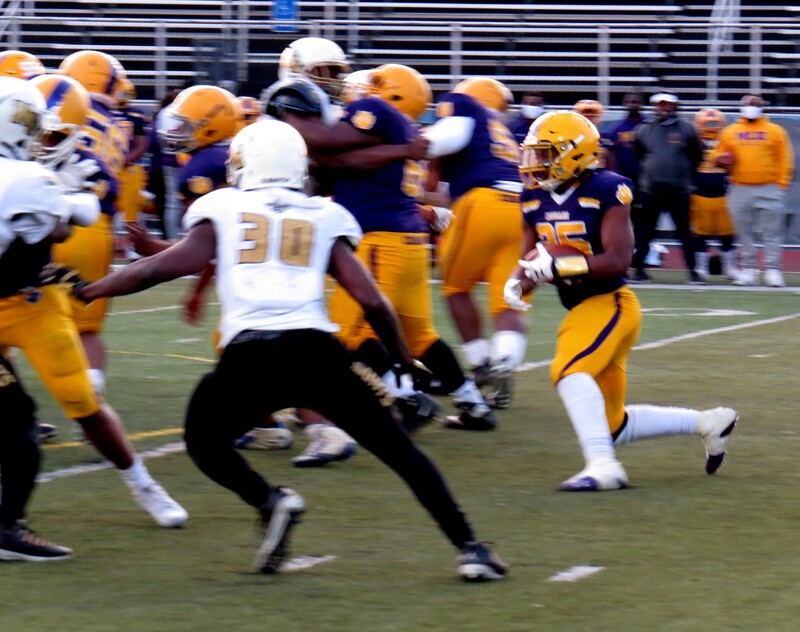 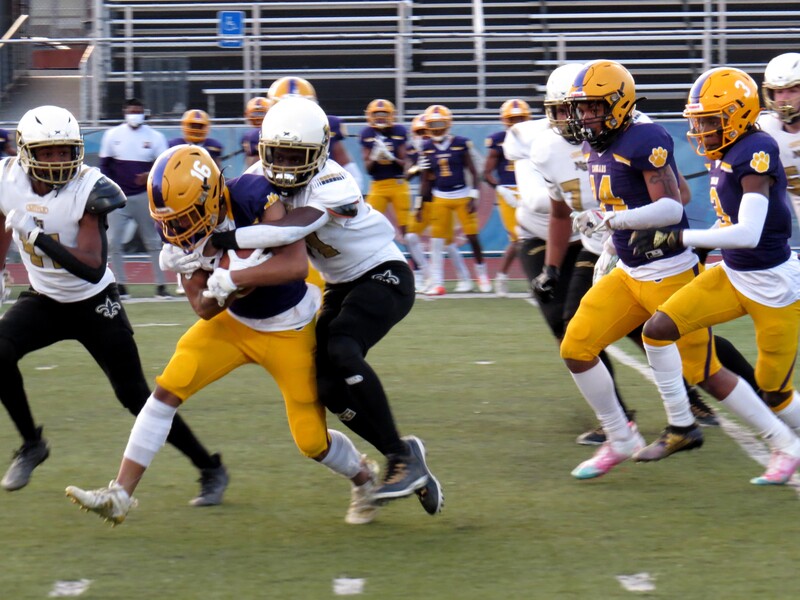 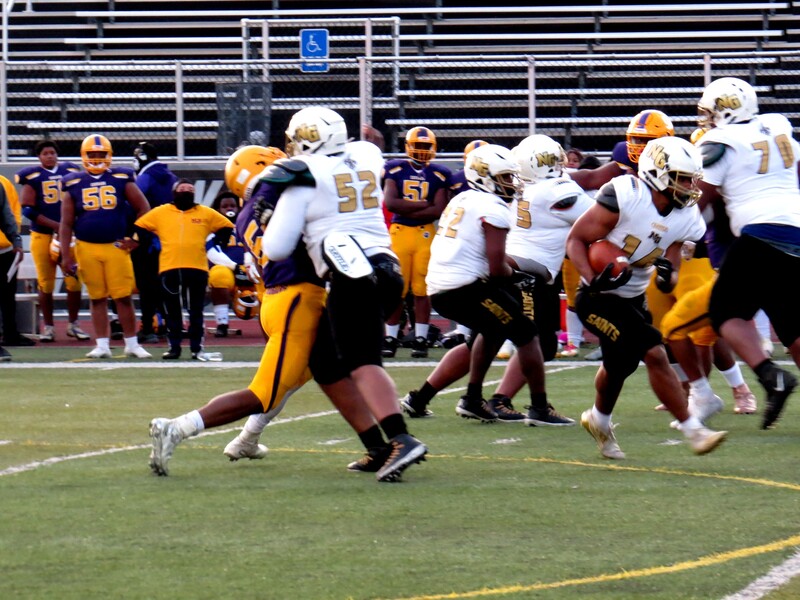 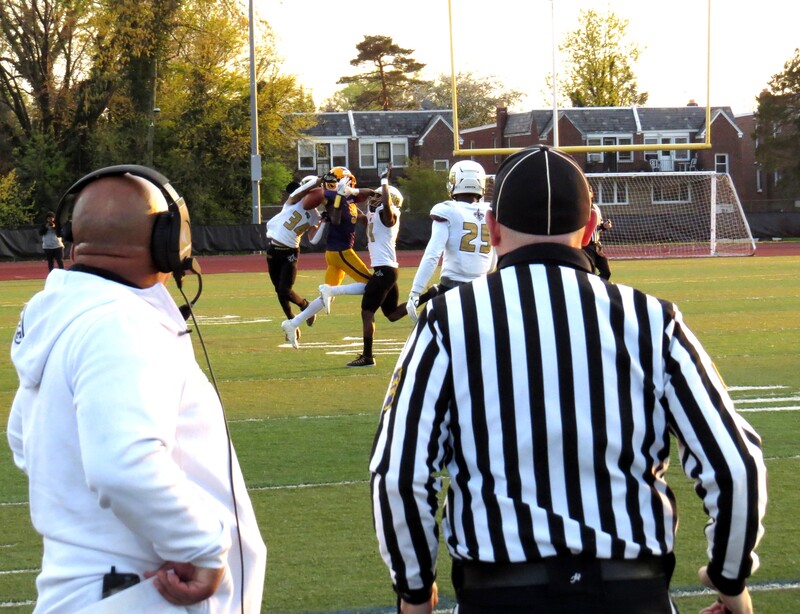 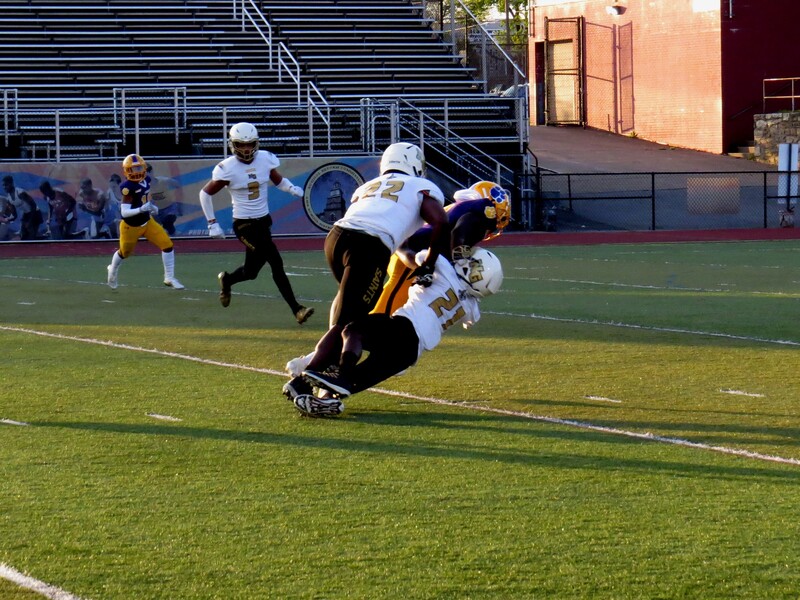