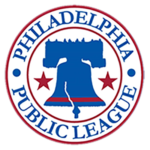 The Liberty Division is comprised of 6 teams with 4 of them being in 5A (King, Franklin, West Philadelphia, Mastery). Lincoln and Central are both 6A programs. The division is unique this year with Lincoln being bumped up and MLK dropping down from the Independence division. King, Mastery and Central are all within a 20 minute ride from each other which creates some great neighborhood games this season.

Lincoln: The Railsplitters are led by HC Hakeem Cooper and are in their 1st year in the Liberty Division. They finished 7-3 in 2021 with a stout defense and fast paced high scoring offense. To prepare for the tougher league schedule they have 3 tough non-league games against Cedar Crest, Haverford & Pittsburgh Central Catholic. Their offense has gained a key transfer in Sr. RB Terail Greene (Northeast) while also returning WR Sr. Darius Hill & So. Ziyyon Bredell. The Railsplitters have a wealth of talent on offense in what should be an high powered offense. Their key to winning the division is them being able to get stops on defense while also controlling the LOS on both sides of the ball.

Martin Luther King: Led by HC Malik Jones enter the season looking to right the ship. The 2021 season the Cougars were extremely young & inexperienced but battled against the best in the Pub week in and out. They were able to salvage the season winning 2 of their final 3 games to finish the campaign 2-7. This season after being placed down a level in competition look for the Cougars to have more success. They did take a loss with losing Jr. TE/LB Shyne Roberts (Upper Dublin) but return many key players with Jr. WR/DB Sahfi Reed (Syracuse & UConn offers) who also doubles as a track star & So. Athlete/LB/DE/TE Khalid Bueno (Bowling Green offer), Jr. LB/TE Kasir Wimber & Jr. CB Tymir Barnes all returning. The Cougars are expected to compete with Lincoln for the division title with the experience of playing such a tough schedule last season & retaining most of the players from last year.

Boys Latin: Led by 1st year HC Marcus Fulton the Warriors looks to build off a up-down year in which they finished 4-6 falling in the last minute of the PL 4A championship game to Bartram.  They’ll have to replace two key offensive weapons in QB Seth Cobb (Middlebury) & WR Solomon Cobb as well as all state DE Ibrahim Diawara (Shippensburg) who all have graduated. They do however return LB Sahil Atkinson & So. DB/Athlete Malachi Williams. Coach Fulton expects to compete & see his very capable players being explosive all over the field.

West Philadelphia: The Speedboys are led by 1st year HC Karl Patrick more commonly known as Coach Bubb. The Speedboys are coming off a 2-6-1 campaign that ended on a positive note winning the annual Turkey Day Rivalry game against Overbrook. They were very young, inexperienced & at times self-destructing but return a strong core along with some transfers/incoming freshmen. They did lose Athlete Carlos Rivera, DB Tahjere Alson-Jackson & Elizijah McClaughlin to graduation. Key players to watch are Sr. DT Daieem Stanley, Sop. FS/WR Zakih Camara & Sr. DL Jaleim Patton. Coach Bubb states “We are very young but big upfront. If we can control the line of scrimmage we should win games. Our experience at the WR position should help us as well.”

Benjamin Franklin: The Electrons are led by 1st year HC Eric Moran who had previously served as an Assistant Coach. The Electrons went 4-4 last season after finishing their season with a loss to MLK in the first round of the playoffs. The Electrons lost OL/DL Cinseir Lambert (Eastern University), OL Yahzid Thomas & QB/RB/SS Nafis Smith (Frankford). Returning for Franklin are OL/DL Jahmir Collins, Sr. CB Hydeeph Jordan & Jr. Edge Vernon Young. The Electrons will be competitive weekly and should be physical at the line of scrimmage. Last year they struggled offensively with an additional year of chemistry and decent depth at WR/RB they should be able to put points up week in and out.

Overview: The top of the division will be a battle with not much separating Lincoln & King. Both have Division 1 prospects and great coaching. Lincoln being able to make the playoffs & win their opener last year bodes well for them while playing better divisional competition. As a whole this division is better this year with Franklin, Mastery, Boys Latin, Central & West Philadelphia all having good teams who should be competitive. The issue for most teams in this division outside of Lincoln will be depth as most are around 30 players. Look for King & Lincoln’s matchup to determine who wins the division and also a very spirited West Philadelphia team to shock a few teams with their new staff and retaining some players who were young. The Speedboys probably have the largest line in this division averaging roughly 270 across the board.

Top 10 Players in the Division