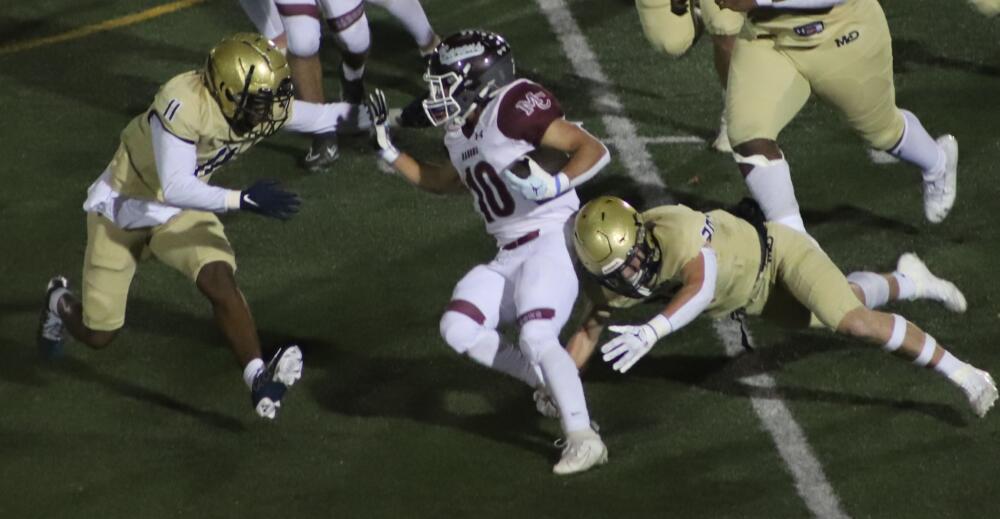 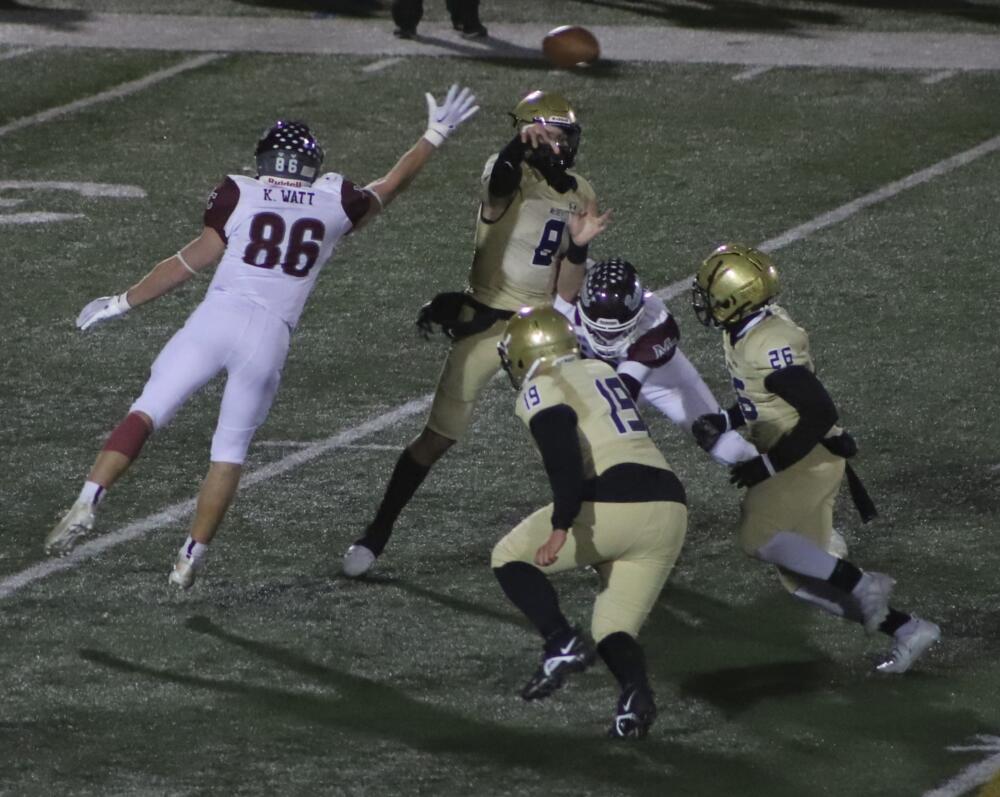 The Bishop McDevitt Crusaders roll past the Manheim Central Barons 40-0 in the District 3, 4A Championship game. Next week they’ll face either Bonner-Prendie or Crestwood in the Eastern final.

Manheim Central received the opening kick-off, but the quarter started off slow. Both teams controlled the line of scrimmage, and neither was able to make much of a gain on the field. The 1st quarter ended 0-0.

The 2nd quarter was looking to be the same, but then McDevitt’s Marquese Williams broke open the game by running the ball in for a touchdown and putting the Crusaders on the board with 9:03 on the clock. They missed the PAT, and the score was 6-0. The Barons were able to put together a decent drive on their next possession, until Jaire Rowlison intercepted the ball and ran in a 67-yard McDevitt touchdown. With 7:48 left in the half, McDevitt found themselves up 13-0. Rowlison’s pick six changed to mood of the game, with McDevitt finding their groove and Manheim Central loosing theirs. With 3:22 on the clock, McDevitt scored their 3rd touchdown of the quarter from a Stone Saunders 35-yard pass to Rico Scott, bringing the score to 19-0 in the 2nd quarter. Manheim Central had several costly penalties, and with less than a minute left in the half, McDevitt scored again, after Saunders threw a short pass under pressure to Williams, who ran it in for 64-yard touchdown. On Manheim Central’s final possession of the half, McDevitt’s Tyshawn Russell forced a turnover by intercepting the ball. With just seconds on the clock, McDevitt ended the half by taking a knee. At halftime the score was McDevitt 26, Manheim Central 0.

McDevitt opened the 3rd quarter by receiving the ball but fumbled in their opening drive and on their own 33-yard line, which was recovered by Wyatt Kupres for the Barons. Manheim Central couldn’t capitalize on the turnover and had to punt the ball back to the Crusaders. McDevitt wasn’t done scoring for the night and with 7:21 left in the 3rd quarter, Saunders found Rico Scott, who ran straight up the middle for a 70-yard touchdown bringing the score to 33-0. The Barons did attempt a 33-yard field goal, but the wind was not kind to them, and they missed the kick. The Crusaders continued on their tear and with 1:24 left in the 3rd, Williams ran in a 42-yard touchdown. At the end of the 3rd, McDevitt was up 40-0.

Neither team found the endzone in the 4th quarter, and the game ended 40-0, Bishop McDevitt. On the defensive side, McDevitt’s Jaire Rowlison and Kade Werner caused all kinds of problems for Manheim Central’s offense throughout the entire game.  Halfway through the 3rd, the Barons had only three 1st downs in the game, and two were a result of McDevitt penalties. In fact, both sides faced costly penalties during the game.

Bishop McDevitt moves on the Eastern Championship game, to be played in Exeter next week. 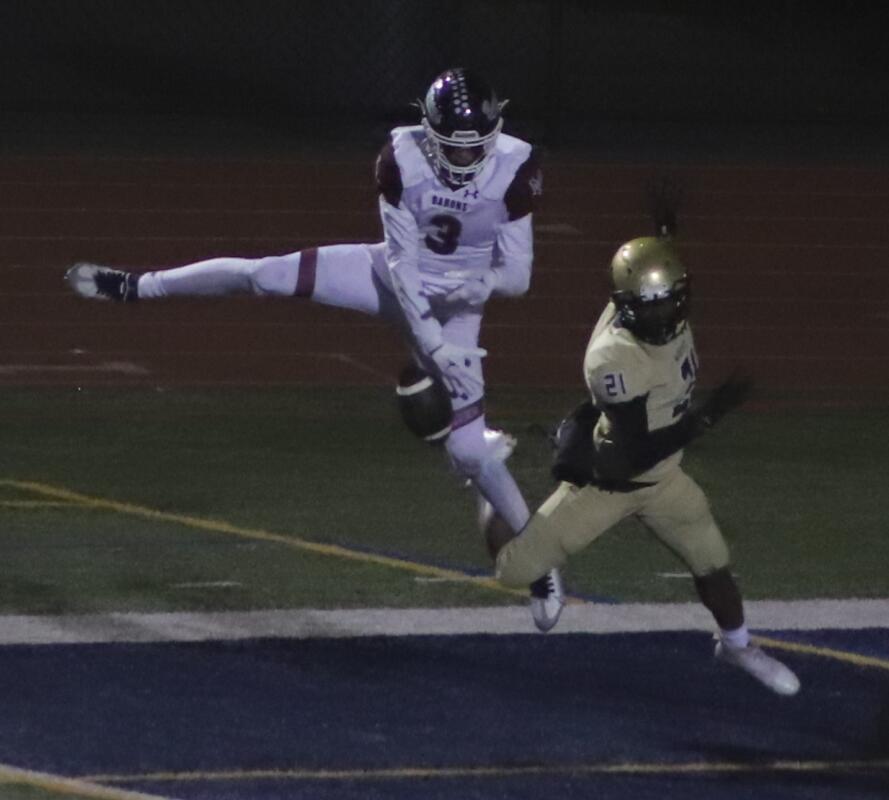 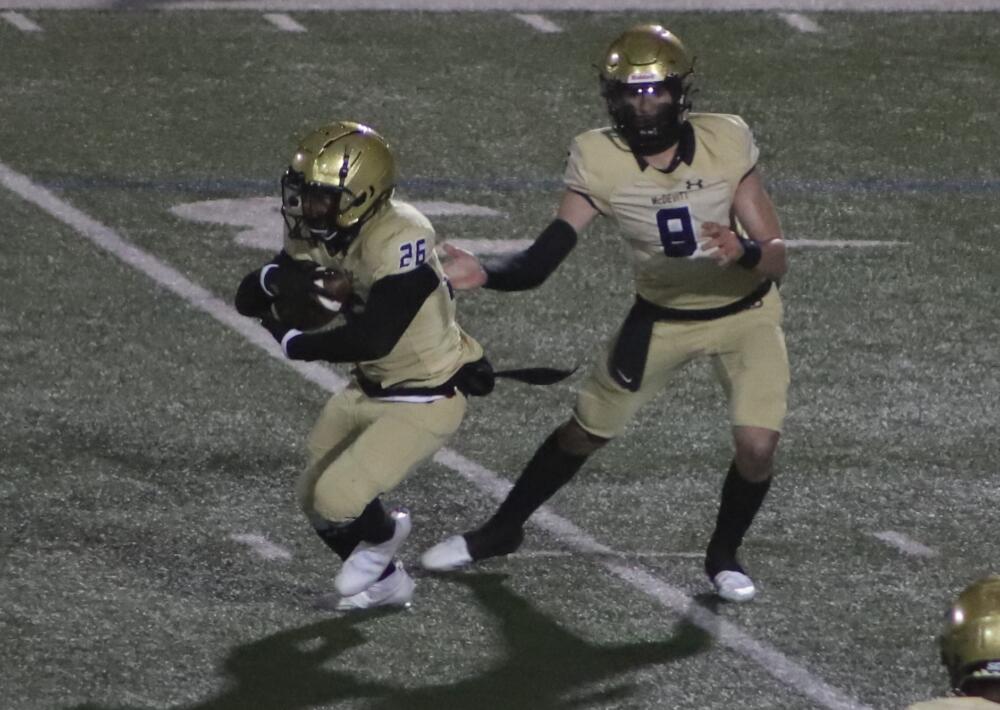 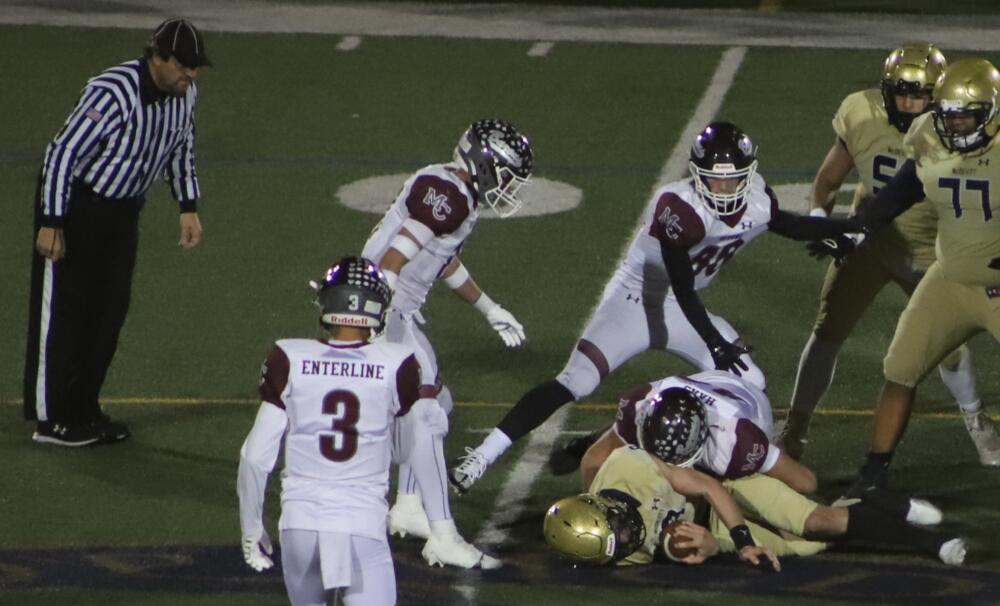