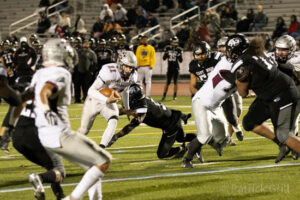 #11 Micah Brubaker with the QB keeper for a touchdown.

Micah Brubaker put on another clinic as a dual-threat quarterback, as Mechanicsburg defeated Central Dauphin East 40-20 at Landis Field in Harrisburg.

Brubaker was 12/19 for 227 yards and tossed three touchdown passes to Tyree Morris, Rashawn Holton and Joey Rowland.  He added another 123 yards on the ground on 15 carries, with 2 touchdown runs of 64 and 2 yards.  James Anderson picked up 126 yard receiving on 5 catches to lead the Wildcats.

The Wildcats would add another touchdown after LB Sam DeLuca intercepted a pass, but fumbled the ball into the end zone from the one, where it was recovered by S Parker Sample for the touchdown.

Central Dauphin scored 13 of their points off of a turnover and a blocked punt in the 2nd quarter.  After Cameron Livingston intercepted a Brubaker pass and returned it to the one, Levi Krebs punched the ball in for the Panthers first score.  Later in the frame, Panther defender Jason Thomas blocked a Nick Morrison punt in the end zone, where it was recovered by Justice Jennings for CD East’s second score.

The Panthers would add a touchdown in the 4th on a 20-yard run by Amir Peace.  Peace would run for 68-yards, all in the 4th quarter, to pace the Panthers. 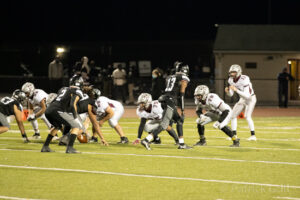 The big guys ready to play. 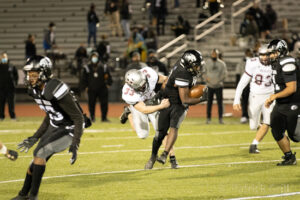 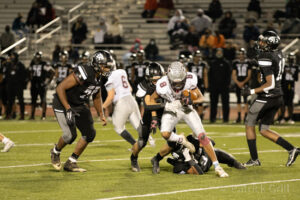 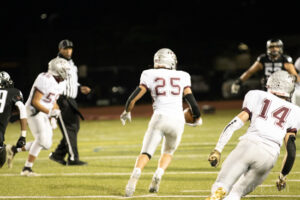 #25 Sam Deluca intercepts a pass and returns to the one. 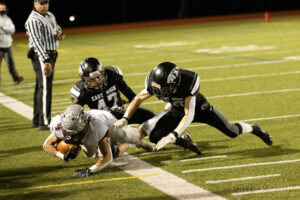 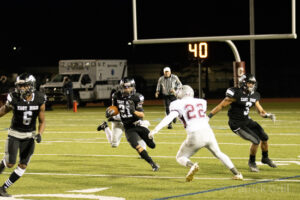 #21 Jayden Sims carries for CD East as #22 Glenn Robinson moves in for the tackle. 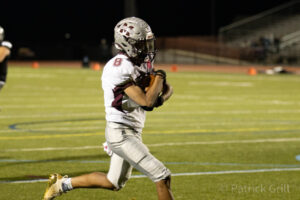 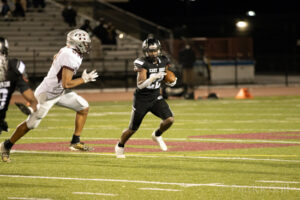 #22 Aidan Chandler carries for the Panthers. 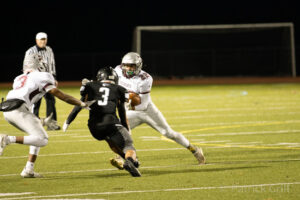 #22 Glenn Robinson carries for the Wildcats. 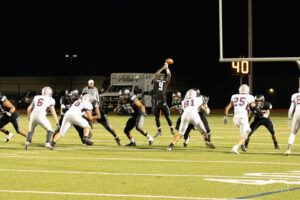 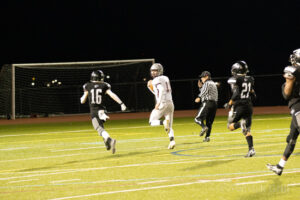 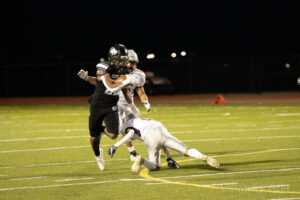 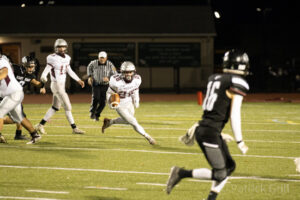 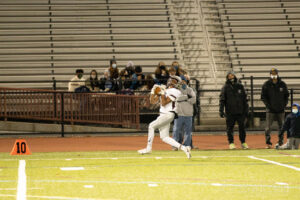 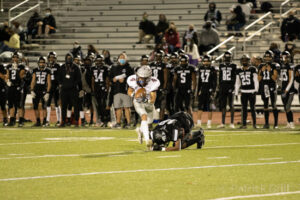 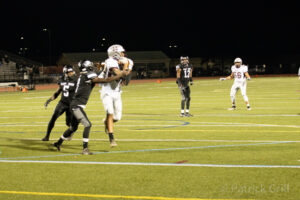 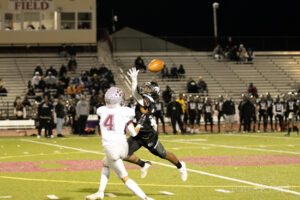 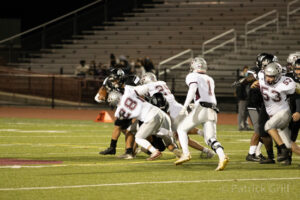