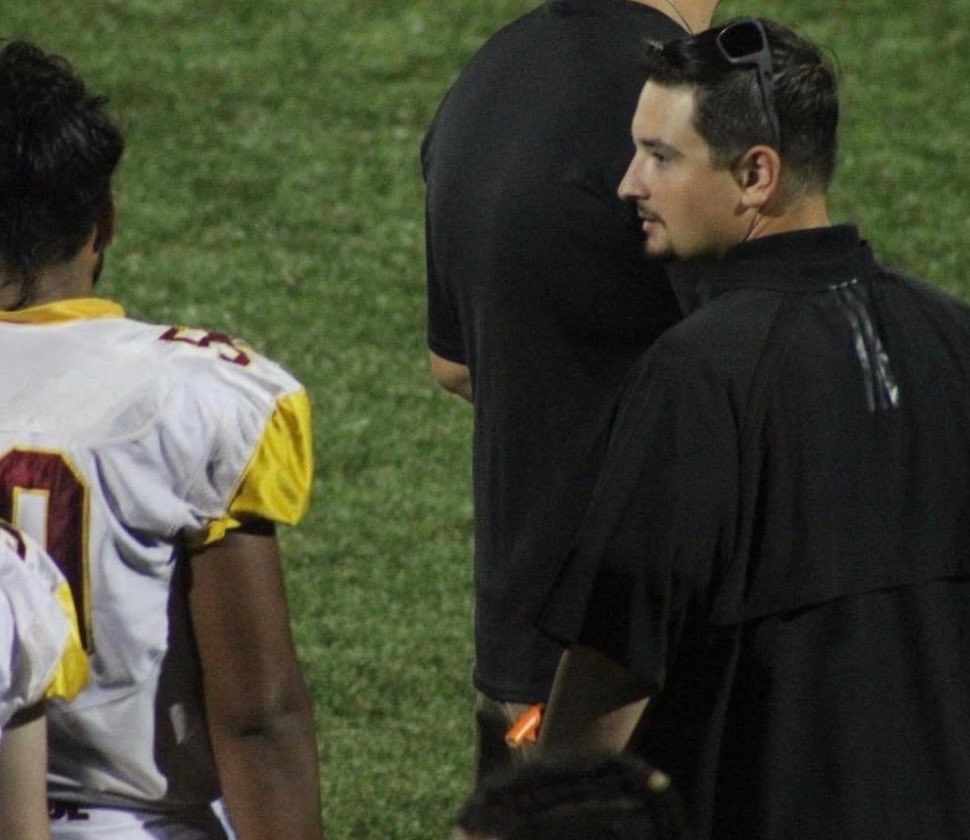 Columbia turns to former assistant Brady Mathias to take over 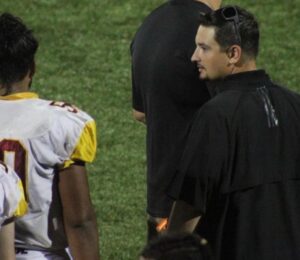 There is a new Head Coach at Columbia and that would be former assistant Brady Mathias. While only 25 years old, Coach Mathias brings a wealth of experience from both his coaching and playing career. The Hempfield alum was also a key staff member on the Crimson Tide’s historic District 3 playoff run last year. Currently working as a Teacher for the High School, Coach Mathias knew this was the right time to take on a Head Coaching role, he stopped by to discuss that, along with a few other topics below:

Carl Frederick: It seems like a lot of time has gone by since Coach Kyle resigned, did you know you wanted to apply for the job initially?

Coach Mathias: The job wasn’t posted immediately following Bud’s resignation, it took a few weeks. When I found out he was resigning, it was something that I was certainly interested in, especially having been a part of his staff and knowing the kids and community. After talking it over with my wife and some of my past coaching connections, as well as some returning players to hear their thoughts on the whole situation, I decided that once the job was posted, I was going to apply.  Being in the School Community certainly helped. I was Board Approved mid-March; it just took a little while to be publicized!

CF: You are a Hempfield and Millersville alum what lead you to begin teaching and coaching at Columbia?

Coach Mathias: It was all part of the journey, honestly! Out of College, I was looking for a teaching job. My search took me all over the place. I had interviews out toward Philly, locally, and places in between. I subbed as a building sub for about half a year at JP McCaskey when the teaching job came open at Columbia in December 2019. I interviewed and it felt like home from the start. The community, students, staff, and administration on the Hill are all incredible. I am so grateful that I landed here. I would not want to be anywhere else.

CF: Talk to us about being on staff for the Crimson Tide’s historic season?

Coach Mathias: It was a wild ride. We certainly wish it would have ended a bit different. All the credit in the world to Bud and what he was able to do with this program. The 5 years he was here showed an upward trend and I commend him for that. We are hoping that we can use the success to keep rolling into the new Section 5 this season.

CF: With the Berks County merger taking place this upcoming season give us your thoughts on being aligned in the new Section 5?

Coach Mathias: It will be interesting to see some new teams. Obviously new opponents provide a unique situation in High School football. Normally we have played essentially the same 10 teams. With Hamburg, Kutztown, and Schuylkill Valley joining us in Section 5 our schedule looks a little different this year. It will be fun to dissect and game plan for some new looks and I hope that we can have success doing so.

CF: The Crimson Tide are losing a lot while returning some key contributors from last year, what will it take to nab another Section title?

Coach Mathias: We are looking for some of returning players to step up as leaders. We are probably not going to be as much of an Air Raid style offense losing Footman. We are going to need to rely on our returning players to really step up and be prepared to see the ball on the ground a little bit more. Saying this though, we still have some serious threats at receiver coming back and are obviously looking to keep them involved. It is going to take us playing within ourselves and handling adversity well. I know they sound cliché but that is super important. Additionally, we will need the continued support of the community, staff, and admin to be successful. Everyone plays an important part in the success of our program. We will need to “Commit to Success “ this season and work to be the best we can. There is no “I” on this team and we need buy in from each and every student-athlete and stakeholder to be successful! Roll Tide!


Its all about the Roll Tide right now for Coach Mathias, can they keep the momentum from last year going? That remains to be seen, but with players like Dominic Diaz-Ellis, Steven Rivas and Artie Poindexter returning, do not expect them to lay down for anyone.