READING- Yes, we have high school football, in March in Pennsylvania. Nine teams from around the Philadelphia area and Reading High School, opted out of the fall season due to Covid concerns These teams formed the United X. In the home opener for the Red Knights they dropped a 26-12 decision to Father Judge on Friday night at Reservoir Field on campus, that is normally reserved for field hockey and soccer. Their usual facility, Shirk Stadium was not available as spectators would not be granted access.

The Red Knights jumped out to a 12-0 in the first half, the first score came when quarterback Amier Burdine ran a sweep around the left side for a ten yard score with just nineteen seconds left in the opening quarter, the PAT was no good giving the home team a 6-0 lead.

Running back Elijah Williams then capped off a 64 yard drive with 10:24 left in the half on a four yard run, the try for a two-point conversion came up short making the score 12-0.

Burdine, who is a sophomore, carried the load in the half rushing for 96 yards on 13 carries, before an injury sidelined him for the remainder of the contest.

Father Judge got on the scoreboard on their next possession when Eric Smith scored the first of his two touchdowns on the night on a fourth and goal from the Reading two yard line, as he outraced the defense into the corner of the end zone with 7:10 left in the half.

Reading was forced to punt the ball from near midfield, when special teams made a big play for the Crusaders as Nymeir Appling, scooped up the ball, on a bounce at the 20, found a lane to his right and outran the Knights would-be tacklers on his way to an 80 yard score. The PAT was good and Judge had taken a 13-12 lead into the locker room.

The third quarter was a defensive struggle as neither team could put up any points. The Red Knights used Williams as a wildcat quarterback, due to Burdine’s injury.

Smith, scored his second touchdown of the night, this time just straight up the middle running through a few tacklers near the goal line with 10:26 left in the game, again the point after was good and Father Judge extended to a 20-12 score.

Crusader running back Jake Marquis closed out the scoring with a four yard score off-tackle, the try for 2 points was unsuccessful and making the score 26-12 with 3:39 left in the contest.

“We have a very young team and we responded, Reading took it to us early and we showed a lot of charachter. I am proud of our guys.” Father Judge coach Frank McArdle stated afterwards. “Our first workouts were March 1st, so we are getting better every day. The more time out here the better we will get.” He concluded. 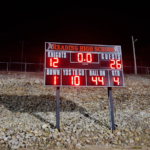 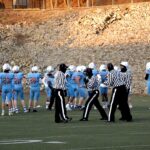 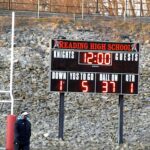 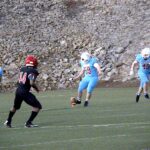 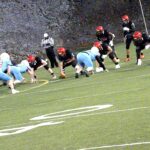 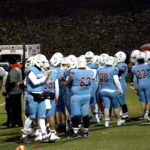 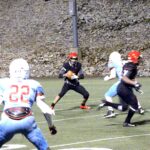 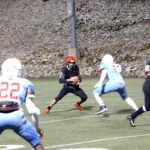 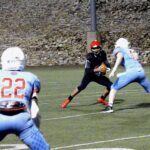 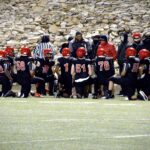 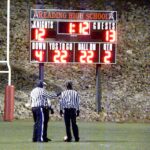 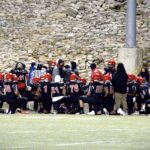 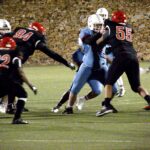 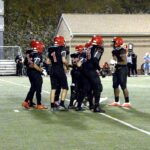 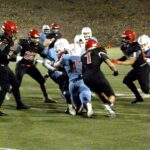 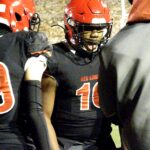 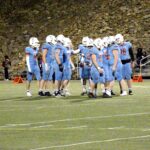 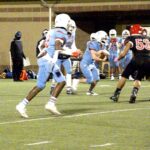 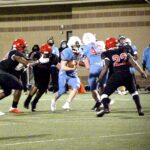 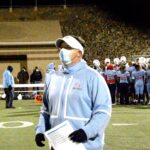 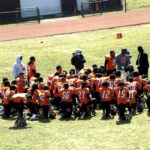