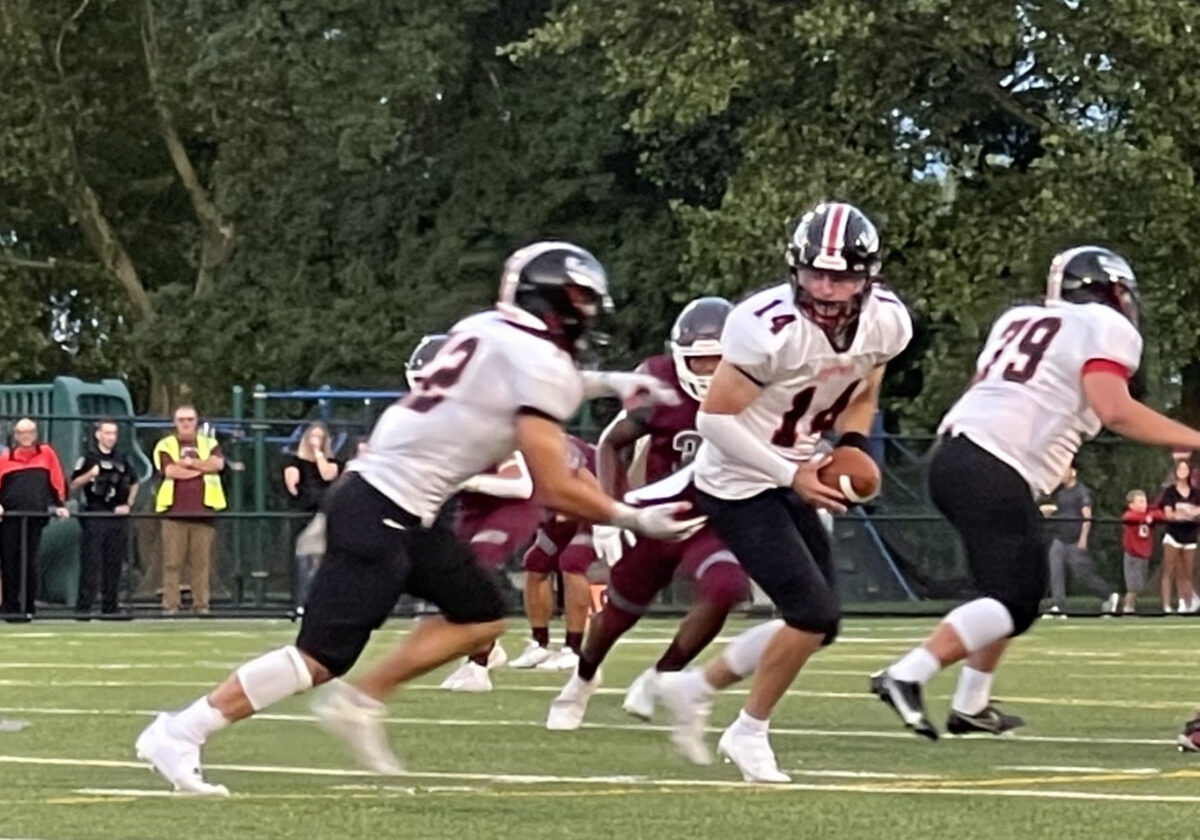 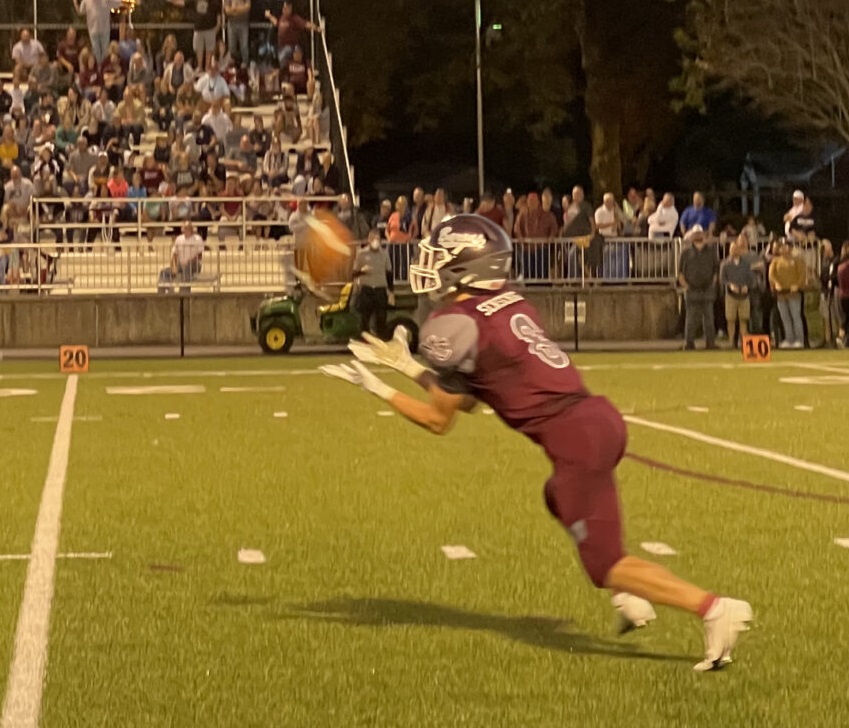 The Manheim Central football team powered past Hempfield Friday night with a 14-0 win. Behind a punishing defense that harassed Hempfield all night. Central was able to shut out the visiting team behind a dominating defensive performance. On offense, Central did not do a lot but was able to control the line of scrimmage at times and play mistake-free ball in the second half.

Head Coach Dave Hahn on the hard-fought victory “I thought at times we ran the ball well, I never felt like we were able to sustain it. They were a physical team and that game was a physical game”.

Manheim Central was able to take an early lead because of a great play by Kahleen Watt of Manheim Central. He got into his pass coverage responsibility from his OLB position and intercepted Hempfield’s QB, Cameron Harbaugh, then raced into the end zone from 50 yards out at the 2:56 mark of the 1st Quarter. Central missed the extra point but took an early lead 6-0. Hahn said, “It was huge to get that early lead”. QB Judd Novak of Central said, “Great job by our defense to make a great play to give us the lead”.

Later in the 1st half Central put together their lone touchdown drive of the night. Novak scored from 7 yards out on a QB power play. Novak was then able to convert the 2 point conversation pass play to TE Logan Hostetter. That was the final scoring play of the game. Novak on rushing with the ball from his QB position “I get amped up and try to score touchdowns”.

In a physical game that did not involve a lot of scoring Coach Hahn was very impressed with Hempfield. Hahn on QB Cam Harbaugh of Hempfield “Cam is a tough kid. He is savvy back there. He throws a nice ball”. He also gave credit to Hempfield’s defense. Hahn said, “I thought their defensive line was good and they played up to that level in this game”. 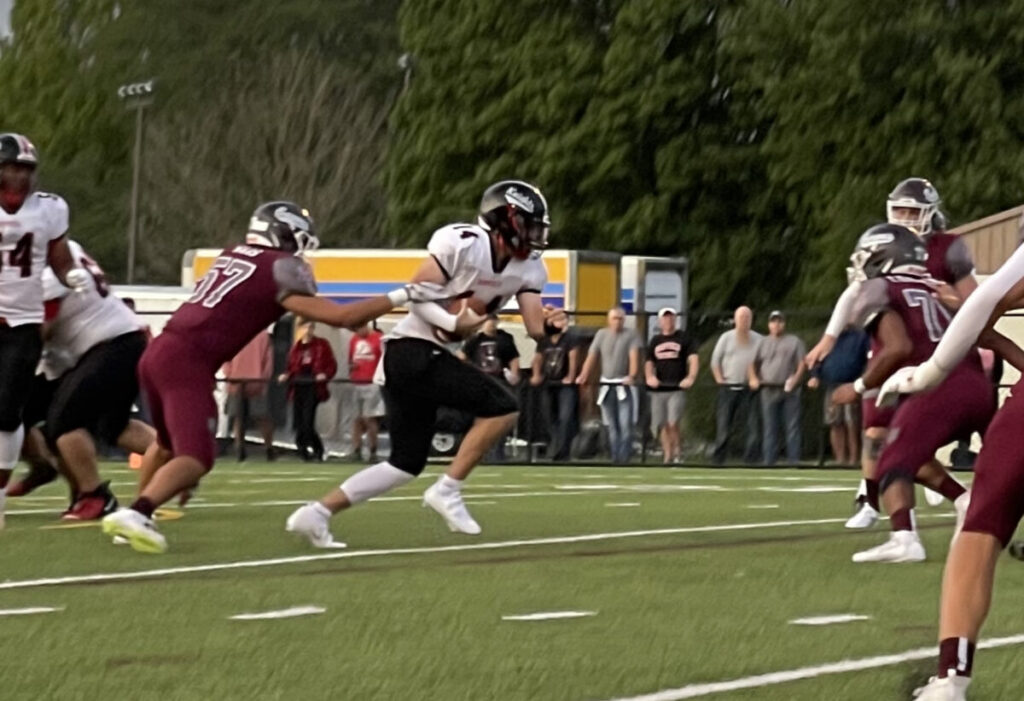 Central coming off their 1st losing season since 1974 definitely are not satisfied just starting 2-0. Hahn on the win today “We couldn’t get anything going on offense we made so many mental mistakes uncharacteristic of us we got to learn from that and we will, and we will bounce back”.  He even pointed the finger at himself saying “If we are going to get anywhere this year we need to establish the run. That’s my fault I don’t think we got into sync offensively tonight”. QB Judd Novak threw 2 Interceptions in the 1st half and said this about his performance “Just trying to clear my head from the 1st half and focus on the team and what the coaches told me”. He was shaking his head about his 1st half performance. Novak did throw for 134 yards and rushed for 39 yards as well.

Manheim Central is not satisfied starting 2-0but will take the 2 victories and learn from them. They know that they have many more weeks of football left in the season and they need to continue to get better in several areas. Central is trying to get back to the standards of winning section titles and competing in the playoffs, something you can’t do in week 2, but getting the win Friday night is the step in the right direction. Simply put Hahn said at the end of our interview “To me, it’s a win, an ugly win but it better than a pretty loss”.  Even though Central has some areas they want to improve on, a win against a good Hempfield team will at least get them a step forward.