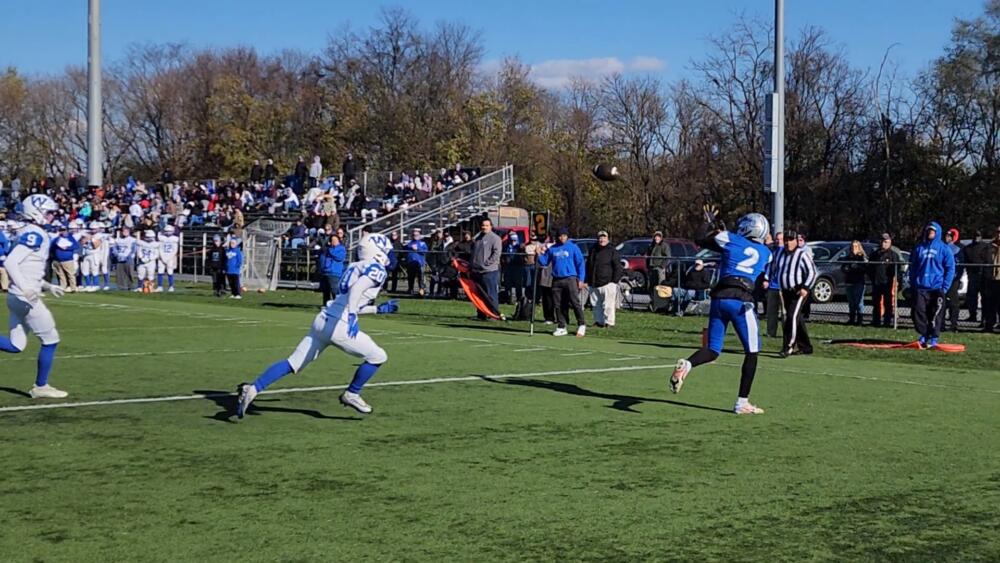 Before the game, the talk was all about the rushing and defensive game of Windber, who average nearly 350 yards a game on the ground, score an average of 45, and give up just about 4 a game but, on this day, it was the defense of the Rollers that put on a show, holding the Ramblers to just 117 yards of total offense, 88 of which game on the ground, much shy of their season average. In the first quarter, Windber would only have one possession that would go for just 11 yards on six plays, having to punt. The games first score however came on the games opening drive, as the Rollers would go 80 yards on 10 plays, finished off with a 6 yard pass from Alex Erby to Drell Ceasar Jr., a missed PAT would let the score 6 to 0 with 7:17 left in the first.

Steelton-Highspire would get the ball once more before the first quarter would come to an end, driving 21 yards as the quarter ended. The Rollers would score twice in the second quarter, the first coming when running-back Ronald Bernette Jr. would take off for 59 yards up the middle to the endzone followed by a missed two-point conversion, keeping the score at 12 to 0 with 11:44 to go till halftime. Windber would unfortunately fumble on their first play of just their second possession of the game, now in the second quarter, and the ball would be recovered by the Rollers Isaiah Garfield at the Ramblers 34. That drive would eventually stall after 11 plays. Another punt by the Ramblers would give the Rollers the ball with 6:45 to go still till halftime, the drive would result in a score by RB-Bernette Jr once again, this one from just a yard out, giving the Rollers an 18 to 0 lead now with 4:25 to go in the opening half.

@SteeltonRoller @RollersFootball extend lead with a 1 yard dive by Bernnette Jr… making the score 18 to 0 after another 2pt. conversion no good ! @PaFootballNews pic.twitter.com/lx40QPMn4d

Windber would eventually get on the board with just :04 seconds to go till halftime, on a very impressive 13 play, 66 yard drive that would be led by Sr.-RB John Shuster, who ran the ball 6 times and capped off the drive with a 1 yard plunge to close the gap to 18 to 7 and have momentum heading into the locker-room at the half.

@WindberFootball scores with :04 to go in the first half… a 1 yard plunge by Shuster to close the gap to 18 to 7 @SteeltonRoller @RollersFootball leading going into the half. @PaFootballNews pic.twitter.com/LkL5NUqJBh

Coming out of halftime, it looked like Windber would be ready to get going, getting the ball the start the second half of play. The energy quickly diminished when the Rollers would stop the drive after 3 plays, forcing another punt by the Ramblers. A tackle for loss by Windber’s Dominic BiFano would spark the Rambler defense, and force a Rollers punt but an interception by the Rollers’ Alex Erby would end the momentum shift once again, leading to the games next score, when Erby would connect with Ceasar Jr. again, this one for 8 yards and the score. The PAT was no good, leaving us with a score of 24 to 7 with 3:11 to go in the third quarter.

@SteeltonRoller @RollersFootball intercepts the @WindberFootball pass, then drive for the touchdown finish off with an Erby to Caeser for 8 yards and the score… Caesers 2nd TD of the game ! 24 to 7 Rollers lead with 3:03 to go 3rd. Q. @PaFootballNews pic.twitter.com/SrPDPSC4Vb

The third quarter would come to an end following the long delay due to an injured player on the field, and the Ramblers would be forced yet again to punt, now in the final quarter of play, we would have ourselves another Rollers score just one play into the drive when Bernette Jr. would score his third touchdown of the game when he would take off for 63 yards to paydirt with 11:49 to go in the game. The Ramblers would see two more drives before succumbing to the loss but they both would end in a punt, and the last a turnover on downs. The Rollers would score once more in the final quarter, going 96 yards, on seven plays, finished off with a 63 yard touchdown reception by Daquan McCraw with 6:10 to play to make the score, and eventually the final score Rollers – 37, Ramblers – 7 !

On the day, Alex Erby would finish with 236 yards on 17-20-0 passing, throwing 3 touchdowns. Rollers RB-Bernette Jr. had an impressive day as well going for 232 yards on 25 carries, scoring three times, and Drell Ceasar Jr. would finish the day with 52 yards receiving, scoring twice. With the victory, the Rollers, now 11-1, will face Northern Lehigh(12-1) in the PIAA Class 1A State Quarter-Final next weekend. 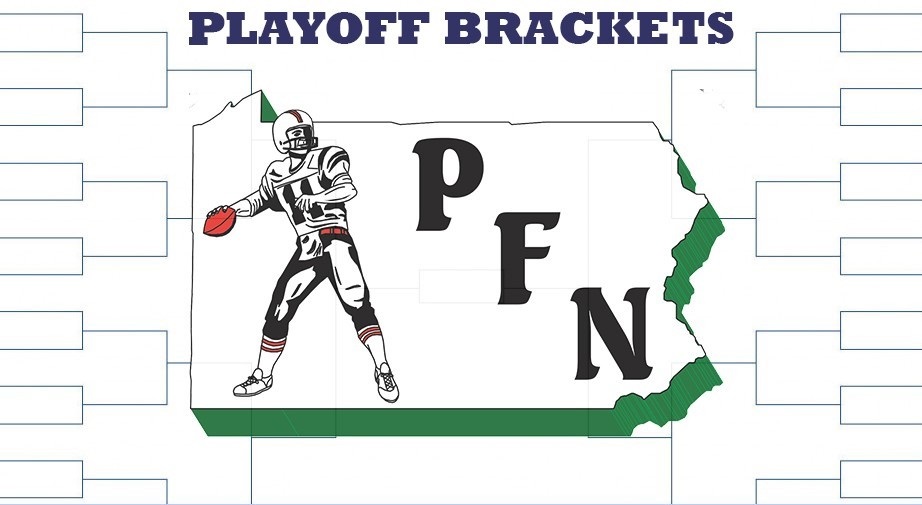 DON’T FORGET TO FOLLOW @pafootballnews on twitter AS WELL AS @PFNDan570FB, @BPtashinski, @kfeger30, and @FasnachtBrayden FOR ALL YOUR DISTRICT XI HIGH SCHOOL FOOTBALL COVERAGE !