Twin Valley gets the win over Milton-Hershey.

Twin Valley ran all over the Spartans last night in the PIAA District 3 Playoffs to the tune of over 450 yards on the ground, scoring six times. Evan Johnson ran for 212 of those yards and three scores, leading the Raiders to a 43-29 win.

Johnson started the scoring with a 60 yard jaunt. Then the Spartans countered with a Mo Koroma td reception that put them up 8-7 after the two pointer. The two teams battled back and forth, Evan Myers scored from the two, Jason Burney with the touchdown pass, but just before the half ended the Raiders took command. Tri-Valley got a td, then a safety to take a 29-15 lead at the break.

Coming out in the second half, the Spartans battled back with Elijah Johnson, who also had a strong game with over 200 yards on the ground, making it a 29-21 game, then Burney hit Malachi Thomas to tie the game at 29.

Johnsons 64 yard td broke the tie and his 42 yard td run broke the backs of the Spartans. Twin Valley held on for the win and the right to play Bishop McDevitt next week. 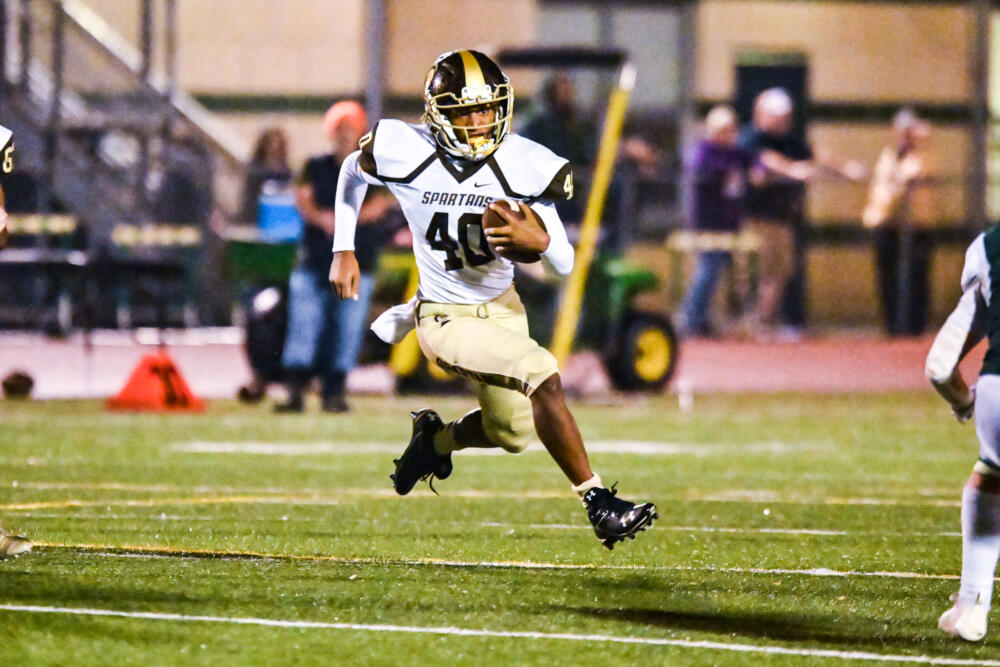 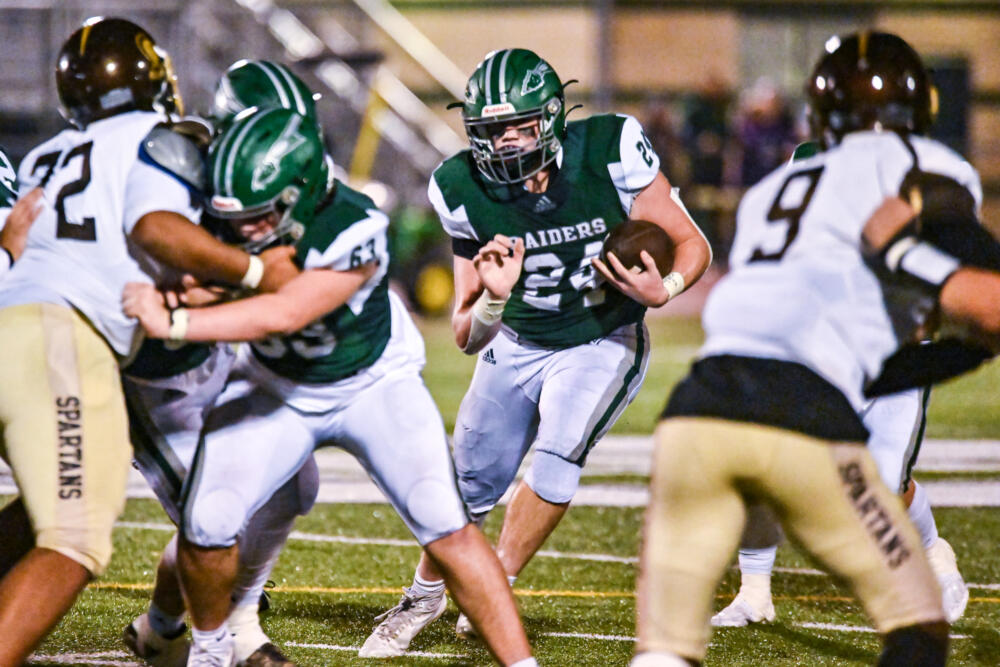 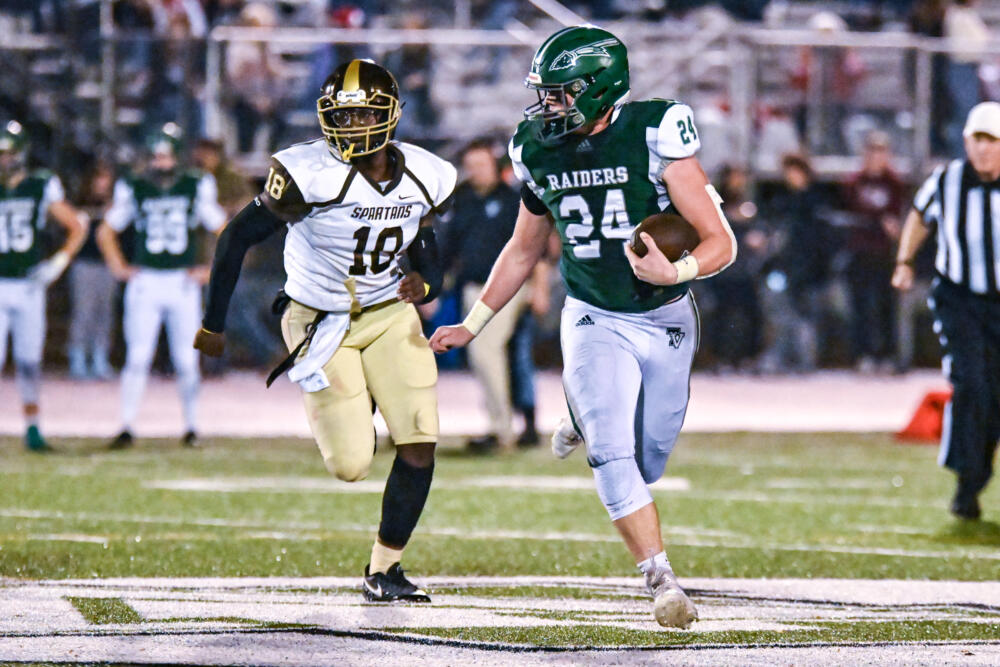 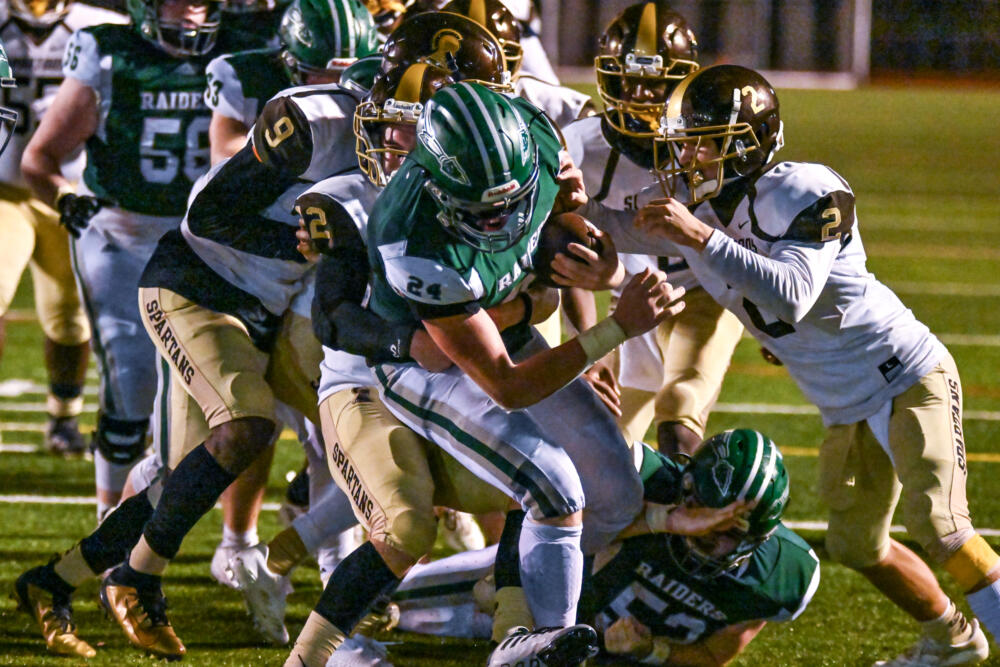 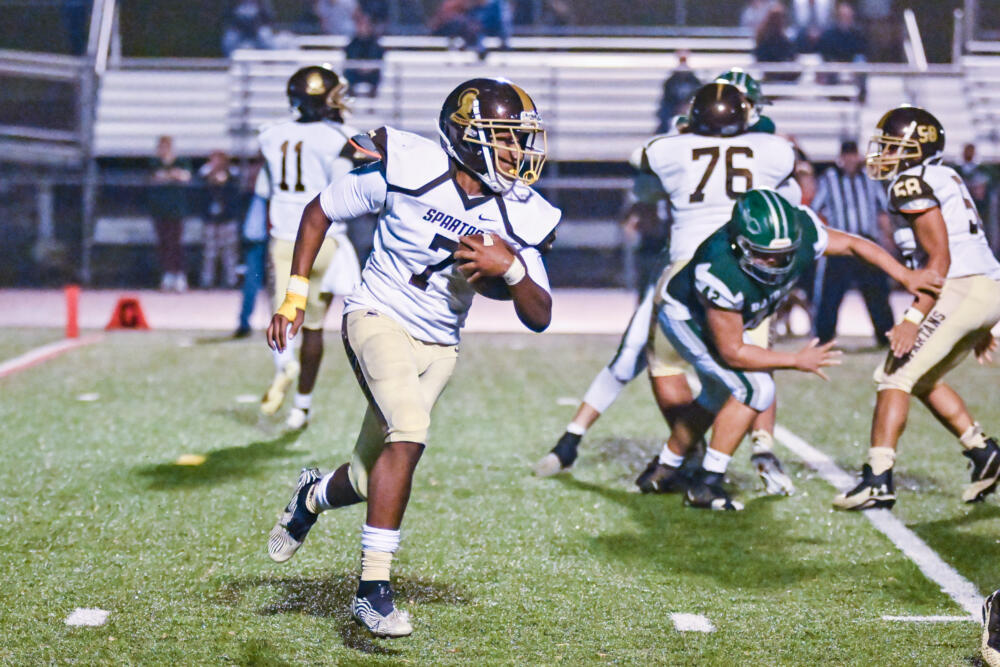 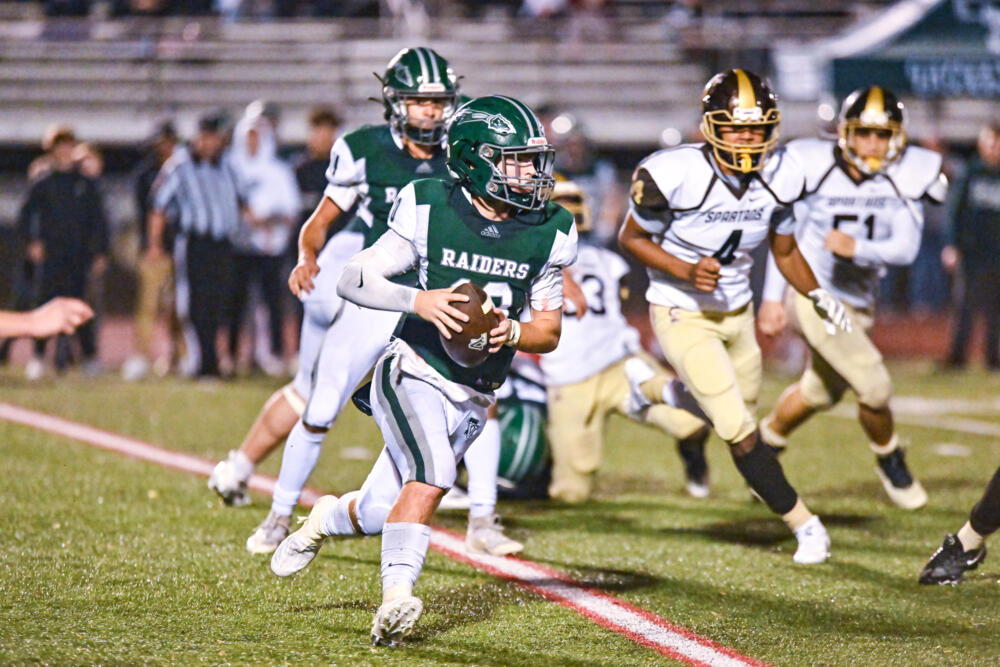