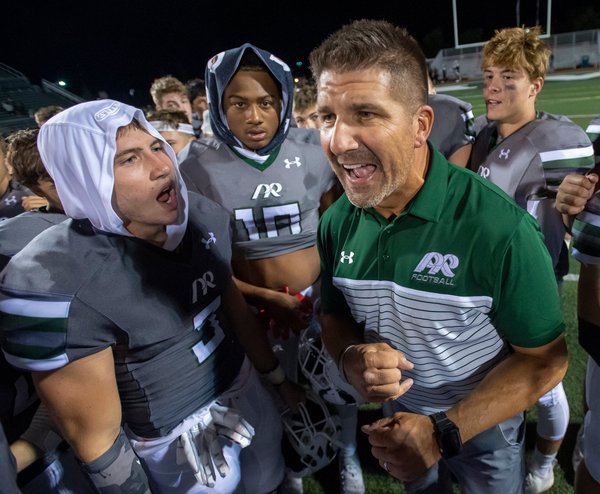 In a story first reported by Mike White of the Post Gazette, Pine-Richland head coach Eric Kasperowicz and his entire staff were informed via email that they won’t be asked back to coach the Rams.  Kasperowicz led the team to another State Title and was named the PFN Coaches Select 5A coach of the year.

White reports that the reason for his firing is unclear. The school was conducting an investigation into alleged hazing incidents in the past.  We’ll have more as this story develops.

“I am disappointed by this decision and want to unequivocally state that no bullying or hazing took place in the Pine-Richland football program under my watch. I never condoned any bullying or hazing. If I became aware of any such claims I met with the individuals and immediately put an end to it. I addressed and resolved these infrequent events over my eight-year tenure internally within the team. The players and coaches were made aware of my zero tolerance for this type of behavior. Certainly if bullying or hazing had occurred under my watch, I would have followed proper reporting procedures as I have always done throughout my professional career. I want to thank all my supporters who know the safety and well-being of students is and will always be my utmost priority.”