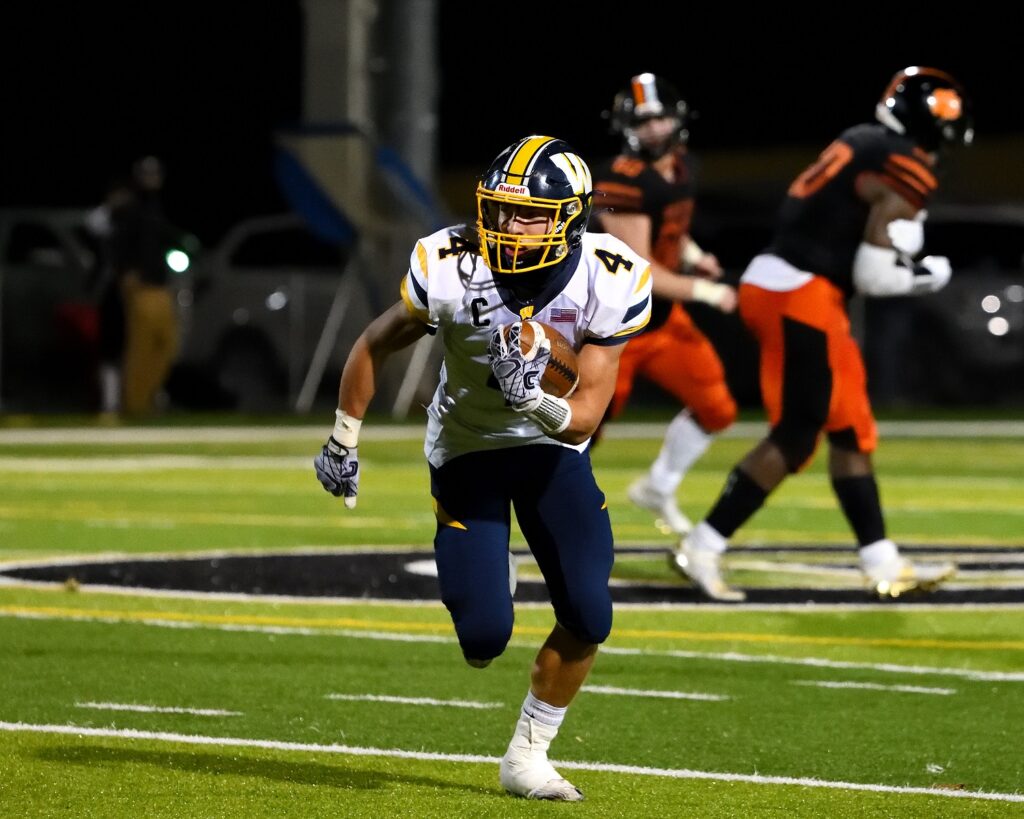 Tonight Wilmington relied on their run game and offensive line in a 20-18 victory over Beaver Falls. “It’s the heartbeat of this team, those big boys up front for those guys to be able to set the tone and win the battle in the trenches, it’s huge and I couldn’t be more proud of them” said Coach Phillian.

Beaver Falls got the ball to start the game after 3 plays it was 4th and 1 and Beaver Falls decided to take a risk and go for it but Wilmington got the stop and they started at the Beaver Falls 36 yard line. On the second play Darren Miller ran it in on a 26 yard touchdown. “That set the tone for the football game to come out on that opening drive, and to be able to get that stop to ultimately have that short field and come away with points is huge” said Coach Phillian.

Beaver Falls started the second drive on their own 34 yard line. On third down a pass was complete down to the Wilmington 20 yard line. After a couple plays Shileak Livingston ran it in from 1 yard out. The 2 point conversion was no good and Wilmington still had the lead.

In the second quarter Wilmington extended their lead Darren Miller scored for a second time this one being 13 yards. Miller had a good night for Wilmington he had 115 yards on 12 carries.

The next drive for Beaver Falls started off promising and they were inside the Wilmington 35 yard line. But after a couple of incomplete passes and penalties the drive stalled and they ended up not getting no points. The score at halftime was 13-6 Wilmington.

Wilmington got the ball to start the second half and the drive was looking good after a big run they were inside the Beaver Falls 30 yard line. After that the drive stalled and Beaver Falls got the stop they needed.

Beaver Falls started at their own 5 yard line. After a couple of plays Beaver Falls got the big play they needed when Josh Hough was off to the races for a 76 yard touchdown. Again the 2 point conversion was no good and the score was 13-12 Wilmington. “We were able to hold them on 2 point conversions I thought was absolutely huge” said Coach Phillian.

Wilmington started at their own 45 yard line. After a third down run they were at the Beaver Falls 30 yard line. On a third down a game changing play occurred when when Caelan Bender somehow completed a pass despite having a defender completed a pass down to the 3 yard line. “It certainly did change the game and the complexion of it” said Coach Phillian. After that Bender scored on a 1 yard run making the score 20-12 Wilmington with 11:56 left in the game.

Later in the quarter Beaver Falls marched down the field and on fourth down Jaren Brickner completed a pass to Tyler Cain for a 15 yard touchdown. A penalty set them back on the 2 point conversion, but despite that a pass was completed but fell a yard short of tying the game.

After that Wilmington ran out the clock and the final score was 20-18 Wilmington. Wilmington will play the winner of Sourthern Columbia and Bishop McDevitt. 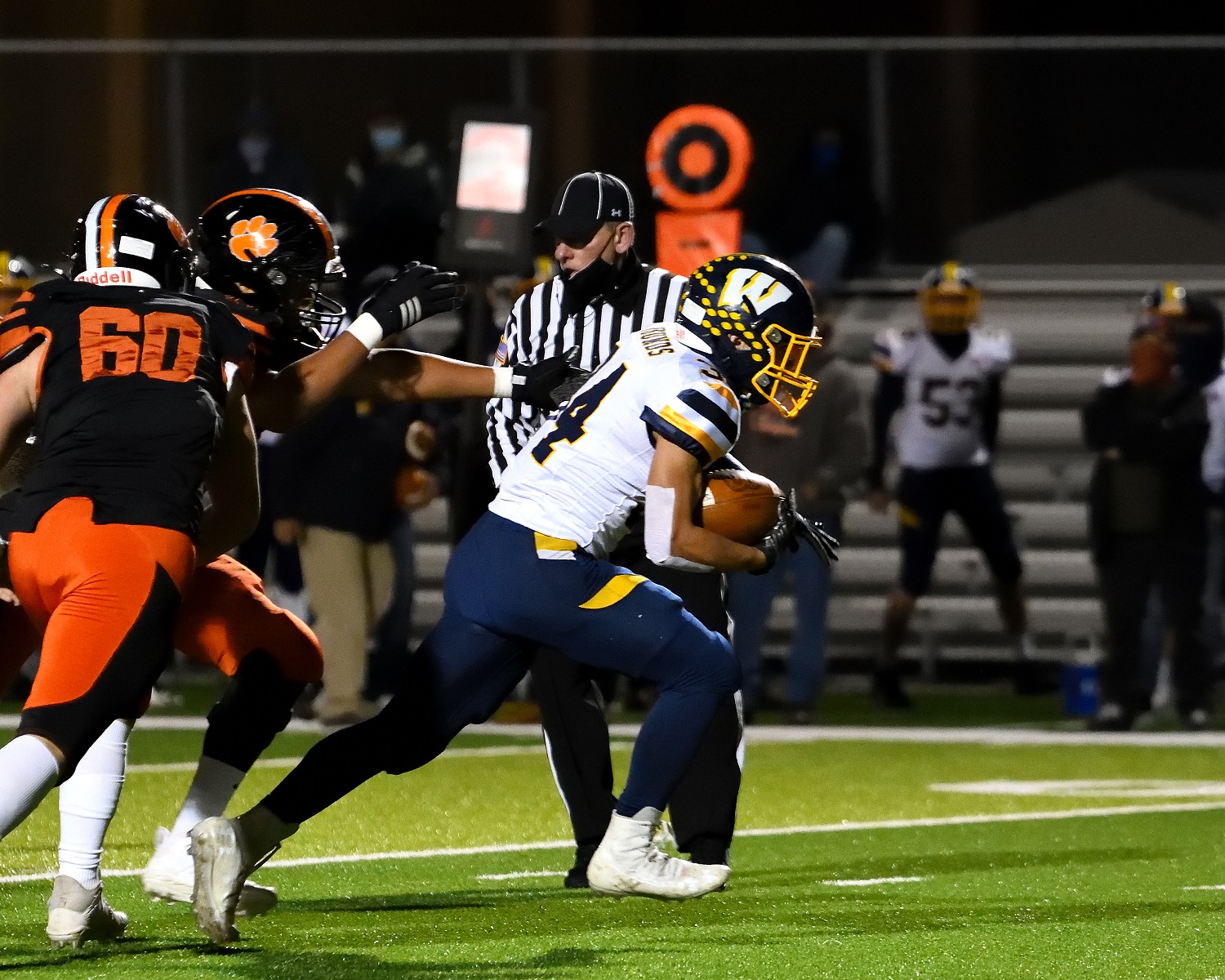 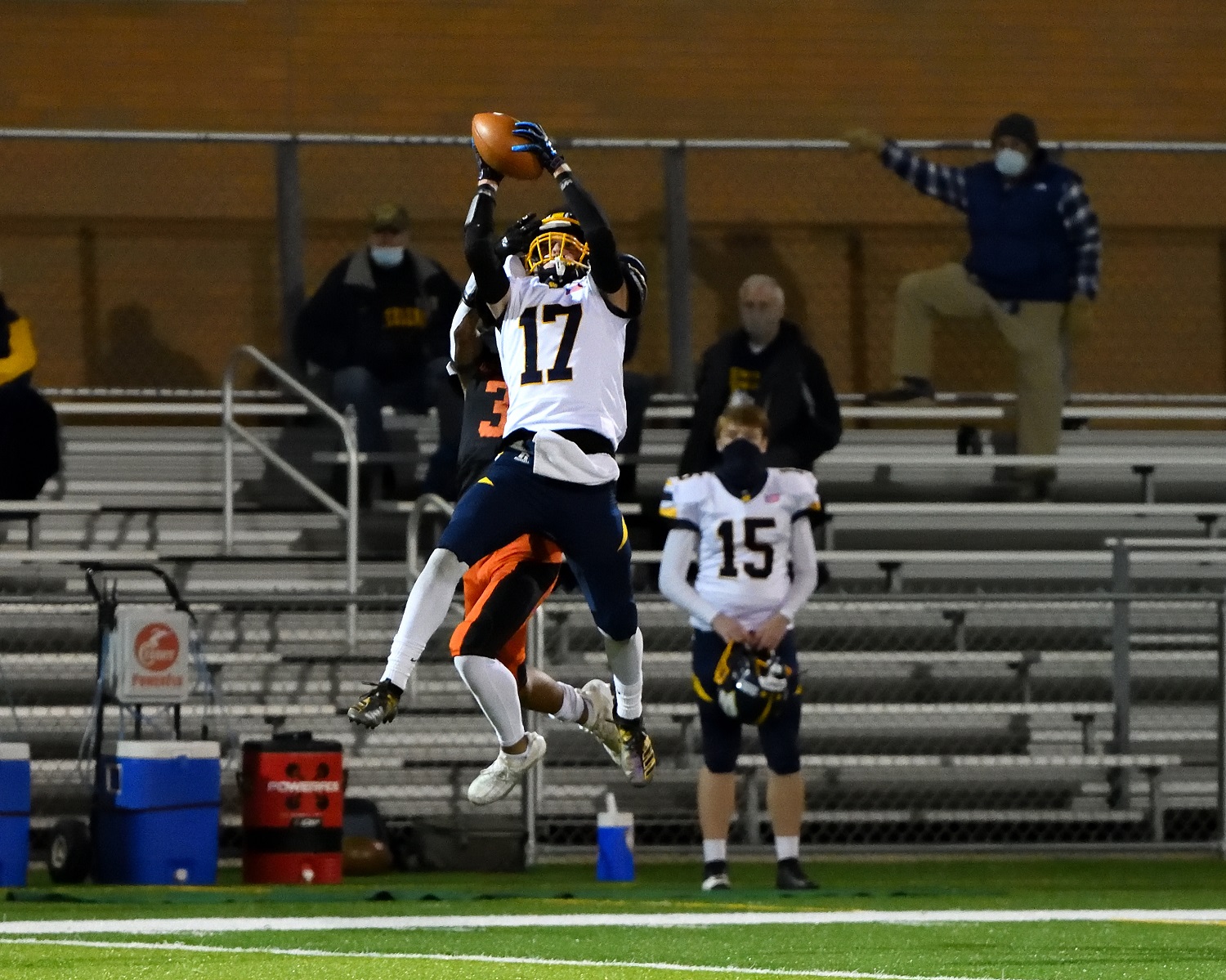 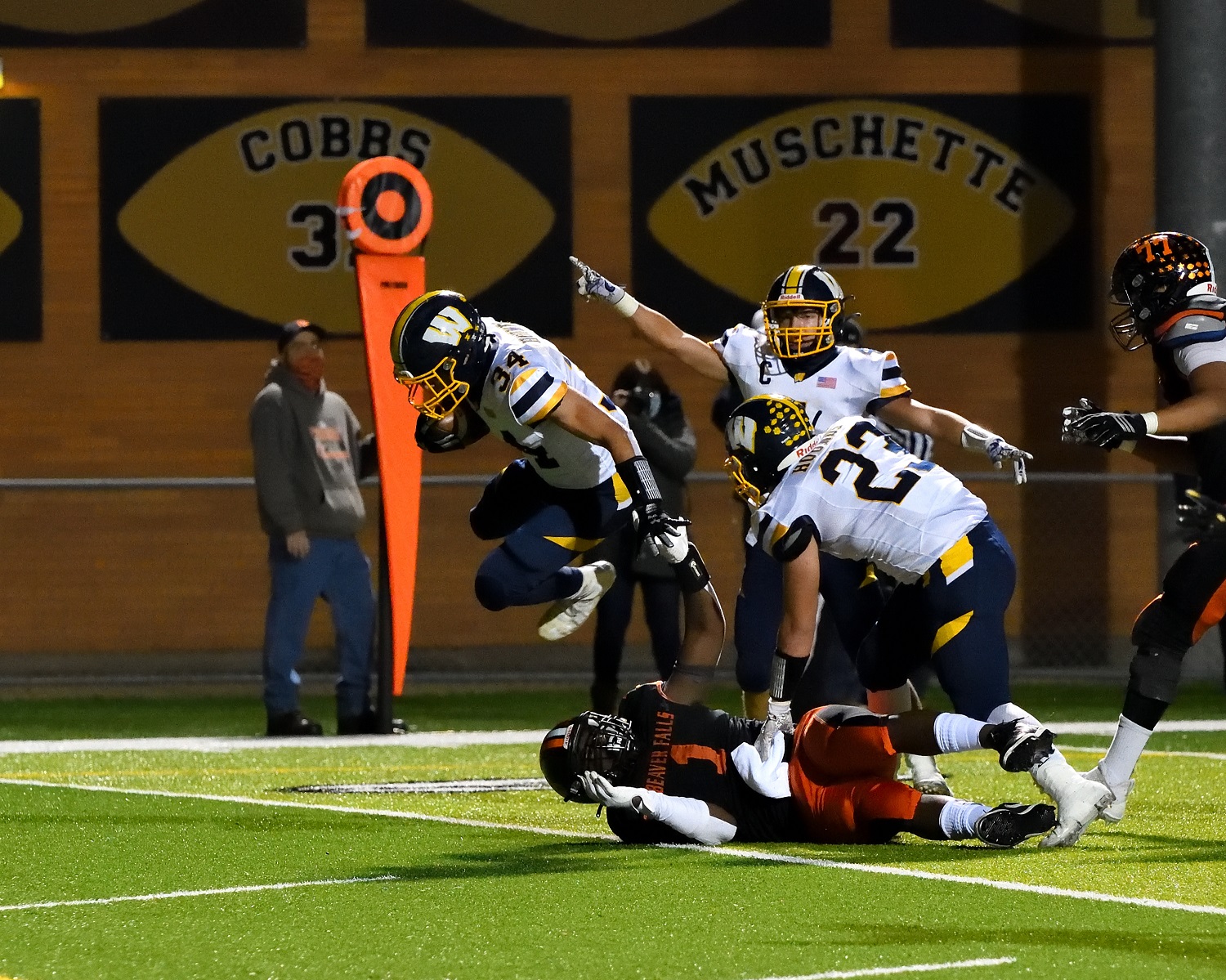 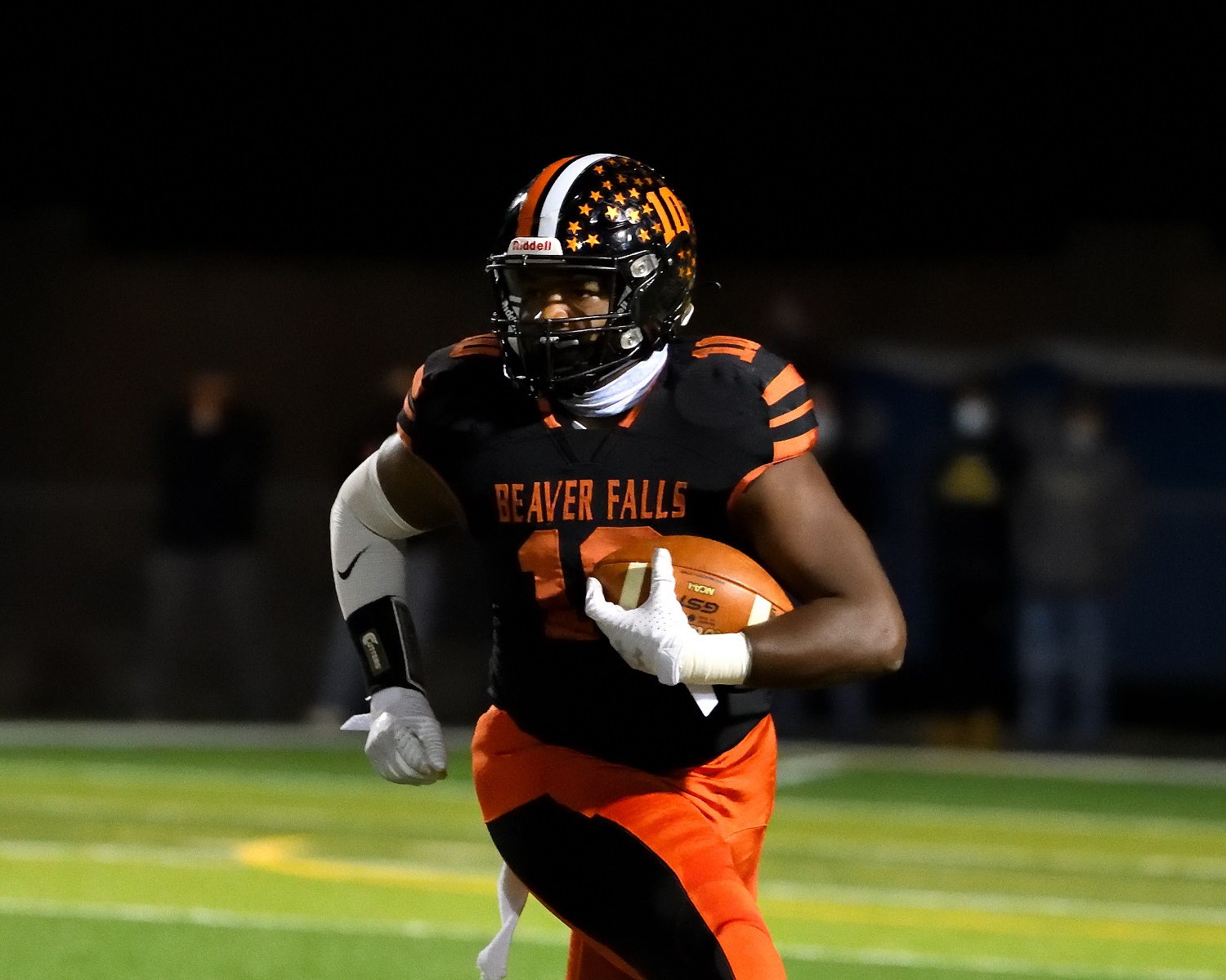 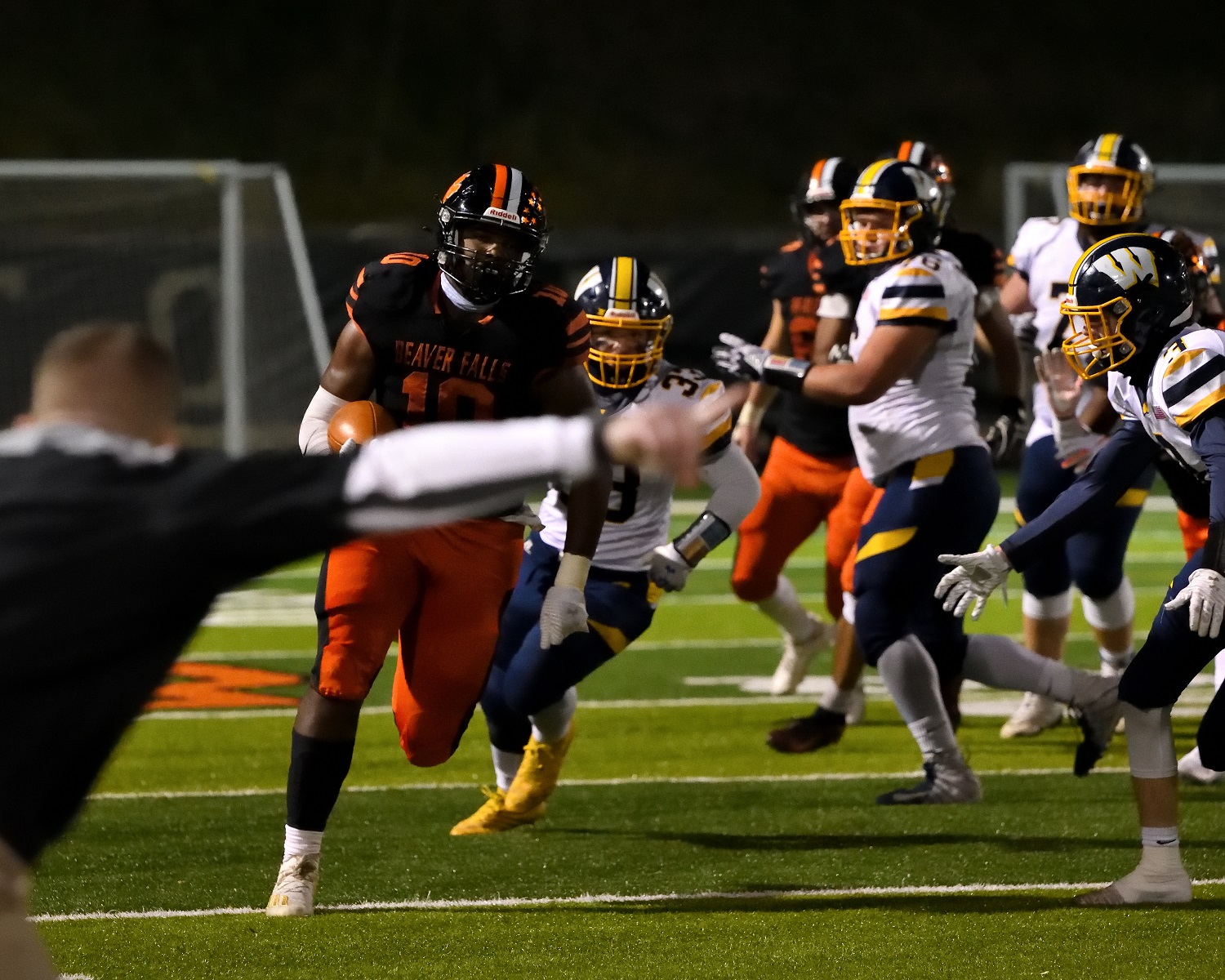 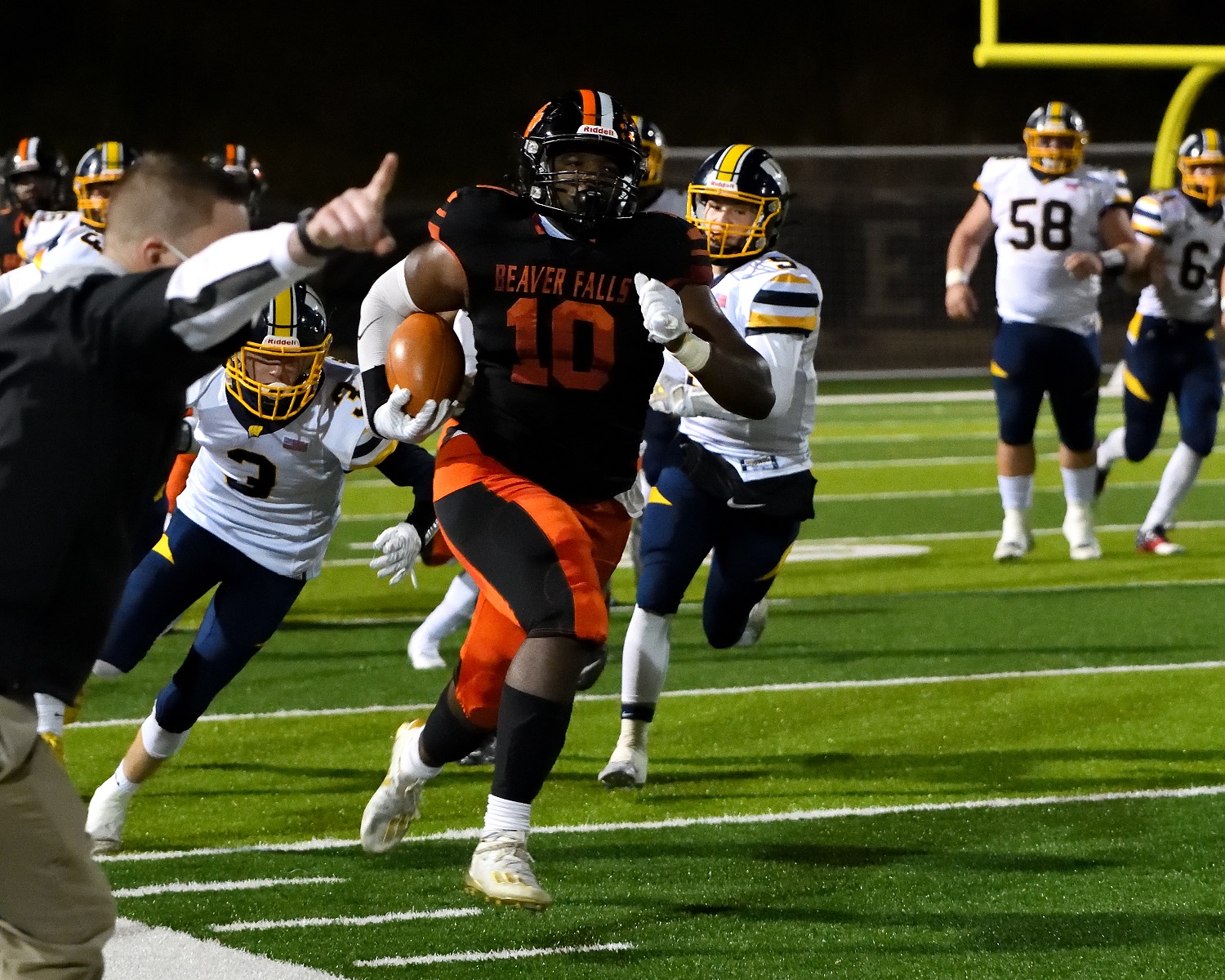 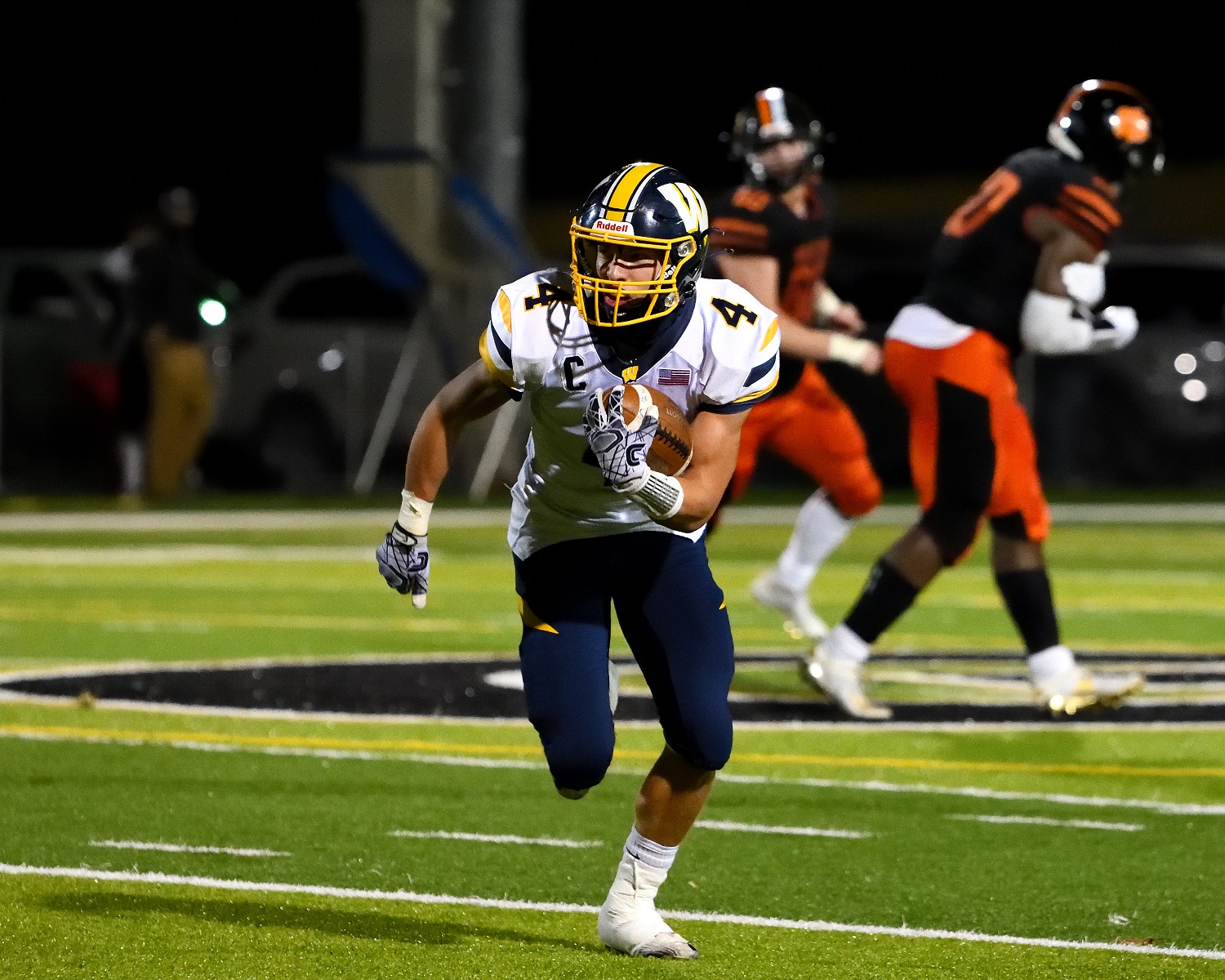 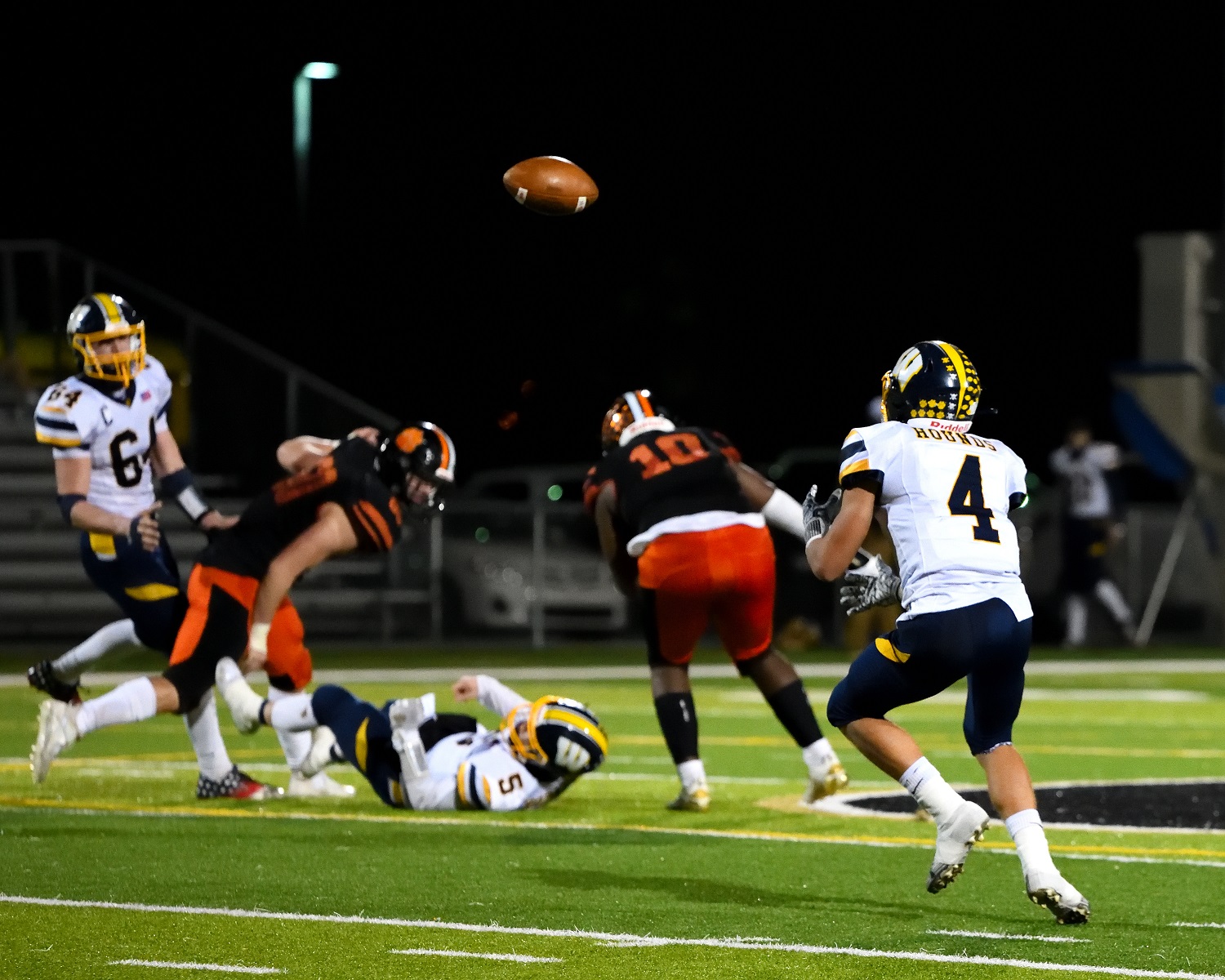