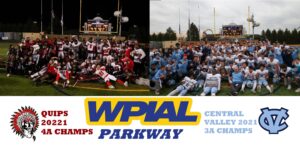 The Parkway Conference will have what only one conference in PA and very few in any state ever have had, two defending state champions in the same division/league. That is not a misprint.  Aliquippa returns as the defending PIAA 4A champs and Central Valley, the defending PIAA 3A champs, moved up a classification this year. (Only Archbishop Wood and St. Joseph’s Prep duplicated this feat, three times, in the Philadelphia Catholic League Red Division.)

Before anyone feels sorry for Central Valley, remember this, the Warriors were the only team to defeat the Quips last year. Another new addition to the Parkway Conference this year is West Allegheny who moved down from the 5A classification. They too, have state title hardware in their trophy case as they won the 3A championship in 2001. This should be a very interesting year in the Parkway as there are a couple more tough competitors in addition to the aforementioned three teams. Let’s take a look at all eight teams alphabetically.

– The Quips went 13-1 last year, winning the 4A state championship with an exciting triumph over Bishop McDevitt out of Harrisburg.  Expectations are very high for 2022 as the potent Aliquippa offense only lost two wide receivers and a lineman.  It all starts up front and not too many teams in PA can match the size and athleticism of the Quips line.  Depending on who the fifth offensive lineman is they could average 6’2” and over 290 lbs.  The four returnees on the line are 6’4” 345 lb. Naquan Crowder, 6’3” 325 lb. Jason McBride, 6’2” 280 lb. Neco Eberhardt, and 5’11” 245 lb. Braylon Wilcox.  In the backfield the Quips probably have one of the best one-two punches in the state returning.  Tiqwai Hayes rushed for 1,746 yards as a freshman last year and scored 23 TDs.  John Tracy ran for almost 700 yards and scored 14 times.  QB Quentin Goode threw for 1,927 yards and 17 TDs.  That is one formidable offense to contend with.

Defensively, the Quips return nine starters including Crowder, McBride, and Eberhardt on the line, Donovan Walker and Brandon Banks at the DB position, plus LB Cameron Lindsey.  Many of the kids listed above have college offers and the number of kids and offers should grow as the season progresses.  Two big games on the Quips’ schedule are their first game Sept. 2 against Armstrong and the last game of the season against Central Valley.  Coach Mike Warfield is 47-5 with two state championships in his first four seasons as the Quips head coach.  With the 2022 version of Aliquippa football waiting in the wings, he is definitely poised to hit the 60-victory mark and quite possibly state title number three.  Aliquippa’s stadium is being rebuilt, so home games will be played at Freedom.

– The Bridgers went 2-9 last year but did qualify for the playoffs.  They, like Central Valley, moved up from 3A to 4A for the 2022 football season.  Sherm McBride is in his second season of coaching Ambridge.  His experience from coaching at Aliquippa is vital in helping turn the corner for Ambridge football.  The Bridgers bring back quite a few players who are working hard and excited for the season to begin.

On offense, with eight starters returning, the line should be a key element because four of the eight are offensive linemen.  QB Deaven Ivory returns as does Adam Fernandez and Grant Uvodich at wide receiver.  Trent McKnight will have the tight end duties again this year.  The defense also has eight starters back.  Blaise Kolar and the McKnight twins will bolster a defensive unit that should be improved from last year.  If the defense improves, if the offense shows more consistency, and with McBride’s guidance, look for the Bridgers to be in more games at the end.

– The Cougars were 2-8 a year ago.  Coach Zack Hayward is in his fifth season at Blackhawk and is set on bringing the program back to the powerhouse it was back in the 90s.  On offense, the line has a couple returning veterans in Stephen Baldwin and Chris Stone.  Eric Davis, Zach Ours, Grant Wissner, Dontae Campagna, and Tyler Januzzi are the returning skill guys, but the Cougars will have a new QB.  Defensively, Blackhawk will have most of the kids mentioned above going both ways.  The Cougars are pretty much in the same position as Ambridge.  If they can find some good mojo and come together, they can push the .500 barrier.  Remember, this is one extremely tough conference. 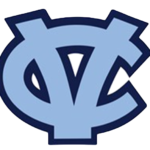 – The Warriors went 15-0 last year and, with Southern Columbia losing during the regular season last year, they now hold the longest win streak in Pennsylvania at 27.  Central Valley may be new to the Parkway but over half the teams in the Parkway were on the Warrior’s schedule last year.  Mark Lyons is the only coach Central Valley has had.  His teams have been to the state championship three straight years winning the past two.  His record at Central Valley is 125-29.  Having lost one of the WPIAL players of the year in Sean Fitzsimmons (Pitt) who played line on both sides of the ball and Landon Alexander (Albany) who rushed for 2,400 yards and scored 29 touchdowns, you’d think the cupboard would be bare and Lyons would be in a rebuilding year, but the Warriors return over half their offense and defense from 2021.

On offense, Central Valley returns three linemen in Jackson Tonya, Kaden Colville, and Nick McCreary.  They also bring back some great skill players in QB Antwon Johnson, D-1 prospect WR Jayvin Thompson, and WR Deniro Simpson.  The defense will be led by Tonya who was second on the team in tackles last year plus had double digits in sacks.  Bret Fitzsimmons, Sean’s younger brother, returns as one of the linebackers and has a reputation for always being near the ball.  There is a good possibility that Central Valley will be undefeated when they meet Aliquippa in the last regular season game.  It’s pretty obvious Central Valley will have something to say about who wins the Parkway in 2022.

– New head coach Aaron Fitzpatrick inherits a program that went 4-6 in 2021.  But he also inherits a player who is an instant impact player in Lamont Payne, Jr.  Payne is a PSU recruit and plays wide receiver and cornerback.  He can do it all.  Also, returning on offense are the QB Gavin Owen and two linemen, Tony Vanzin and Jake Thompson.  On defense, besides Payne, Tayvon Sherrell returns on the line and Tyler Glover is a returning linebacker.  If Fitzpatrick can find some underclassmen to adequately fill in, making the playoffs is not out of the question for the Colts, especially with someone like Payne doing the things he can do.

– The Spartans may be the dark horse in 2022 as they return some significant numbers and talent from a young team that went 4-7 and made the playoffs last year.  Lou Cerro is in his 18th year as Montour’s head coach and knows what it takes to compete with the Aliquippas and Central Valleys.  Of the seven returning starters on offense, junior QB Jake Wolfe has a lot of potential as a passer and a runner.  Brock Janeda and Jimmy Hazard return in the backfield as the main running back and fullback respectively.  Wolfe’s passing targets could be WR Keino Fitzpatrick and TE John Midili as his top two receivers from 2021 graduated.  Leading the returning linemen is Alonzo Labrie.

The Spartans have nine back on a defense that was young and looks to make big improvement strides for the upcoming season.  The four keys to the defense may come from Labrie on the line, Hazard and Midili at linebacker, and Janeda as one of the safeties.  If the offense clicks as it should and the defense can stand strong, at the end of the season don’t be surprised Montour is in the playoffs and are nobody’s pushover. 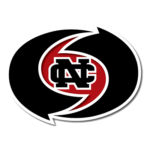 – Stacy Robinson is the Red Hurricanes’ new coach coming over from Union after 25 plus years at the helm there.  New Castle went 7-5 last year and won a playoff game.  They return over 20 juniors and seniors combined that had playing time during the 2021 season.  Returning to lead the way on offense are a pair of RBs in Malik Jefferson and Kaevon Gardner, plus fullback Bryce Wood.  The Red Hurricanes have a couple of veteran wide outs too in Owen Ciavarino and Tyler Leekins.  Marcos Diaz, Antonio Gardner, and Robert Reid will make up part of the offensive line.

It looks like the entire defensive line is back led by Nyeem Rogers.  Joining him on the front four are Gardner, Reid, and Wood.  Isaiah Jefferson returns in his linebacking role.  Returning three cornerbacks is a big plus too.  Ciavarino, Tayshaun Wlkins, and Leekins return in that capacity.  It might be tough for many of the veterans to adjust to the new coach, staff and playbook, but the pieces are there for New Castle to make the playoffs again.

– Injuries probably cost the Indians a 5A playoff spot last year as they finished with a record of 4-5 after a 3-0 start.  Coach Dave Schoppe has seven returnees on offense and eight on the defensive side of the ball.  Nodin Tracy is back at his RB position for West A. and hopes to have an even better year than in 2021 where he led the team in many offensive categories.  The two returning linemen hoping to open holes for Tracy are Hudson Clay and Shane Tuthill.  The Indians also return the duo of Nico Taddy and Nick Longo at wide receiver.  Perhaps one of the biggest offensive weapons for Coach Schoppe is kicker Brayden Lambert who booted 7 field goals of over 40 yards in 2021.

Tracy, Taddy, Longo, Clay, Tuthill, and Brook Cornell will be relied upon to give the defense a boost in a league where most offenses are pretty potent.  The drop to 4A should help West A. make the playoffs, but landing in the Parkway Conference will make it tough for the Indians.