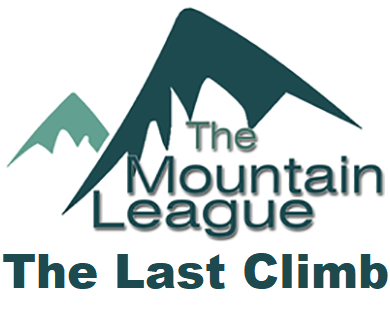 It’s been around for many years in many different forms, but as they say all good things come to an end. This will be the final year for the Mountain League. Next year the teams, along with Bellwood-Antis, will join up with the Laurel Highlands Conference. So for Bald Eagle Area, Bellefonte, Clearfield, Huntingdon, Penns Valley, Philipsburg-Osceola and Tyrone it’s a “who’s gonna get to keep the trophy forever” year. Let’s take a look at the teams:

Head coach Jesse Nagle is excited about this years team and thinks they have what it takes to be the last league champion. Garrett Burns, Owne Irvin and Hunter McCool are gone to graduation, but it’s BEA and there’s another Burns or two waiting in the wings. Returning QB Carson Nagle was young last year and it showed at times but the Sophomore signal caller had a nice summer and should have a little more poise in the pocket. A good portion of the O-Line returns and that should give Nagle plenty of time to find speedster Elliot Splain, big Cam Watkins or Chase Thompson. Nagle says Splain “is probably the fastest kid I’ve ever coached”.  On defense look no further than Watkins. The lenky DE is a threat to get to the qb at any time.

“We are excited to see how our team develops as the season goes on. We return a lot of players but we also have many holes to fill. Hopefully we can compete each game and make a playoff run” said Nagle. The Eagles should be a fun team to watch this year.

Second year head coach Vaughn Donmoyer is also excited. After faltering the past couple years, he believes the team is back on track to compete. “The season outlook for the Bellefonte varsity football program is looking very optimistic. With the return of many athletes that have gained quite a bit of varsity experience, there should be excitement within the program. Being in my second year with the program, the athletes should know what is to be expected of them. The staff wants the style of play to be physical and able to play all four quarters and then some. I am excited to have many athletes back with varsity playing experience. In having that we can dive into the playbooks a little deeper this fall. Team expectations will be set high within the conference and the goal playing further in the playoffs are there as well”.

The Red Raiders lost a great athlete in Nolan Weaver, but this years team has a familiar name to add to the lineup (we’ll talk about that in a bit). Bellefonte has a good portion of the line returning and that’s always a plus when you’re rebuilding. Wide outs Tyler Rice, Dom Capperella and Wes Badger will have to work quickly to get QB Trevor Johnson feeling comfortable. Grayson Alterio and Sherman Lowry have some experience running the ball, but I wouldn’t be surprised to see Sophomore Cooper Funk carry the ball at times. Coop is the younger brother of record breaking running back CJ Funk. He didn’t play last year but talent runs in the family.  Defensively the Raiders are in good shape. Tyler Rice, Addison Shawley and Nathan Way were the top three tacklers and they return to anchor the defense. Bellefontes schedule this year won’t be kind to them, they start off with D4 power Selinsgrove, they have Penns Valley, BEA and Tyrone and they close out with top ranked Danville and a Brookville team that is always strong.

Tim Janocko is sitting at win number 299 and it won’t be easy to get to 300 the first week. Clearfield travels to always tough Juniata to open the season. Gone is Olliver Billotte who led the team both offensively and defensively. The Bison finished last year with an 11-1 record. Will they be that good this year? To do so Janocko will have to find a solid replacement at quarterback. Battling for that spot are Will Domico and Isaac Putt. Clearfield also has to replace their top three rushers. Carter Chamberlain and Brayden Firanski have experience and can move the rock. Also gone are the top three receivers. Defensively DB Will Domico, DE Mitch Rowles and DE Isaac Samsel were among the top tacklers and they return to lead the defense.

Janocko always finds a way to get the best out of his teams and this year will likely be no different. “Good nucleus of returning players from an undefeated championship team. Concerns: Youth at skilled positions and strength of schedule” said Janocko. With 10 returning lettermen for him to work with, look for Clearfield to also compete for that coveted last Mt. League Title.

Looking to put the past two years behind them, this year’s edition of Bearcat football is ready to lace them up between the lines and get back the fire that has eluded them recently. Shane Thomas enters his 4th season as head coach and will be looking to build success back into the team’s portfolio despite a rugged schedule that includes home games against Tyrone, Clearfield, and Bellefonte in successive weeks to end September. With 13 returning letterwinners and speed on both sides of the ball, the ‘Cats may make some noise this season while they scratch and claw their way back to the standards that Bearcat football has set throughout the years.

Marty Tobias always has his Rams ready to play. They were young last year and got hit by the injury bug at key times but still managed to get to the playoffs. Jackson Romig did a nice job stepping up when Riley Brungart went down with an injury and it looks like Jackson will get the starting QB spot this year. He’s a dangerous QB that can both run and throw, something Tobias likes to do with his signal callers. The Rams also have some experience to carry the ball. Tyler Ilgen is gone but returning is Ty Watson who led the Rams with nearly 600 yards on the ground. The line returns four letter winners. Look for Miles Brooks to be a target as well as John Meyer and Watson out of the backfield.

Defensively this is a very experienced team but they had trouble stopping some of the top offenses in the state last year. It doesn’t help losing three of your top five tacklers, but the returning players have to talent to improve on last year. Brooks at DB and Lyons at the LB spots will be a key to the Rams defense. Tobias knows they have work to do, but hes also confident they’ll do fine. “We will be looking to build on our success from last season. We have a solid core of experienced players returning. We will need to fill several key positions due to the departures of our seniors and develop depth to handle the challenges of our competitive schedule”. The Rams have just one Mt. League title to their name and rest assured they would like to add another.

The Mounties are in rebuild mode with coach Jeff Vroman heading into his second year of his second stint at P-O. Vroman finds himself and his team in a more comfortable spot with many returning players that hope to improve on last years 2 win season. It’s never a bad thing when you return your starting qb (Bustkey), more than half of your line. Gone are the top three rushers which will be tough to replace. They do replace top receiver in tight end Nick Johnson. Defensively the Mounties have a nice core returning to build on. “With numerous returners back on both sides of the football, we are looking to improve in all phases of the game. We need to continue to develop younger players and build depth. With such tradition you surely want to win the last championship and we’ll do everything we can to try to get it” said Vroman.

The Golden Eagles are back they say. John Franco will continue his rebuild after starting his second stint at Tyrone. Fresh off a Big 33 win, Franco feels energized and thinks his team is energized as well. Tyrone returns a large portion of the team the went 4-2 in conference last year and is led by Soph QB Ashton Walk who threw for over 1,200 yards and 14 tds last year. One of his main targets returning is WR Ross Gampe who hauled in 28 passes for 370 yards and four scores. Returning at tailback Colt Miller and Andrew Weaver. The offensive line returns four of five and could be a strong point for coach Franco. “We won four of our last five games with a freshman quarterback; Ashton Walk, who led us into the playoffs. With 7 to 8 returning starters on both sides of the ball we expect improvement especially early but we do play in a very tough mountain league conference and a tough district 6 AAA field” said Franco.

On defense Gamp, Josh Patterson and Ronan led the team last year and they return as do 5 others with experience. Look for the Golden Eagles to also stake their claim for the last Mt. League title.