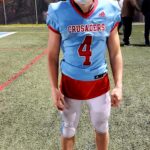 Second half surge by Crusaders junior running back Billy Whiteley lifts team to comeback victory 23 to 13 over Norristown.

It didn’t start out that well for the Crusaders in the first half though as Norristown put points on the board just over midway thru the first quarter when quarterback Nicholas DiNolfi connected with wide receiver Chaz Middleton for about 50 yards and the score, extra point was good to make the score 7 to 0 Eagles.

It wasn’t until the second quarter with about 1:08 left in the first half, when the Eagles scored again when quarterback Nicholas DiNolfi took off for 15 yards and another Norristown touchdown, this time the point after was no good and left the score at 13 to 0 Eagles over the Crusaders. That was eventually the score at halftime as well.

The second proved to be much different than the first, when it was the Crusaders that scored first with a 4 yard run up the middle by running back Billy Whiteley to cut the Eagles lead down to 6 with just under seven minutes left in the quarter.

On the ensuing possession for Norristown, the Crusaders defense stopped the Eagles 3 straight to make them put, the punt would be blocked by the Crusaders and they would take over deep in Eagles territory after a personal foul penalty gave them 15 extra yards. Judge did get down to first and goal, but a loss of down from an intentional grounding penalty stopped the drive, the Crusaders brought in their kicker to try the 25 yard field goal, which he nailed to bring Judge to within 3 points, trailing 13 to 10 with 3:49 left to play in the third quarter.

After another defensive stop by the Crusaders, Judge went down the field, and was at first and goal once again when running back Billy Whiteley scored his second touchdown when he ran a sweep to the right and scored from 4 yards out to give Judge their first lead of the game in the fourth quarter.

With just over 3 minutes to play, Judge added some comfort and breathing room when guess who, Billy Whiteley took the handoff 23 yards for his third and final score of the game, giving the Crusaders a commanding 23 to 13 lead which was the final score in the end.

Stats can be emailed to me at 570Football@gmail.com 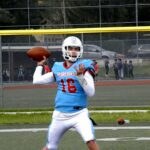 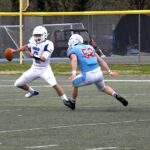 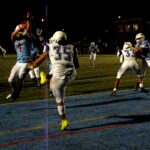 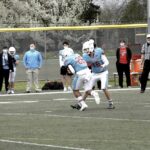 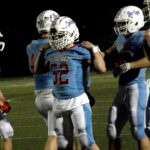 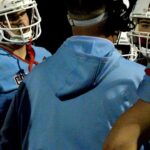 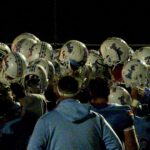 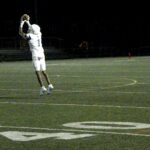 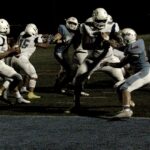 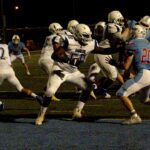 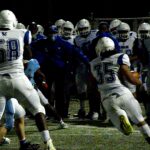 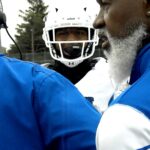 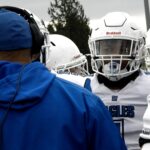