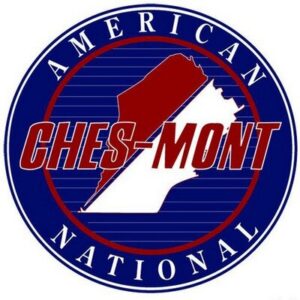 Head coach Pat Clark and the Longhorns look to keep that same momentum from last season to now.  The Longhorns finished with a 9-3 record, while also remaining undefeated in the Chesmont American League with a 7-0 record.  Unionville’s QB from last year, Matt McCloskey has graduated, and the Longhorns have to fresh faces at QB in Levi Brawley and Ryan Gilday.  Running back Joe King returns to the team and will also bring his versatility to the secondary at cornerback.  Unionville will face Academy Park at home this Friday.

Head coach Mike St. Clair and the Golden Knights had a great season (11-2) last year.  Their anchor, Dayshawn Jacobs has departed and will be playing for West Chester University in the fall.  Jacobs set the Chesmont rushing record with 2,741 yards along with 43 TDs to pair.  Jacobs’ younger brother Daimon helped anchor that defense in the secondary unit and will carry the load at running back this year.  Rustin fell short just one point of winning the district 1 -5A championship in a double OT thriller.  There are high expectations for this Rustin Team heading into the 2022 season.  Rustin starts the season off with an instant classic against their rival Henderson on Thursday, September 1st.

Patriots will have a new QB leading the way in Braden Melia.  Melia is junior QB who has this year and the next to really take that next step.  Andy Talone was the focal point of the Patriots offense and graduated this past year.  The Patriots also lose Dylan Cave to graduation who was Talone’s favorite target.  Led by head coach Jeff Martin, Great Valley has to focus more on their spread offense to win games and to be a top contender in the Chesmont, they’ll have to go through Unionville and West Chester Rustin to solidify their place in the race after finishing 4-7 last year.  Great Valley will face Phoenixville in the first game of season on Friday.

The Hornets had a rough 2021 season going 5-6 on the year.  They return two starters in QB Dustin Long and RB Luke Piskum.  Head Coach Jason Schottin in his 4th season as head coach is looking to rebuild the program to have their first winning record since the 2013-2014 season (7-4).  Oxford will play Avon Grove on the road this Friday.

Led by head coach Ernie Ellis, The Sun Valley vanguards will do anything they can to do better than they did last season.  In his first season as head coach, they finished 2-9 with their only wins coming from Penncrest in Week 1 and Great Valley in Week 3.  The Vanguards have not had a winning season since 2006.  On the bright side, they put up 24 points on a tough West Chester Rustin team which was the most points they’ve scored all season.  They open up their season against Penncrest again and look to take that win like they did last year.

The Blue Demons led by head coach Lance Frazier, can be another sleeper team in contention to win the Chesmont American division this year.  They bring back the two-headed monster backfield in Julian Sparacino and David Lilli.  Sparacino rushed for 1,000 yards last season and after Kalen Frazier’s departure, it seems as though the Blue Demons run game will be in good hands.  Kennett will face upper Dublin on the road this Friday.