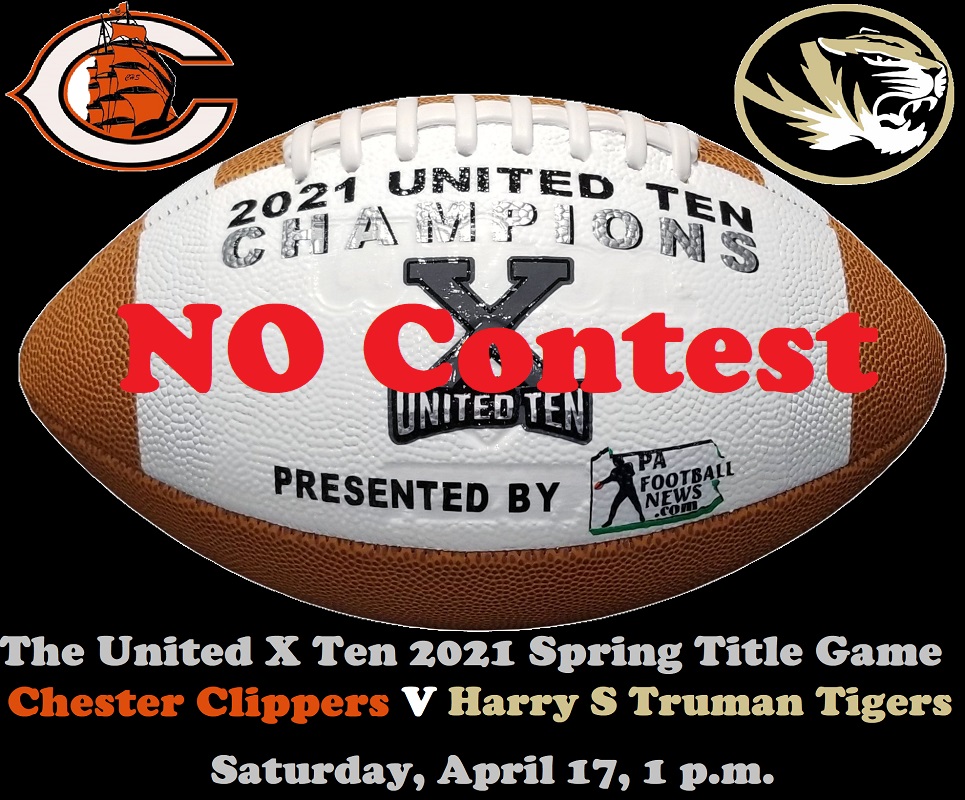 It pains me to say this. The United X Championship for spring football was declared a “No Contest” per PIAA rules concerning Covid-19 protocols. Last evening the Truman Tigers learned of a positive covid test to one of their players.  They notified the Chester School District of the situation and this morning a decision was made that the game was to be declared a “no contest” game by Chester District.

Nobody is happy about the situation. It’s just another unfortunate episode for the players and programs during this pandemic. Both head coaches, LaDontay Bell (Chester) and Ben Johnson (Truman) wanted the game to be played.  So much so that Truman was on the road to the game when the decision was made to cancel the game. During a phone conversation between the two they both expressed the desire to try to play the game. Because they both coached together, there was a genuine mutual respect for the decision made.

Chester will receive the trophy ball if the game can’t be rescheduled.  Chester (4-1) was the higher seed and Truman (3-2) was to be the visitor.  I (Billy Splain) awarded the ball to Chester today under the condition that if the teams somehow work out a deal to play this game by next Saturday night, April 24, the ball is back up for grabs.

The hiccup is Chester District follows the 14 day quarantine protocol which puts the earliest date the game could be played at May 1. The PIAA set a date of April 24th as the last day for Spring football. If somehow this game can happen, PFN will be there.  In the meantime, we’ll keep you posted of any developments.

Should this not be able to happen, the entire staff of PFN would like to congratulate both teams on a great spring season.

« Kensington uses early jump, cruises to win over South. @KENSINGTON_HS @SouthPhilaHS
George Washington Remains Unbeaten at 3-0, Have Yet To Give Up Offensive Points in Close Victory over Overbrook 6 to 2 ! @gdubeagles @GeorgePhila @Overbrook_FB @570Football »