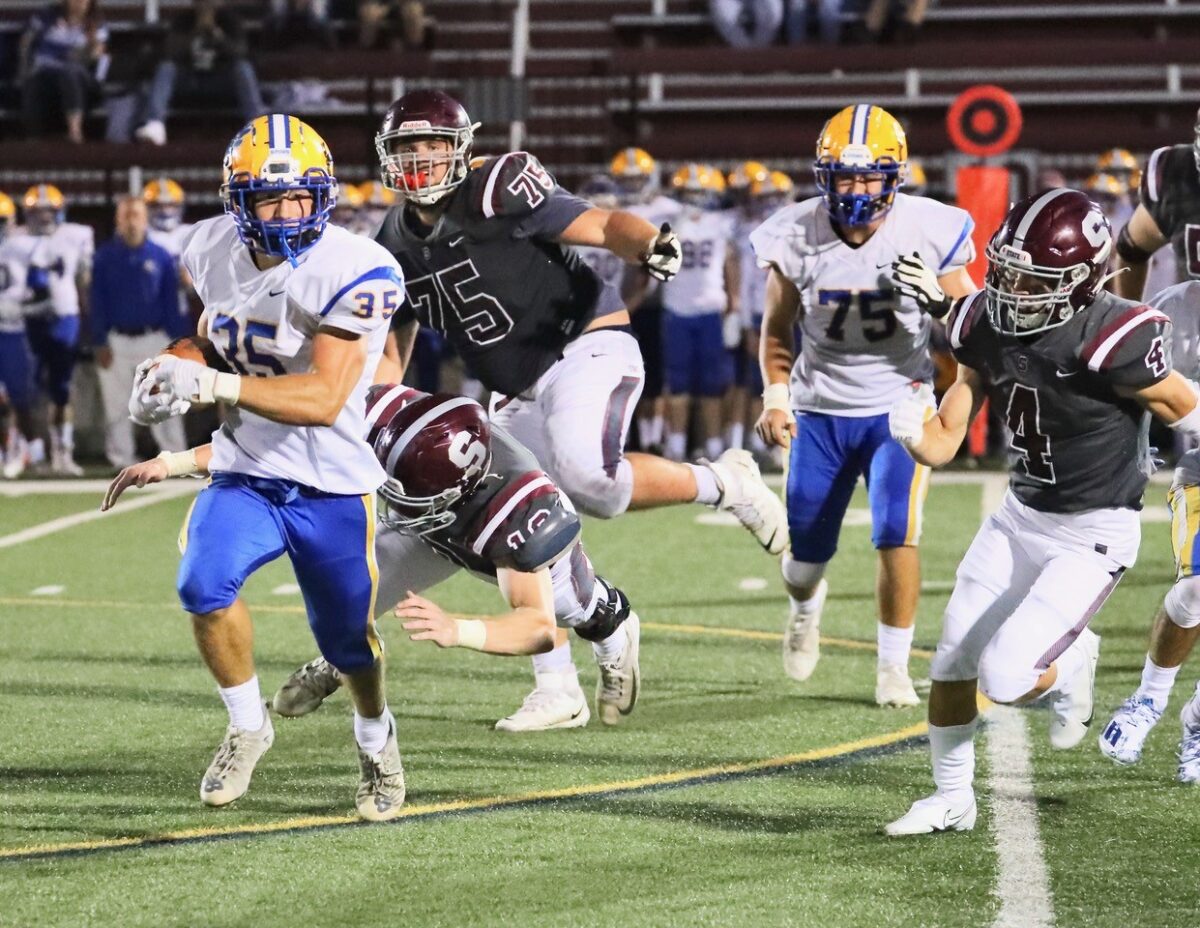 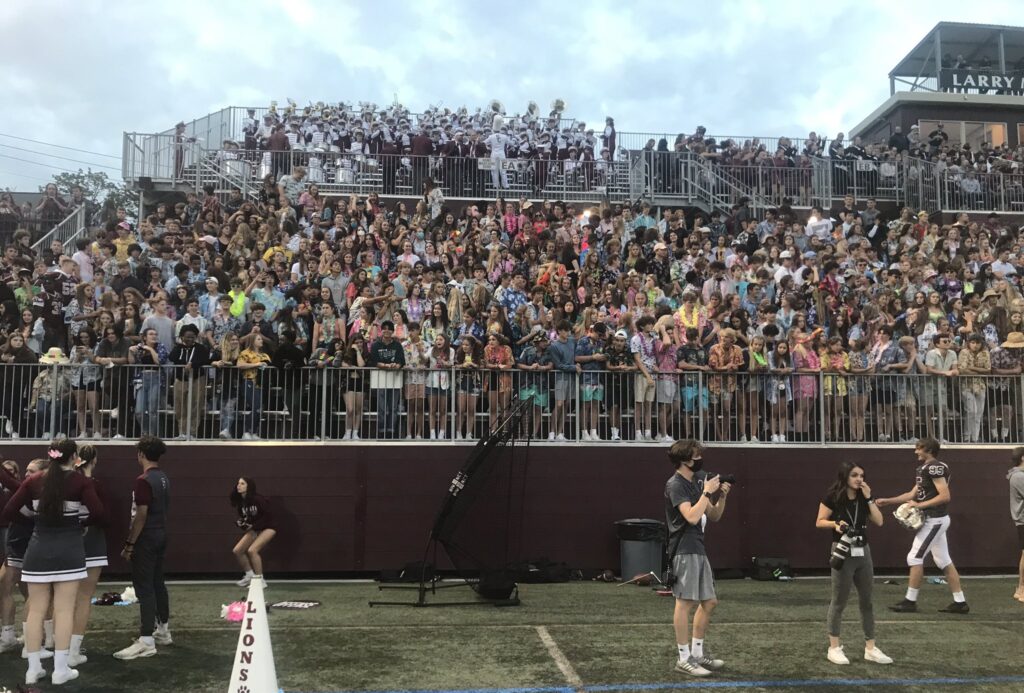 State College waited a long time for this. They’re newly remodeled Memorial Stadium was ready to accept their fans in a new way last year, but as we all know the covid pandemic put a halt to most places allowing fans.  Tonight was the night. The place filled up with home fans, it was loud, raucous and rocking.  They welcomed a new opponent, Downingtown East, a team they haven’t faced yet.  By the end of the night, the fans probably couldn’t wait for them to leave. The Cougars wore down the Little Lions in the second half with a potent rushing attack and just enough passing to get the job done, pulling away with a 42-21 win.

“We did ok, but we struggled at times. I would have like to run the ball better but we weren’t playing against a bunch of “schmoes” over there. That’s gonna be a good team” said East head coach Mike Matta. “Our quarterback is kinda coming into his own but he’s not quite there yet.”

Things went bad right out of the gate for State on their first possession when the center/qb exchange ended up on the ground and East recovered. The Lion defense held, and both teams exchanged possessions a few times before the scoring opened up. East quarterback Jamy Jenkins hit a quick completion to running back Josh Asante,  and on the next play Bo Horvath took the hand off 29 yards to the State High 17. Louis Rossetti finished the drive from one yard out to give the Cougars a 7-0 lead with 13 seconds left in the first quarter.

It didn’t take long for the Little Lions to strike back. With good field possession at their 48, it took just 4 plays to tie the game at 7. State qb Finn Furmanek and Jashuan Green hooked up for a nice 48 yard pass to the 6, then the two hooked up again on the next play for the score.

State college on the board with a 6 yard pass from Finn Furmanick to Jashaun Green. 7-7. 10:59 second pic.twitter.com/FH7IyswcWu

The Cougars weren’t phased, and on the ensuing kickoff Michael Giardino, who also played a big role as receiver, returned the ball all the way to the State High 23. On the next play Jenkins hit George Bousum who made the leaping catch that put East up 14-7 with 10:40 still to play in the second quarter. The Cougar defense played well all night, and held State to 3 plays and the punt. Taking over at their 39, East went on a 12 play drive that ended when Jenkins, who threw for under 100 yards but had 3 tds in the air, found Giardino from 8 yards out to put East up 21-7. ”

The Little Lions then went on an impressive scoring drive of their own,  marching 62 yards in 9 plays. Aided by a pass interference penalty, State got to the East one yard line where Furmanek called his own number for the score. With 3:22 left in the first half they trailed 21-14.

But it was the next series that seemed to suck the wind out of the Little Lions and the crowd. Once again good field position after the kick gave East good field position at the 40. Asante and Horvath, who both rushed for over 100 yards in the game, gained big chunks of yards, leading the Cougars to the 8 and Jenkins added a rushing touchdown to his 2 passing scores with just 38 seconds left in the half.  East took a 28-14 lead into the locker rooms. “Credit to our line, they just did a great job tonight” said Asante.

It’s a horse race. @DTownFball scores from the 8 on a keeper by Jenkins. 28-14 Cougars. 28 seconds left in the half pic.twitter.com/cB7a2lsyq5

Coming out in the second half, it looked like State High found something on defense. They held Downingtown to three plays and forced a punt. Then with State facing a punting situation, Quinn Murphy, who converted a fake punt early in the first quarter, performed the trick again to give State what looked like new life at the East 45, but the Cougar defense stiffened. And their offense delivered the dagger with a quick 75 yard td drive capped by a 47 yard td reception from Giardino.

The Little Lions got one more score in the fourth, a one yard run by Jack Morris, but it was East that ended the scoring with a 17 yard run by Horvath.

“We gave up terrible position on kickoffs, but we did ok on the punt game. ” said Little Lion head coach Matt Lintal. “It hurt us a bit when Jashuan was hurt there for a bit, but we put Finn out there at wideout to do his thing. Credit to them, they did a good job. We have a lot to clean up .” State College will play at Hollidaysburg next week.

Matta isn’t ready to proclaim the Cougars as contenders just yet. “We got Del Val next week so we’ll see, that’s the third quality team we’ll have faced in a row. Our quarterback, he’s young but he looks better. He’s not quite there yet but I’m happy with where we’re at.” 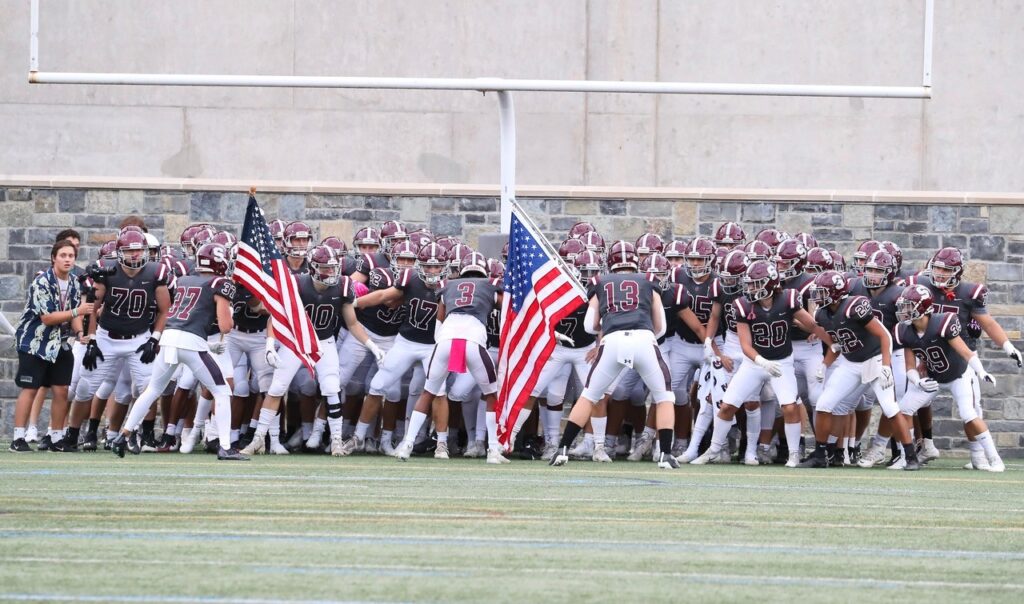 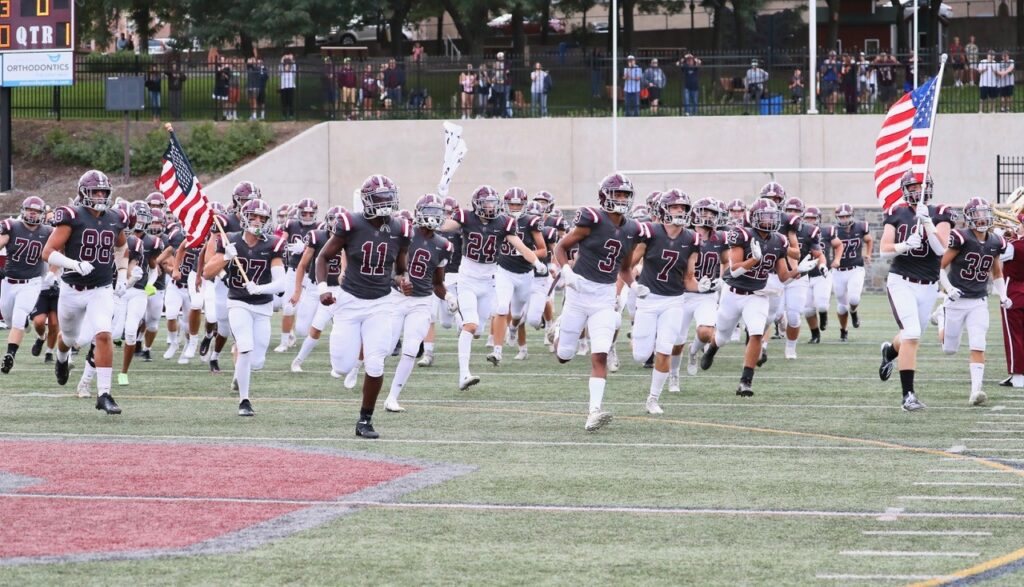 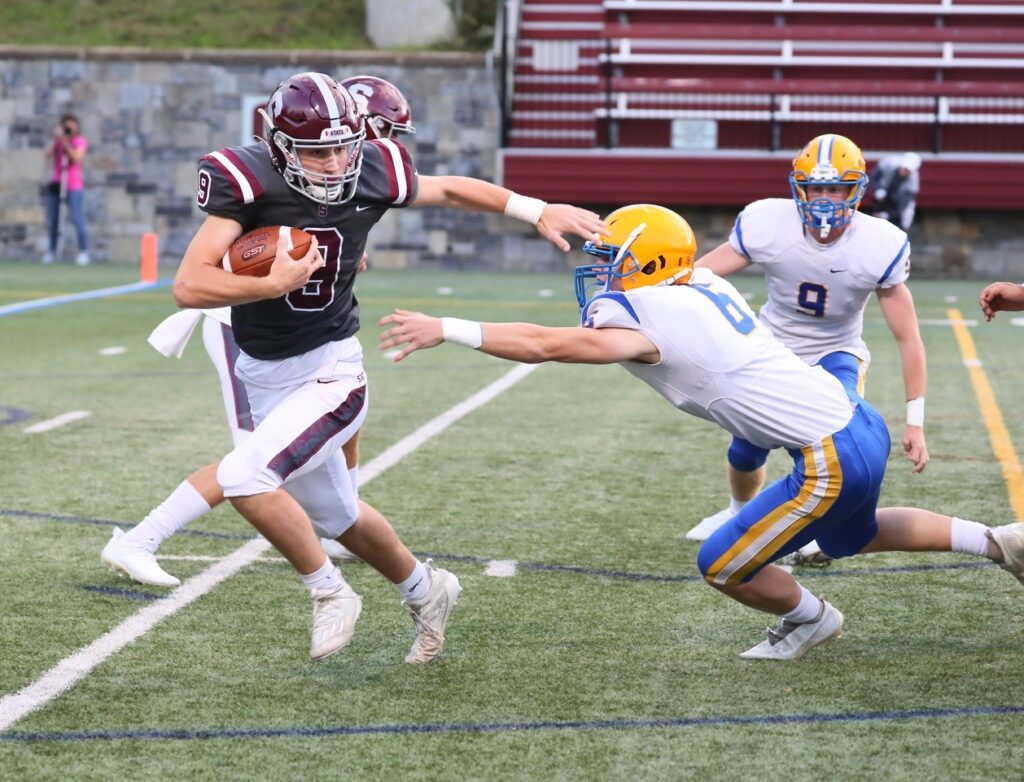 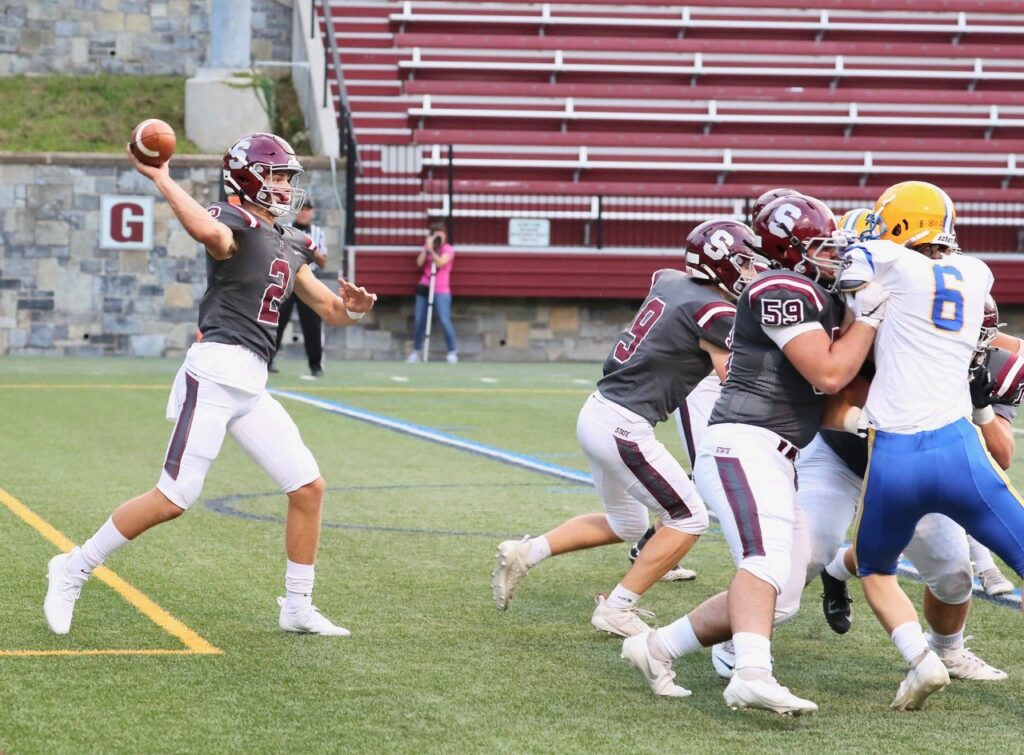 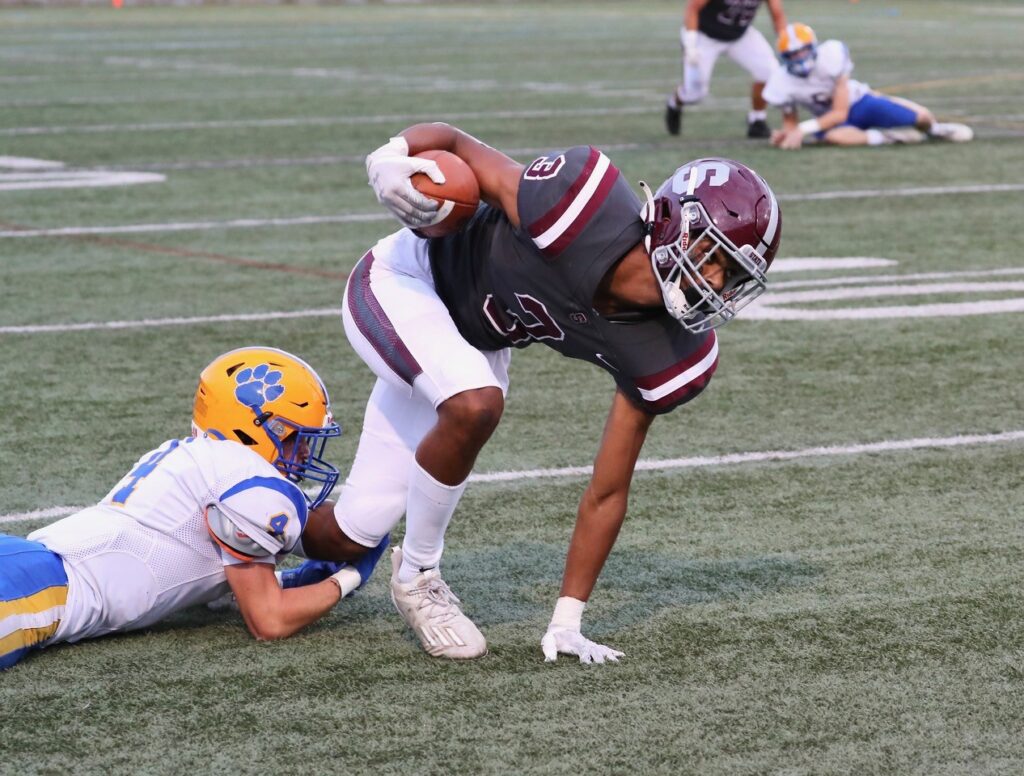 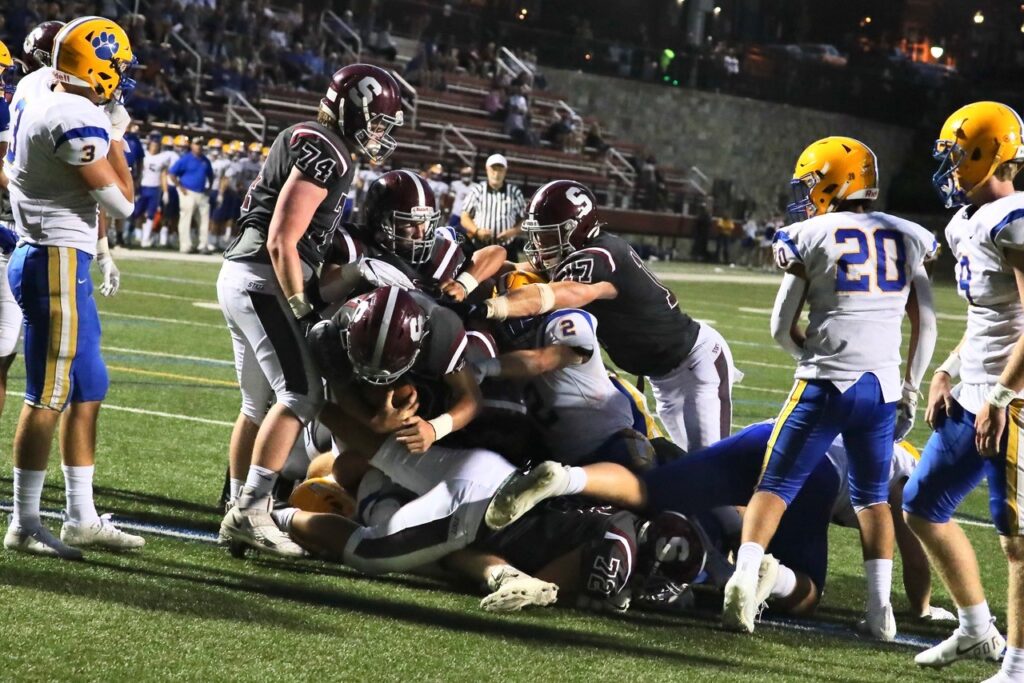 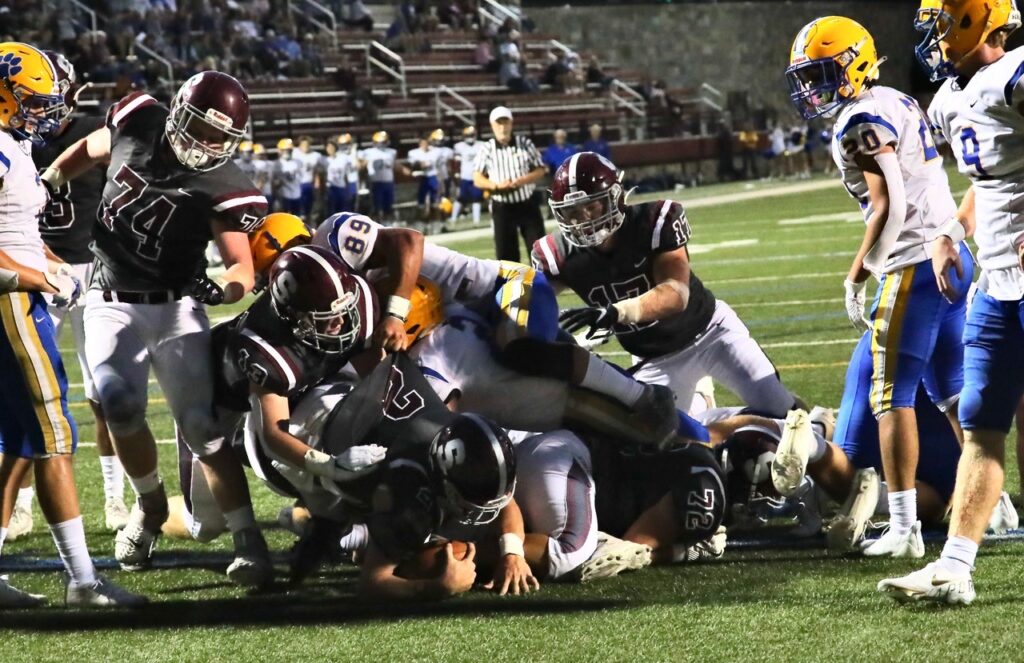 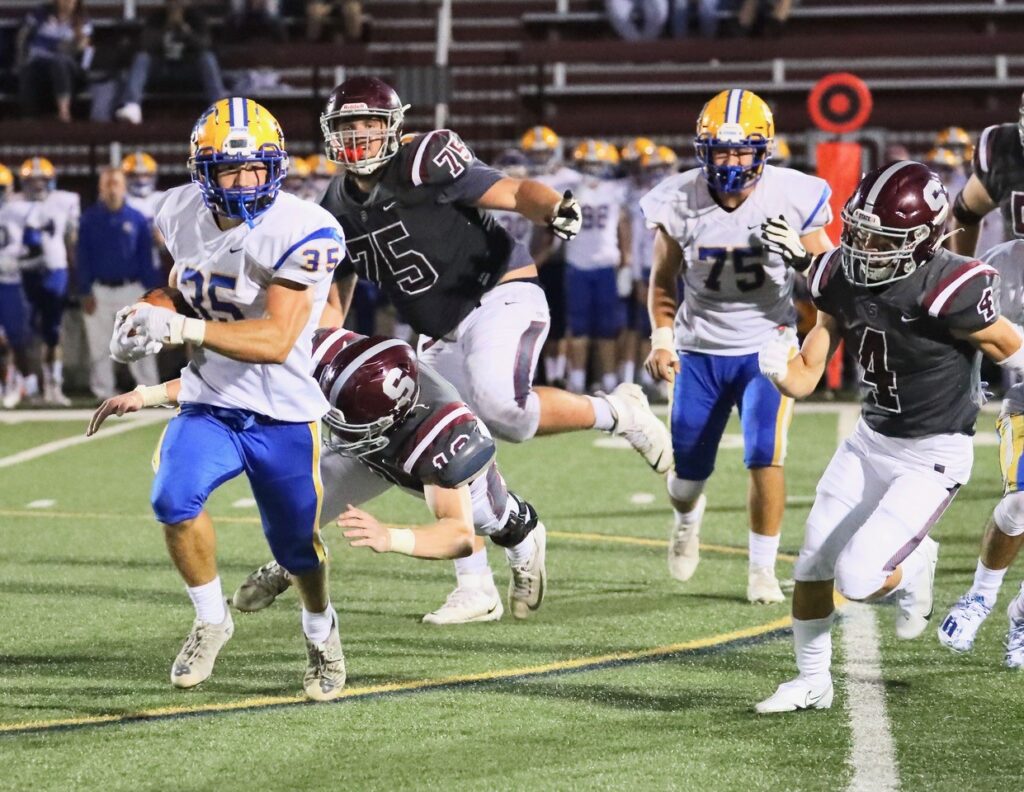 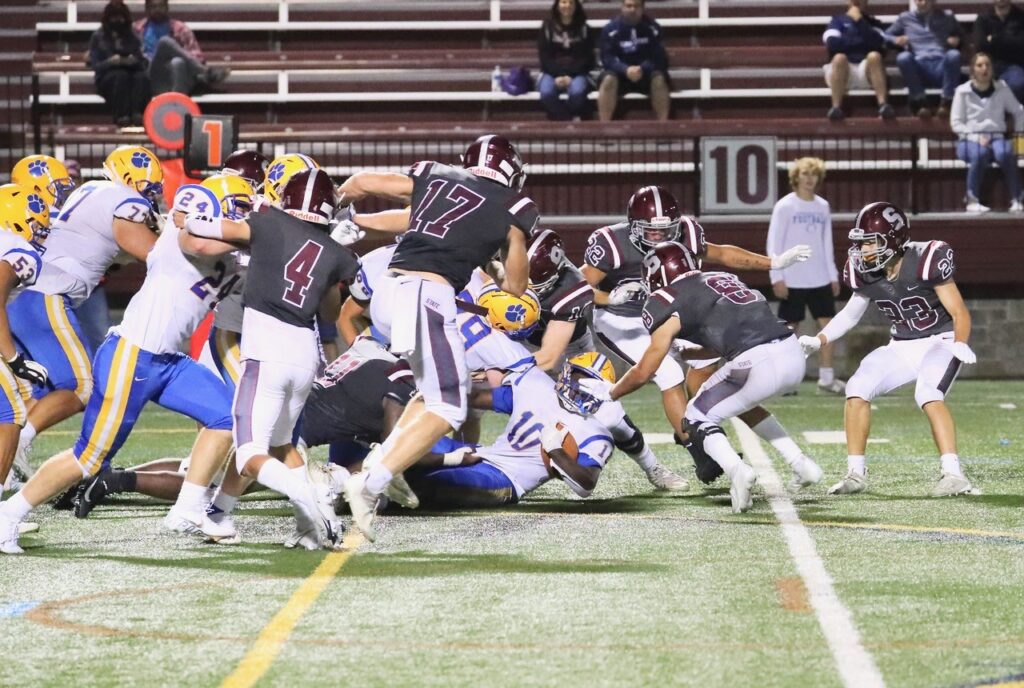 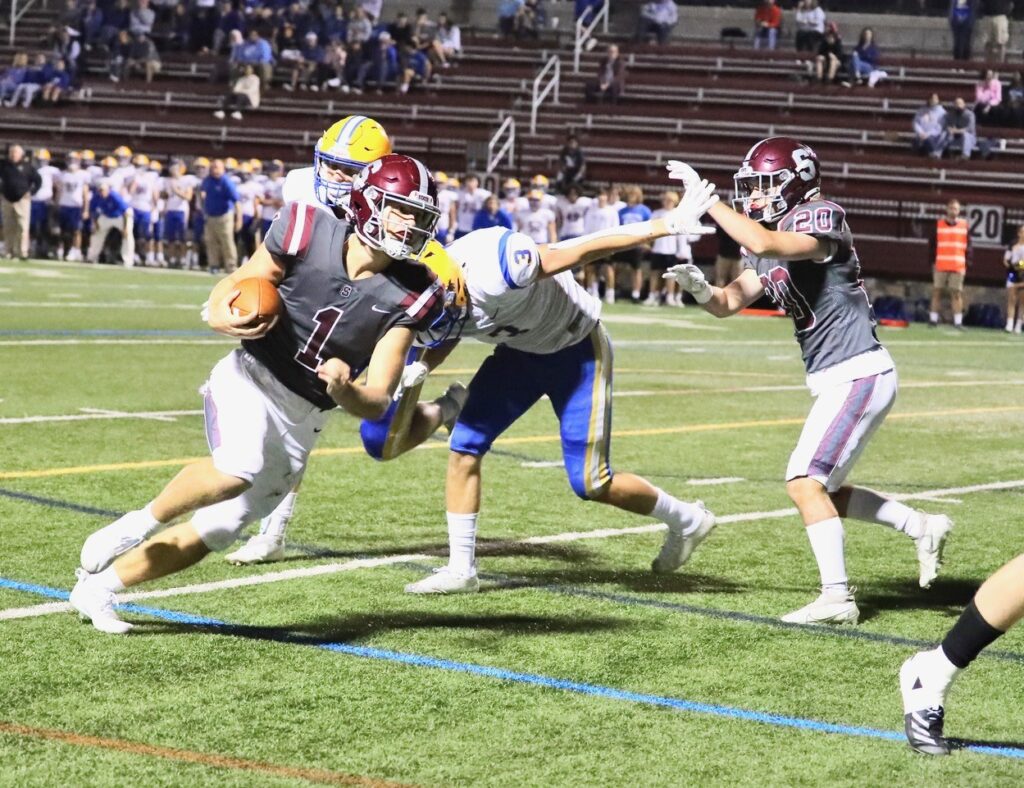