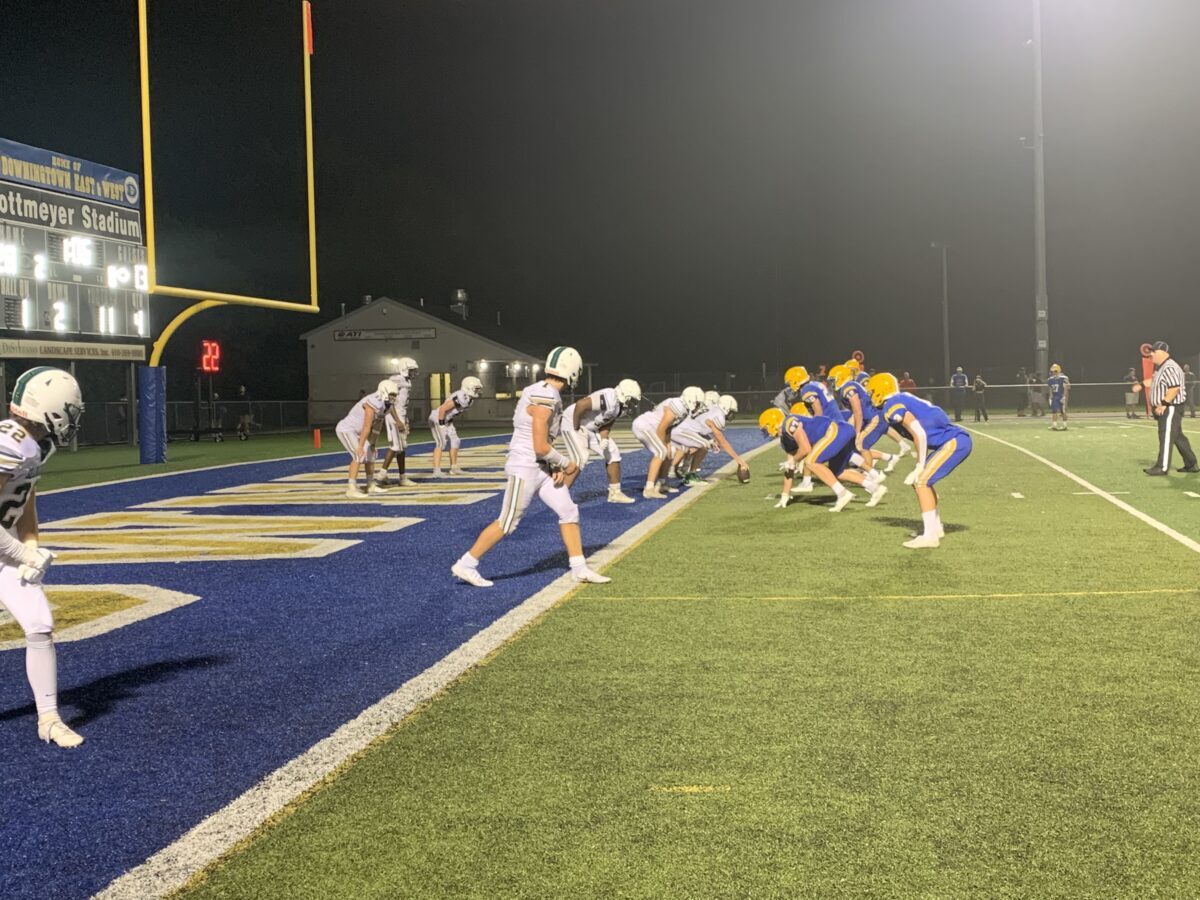 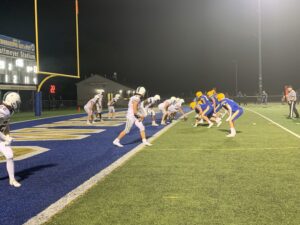 Downingtown East over the past few weeks have been showing how good they really are.  Downingtown started their season with two away games and took care of business against Pennridge and State College.

They have a way showcasing their dominance in the run game, as they’ve been successful since Downingtown made the split into East and West.   They averaged over 200 yards rushing in the game, led by RB Bo Horvath after starting running back Josh Asante was out with an injury.

“The O-line played real well, we ran for some yards but I don’t know if we dominated the line of scrimmage like I wanted to,” said Downingtown East head coach Mike Matta.

Bo Horvath 26-yard run. 5:03 in the half. @PaFootballNews @DTownFball pic.twitter.com/ykt1rIOlHs

Jamy Jenkins accounted for the 3 scores early in the first quarter.  One was for a quick 5-yard TD pass to Louis Rossetti and the other, a 2-yard quarterback draw, and then a quarterback sneak on the goal line.

The Cougars would not score again until the seven minute mark in the 3rd quarter.  This is what essentially kept Bishop Shanahan in the game until the final whistle.

Shanahan started to gain momentum slowly as the game kept going.   The Eagles answered with their play maker, Cooper Jordan with a 65-yard electrifying TD run at the end of the half with no one in arms reach of him.

65-yard TD run by Cooper Jordan! He was gone. 21-7 1:49 left in the half @BSHS_Eagles_FB @PaFootballNews pic.twitter.com/NHZaQtKHw9

The Eagles had the advantage with receiving the 2nd half kickoff after Jordan’s TD to cap off the half, but they couldn’t seem to click when it mattered the most.  There were penalties flying all night with both teams, and Shanahan was not able to capitalize off of Downingtown’s mistakes and started committing their own mishaps.

“We shot ourselves in the foot and I think it took us a little bit of time to figure out that our kids could play with them.  I think had they come out with that mentality to start, things would have been different for us,” said Shanahan head coach Paul Meyers.  “We knew we were receiving in the 2nd half, that was our whole halftime speech, we have to get down there and score right away.”

Shanahan did just that, they dialed up a big 41-yard reception by Colin McGrory followed by a 20-yard scramble from Cooper Jordan, which set them up perfectly for a circus-like 20-yard TD from Jordan to Greg Lewis.

Shortly after the kickoff, The Cougars rained down on their parade with a 37-yard return from Michael Waite which eventually led to another Horvath TD, which was the final score of the game.

“We played three pretty good games coming into tonight, I don’t know if we looked past or we just weren’t ready to play,” said Matta.  “There were a couple of opportunities in the first half to put them away and we just couldn’t capitalize offensively and we let them hang around.  You can’t let a good team hang around and they started getting confidence and we couldn’t regain composure.”

Despite the win, Matta knew his team under-performed and had the pieces to dominate all four quarters of a game.

The Cougars improve to 4-0 and take on Rustin next week in a redemption 32-13 loss last year.  Shanahan loses their first game of the season and look to improve to 4-1 next week against Pennwood.