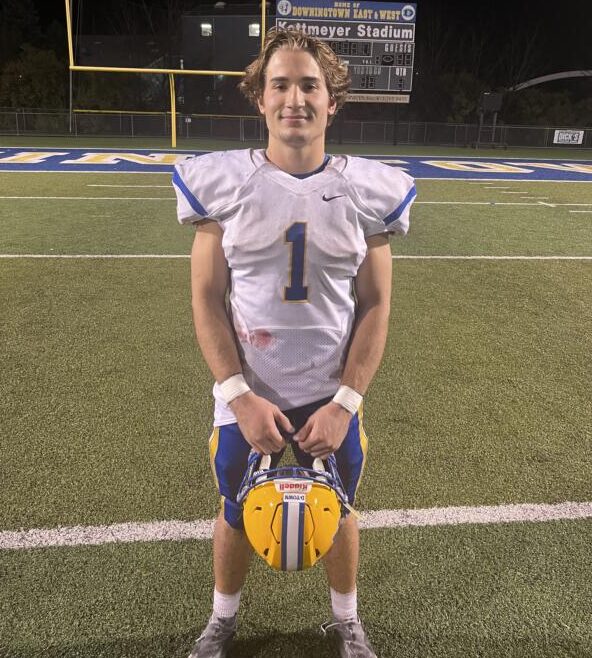 Downingtown East put on a clinic in tonight’s victory over Downingtown West. 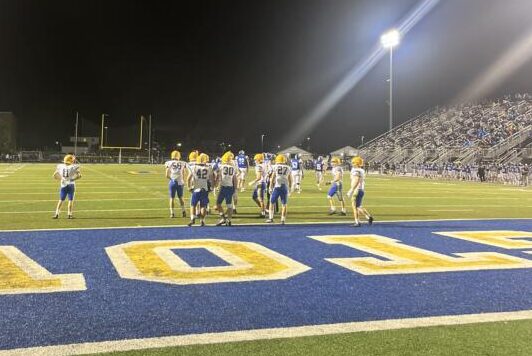 Tonight, was a rematch between longstanding rivals #12 Downingtown East and #4 Downingtown West in the third round of District 1 class 6 playoffs. For those who were expecting a close game between these teams like they had during the regular season, we’re sadly disappointed. This game was quite the opposite. In the first bout between these two teams, Downingtown West came on top in a close game 31-28. This time Downingtown East put an absolute maulling on Downingtown West in a 34-9 victory to advance to the semifinals. Downingtown East played tough physical defense the whole game. Watching the game you could tell that they cleaned up their mistakes on the defensive side from last time.They held quarterback Quinn Henicle to only 168 passing yards and one interception this game as opposed to 364 passing yards against them in the regular season.

@DTownFball starting off the second half the same way they ended first, dominate defensive pressure. pic.twitter.com/ENInFEKvlX

The player of the night would have to go once again too running back Bo Horvath of Downingtown East. This man is an absolute beast on the field and seemed to have his way with Downingtown East the entire game. Horvath scored 5 touchdowns and rushing for 275 yards against the whippets.

In the first half alone, Horvath had 183 rushing yards off 21 carries. He scored four of his five touchdowns in the first half and two of his touchdowns were each 50 plus yard carries. He played tough Downingtown East football and did not let up on any of his runs making it hard for him to be brought down. Horvath did mention that being held to no touchdowns in their previous encounter with Downingtown West this season was something that he took personal going into this game. He gave great credit to his offensive line saying that this was the best performance he has seen out of them this whole season. When asked as a leader what was the preparation for getting his team ready going into this game this week he said, “We had to get everyone super pissed off ready to play. Everyone’s got to know their assignment and just finish.”

54 yard touchdown by Bo Horvath putting @DTownFball up 27-3. That was TD #4 of the night for Horvath. @PaFootballNews pic.twitter.com/4B7MYdPPlr

When asked what what’s the difference between this game and the first time playing Downingtown West this season, head coach of Downingtown East Mike Matta said, “We out smarted ourselves last game we did too much nonsense and they outcoached us the first game so we said you know what we’re going to do what we do go back to the basics and that’s what we did.”

He also felt that after suffering the loss that they did against Downingtown West the first time that he was very proud of his team, and they deserved this win because of how hard they worked. Coach Matta said that before the season started, they told themselves as a team that they were going to make it past the second round this time, and that they certainly did.

When asking Downingtown West head coach Mike Milano his thoughts on what went wrong tonight for his team, he said, “I was completely outcoached. I felt like my team was not prepared. From the opening kickoff with the 45 yard return you know we were on the ropes they had this on the ropes early. We felt that way, we all felt it that way our sideline. Credit to them, they came out and have a great game plan and they played their butts off.”