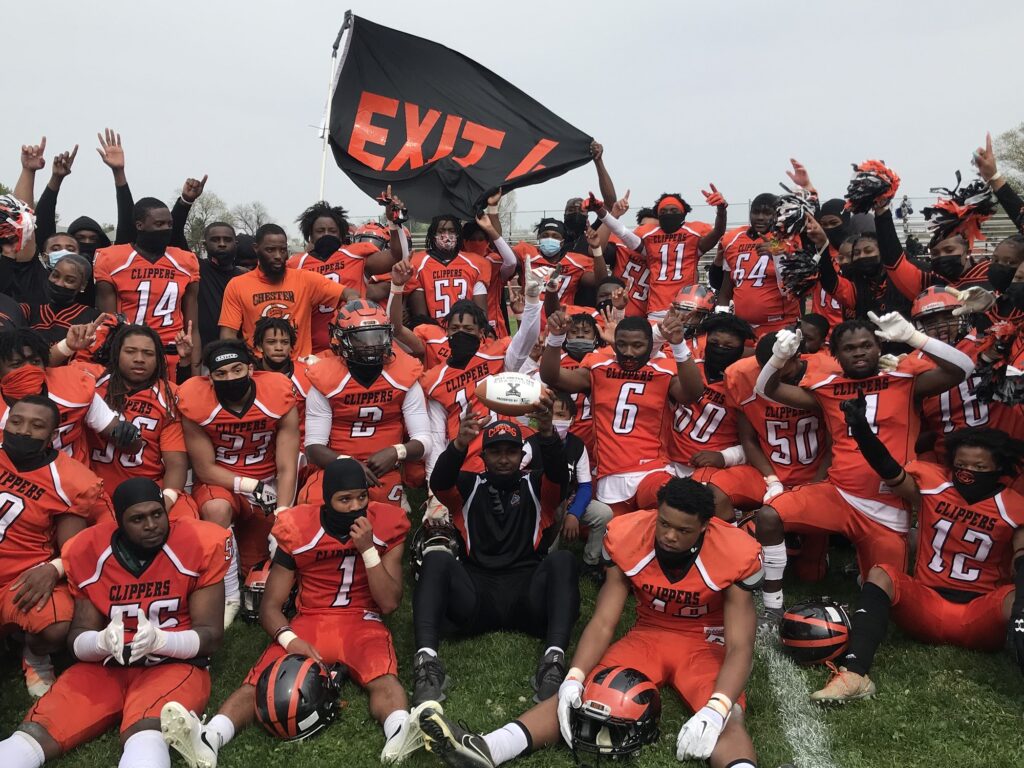 The Chester Clippers have something nobody else will ever have nor will anyone else be able to take it away from them. Today they took down the Truman Tigers 28-18 to claim the one and only United X Title.  This was a battle that’s been brewing for two weeks, and it lived up to it’s championship billing. Truman wide receiver Sincere Thomas had another stellar day, torching the Clipper defense in the first half for 148 yards and 3 tds on 6 catches to put the Tigers up 18-6 at halftime, but that same defense dropped anchor and refused to budge in the second half, giving the offense multiple opportunities to score, and score they did. “We just had to put our best on their best. Understand that Darron Miller is our best athlete, and #2 (Thomas) is theirs. We had to make that switch and this is the outcome” said LaDontay Bell, head coach of the Clippers. This was a game that was supposed to be played last Saturday, but a covid situation delayed the game a week. Teams were playing for what will be the only United X trophy. 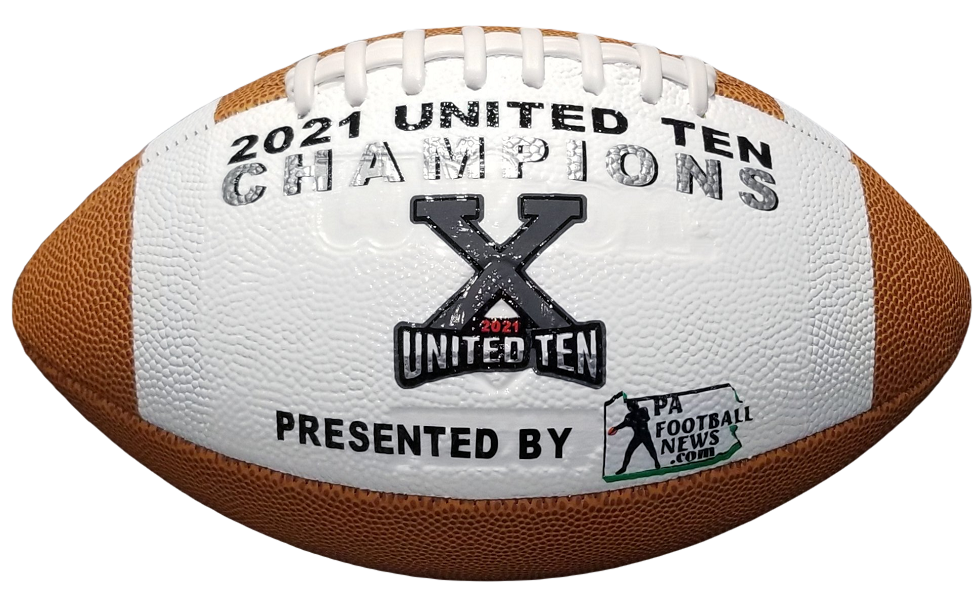 Trophy ball created by The Ballgirl

This title bout started like a slugfest and quickly became a track meet.  The game started with 5 consecutive punts as each team seemed to be running on adrenaline, but when it was time to settle in and play football, they lit up the scoreboard. Truman took the first lead of the game with the first td for Thomas, a 58 yard pitch, catch and dash from Terrell Delp. Extra points, however, proved to be difficult all day long so the score remained 6-0 with 8:09 left in the first half.

The Clippers sailed right back into the game when Isaiah Freeman found Miller wide open in the endzone to tie the game at six. It was a tie score that was short lived. On the ensuing drive Delp and Thomas hooked up again from 25 yards out to make it a 12-6 lead for the Tigers, and after forcing a turnover on downs, the duo connected one more time with 7 seconds left in the half.  On fourth and 20 from the Clipper 24, Thomas hauled in his third td reception to put Truman up 18-6 at the break. “He’s just a super special athlete” said Truman head coach Ben Johnson.

Wow. On fourth and 20 he does it again. @Sinnysowavy1234 with the 24 yard td. 7 seconds left in the half pic.twitter.com/YCpopVaC6R

“I’m just proud of what my defensive coordinator has been doing. I told them all this week that “I” wasn’t going to win this game, “We” were and they all came through” Come through they did.  Chester opened up the magic treasure chest right off the bat in the second half. On the first snap of the third quarter Anton Sterling took the handoff, pitched it to Charles Thompson who then returned it to his quarterback. Freeman then launched to ball to an open Jason Stone at the 14.

Trickeration by @Clippers19013 led to the td pic.twitter.com/w32vGEGFBN

The play nearly went for naught as on fourth and one at the line Freeman lost the ball going through the pileup but luckily Cyheem Brown pounced on the loose rock. Freeman made up for the mistake by getting the two point conversion to bring the Clippers within four points, 18-14. “That’s a play we ran against Penn Wood but we didn’t get the same outcome, we didn’t score, but we stayed with it and won that ball” said Freeman of the pitch play.

It’s an interesting feeling on the sidelines, when you can feel one team sucking the momentum away from another, and that sucking feeling turned into a whirlpool of Clipper defenders surrounding the Truman qb for nearly the entire second half.  After forcing Truman to punt from their 36, the Clippers were also forced to punt from their 37 but the result was different. Field position became a key to the Chester comeback. The punt rolled to the Truman 15. Again the defense swarmed, and a host of Clippers sacked Delp to force another punt. This one only went 10 yards. Three plays later Chester had it’s first lead of the game on a 4 yard run by Freeman, 20-18 with 3:47 left in the third quarter.

With 2:47 left in the third Isaiah Freeman in from the four and @Clippers19013 take the lead 20-18 pic.twitter.com/dkdUwGXMSn

“We were beating ourselves in the first half. We just had to calm down and relax. They punched us in the mouth in the first half, we just had to punch back” said Freeman. Punch they did. On Trumans net play they punched the ball right out of running back Kobe Durag’s hands and Kenny Winters recovered for Chester at the Truman 24. They didn’t score on the drive but they did manage to chew up valuable time on the clock. With the defense once again giving the home team good field position, the Clippers took advantage. A personal foul penalty after a punt put the ball on the Truman 24. Several plays and penalties later Sterling, who was held to 46 yards on 14 carries, plunged in from the one. They missed the crucial extra point attempt leaving it an 8 point game, 28-18, with time left on the clock.

With 2:47 left in the third Isaiah Freeman in from the four and @Clippers19013 take the lead 20-18 pic.twitter.com/dkdUwGXMSn

The Chester defense held Truman to 4 plays and took over with 1:30 left to play. Thomas nearly tied the game again when the Tiger defense wrapped up the Clipper ball carrier and he ripped the ball away and sprinted toward the endzone, but the play was ruled over. “I gave it may all, did everything I could do, I thought we got that play, I didn’t think it was over, but it’s ok. It was a good game” said Thomas. 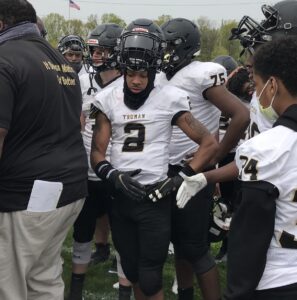 Sincere Thomas at the halftime break

Chester finishes the spring with a record 4-1 and the title while Truman wraps up at 3-2. A tremendous, hard fought game by both teams and a fitting end to the “Longest high school football season ever” (more to come on that later this week)

For now, we close the scoring book on our spring season in Philly, I just want to take this last moment to thank my entire staff who covered nearly every game. We only missed two. Without them, this wouldn’t have been possible. Great Job Everyone!  Thanks also goes out to all the players, fans, coaches and people of Philly.  You opened your stadiums to us with warmth, kindness and excitement.  We’ll see you in the fall!