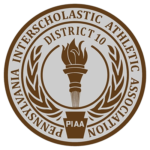 The Mercer Mustangs made the District playoffs in 2021 but graduated a lot of players. Losing its quarterback and top rusher, this year’s team will be young, so expect 2022 to be a bit of a rebuild. The team should grow throughout the season, but there will be some growing pains along the way.

The Reynolds Raiders are the reigning District 10 Class A champion and are a favorite to win another. The Raiders return exceptional running back Jalen Wagner, who looks to notch back-to-back 2000-yard rushing seasons. Reynolds also returns senior quarterback Brayden McCloskey. As the favorite to win Region 1, expect the Raiders to have one of the best offenses in District 10. But head coach Josh Mull knows that nothing is given, stating, “I expect us to compete week in and week out with the goal of improving each week.”

Though Kennedy struggled in 2021, that wasn’t unexpected for new head coach John Reay. He needed to install his system and get his players prepared for his style.

In 2022, the Golden Eagles return 21 of 22 starters. And with a year’s more experience running Reay’s system, he feels his team is ready for a big year. Rayvion Wilbon-Venable had over 1000 all-purpose yards last year, over 1000 yards passing, and will be a big part of Kennedy’s offense again this year. Reay is also excited by Simeir Wade, who also logged over 1000 all-purpose yards, stating, “You would have thought Wade was a senior the way he leads and the rest of the team follows and respects. His work ethic is like no other at that age, and I know this kid is going to be a star.”

While Kennedy should be much improved in 2022, the Golden Eagles play in a very tough conference full of experienced teams. But Kennedy returns a lot of experience, so it isn’t unreasonable to see them climbing toward the top of the standings if they catch a few breaks and continue to improve throughout the season.

Coming off its best season in history in 2021, the Cardinals have graduated plenty of star players from last year’s team. Cochranton will surely miss the production of running back Jack Martinec and some of the linemen who opened huge holes for the running game. Though it might be a bit of a rebuilding year, don’t count the Cardinals out completely. Mike Feleppa is a solid head coach and will create schemes that get the most out of his players. That said, as the season begins, Cochranton will be a few steps behind the top teams in the Region.

2021 was an up and down year for Cambridge Springs. Though the Blue Devils made the playoffs, it was a quick exit after a loss to Reynolds in the first round. This season, sophomore quarterback Morgan Applebee will run the offense. After taking over the starting role mid-season last year, Cambridge Springs feels more confident that they will be able to put points on the board. The Blue Devils open the season against Kennedy Catholic in a game that will give us a good picture of where both improving programs stand.

Maplewood had several recent years of success under head coach Bryan Borkovich. But after stepping down at the end of last season, Jason Wargo steps into the head coach role and looks to continue the Tiger’s success. There is no doubt that Maplewood is young, but Wargo is working with a winning culture. Look for the Tigers to continue to improve as the season goes on, and there is no reason this team can’t contend for a playoff spot.

Saegertown had some struggles during the 2021 season but still did enough to make the District playoffs. But after a first-round exit, it leaves many wondering if the Panthers can build and take the next step in 2022. The offense will be one of Saegertown’s strengths as the Panthers return three of its top rushers from last season. This experienced team should be a contender in Region 1.

2021 was a trying year for the Lakeview Sailors, but the team never quit and finished the season on a two-game winning streak. Unfortunately, Lakeview graduated star quarterback Gavin Murdock who accounted for a significant portion of the Sailor offense. Murdock was also a star on defense. Lakeview will be young and a bit inexperienced this season, so expect some growing pains early.