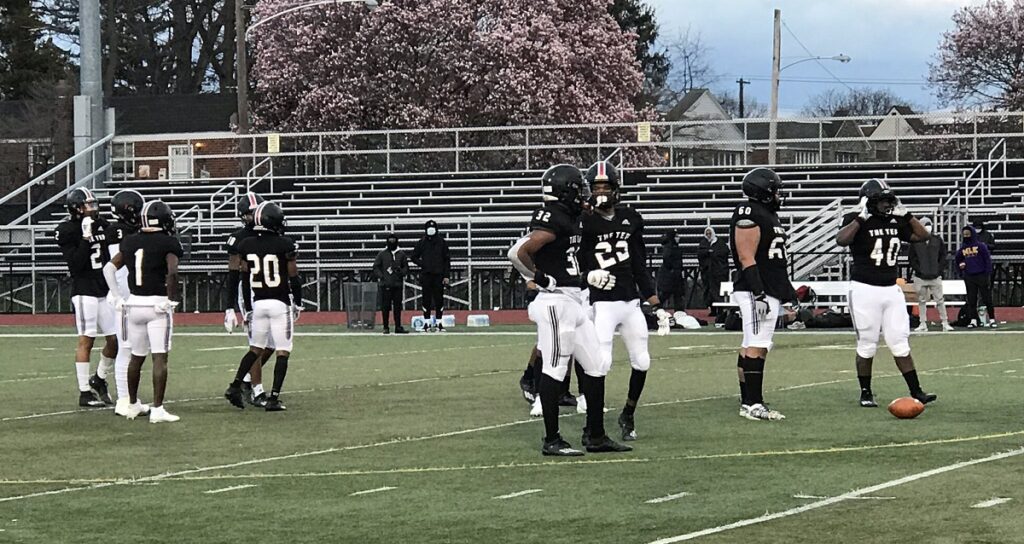 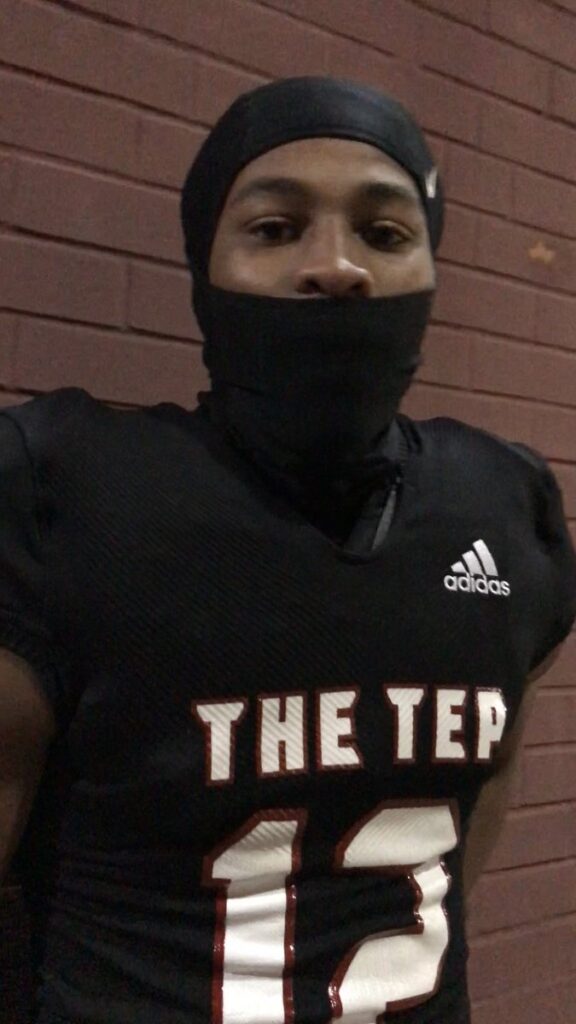 Imhotep defense waiting to make the next play

A Panther defense loaded with division 1 recruits should look sharp every game. Head coach Devon Johnson liked what he saw during Imhotep’s first game in over a year. “We been just waiting patiently to see how this team would perform. These kids have been together for a long time and know what to do.” That they did. The Panther defense locked down the MLK offense continuously giving their offense great field position, adding in a score of their own, en-route to a 42-0 shutout win.

Senior quarterback Tim LaSmith completed his first three passes of his senior season, two of them for scores. The Panthers opened up the game with a quick 50 yard drive on the legs of running back Will Robinson. The shifty back hit on gains of 2, 10, 8 and 12 before LaSmith finished the drive with a 8 yard run and then giving the ball to Cameron Jackson who finished the drive from the seven. “I feel like everything was just under control. We been playing against each other all season and it just felt good to get the win” said Lasmith after the game.

The defense forced their first of three 3 and out series for MLK in the first half, giving the offense the ball at the 49. Robinson had several more great runs before calling his own number to put Imhotep up 13-0. The next series led to a safety as the snap for punt sailed over the kickers head and out of the endzone. A huge sack by junior Maurice Beverly forced the punt.

After getting the free kick, LaSmith connected with Tahje Wright from 15 yards out to put Tep up 2-0.

Then the senior signal caller showed a bit of touch finding RJ Atkinson in the corner to put the Panthers up 29-0. On the following series Keon Wylie picked up a fumble and ran 13 yards to close out the scoring in the first half at 36-0

MLK head coach Malik Jones wasn’t excited after the game, but knows his team wasn’t ready. “We’re a lifting team. That’s 1/3 of our game really. Last year this game we led till late, but without the ability to be in the weight room we just weren’t where we need to be.”

LaSmith found D’Sean Seals for the final score of the game.