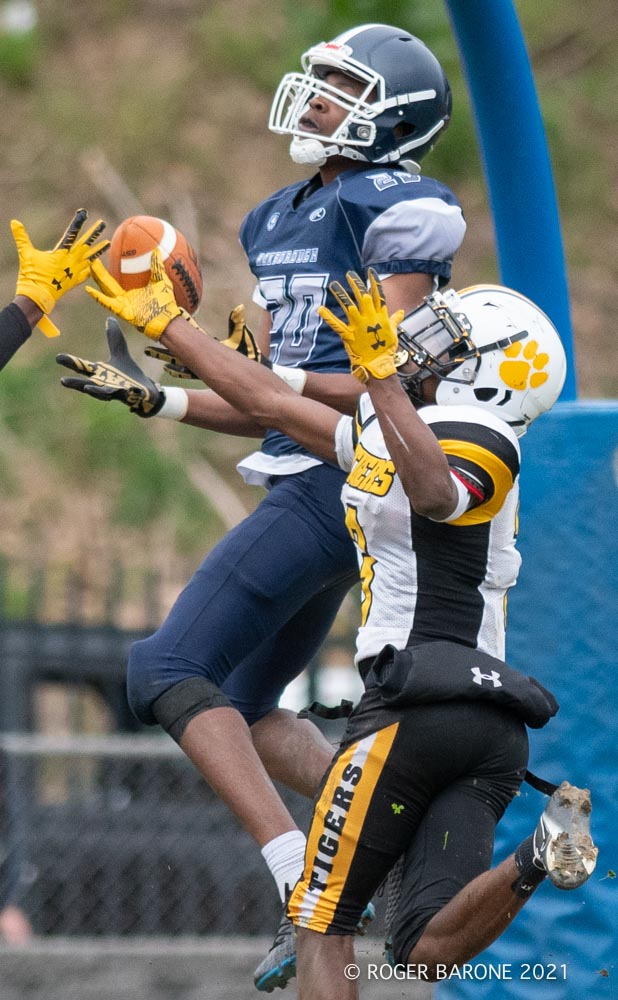 On an overcast Friday afternoon at Roxborough High School, the Kensington defense showed up and made a statement, guiding the Tigers to a 24-12 victory. Led by senior defensive end Maurice Walker’s three sacks and four tackles for loss, the Tiger’s front four caused havoc for the Roxborough Indians the entire game.

“I play with a chip on my shoulder,” Walker said. “I come from a hard place in the city, and that place fuels me.”

The Tiger’s offense looked sharp early, something that had been missing during the first three games of the season. Kensington’s nine-play 70-yard drive, capped off by a 45-yard touchdown strike from senior quarterback Jason Clark to receiver Nate Velez opened up an early 8-0 lead.

“The defense kept us in the game today,” coach Steven Quigley said. “The offense has been a work in progress. We’ve only had four weeks of practice, and we have a bunch of new players on the offensive side. Everyone who caught a pass today never caught a pass last year. It’s a brand new team, and we have had to learn how to win.

After Kensington’s first score, both defenses were the story of the first half, forcing both teams to punt twice before the half expired with the Tigers holding a slim 8-0 lead.

In the second half, Kensington’s rangy 6’3 Walker continued to prove why he is one of the top defensive ends in the Public League. His tackle for loss on Roxborough’s first possession put the Indian’s behind the sticks. Three plays later, Walker came off the edge for a sack, forcing a Roxborough turnover on downs.

On the following possession, the Tigers only needed six plays to score via a 29-yard touchdown pass from Clark to speedy senior receiver Isaiah Chambers, extending Kensington’s lead to 14-0. 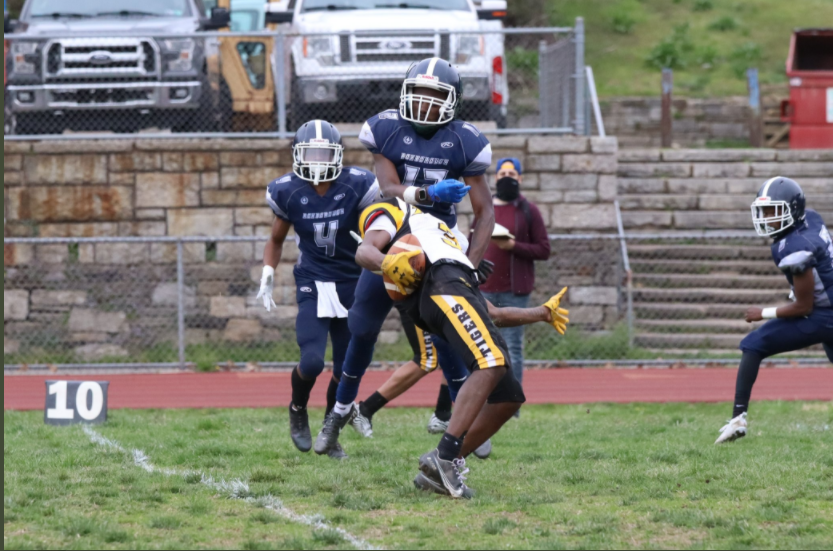 On Roxborough’s next possession, a muffed snap on a punt led to a safety, putting the Indians in a 16-0 hole. 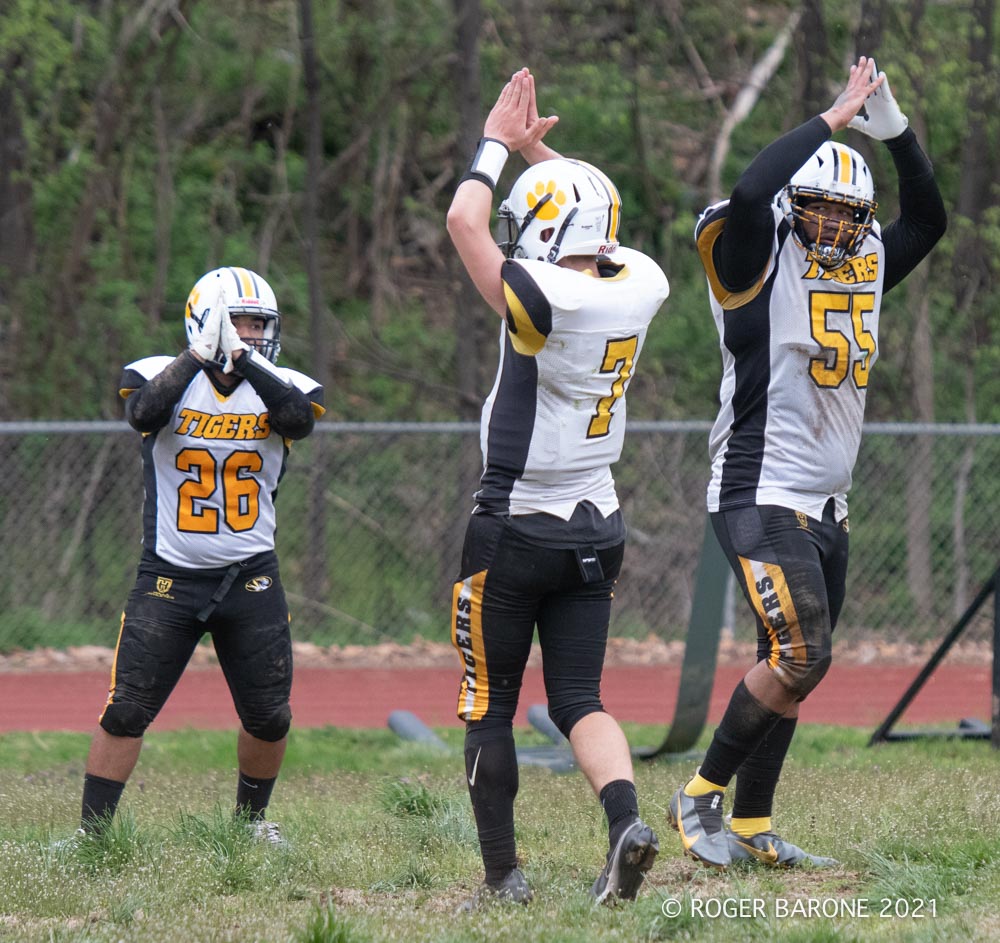 But the Indians still had some fight left in them. As the Tigers pressed deep into Indian’s territory, Roxborough defensive back Sameer Holmes picked off an errant pass and weaved his way 95-yards for a touchdown, closing the Tiger’s lead to 16-6.

But with every Roxborough score, the Tiger’s countered. Late in the game, with the score 24-12 and the Indians driving, the Kensington defensive front four came up big again with back-to-back sacks.

“We came out here with the intention to win as a team and a family,” defensive lineman Orion Thompson said. “We practice hard every day, and we’ve found a purpose.”

Kensington improves to 2-2 on the season, and Roxborough falls to 0-3. 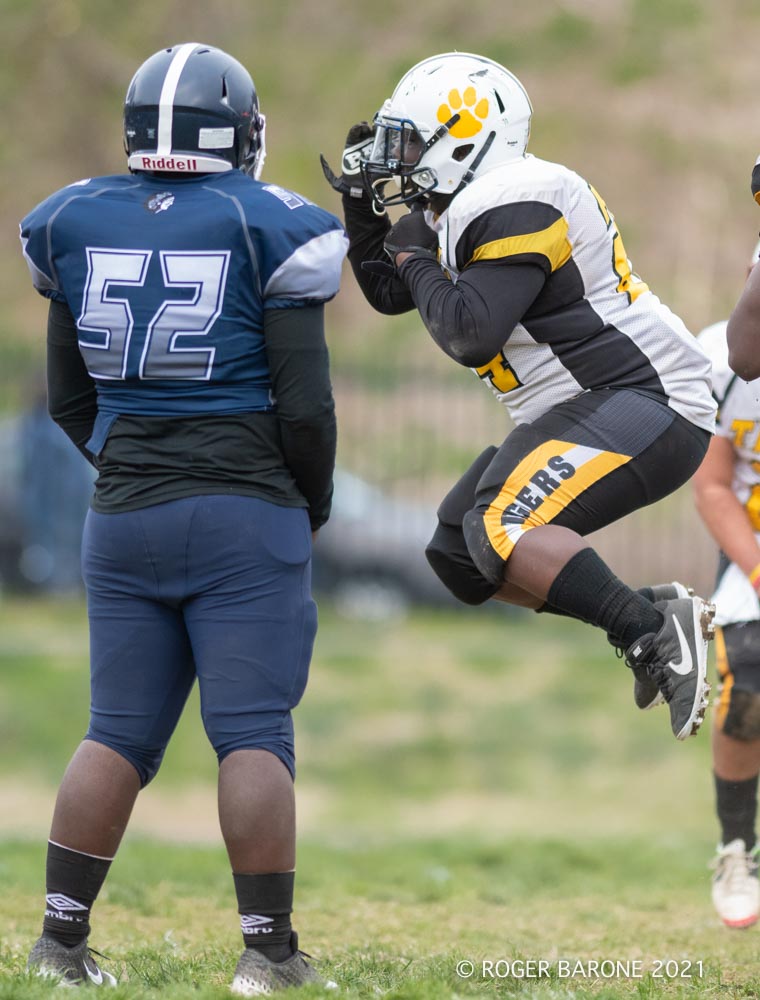 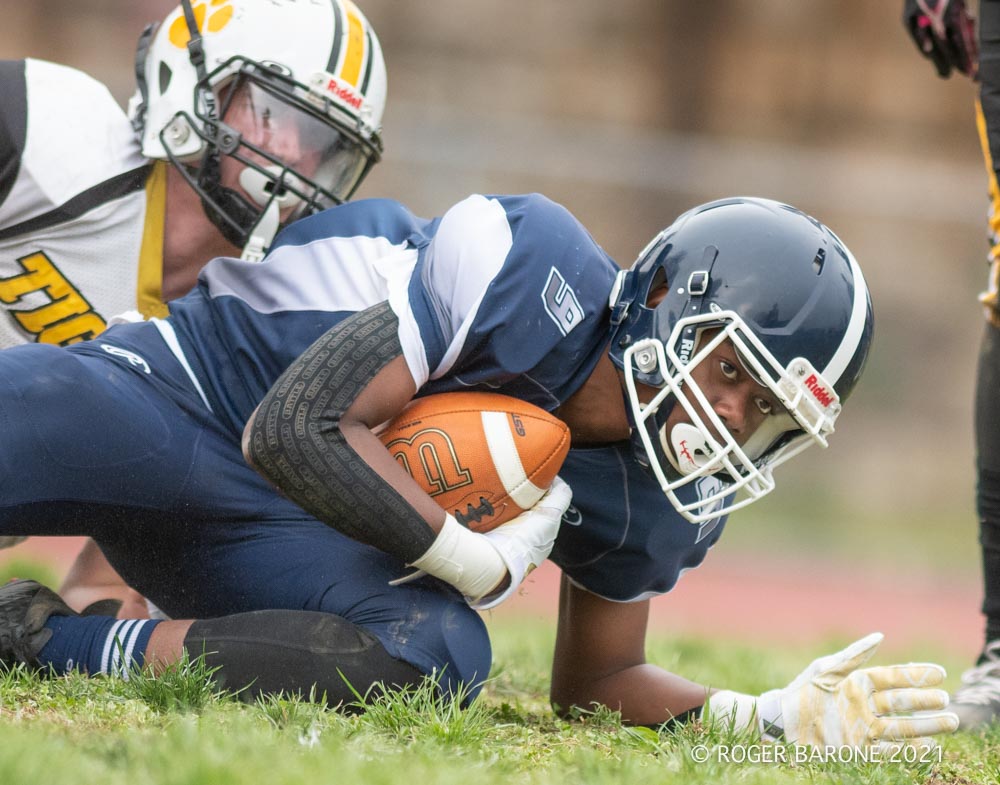 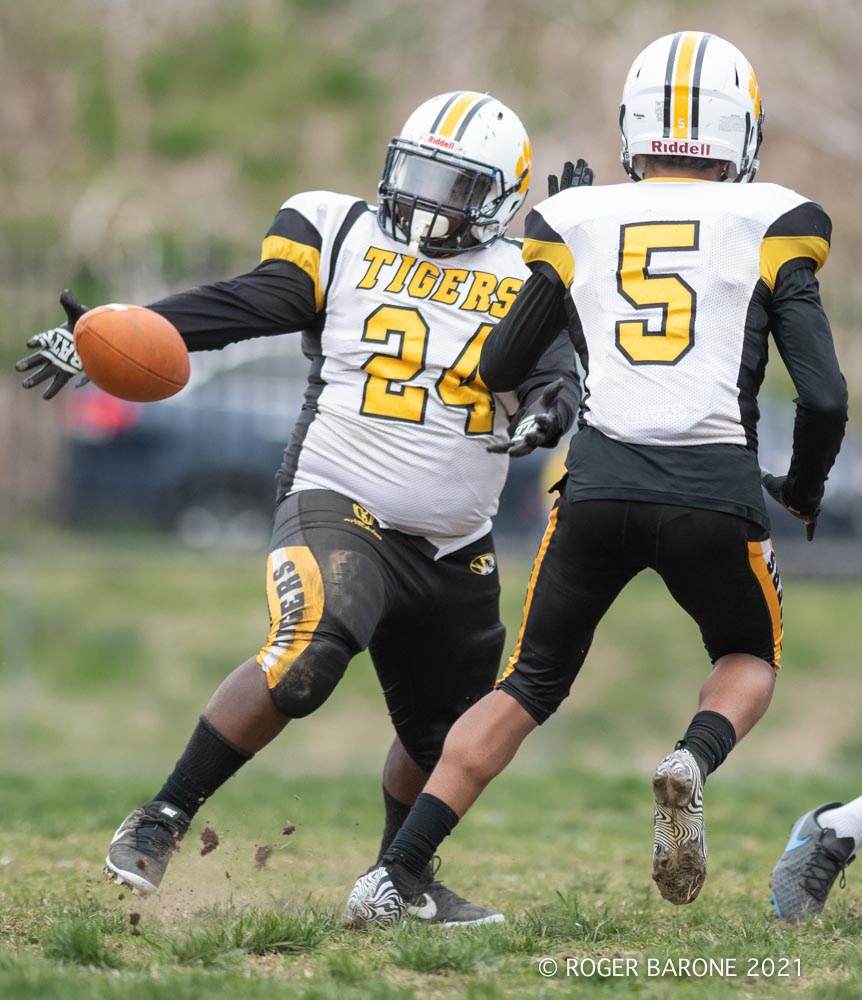 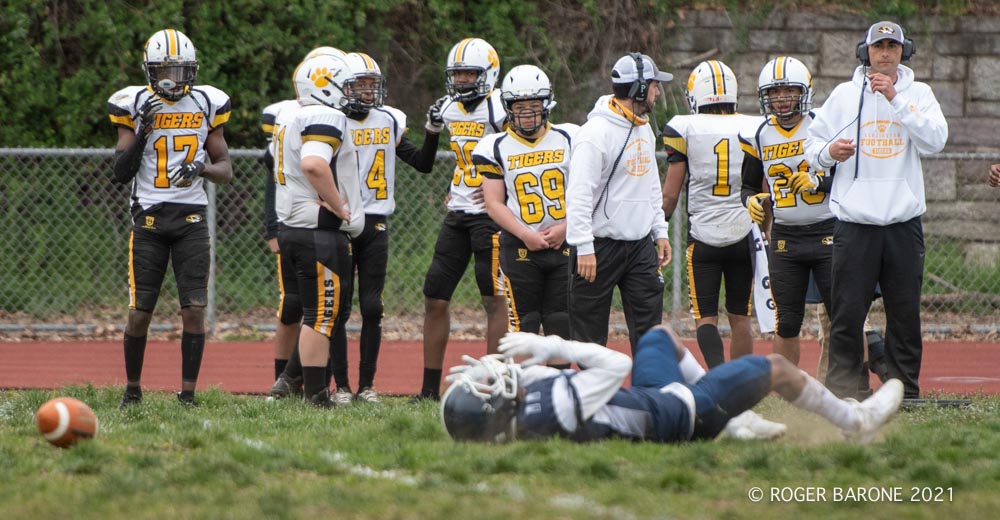 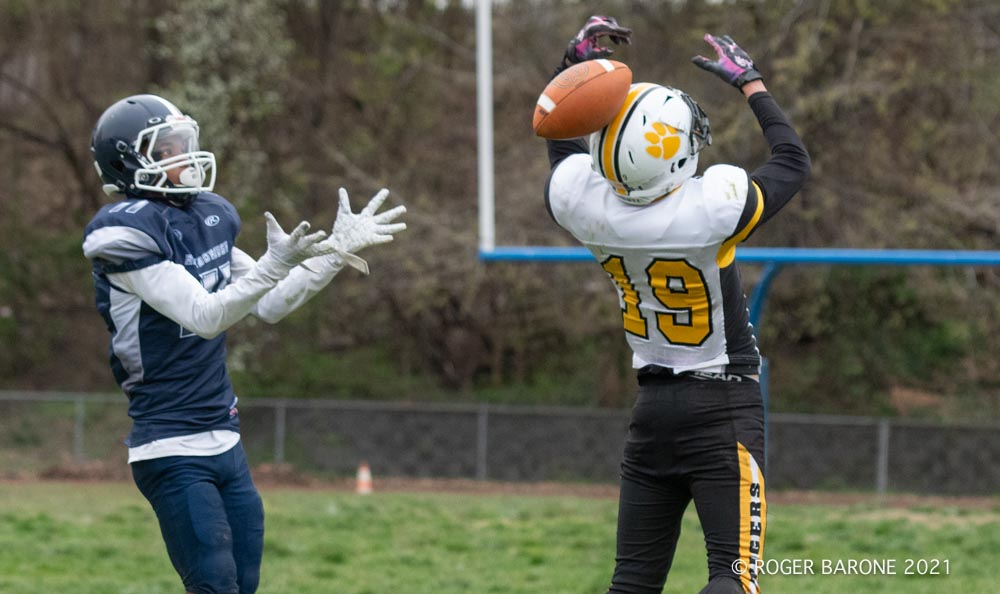 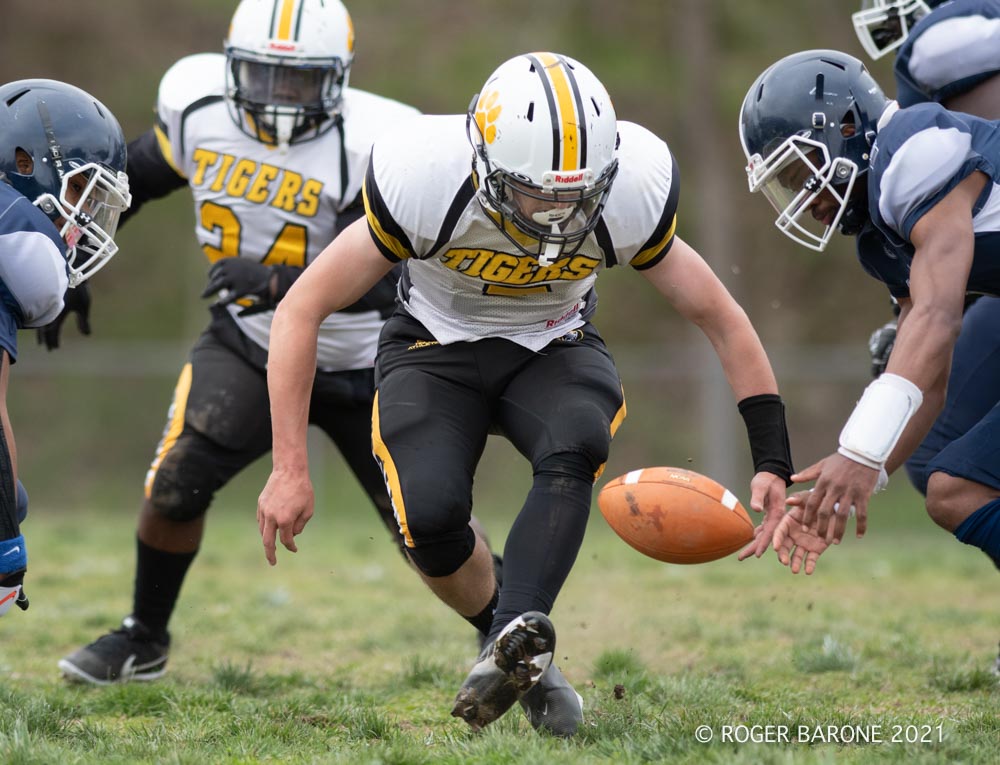 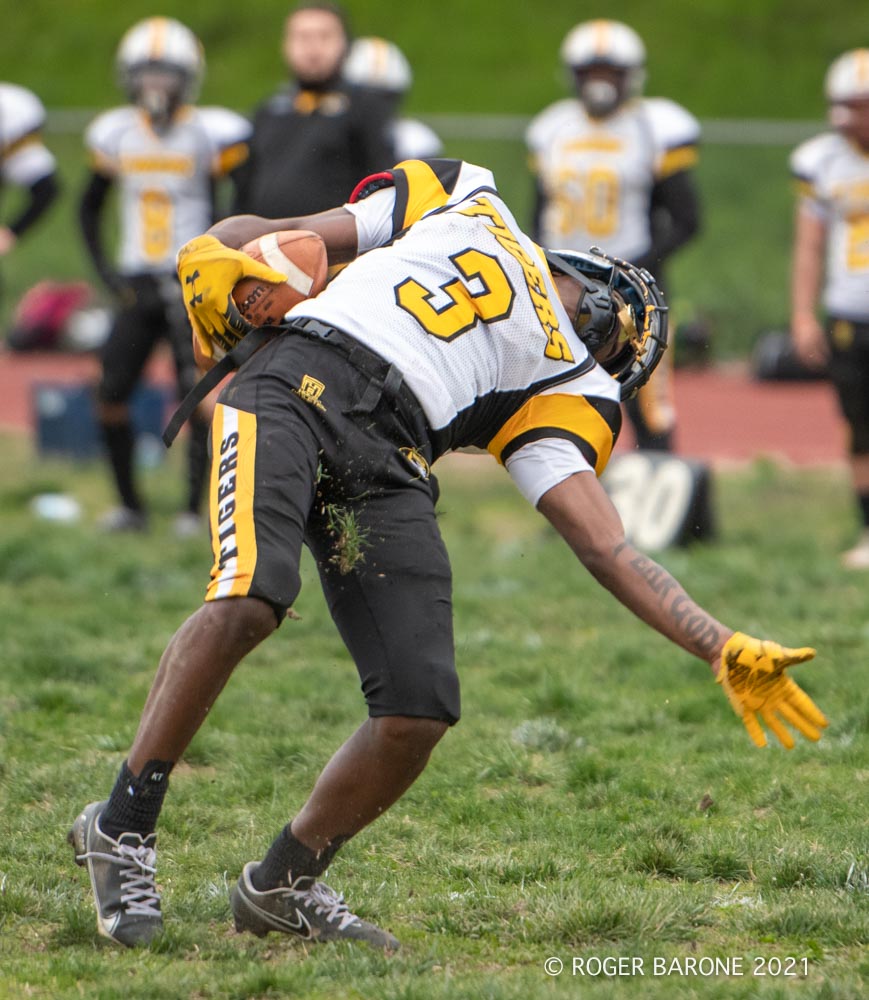 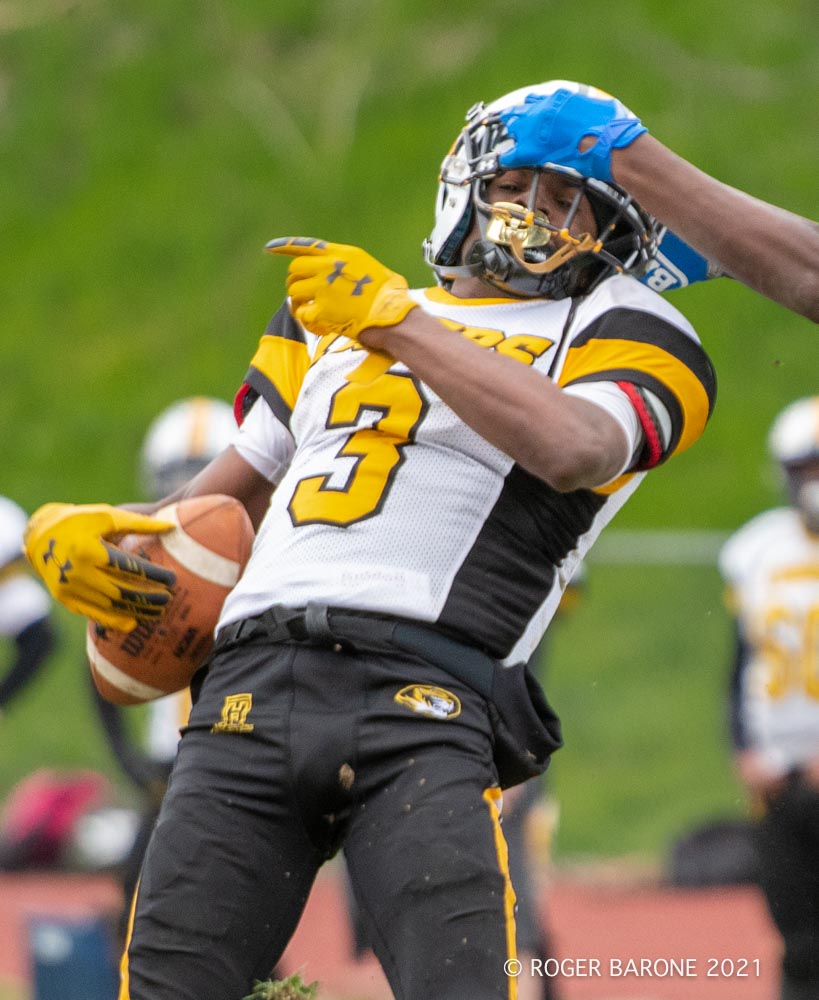 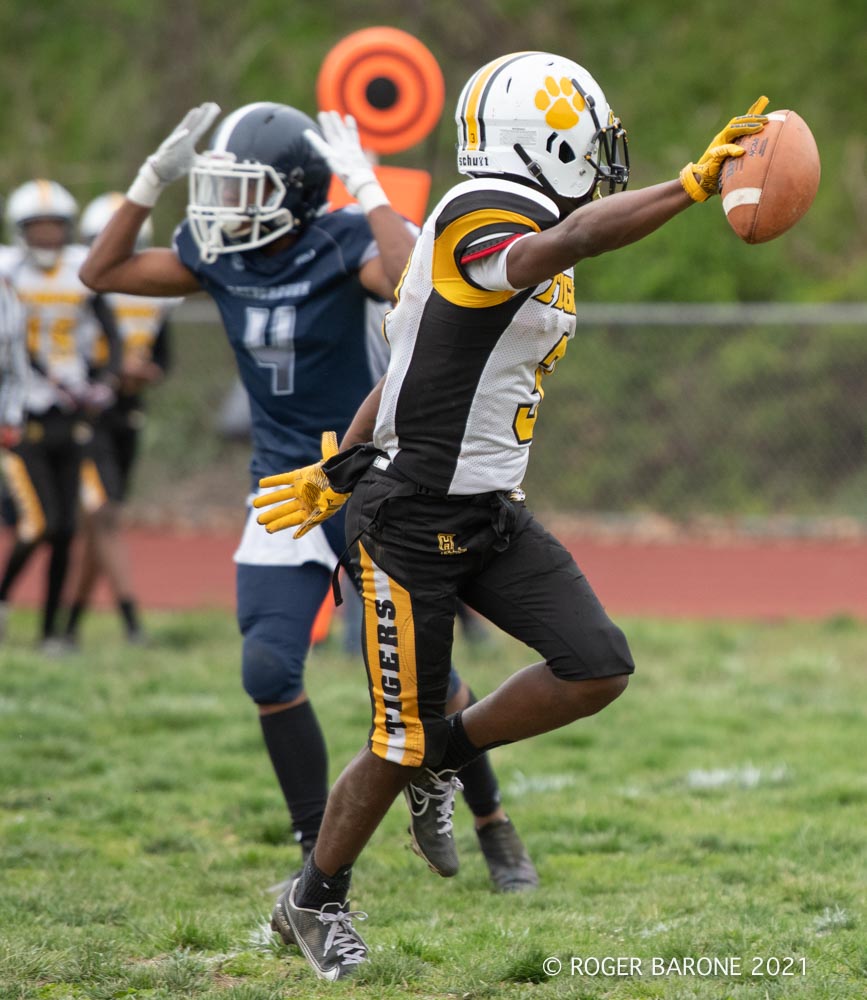 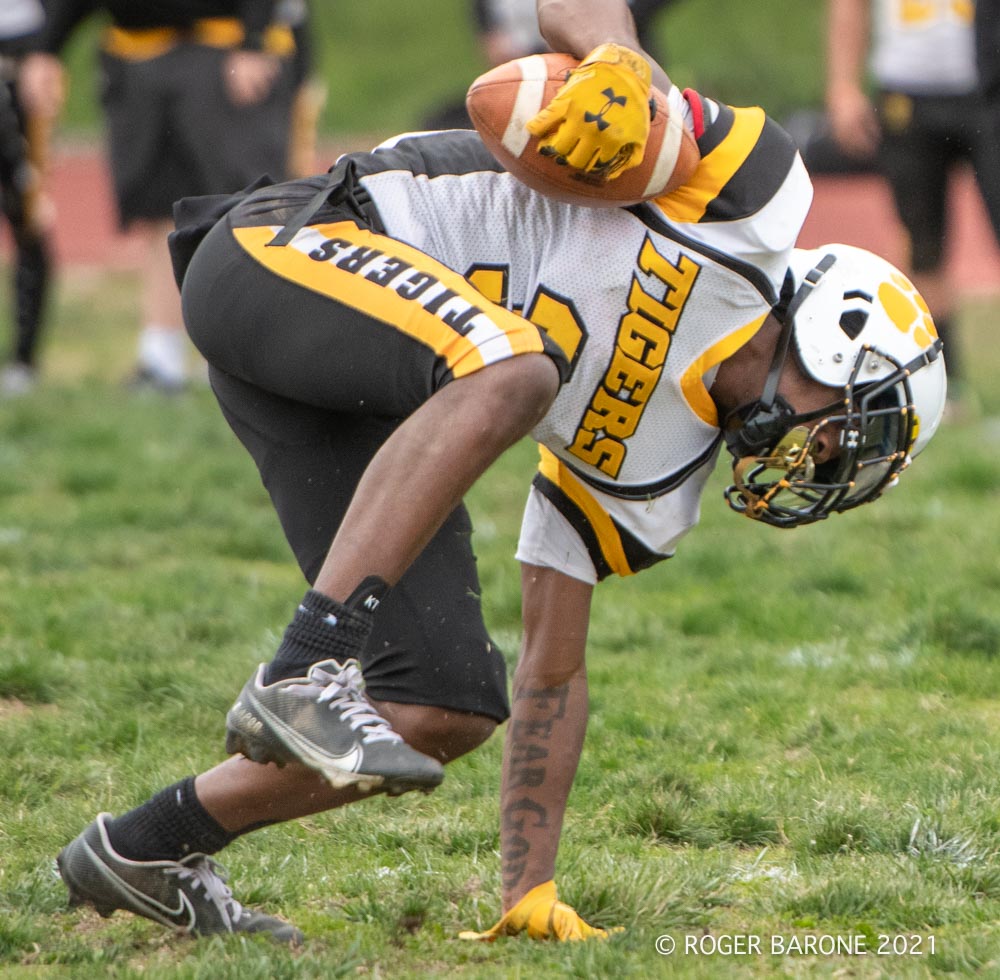 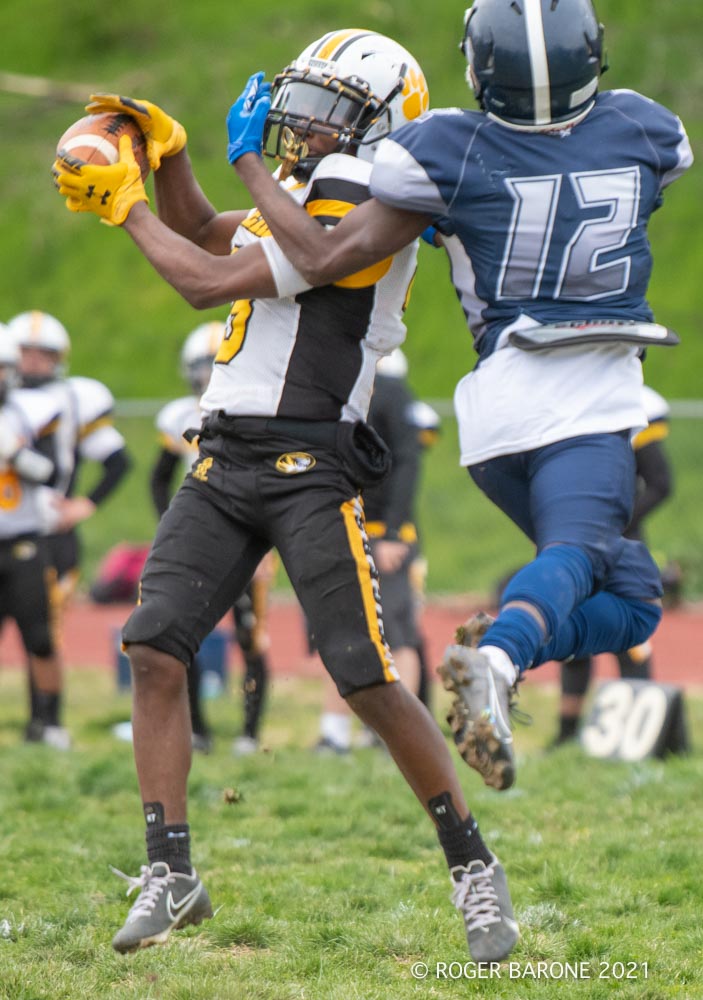 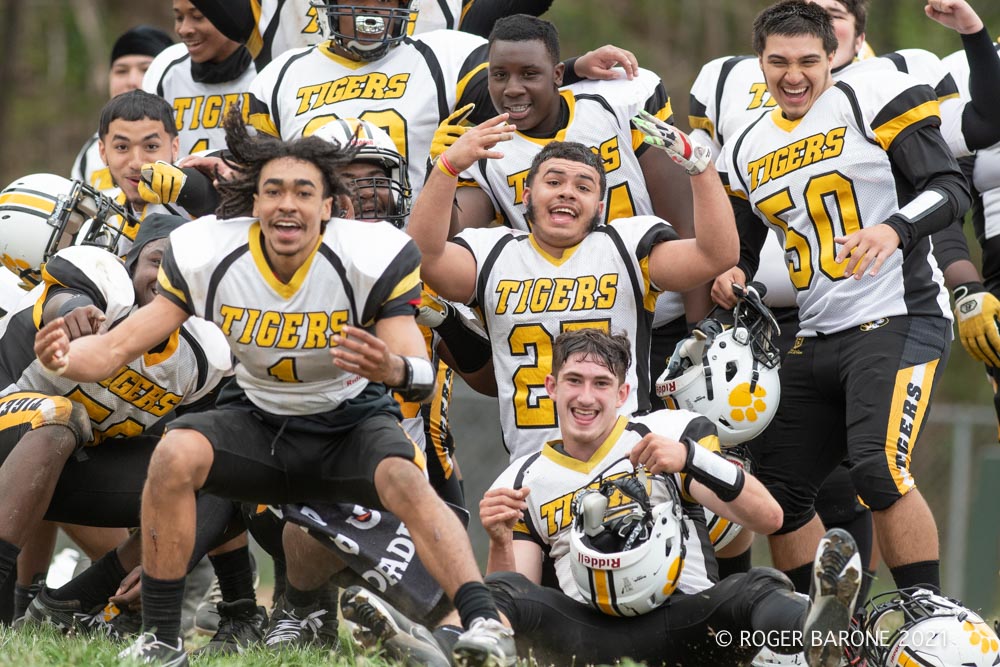 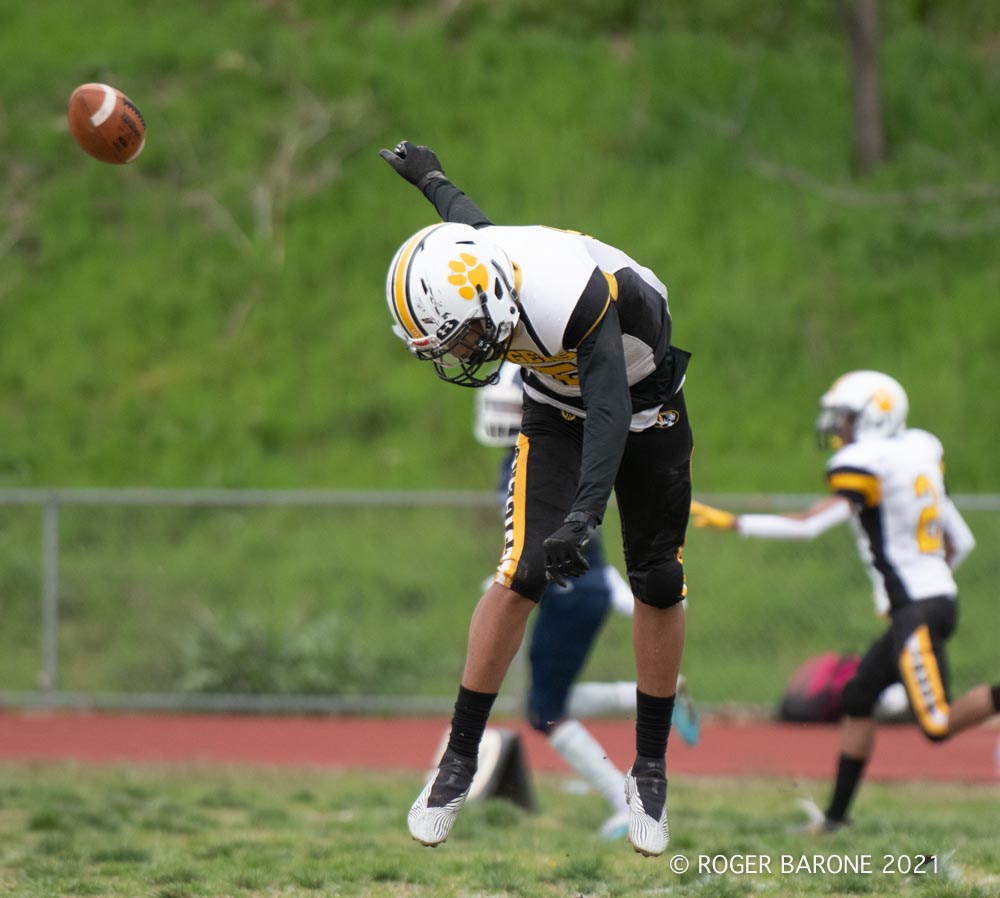 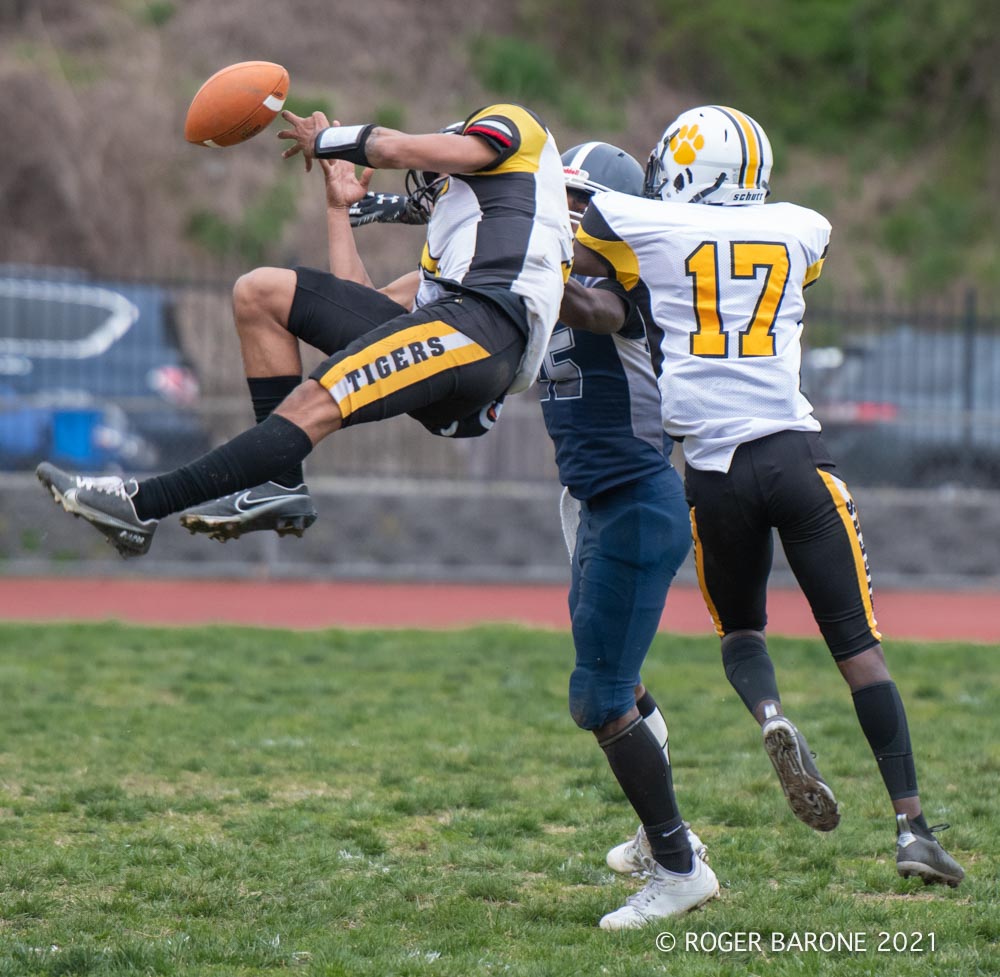 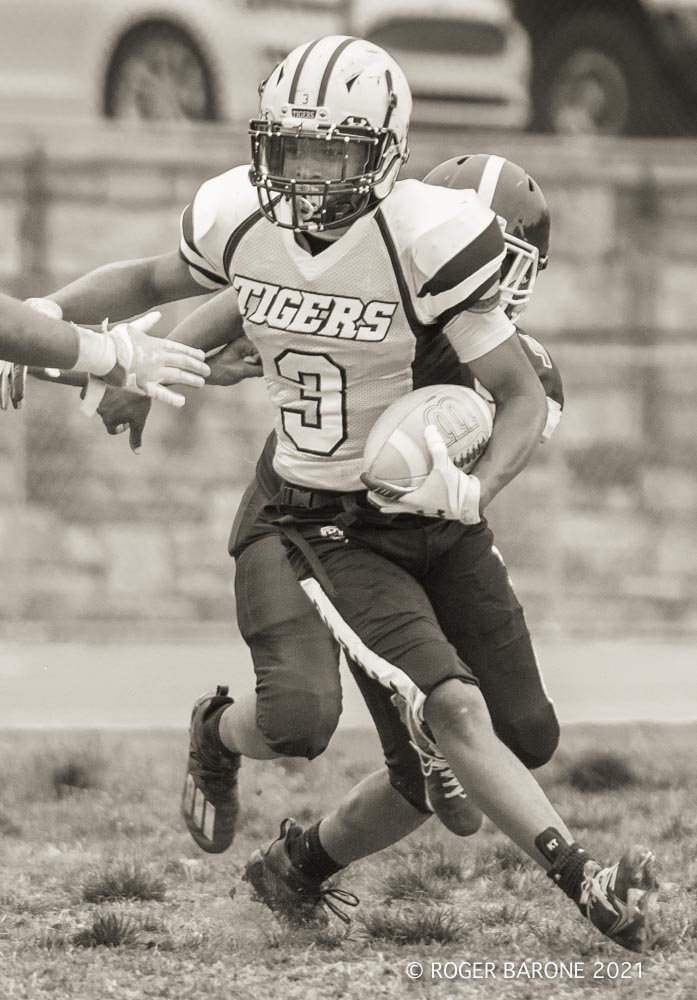 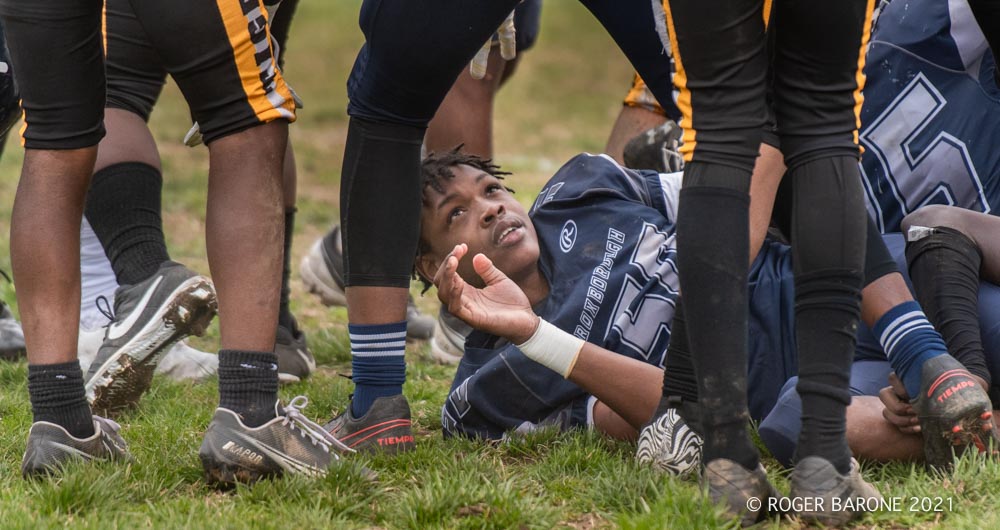 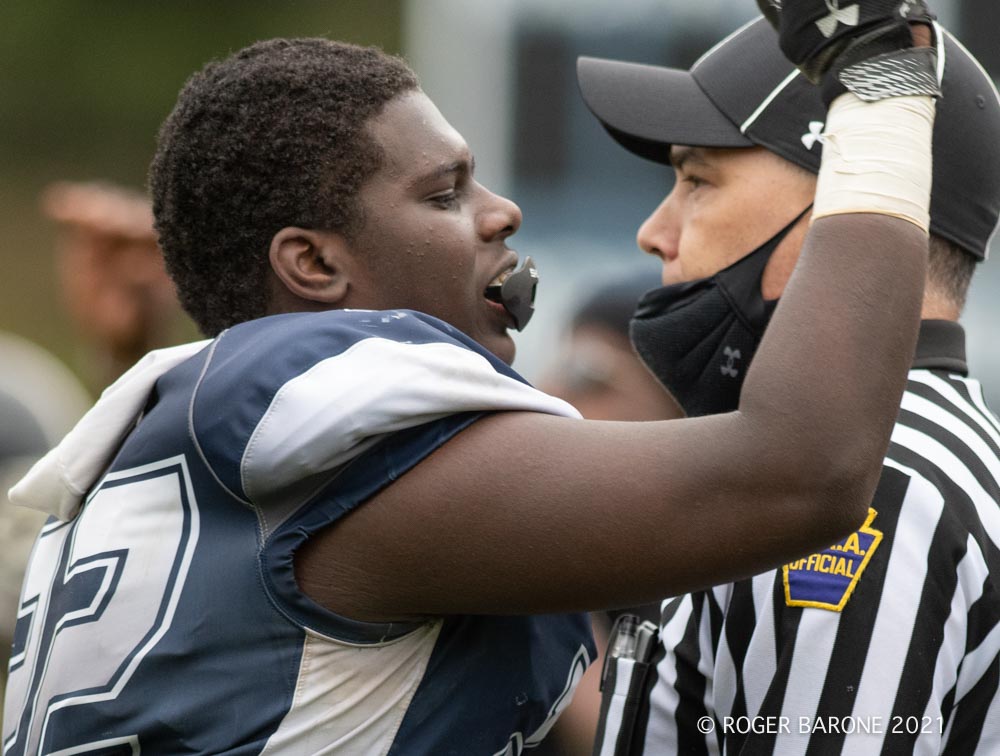