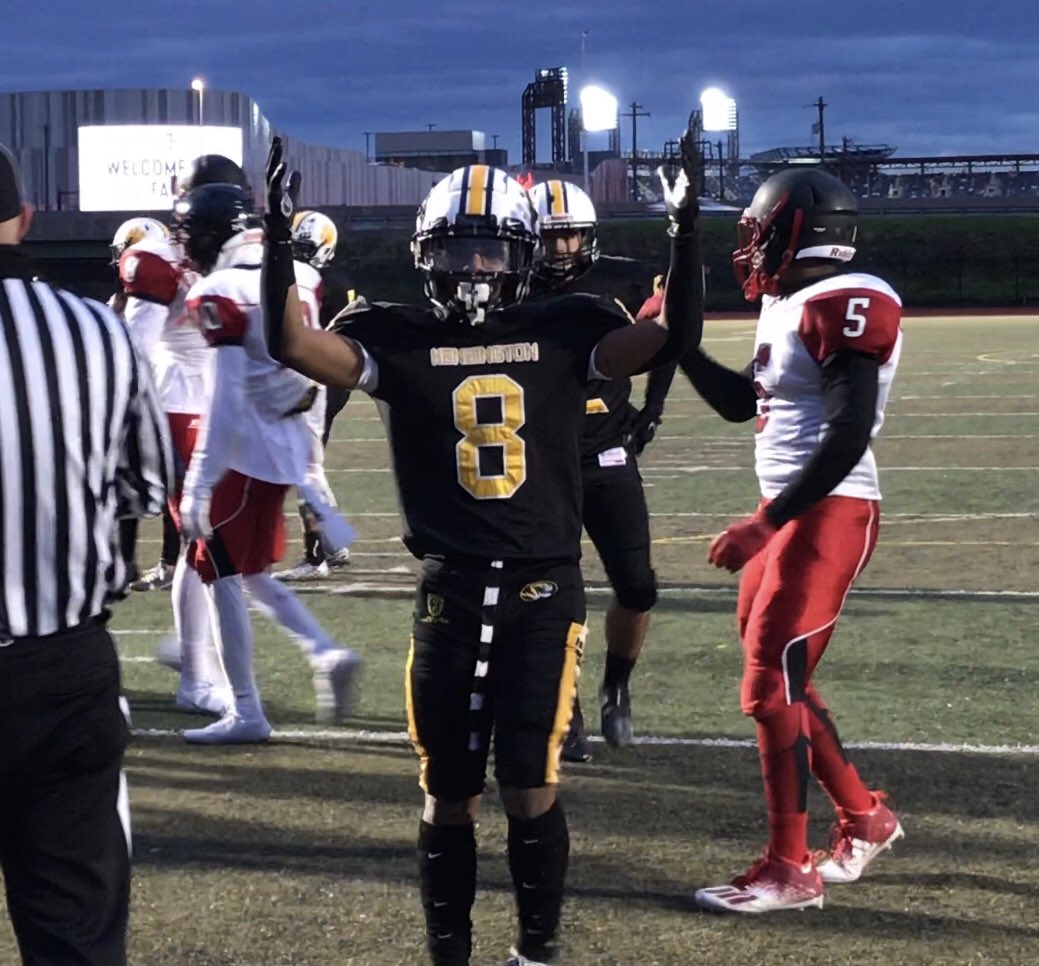 The Kensington Tigers, behind a strong performance by quarterback, Jason Clark, mauled a game South Philadelphia Ram squad by a score of 40-8 Friday night at the South Philly Super Site.  Kensington jumped out to a 20-0 first quarter lead and 26-0 early in the second quarter to cruise to the ‘W’.  Head Coach Robbie Marsden stated, “we got off to a rough start this spring, but to come back and win three in a row and have a chance at a winning record and go 4-2 is a testament to the kids.”

Clark, a senior, score his first of two rushing touchdowns at the 9:25 mark of the first quarter with a two-yard run to cap a 45-yard drive to open the game.  He subsequently ran in the 2-point conversion to give his black and gold squad an 8-0 lead.  Twelve seconds later the Tigers’ Matthew Ventura pounced on a loose ball and rambled 45 yards with the pigskin to give the Tigers a 14-0 lead.

45 yard fumble return by Matthew Ventura and just like that @KENSINGTON_HS is up 14-0. 9:13 first pic.twitter.com/NVuU0BFhRy

On the next South Philly series, the unusual happened when the Ram coaching staff misunderstood what down it was and ran a play on 4th down from their own 14, facing a fourth and twenty-one.  The penalty on the preceding play was a dead ball foul, that the staff and players didn’t realize and thought they were running a play on third down.  The bottom line is that Kensington took over on the South Philly 14.

On the second play, after a 13-yard penalty for holding, Clark ran 24 yards to up the Tiger margin to 20-0 with 5:20 still remaining in the first quarter.  Then early in the second quarter, Safir McCullogh plowed in from the one to score the first of his two rushing TDs.  That score increased the Kensington lead to 26-0.  “It feels real good right now.  It’s all coming together,” Clark said after being asked how the season is going.

Late in the second, South Philly put together a 45-yard drive, scoring in three plays.  Tymere Harris caught an 18-yard pass from Hassan Butler to begin the drive.  Then Butler took things into is own hands by running 20 yards and followed that up with a seven yard scamper into the end zone.  His 2-point conversion pass to Daeshaunn Young cut Kensington’s lead to 26-8.  The excitement on the Ram sideline appeared to swing the momentum with 3:04 left in the half.

But a 45-yard kickoff return by Jamal Williams snuffed out any momentum swing the Rams may have generated.  Two plays later McCullogh ran 18 yards up the middle to pay dirt.  The Tigers regained their four touchdown margin, 34-8, after Mr. McCullogh ran in the 2-point conversion.

The only score of the second half came half way through the the third quarter, when on a third and nine situation from the Kensington 14, Clark connected with Isaiah Chambers on an 86-yard pass and catch touchdown that set what would end up being the final score at 40-8.

Clark completed 9 passes in 15 attempts for 142 yards and one TD.  He also ran the pigskin for 98 yards and two scores on 14 rushes.  Chambers caught three passes for 104 yards and one TD, while McCullogh had 54 yards on the ground with two scores.  Kensington’s offense accumulated 240 yards for the game.

Butler threw for 79 yards and rushed for 21 to lead the Rams as Kensington’s aggressive defense held South Philly to a total of 143 yards of offense on this chilly night.

Kensington’s record is now 3-2, while South Philly dropped to 0-3.  Kensington travels to undefeated George Washington next week, while the Rams of South Philadelphia will visit a good Abraham Lincoln (4-1) team.