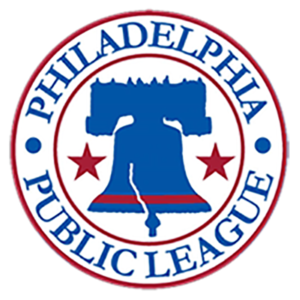 The National Division is the 3rd tier division in the Public League. It’s the largest division in the Public League and the geographical boundaries stretch all over the city as it’s comprised of the following schools: George Washington(6A), Roxborough(4A), Kensington(6A), Overbrook(4A), South Philadelphia(6A), Kipp Dubois(3A) & Belmont Charter(1A). Roxborough dropped down from the Liberty Division after going winless within the division.

George Washington: Led by HC Austin Brasche the Eagles earned respect last season going 5-3 and a playoff spot before falling to Lincoln. The Eagles loss to graduation two key players in two way lineman Mark White and LB Tyler McClain. They return a strong nucleus core in Sr. QB/WR/DB Shomari Richards, Jr. RB/LB/S Josiah Jeudy (transfer from Northeast), Sr. OL/DL Roland Williams, Jr. CB Victor Demiranda, Jr. WR/DB Javaughn Bradford, So. LB/RB Patrick Wright, WR/CB Tyson Scott, DT/G Cesar Colon-Patterson & Jr. DE Jasir Huff. Coach Brasche looks to have a really strong season with many seniors returning with a lot of experience. He’s been impressed with how well summer workouts have been attended & everyone in the program has brought in and looks forward to returning GW to the prominence it once had. Opening the season hosting rival Frankford will serve as a test for how the upcoming season will go for the Eagles.

Kensington: The Tigers led by HC Steven Quigley finished with a good 5-2 record in 2021. They were knocked out of the 6A playoffs by Central 42-14. Gone to graduation and or transfer are Taybus Garner, Matthew Pelligrino, Jose Morales, Jahvier Roberts, Carson Casteel, Rahmeir Kemp & Elijah Shaker. The Tigers do return OL/DL Taheer Felts, RB/LB Evan Doheny & QB/DB Harry Marquis. Coach Quickle says his team looks to continue to build on 3 consecutive winning seasons. The OL which was young & inexperienced last season is now experienced and is expected to be the strongest part of the offense. If the defense can plug a few holes left by players exiting the program they should be very competitive with a shot at the division title & maybe winning the 1st playoff game ever for the program.

South Philadelphia: The Rams are led by HC Mike McKeen. They went 3-6 last season with a fairly inexperienced and young team as they once again had a co-op with Furness High to form their team. They did lose Jr. OL Hamir Johnson to transfer (Northeast) while Athlete/DB Caleb Smalley has graduated (NC A&T, but return all public league Sr. DB/RB Razan Parker, Sr. Jr. Malachi Jackson Sr. DL Tahaj Washington, So. LB Akir Moore & So. QB Jaylen Johnson Jr. The Rams have experience & decent numbers to be competitive in the small division. If they can build upon the experience from last year they stand a chance to challenge for the division title. Coach believes ball control and moving the sticks are the guide to the Rams improving on last seasons record.

Roxborough: The Indians are coached by Mike Stanley. They went 0-5 last season with 3 games being cancelled. The Indians had a tough time scoring last season only scoring 6 points in those 5 games while giving up 40+ points in 3 games. Due to their last place finish they’re moved down to the 3rd tier division. Unfortunately this division is pretty competitive so wins will still be hard to come by. By returning many players the offense should be improved.

KIPP Dubois: Kipp is led by HC Paul Bresil and are looking to rebound from a very down 2021 season in which they went winless at 0-8 and was outscored 339-8. Due to them being the only 1A team in the league they were given a berth into the City 1A title game where they were outmanned and defeated 62-0 to Neumann Goretti.  They’ll be opening the season at Bristol in hopes of breaking their losing streak.

Overview: This division will come down to George Washington & Kensington ultimately. Belmont has quality talent and made a decent run last season so they’re a threat to be a surprise contender. Look for Overbrook to be improved and be a physical team. South Philadelphia should be in the middle pack as they return talent and depth at key positions. Kipp & Roxborough will be the teams at the bottom and their game will determine who is sent down to the American Division in 2024.