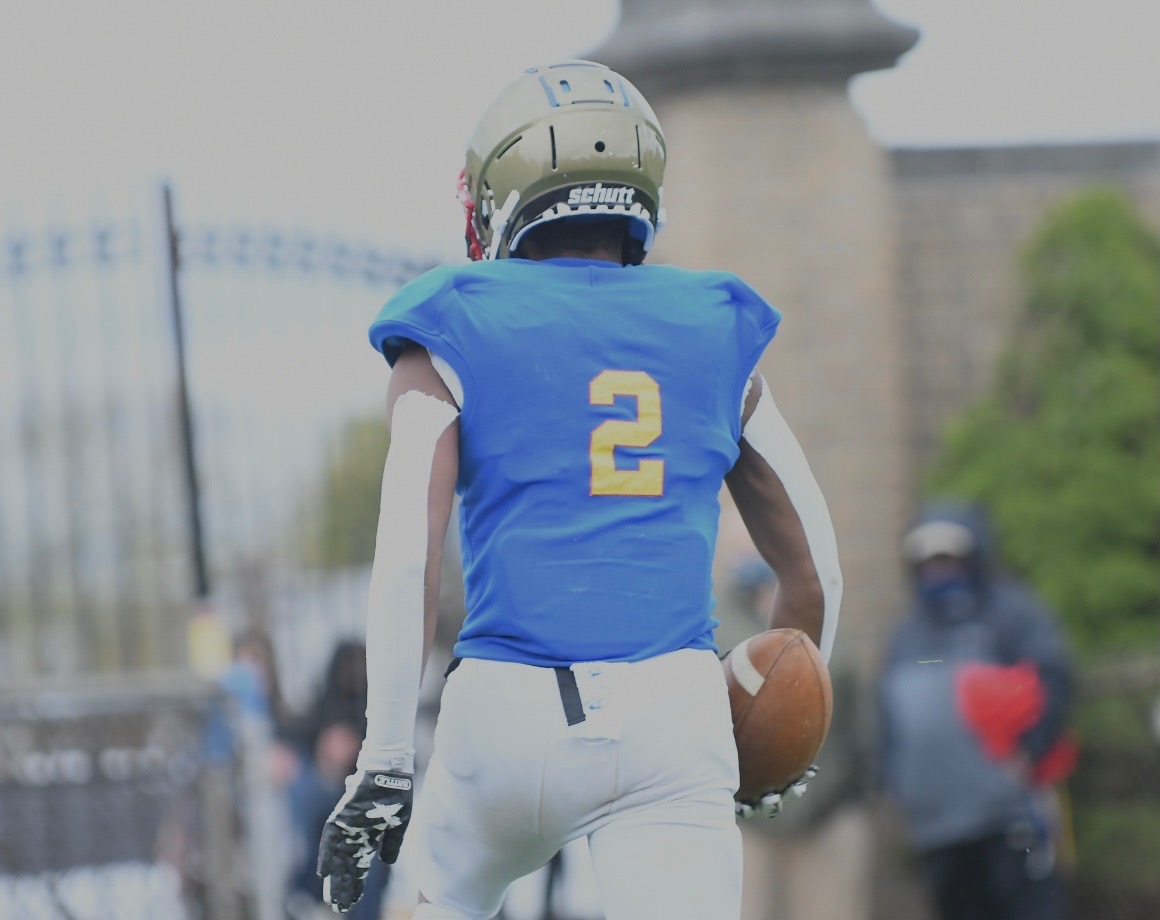 Trailing 22-6, the West Philly football team dug deep. The Speedboys scored three times but came up one point short against Frankford in their last game of the spring season.  “This was by far the best game of the season, we just came up a little short” said Speedboys defensive coordinator Karl Patrick.

Frankford struck first when quarterback Anthony Torres scored from 15 yards out 6-0. Then Nadir Mitchell scored from 55 yards out to increase the Pioneer lead 14-0. West Philly capitalized later when Zamear Poteat got a strip sack td to bring the score to 14-6.

Up by two scores, back up quarterback Matthew Pellagrino from 8 yards 22-6 at the half. It wasn’t easy as he was hit at the line and the ball popped loose but the officials signaled that he’d crossed the goal line. “Matthew stepped up and played a great game for us” said Frankford head coach Bill Sytsma.

West Philly closed the gap to 22-12 when Nasir Gooden broke loose for a 21 yard score. The gap widened again when Pellagrino found Cristino Rivera for a nice 20 yard td pass in the corner. The pat made it a 29-12 game.

Nasir Gooden closed the gap to 22-12 with this run for @SpeedboysFB pic.twitter.com/uHuKHI4DPD

Trailing late in the game, Speedboy qb Carlos Rivera carried the ball into the endzone from inside the 15, West converted the extra point to make it a 29-20 game. Then Rivera scored again from inside the five, but Frankford held on for the win. Rivera had 3TDs over 200 on the ground.