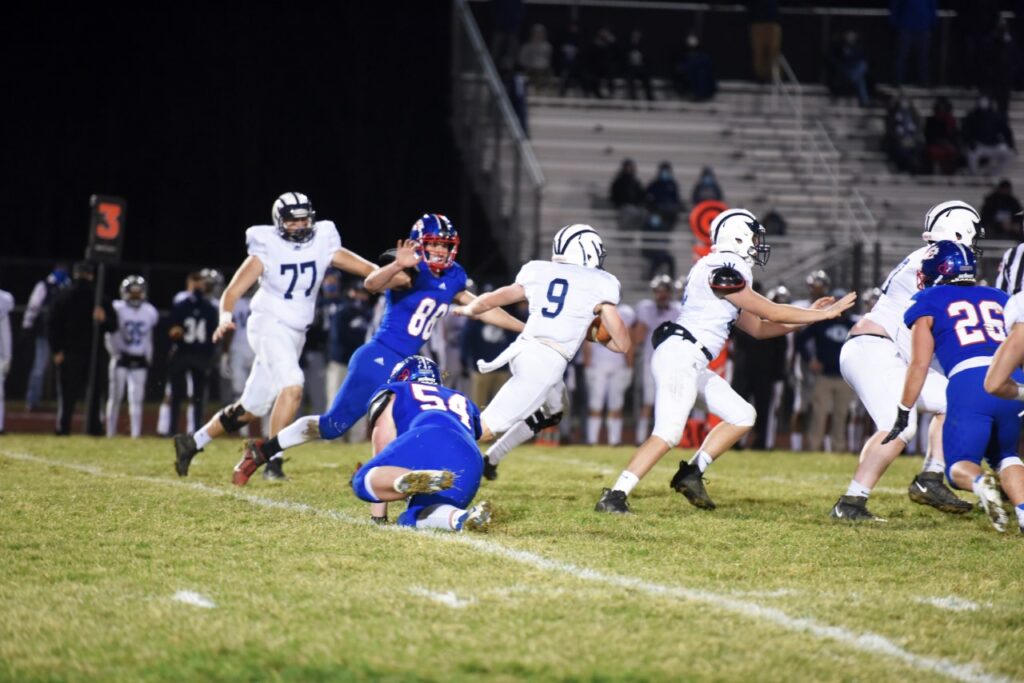 Wyomissing quarterback Zach Zechman had a good night. No, he had a great night. The senior quarterback for the Spartans intercepted a pass, recovered a fumble, threw a touchdown pass and ran for one, all within the first 26 minutes of the game to lead Wyomissing to a 47-0 win over Lakelan and secure a date with the winner of the Danville/Archbishop Carroll game in the PIAA State Quarterfinals that will likely be played at Wyomissing next Saturday.

For Lakeland, trouble started right away when the Spartans opened the game with a pooch kick that was recovered by Wyomissing at the Chiefs 35. Seven plays later Evan Niedrowski plowed in from the one to put the Spartans up 7-0. “I didn’t even know we were going to do that” said Wyomissing head coach Bob Wolfrum. “They had the game from hell. They turned the ball over the first three times they had it and theres no way you win if you turn the ball over the first couple times you have it. It made it easy.”

Lakeland took the next kick and moved the ball well, getting to the 28 aided by a roughing the kicker call. That’s when Lakeland’s troubles continued as Zechmen made a nice diving interception at the 20. Wyomissing was forced to punt, but on the second play of that Chiefs drive Zechman recovered a fumble that was caused by a huge collision between a Lakeland blocker and Spartan defender.

With the ball at the Chiefs 43, it took just two plays for the Spartans to find the endzone again. Jordan Auman sprinted down the left side for a 36 yard td run putting Wyomissing up 14-0 with 2:41 left in the first quarter.

Once again Lakeland moved the ball. Once again they stopped themselves with a big penalty on third and one. Wyomissing again had great field position at the Lakeland 36. Auman went in from 16 yards out to put the Spartans up 21-0 and the rout was on.

On the very next Lakeland drive, the Chiefs attempted a fourth down play. For a moment, the Chiefs receiver was open, but only for a moment. Darren Bruner stepped in front of the receiver and after picking off Dominic Spataro’s pass, he raced 55 yards to the endzone, nearly falling over halfway through the run.

Lakeland goes on fourth down. @darrenbrunner2 steps in front of spataro pass and goes 55 yards to the house. 27-0 @WyoFootball 6:18 second pic.twitter.com/KRVnQxTxZP

Zechman hit Aiden Mack for another td on his first pass of the night to put Wyomissing up 33-0 at the break. “You can’t make mistakes like that in a PIAA playoff game” said Lakeland head coach David Piwowarczyk. “We just kept shooting ourselves in the foot.”

Zechman to @AidenMack4 for 24 yards. 2 pointer no good. 33-0 @WyoFootball with 1:14 left in the half pic.twitter.com/mahKaUAILI

Zechman’s running td was a bruising hit at the goal line.

It’s now 40-0 @WyoFootball with 8:46 left. @zzechman42 from four yards out. We will run the clock pic.twitter.com/Ltfz3Jxwpo

Alijah Smith closed out the scoring with a three yard run.

For Lakeland, their tumultuous season ends with a respectable 5-1 record. Wyomissing 9-0. 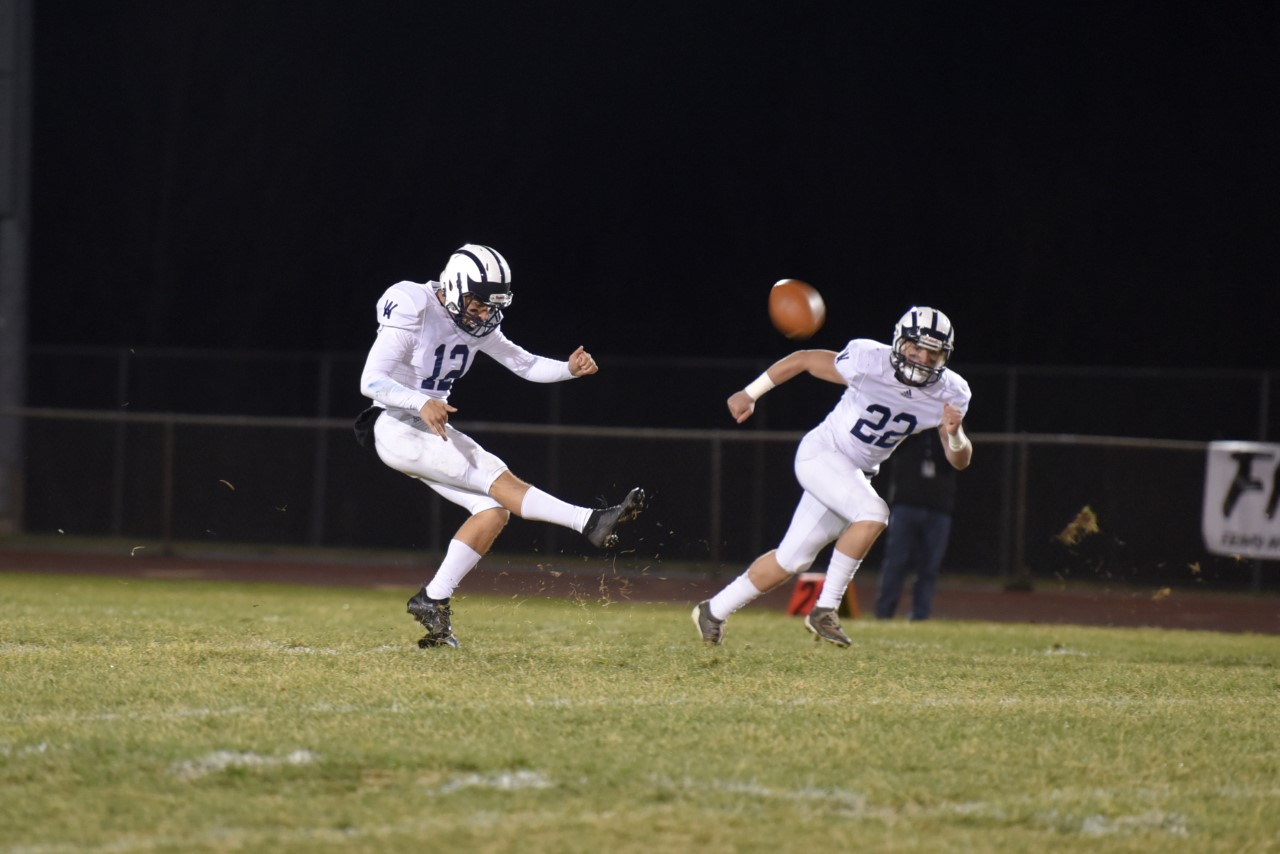 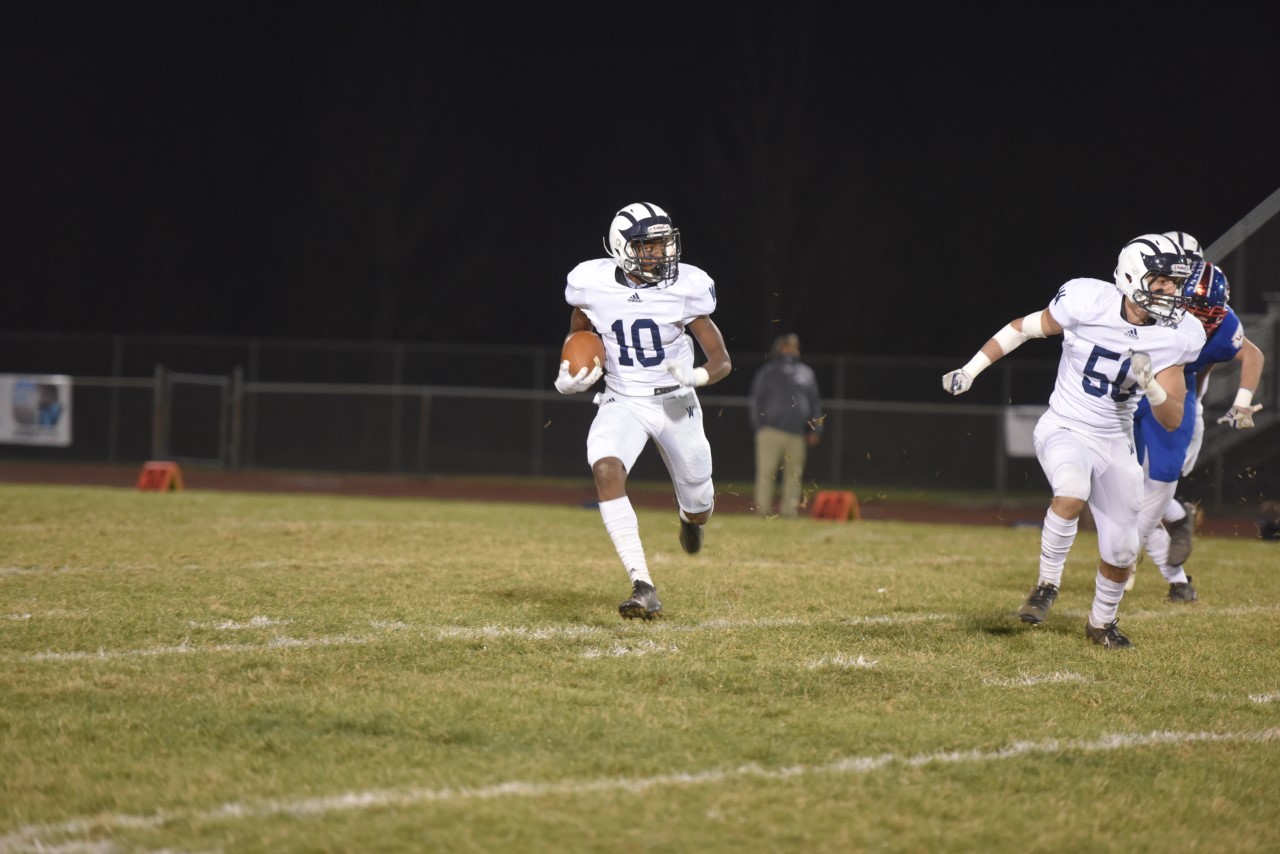 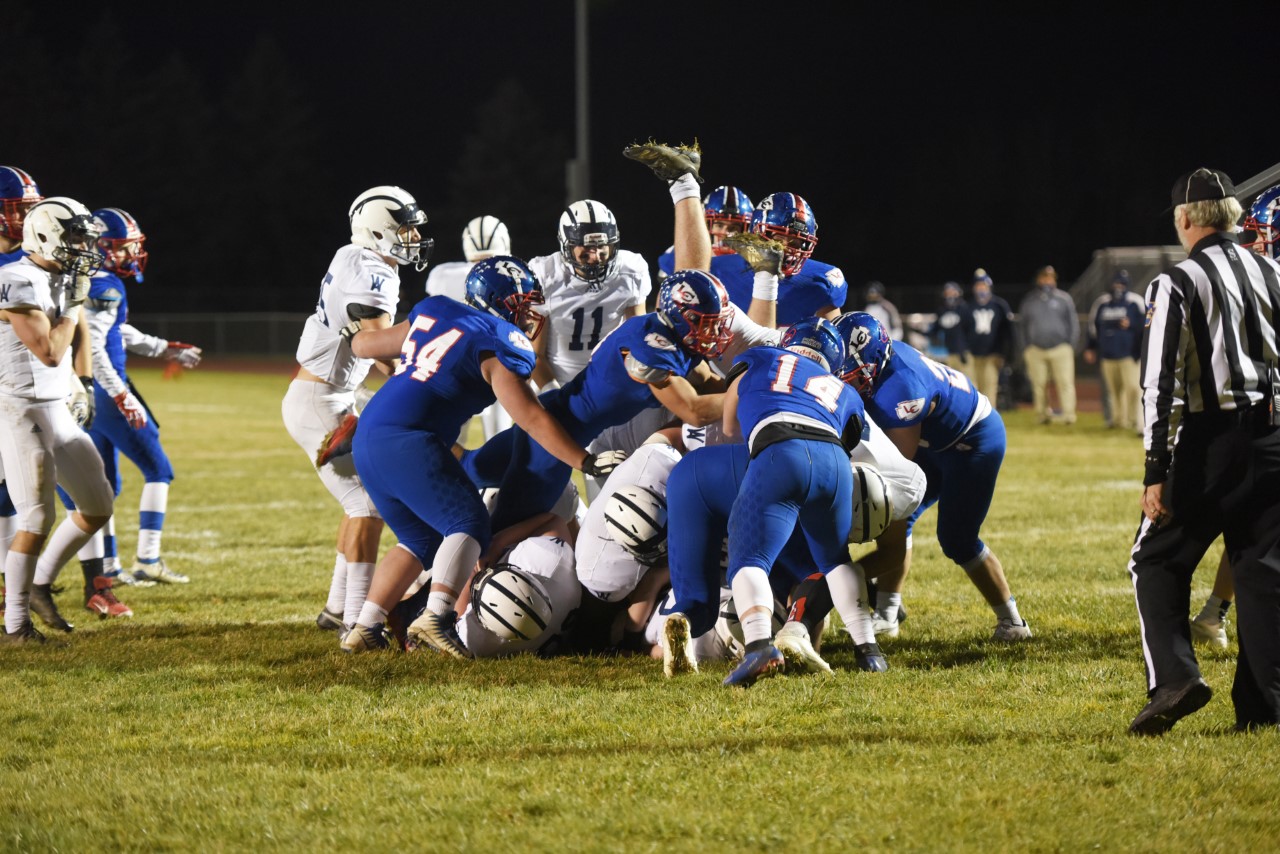 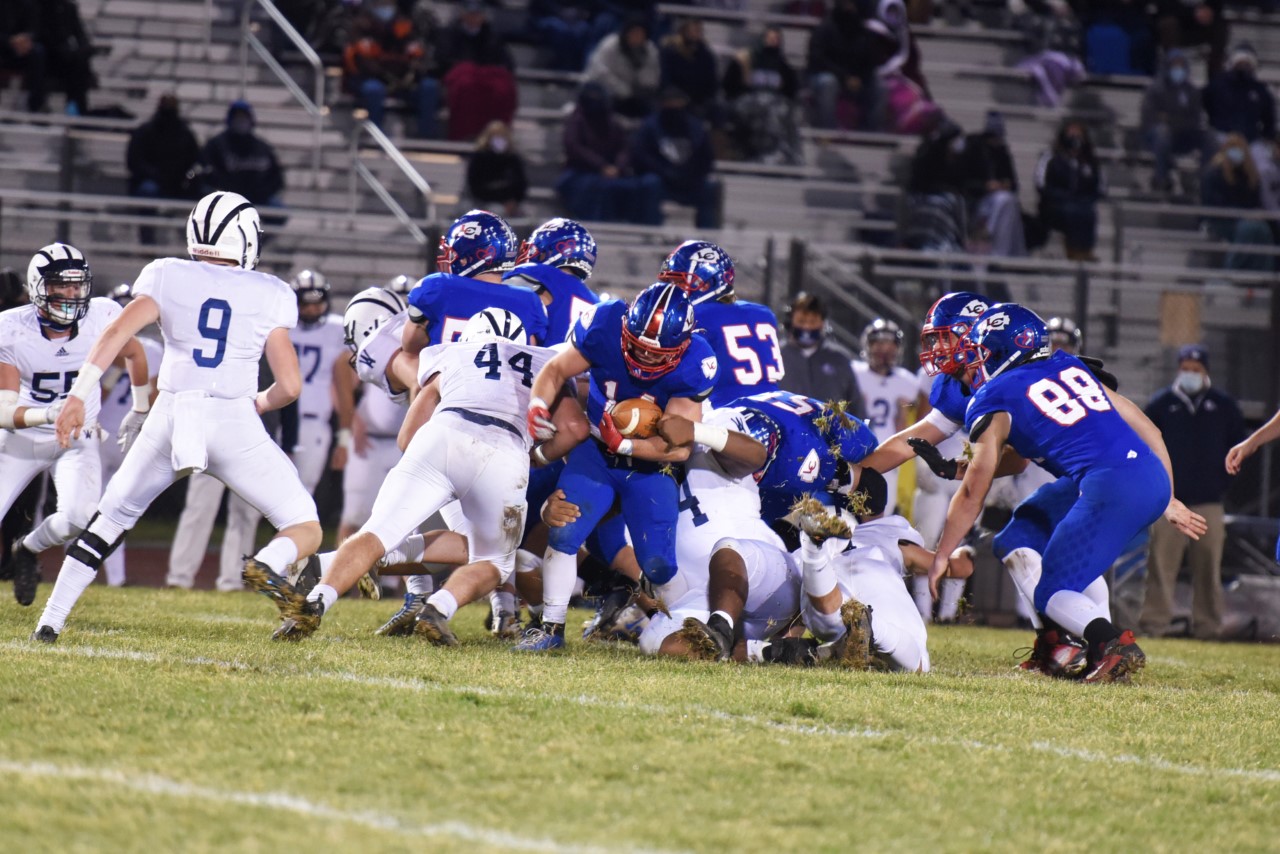 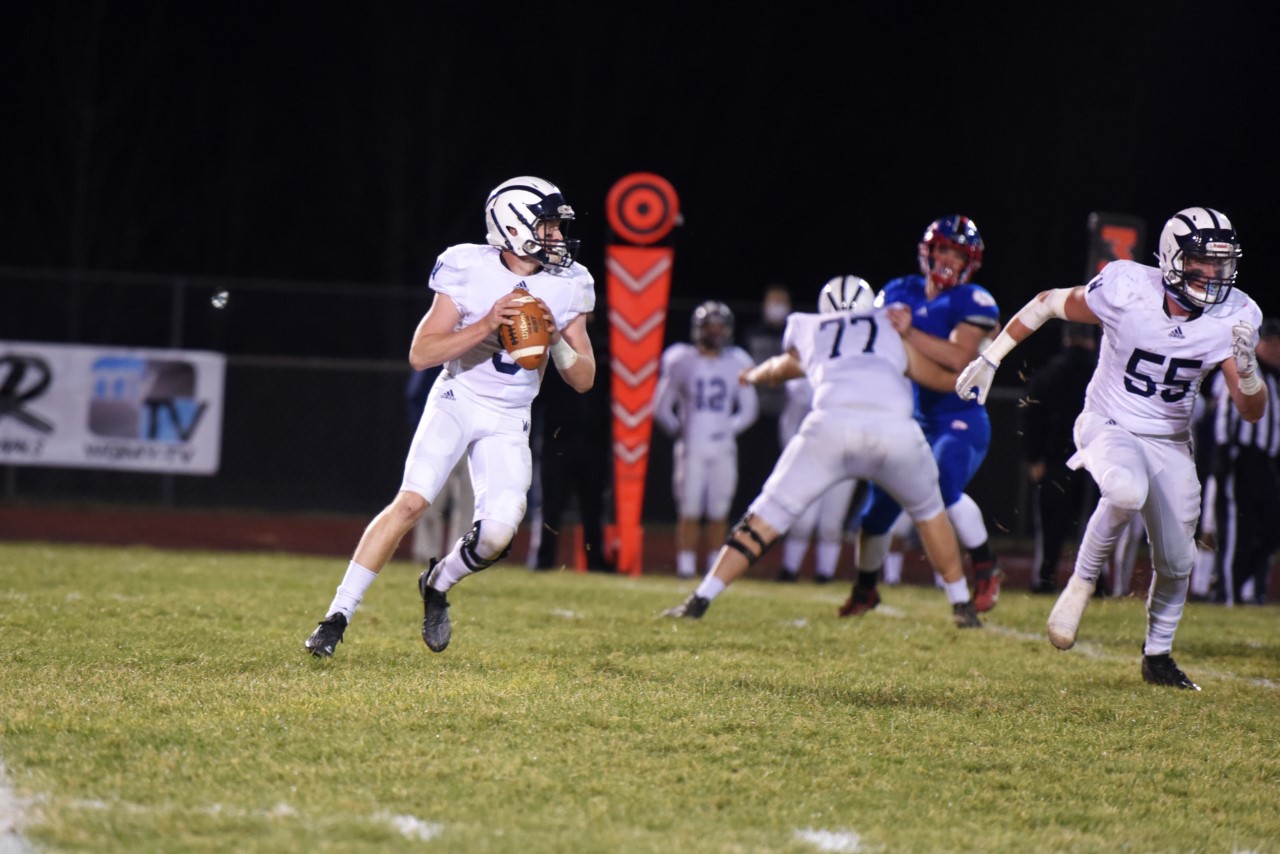 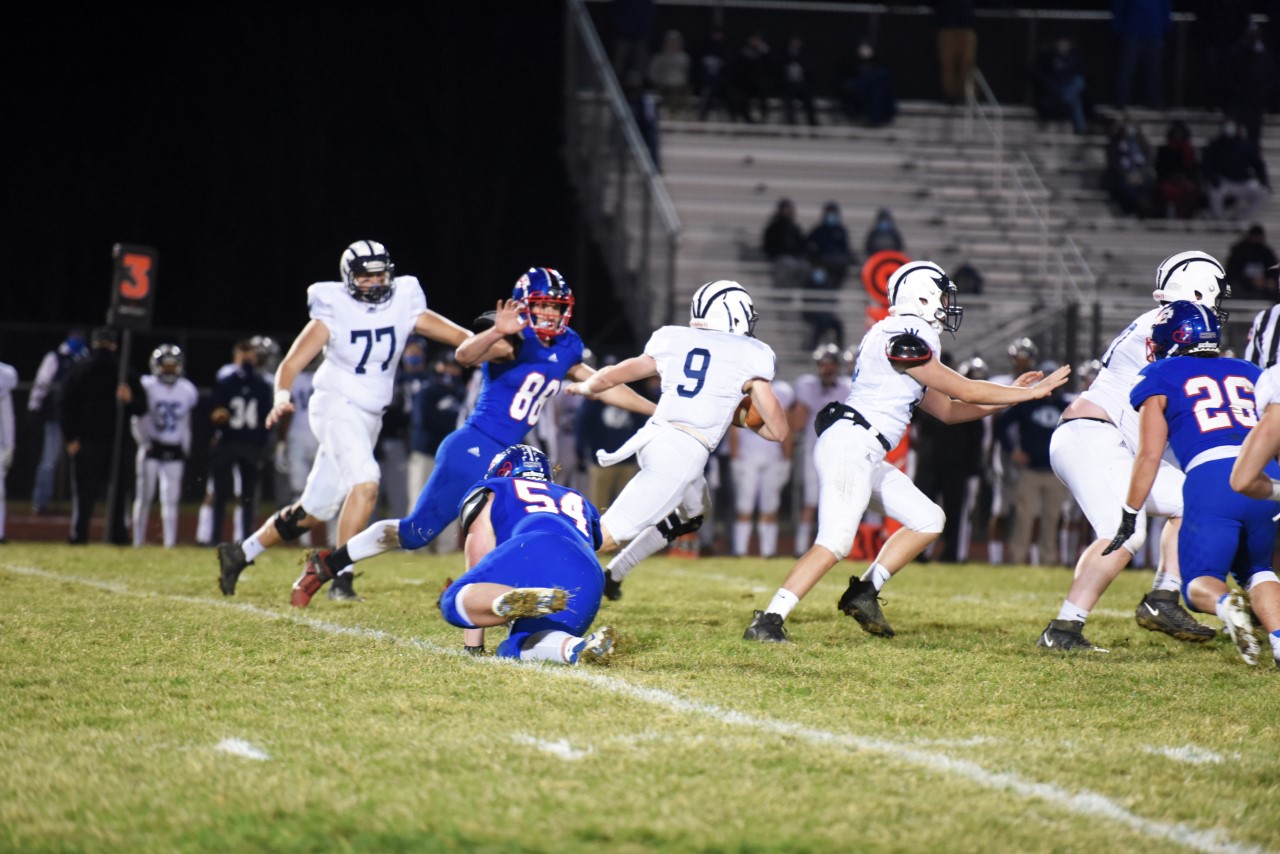 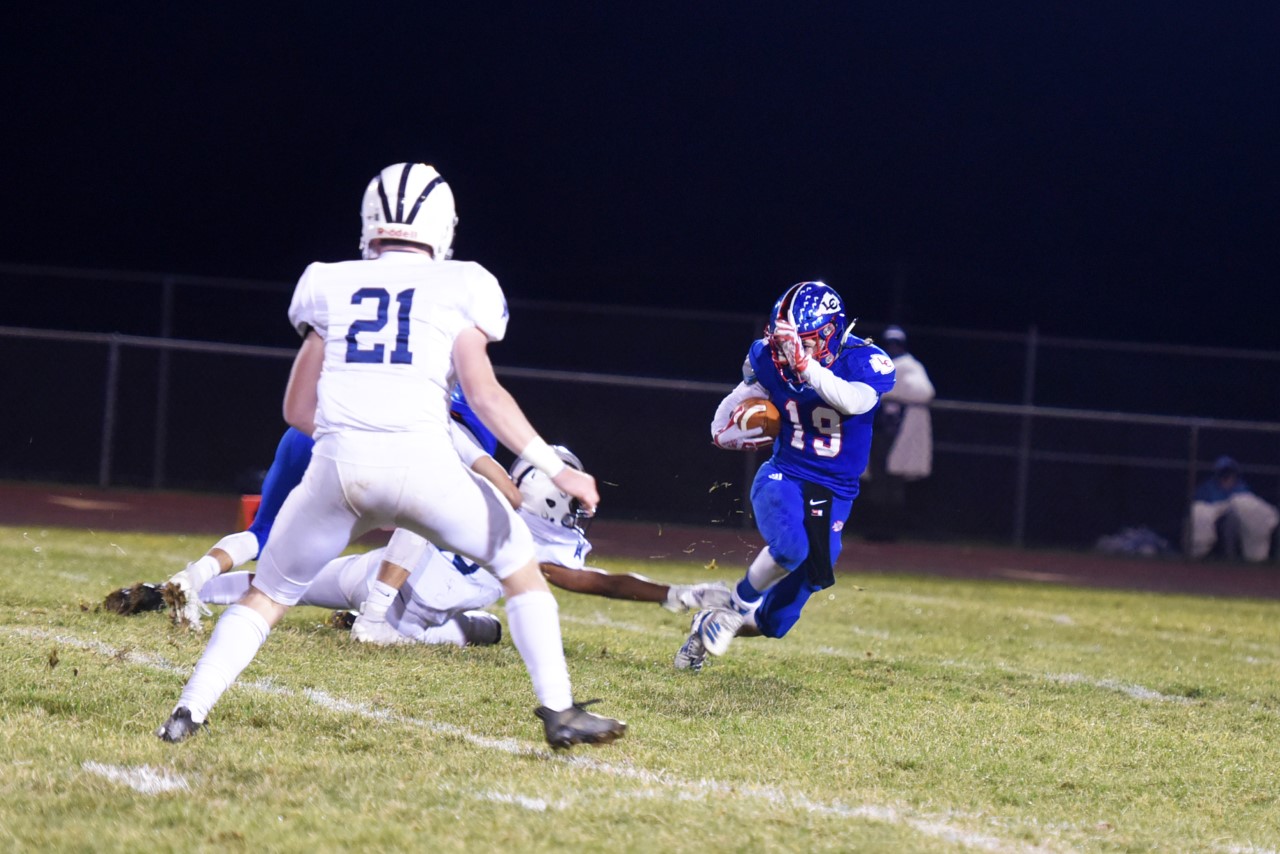 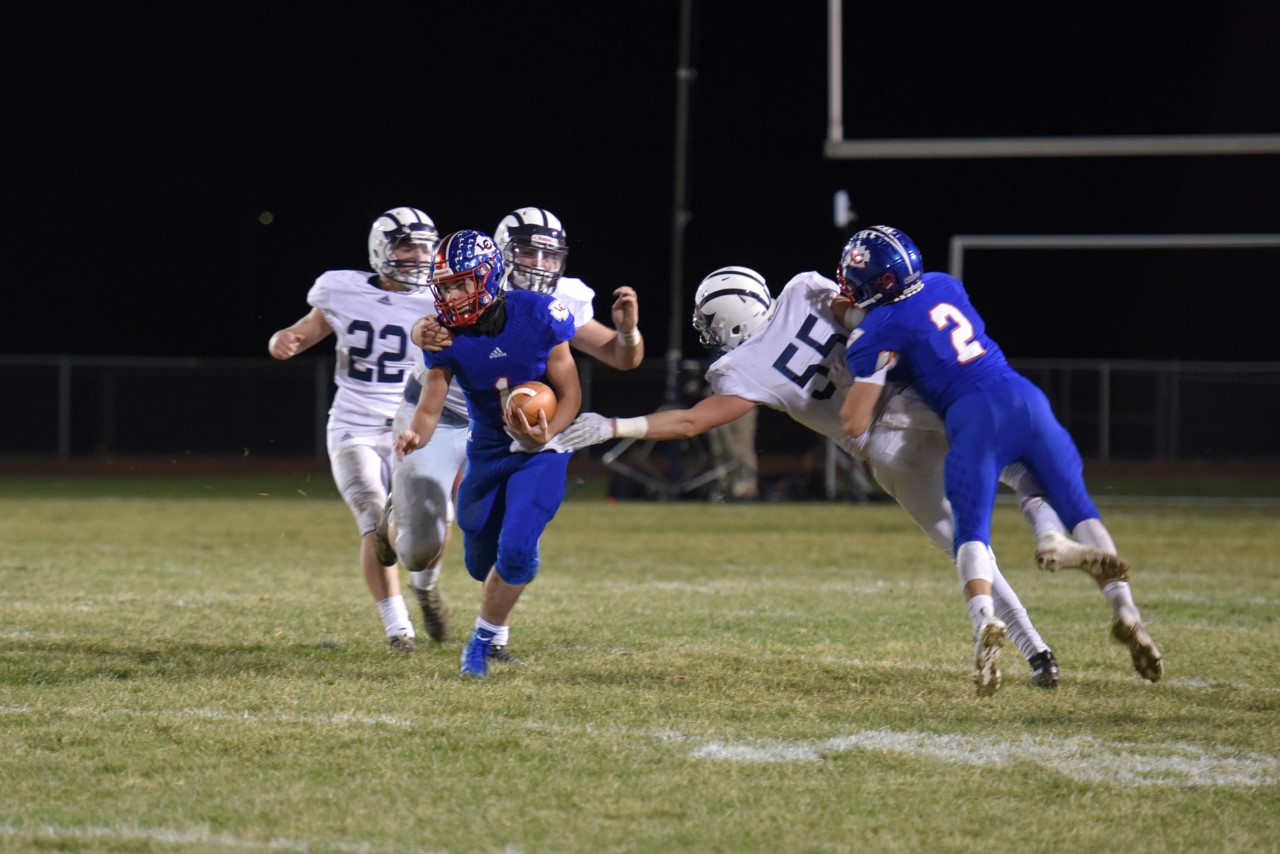 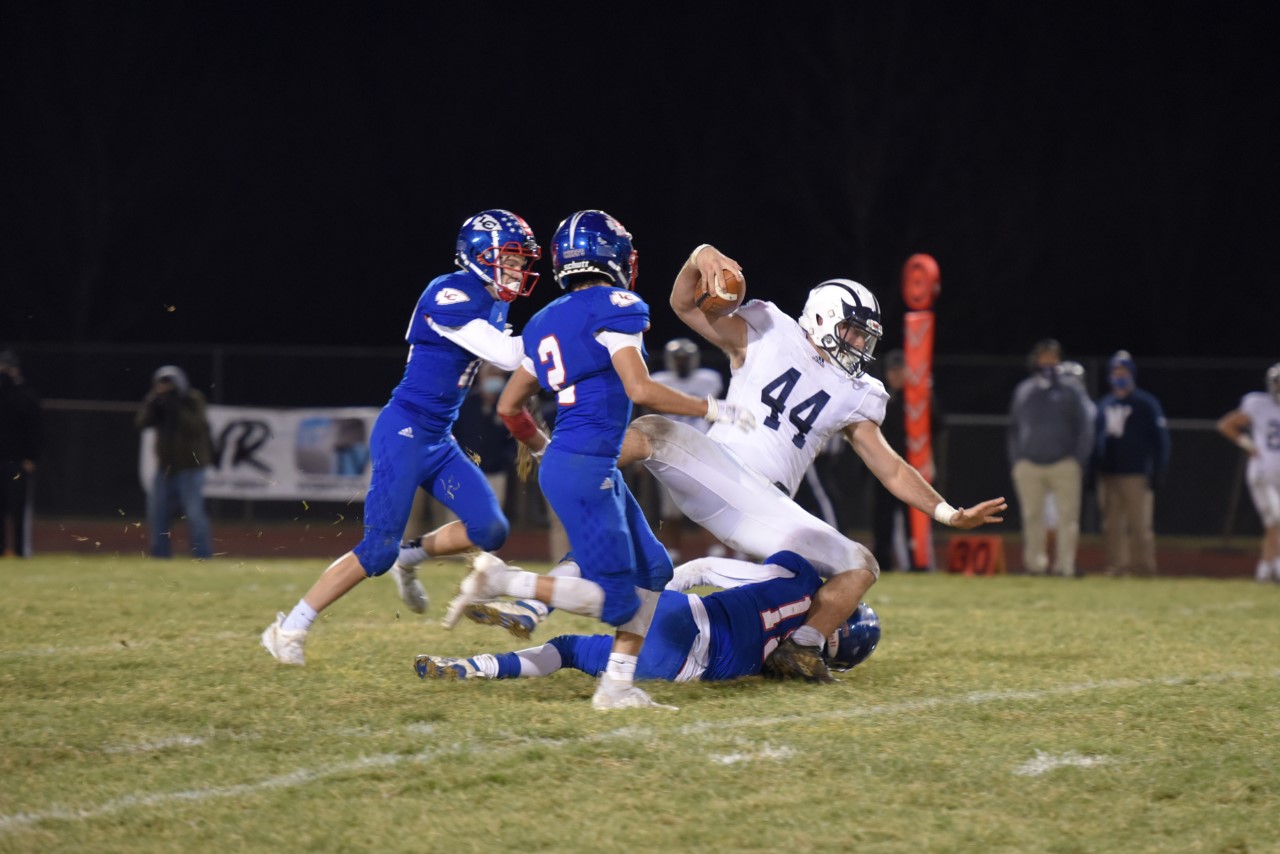 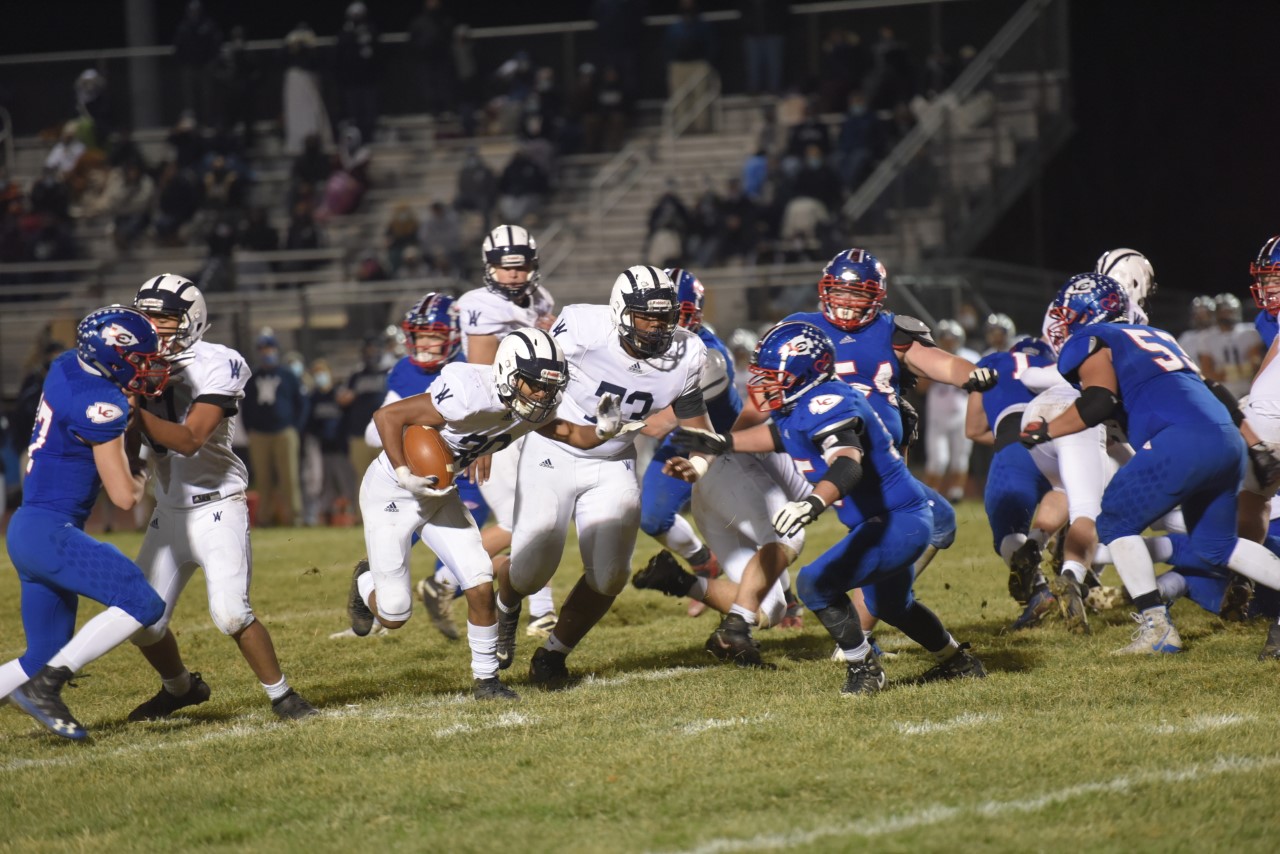 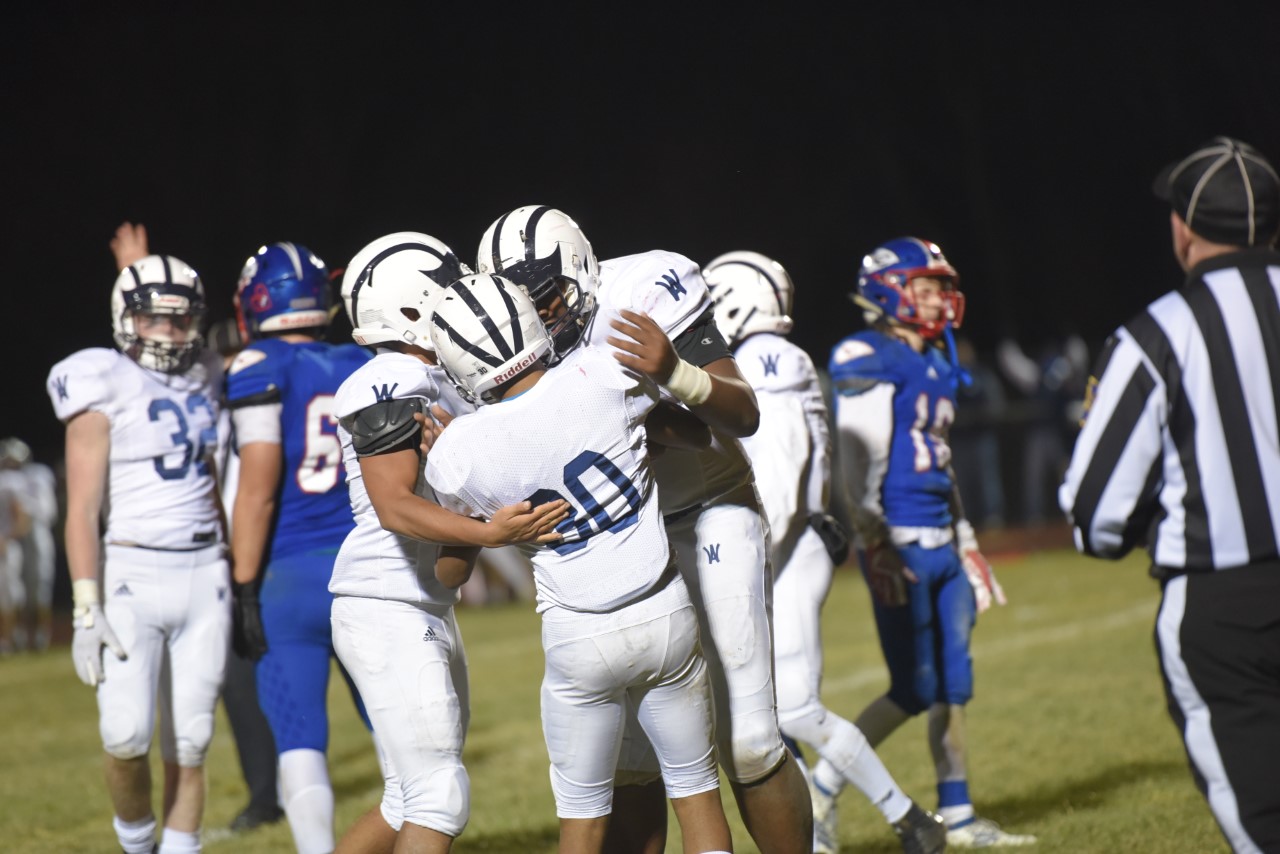