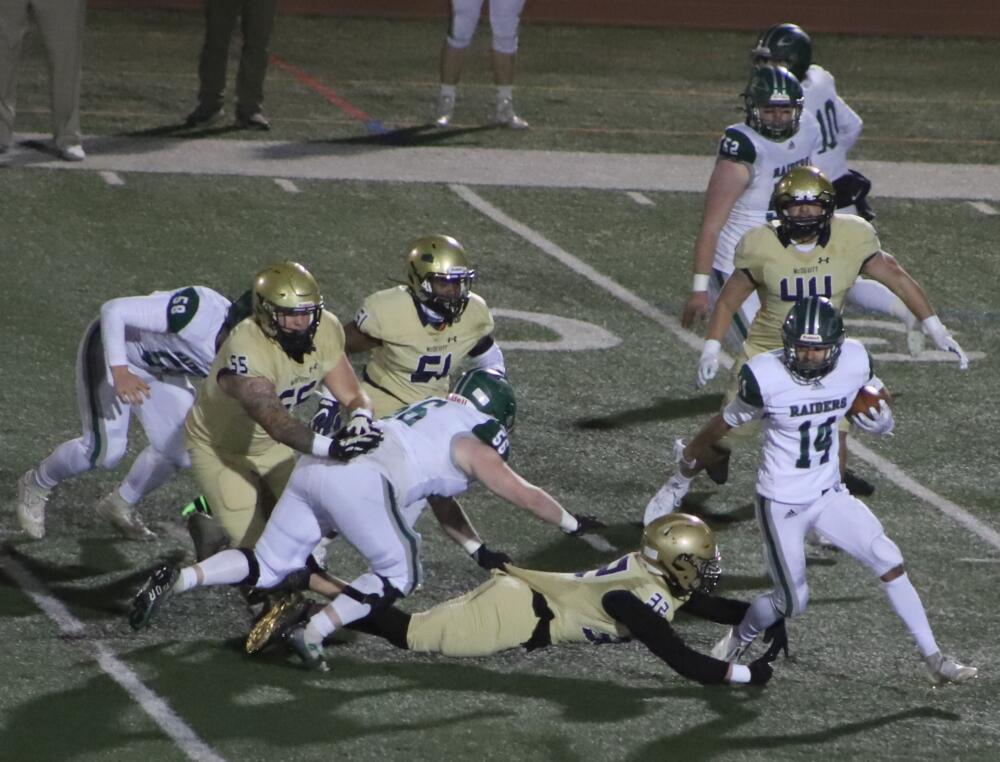 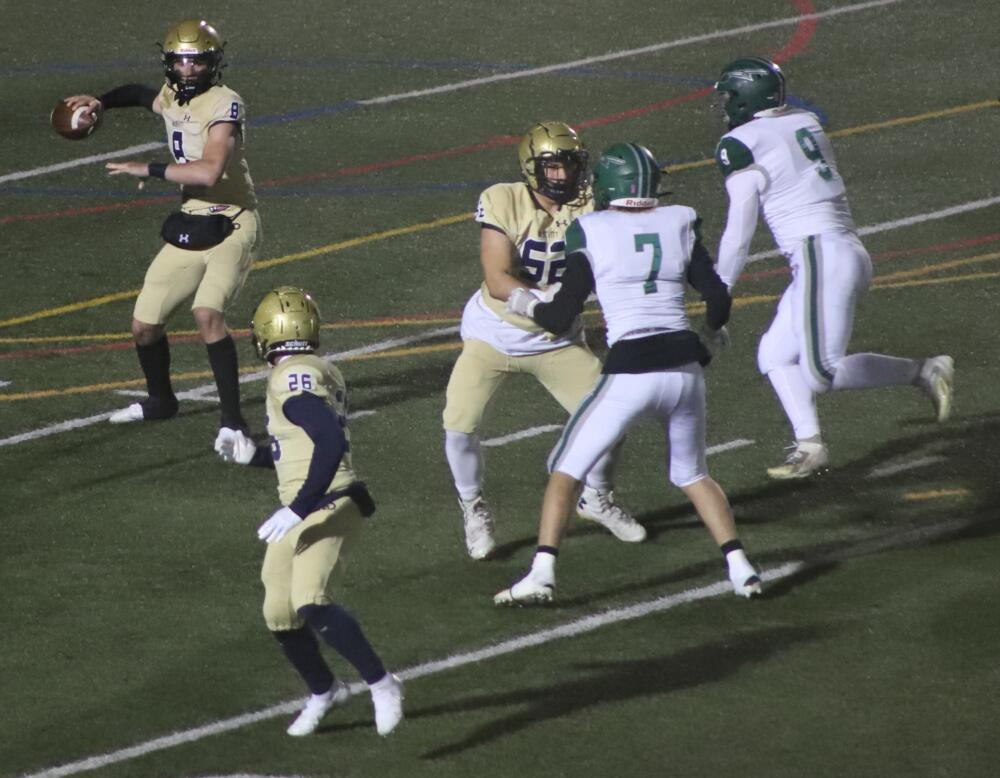 The Bishop McDevitt Crusaders beat the Twin Valley Raiders 47-3, and will move on to face Manheim Central next week at Rocco Ortenzio Stadium for the District 3, 4A Championship game. The Crusaders’ win was also the 50th District 3 win for head coach Jeff Weachter.

The 1st quarter opened with McDevitt receiving the kick-off. Twin Valley attempted an onside kick, which McDevitt recovered giving them fantastic field position in Raiders territory. In the first minute of the game, Marquese Williams scored a rushing touchdown, putting McDevitt on the board, 7-0. Twin Valley went three and out on their first possession, allowing McDevitt to begin again with good field position. With just over 7 minutes left on the clock in the 1st quarter, the combination of McDevitt’s Stone Saunders and Tyshawn Russel scored their first touchdown, bringing the score to 14-0. Twin Valley again went three and out, and with three minutes left on the clock, the McDevitt combo of Saunders and Russel struck again, making the score 21-0.

In the 2nd quarter, Twin Valley made a gutsy call and went for it on a 4th and 2 keeping their drive alive. Twin Valley’s Sam Frey put the Raiders on the board with a 35-yard field goal, bringing the score to 21-3, with 6:45 left in the half. McDevitt responded, scoring just a minute later on another Saunders/Russel connection, bringing the score to 28-3. Twin Valley wasn’t able to make anything happen on their next possession, and with just over 4 minutes left in the half, McDevitt’s Williams ran in his second touchdown of the game. This time, Twin Valley was able to block the PAT, making the score McDevitt 34, Twin Valley 3; and that’s how the half ended.

Third quarter play by McDevitt continued to be at a pace, with the Crusaders recovering a Twin Valley fumble and scoring their 6th touchdown of the game. With less than a minute off of the clock in the 3rd quarter, McDevitt was up 41-3. Twin Valley played hard. Brad Taggert of the Raiders broke up several passes from Saunders, but it wasn’t enough. With 4:44 left on the clock in the 3rd quarter, McDevitt’s Williams ran in his third touchdown of the game, bringing the score to 47-3.

McDevitt kept many of their starters on the sidelines for the 4th quarter, and neither team was able to score. The final was Bishop McDevitt 47, Twin Valley 3.

In addition to Taggert, Jaydon Goebel and Drew Engle heard their names called several times during the game for making key plays for the Raiders. On the McDevitt side, Kade Werner and Chase Regan had strong defensive play.

Unofficial stats from the game show McDevitt rushing the ball 190 yards and passing for 295 yards, for a total of 485 total offensive yards. Twin Valley had 94 yards rushing and 61 yards passing, for a total of 155 yards.