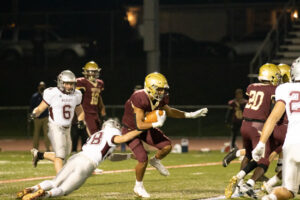 Mechanicsburg traveled to Governor Mifflin on Friday night, playing in their second District 3 playoff game in as many years.  When they got there, they found a team that was big, fast and talented.  They were too much for the visiting Wildcats, winning 68-14.

Governor Mifflin’s offense amassed 574 yards of offense, 454 on the ground, led by Junior Nick Singleton who ended the game with 204 yards rushing on 14 carries.  Brandon Strausser ran for another 108 yards for the top-seeded Mustangs. Senior QB Connor Maryniak added 120 yards with a touchdown pass and another on the ground.

Governor Mifflin scored quickly, sprinting 65 yards in 5 plays, ending with a 38-yd touchdown run by Brandon Strausser.  Nick Singleton scored on each of the next two possessions on runs of 49 and 54 yards to put the Mustangs up 21-0 at the end of the first quarter.

Mechanicsburg opened the scoring in the 2nd with a 53-yd pass from QB Micah Brubaker to WR Nicholas Morrison.  After the extra point was blocked it was 21-6.

Governor Mifflin quickly added three more scores in the period, on runs by Singleton, Maryniak and Singleton again to go up 42-6 at the half, triggering a running clock in the 2nd half.

Mifflin did not let up in the 3rd quarter, adding two more scores – one on a 5-yd run by Strausser and a 37-yd touchdown pass from Maryniak to Cameron Stewart.

The Mustangs scored twice in the 4th on a 74-yd run by Delsin McNeil and a 63-yd interception return by Braylon Stewart.  Mechanicsburg add a late touchdown on a 15-yd run by  Parker Sample. 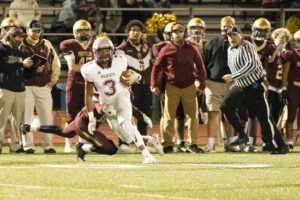 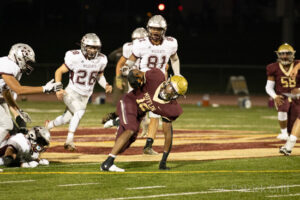 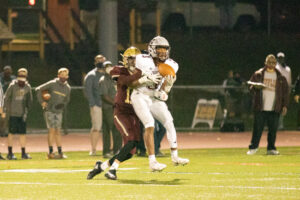 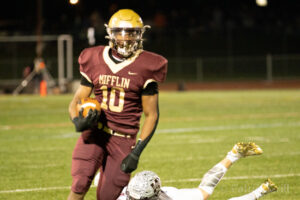 Nick Singleton escapes a tackle on the way to a touchdown. 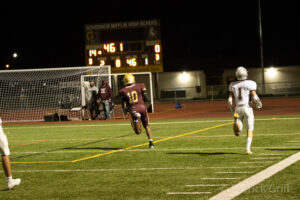 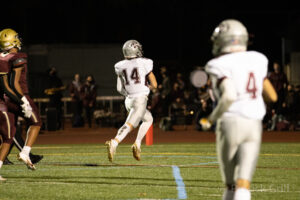 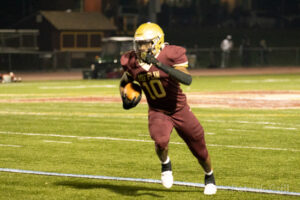 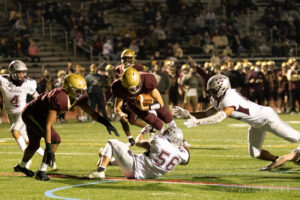 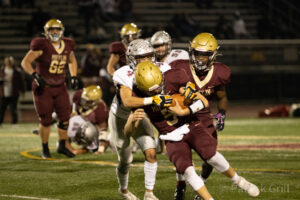 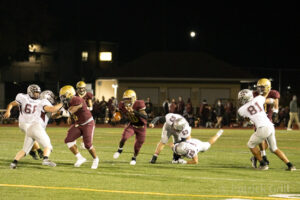 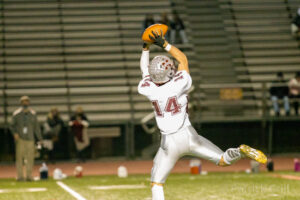 Nicholas Morrison with a catch over the middle. 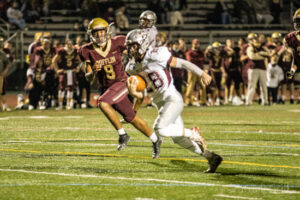