With both Lampeter-Strasburg and ELCO entering this evening’s district title game undefeated and ranked in the top 10 in the PFN State Rankings, this contest surely would be a showdown. Nothing came easy, but a dominating second half on a chilly Saturday night in Lancaster County led Lampeter-Strasburg to a 20-3 victory and its second straight District 3 4A title.

Playing in their first district title game since 2001, the ELCO Raiders didn’t make it easy. Though L-S was averaging 49 points per game coming into tonight’s contest, the Raiders held the Pioneers offense scoreless in the first half. By controlling the clock with a solid game plan and powerful running game, the Raiders seemed poised to achieve their first district title in program history.

In fact, the ELCO offensive line controlled the line of scrimmage until the unit began to wear out in the second half. And because so many Raiders play both ways, the defensive unit began to waver as well. While the Raiders took a 3-0 lead into halftime, Lampeter-Strasburg responded with 20 unanswered points.

With both Raiders units reeling, the Lampeter-Strasburg Pioneers pounced. After scooping up a fumble on an ill-advised Raiders pitch and returning it over 50 yards, quarterback Sean McTaggart tossed a perfect touchdown pass to extend the L-S lead to 13-3 with 9 minutes left in the game. 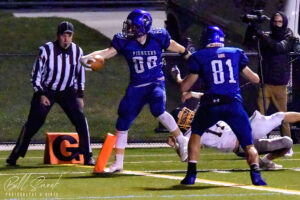 After an ELCO 3-and-out on the following possession, the Pioneers offense struck again with a strike on an out-route from McTaggart in which receiver Austin Stoltzfus scampered for a 72-yard touchdown, making multiple defenders miss on his way to the endzone. 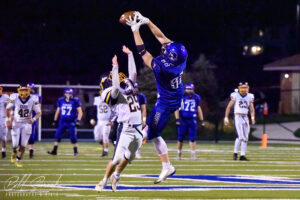 At this point, leading 20-3 against ELCO’s run-heavy style, the clock was on the Pioneer’s side. Though the Raiders put together a final drive, it ate up most of the 4th quarter clock. And after a Raider’s fumble late in the game, the victory and district title was sealed for Lampeter-Strasburg. 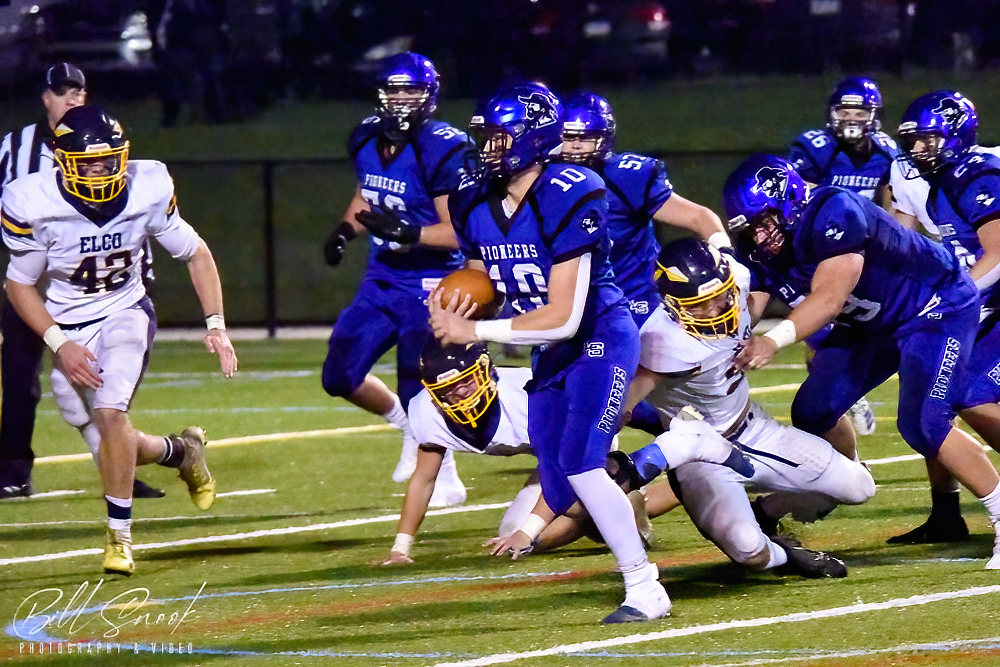 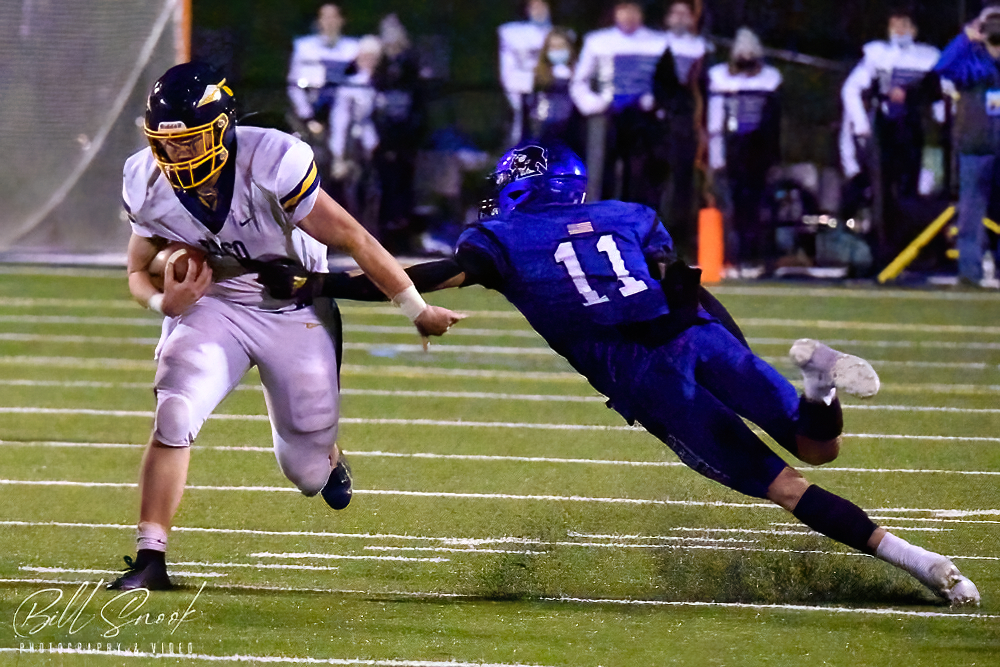 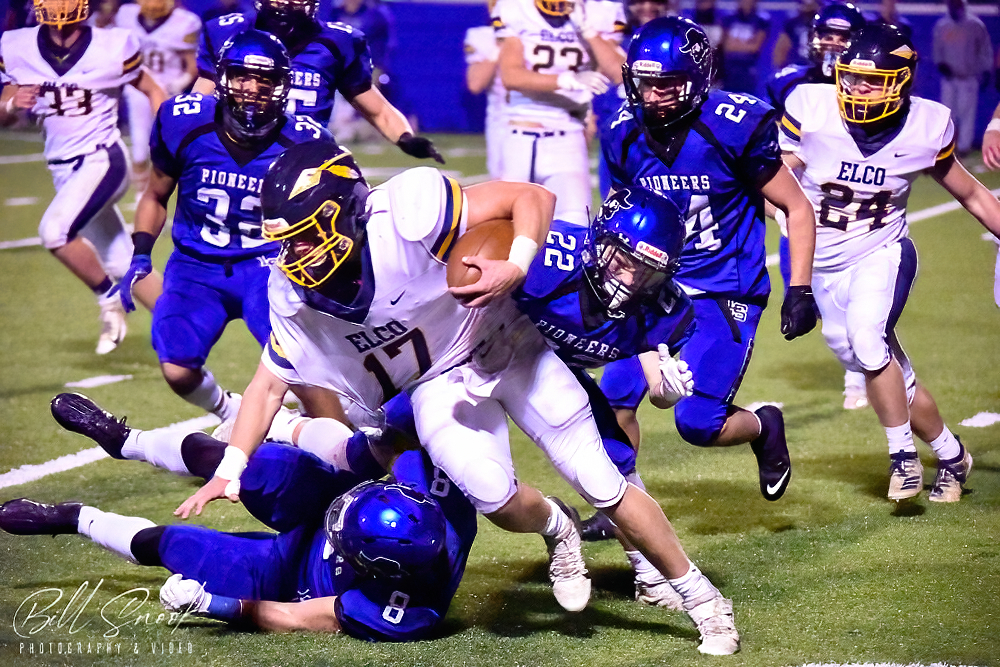 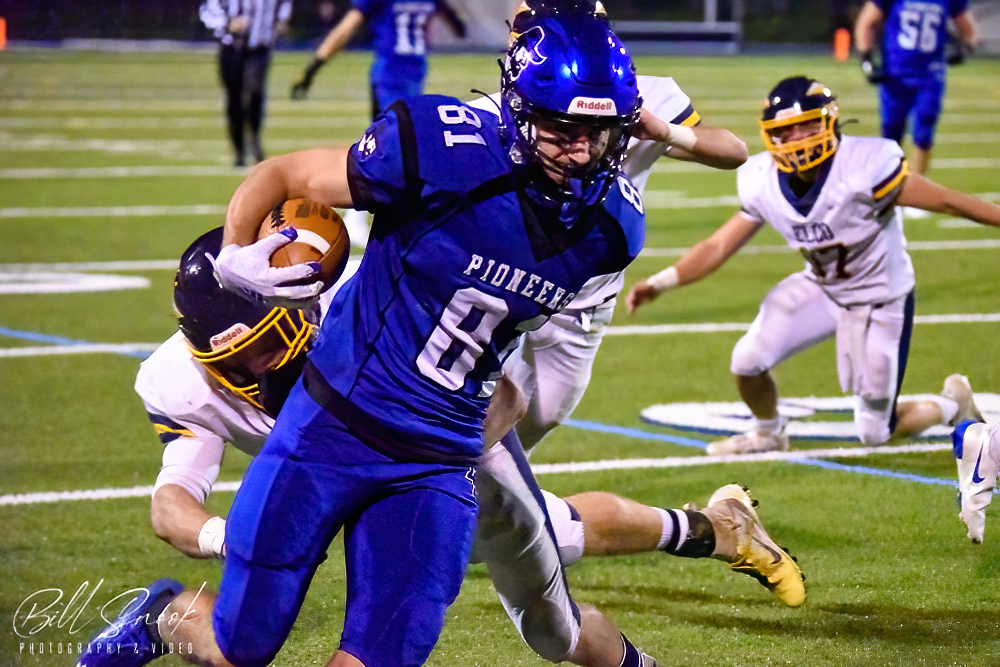 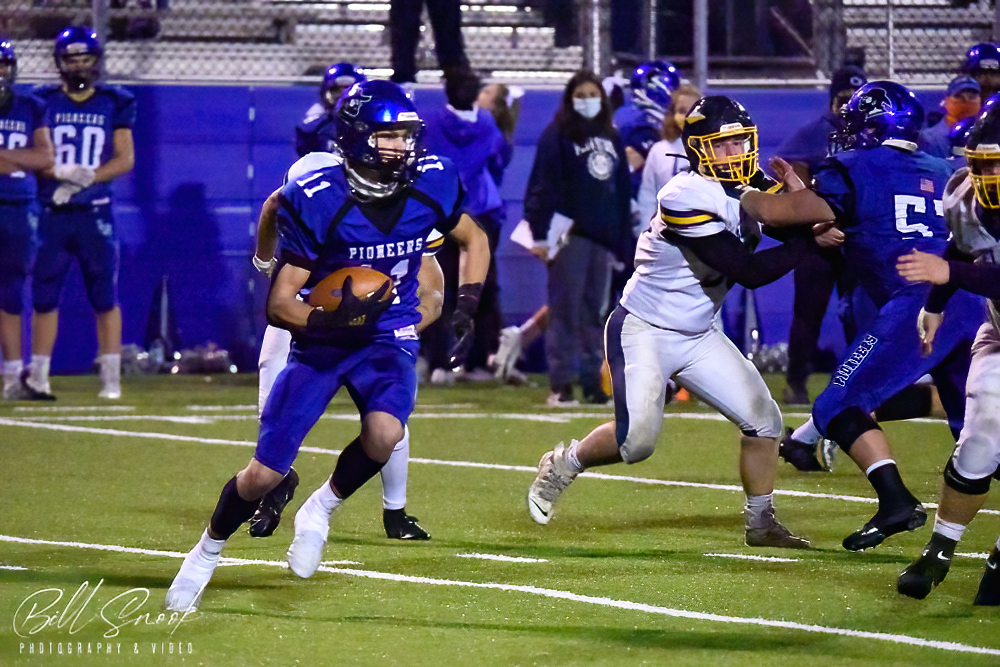 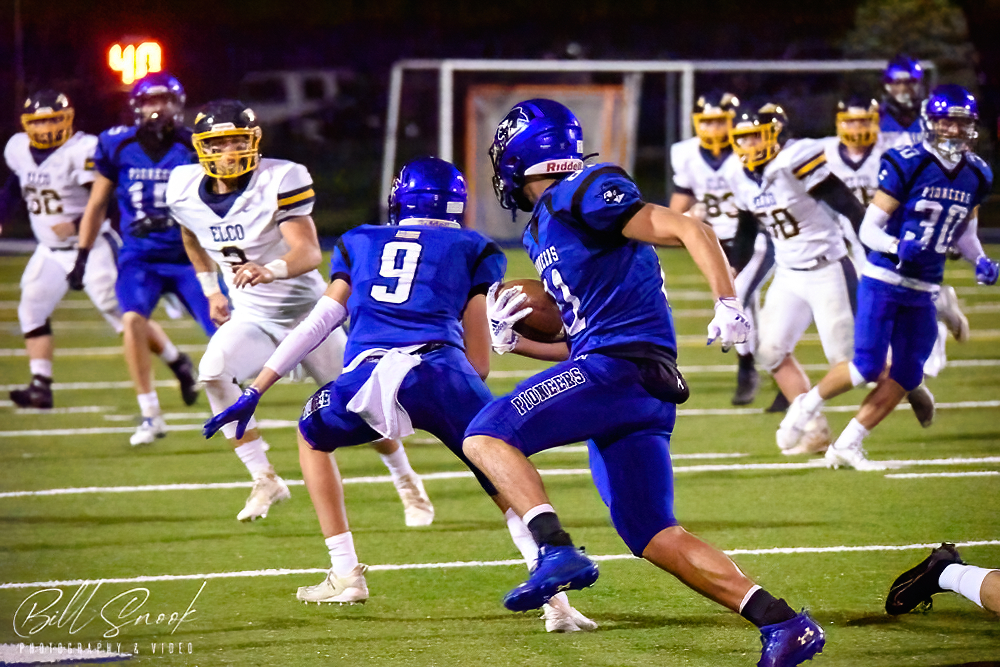