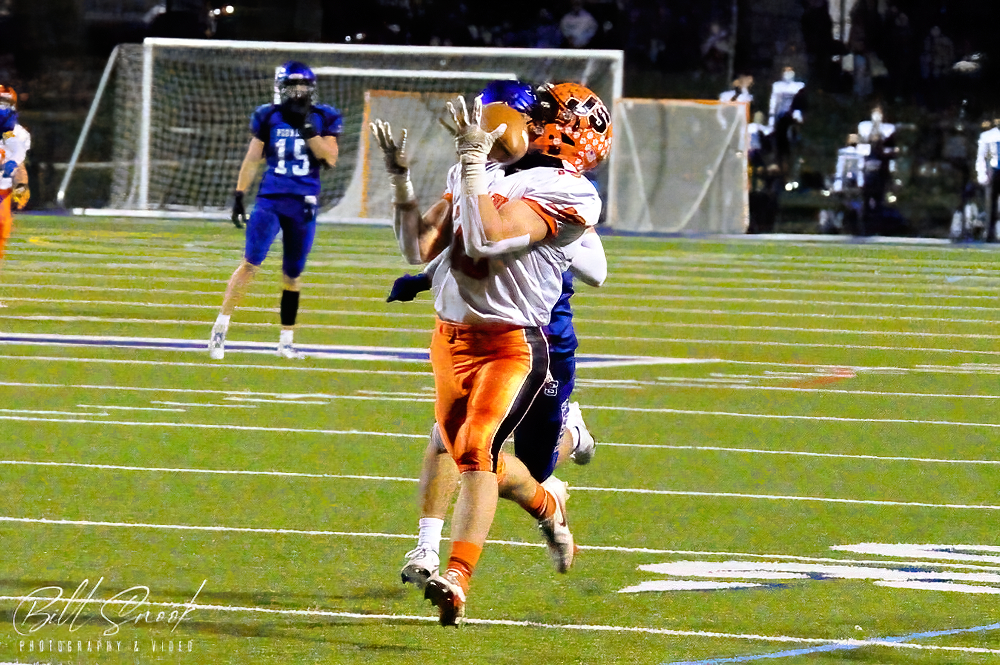 Trailing 28-21 in a classic air strike type shootout, the Jersey Shore defense turned the game around in the second half by forcing a three and out on Lampeter-Strasburg’s first drive of the third quarter. It was then that the Bulldog offense went back to their gameplan. They went on a 14 play, 83 yard drive that ended with a 9 yard td run by Cam Allison. The pat missed keeping the visiting team down by one, but on the next offensive play by the Pioneers Dalton Dungan broke into the backfield and picked of a Sean McTaggart pass, then raced 31 yards for the score to give Jersey Shore a 33-28 lead. With the momentum in hand, Shore went on to a 39-35 win and earned Tom Gravish his first trip to the State Finals. “That was the game plan” he said of the opening drive of the second half. “It didn’t work so well in the first half but ya know, we left some points off the board.”

Pioneer quarterback McTaggart had a career day, but Lampeter came up just a couple plays short. The senior threw for 475 yards and 4 tds and ran for another. “They made just a couple more plays than we did” said Lampeter head coach John Manion. “We played well, those two turnovers in the second half got us though.” Not to be outdone, the Jersey Shore offense piled up over 480 on offense with both Hess and Anderson going over 100 yards in receiving.

The first half was like a fireworks finale on the fourth of July, it took a few punts before the display really lit up but when it did the action was non-stop. Jersey Shore lit the first fuse when Cam Allison scored from 24 yards out with 2:43 left in the first. Then things started to roll. The Pioneers struck back when McTaggart hit Beau Heyser who then went 42 yards for the tying score.

We are tied at 7. McTaggert to Heyser 42 yards. 13 second left in the first pic.twitter.com/HMB8JAn6u1

The back and forth continued, with the game tied at 14, Lampeter pulled ahead 21-14 when McTaggart hit Berkeley Wagner for a 35 yard score to pull ahead 21-14. On the next drive Wheary found Cam Hess for a 5 yard score to tie the game at 21. Shore’s defense got a big stop and had a chance to pull ahead but a fourth down pass missed the mark and L-S took over at their 7. Three plays later Heyser took a short pass and raced 88 yards to the endzone to put the Pioneers up 28-21 at the half.

Trailing by 5 late in the third, McTaggart found Alex Knapp for 60 yards to the Shore 14, then the qb called his own number for a 2 yard plunge to put the Pioneers up 35-33. With just over nine minutes to play, Allison broke free for a 41 yard run to set up the go ahead score, a 5 yard td pass from Wheary to Hess.

L-S had one more shot, getting inside the Bulldogs 20 on a 69 yard drive, but the Shore defense tightened up, getting to McTaggart once, forcing a fumble that was missed by the refs, then Hess intercepted a fourth down pass to end the drive.

Lampeter’s season comes to and end in the State Semifinal for the second year in a row.  Jersey Shore will face Thomas Jefferson for the PIAA Class 4A title next week in Hershey. 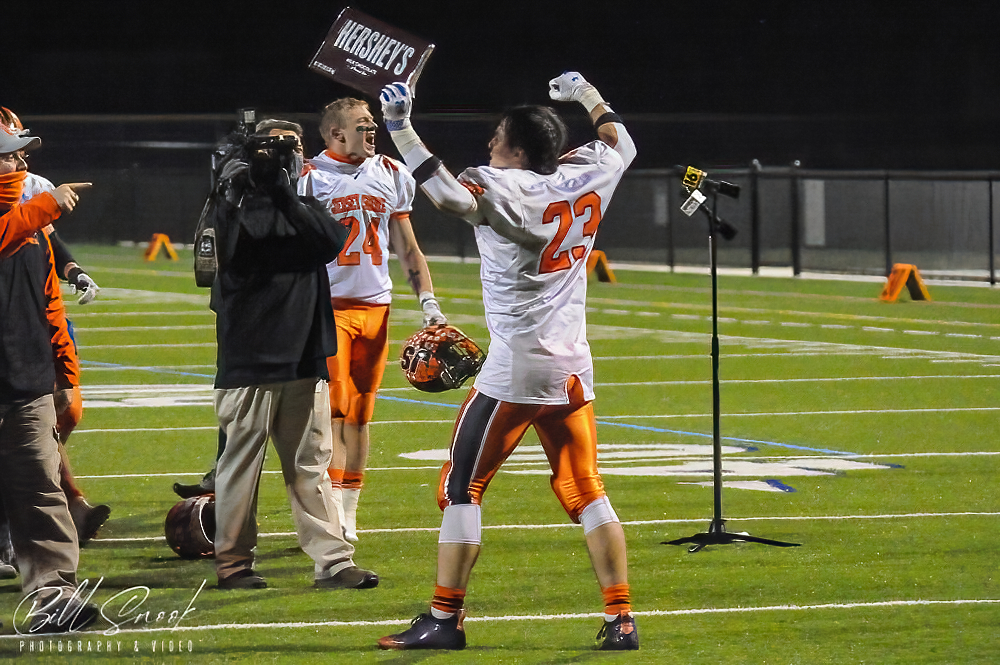 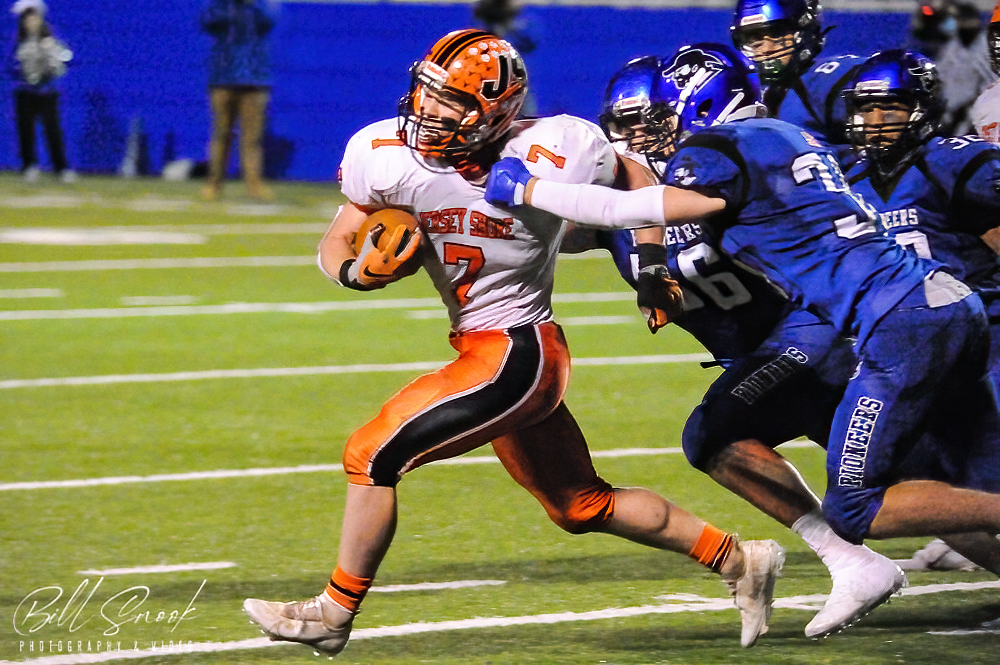 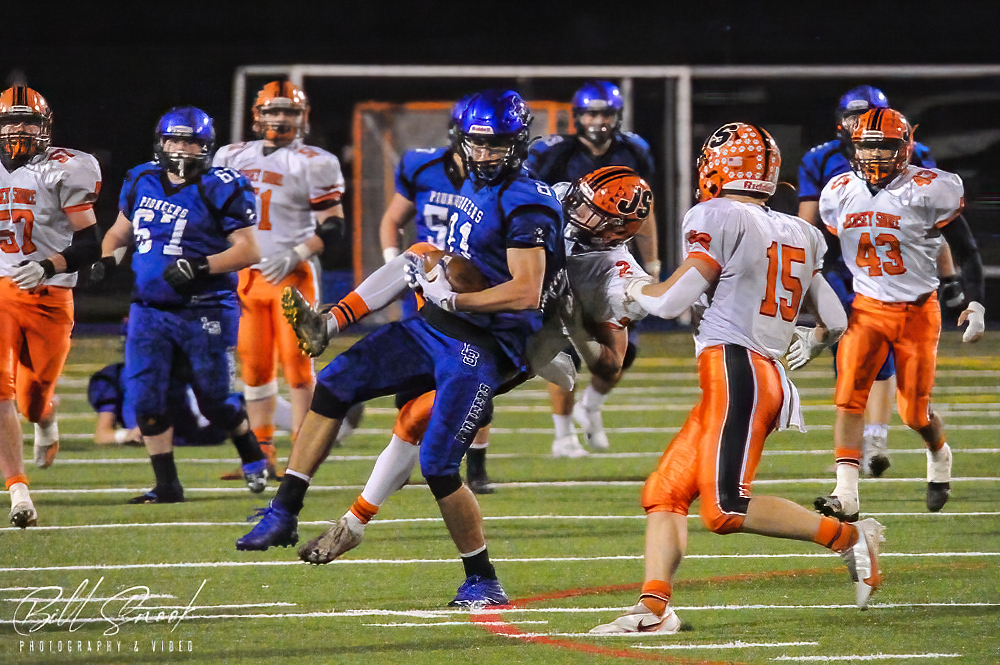 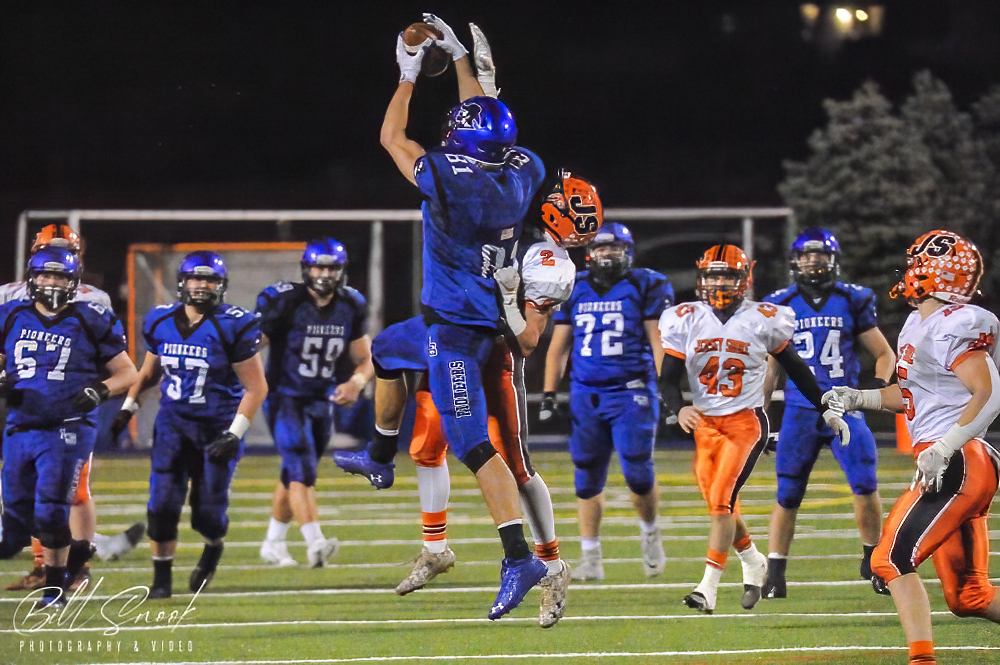 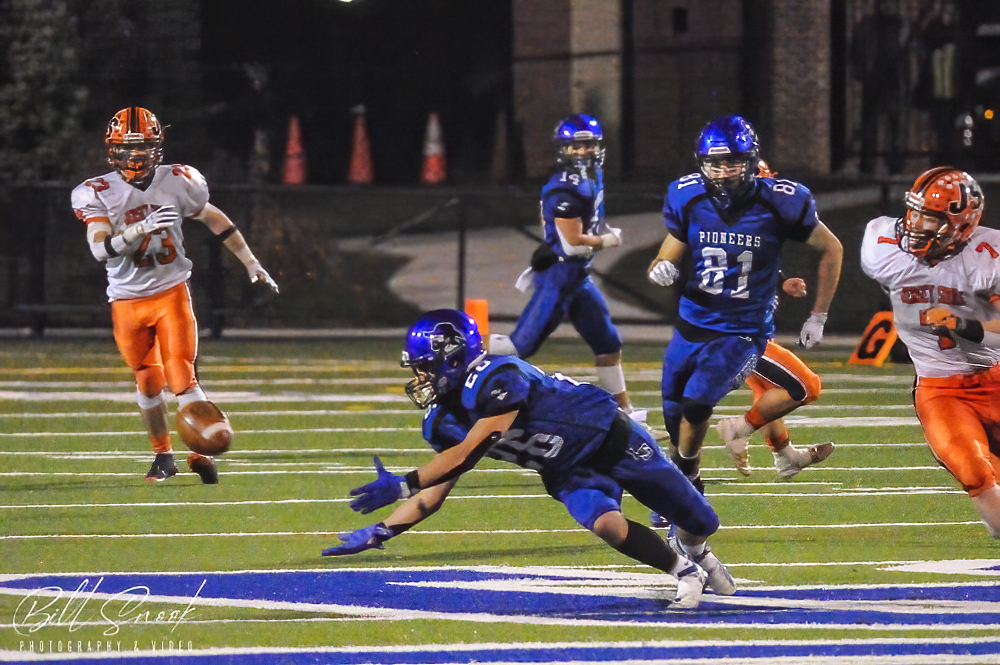 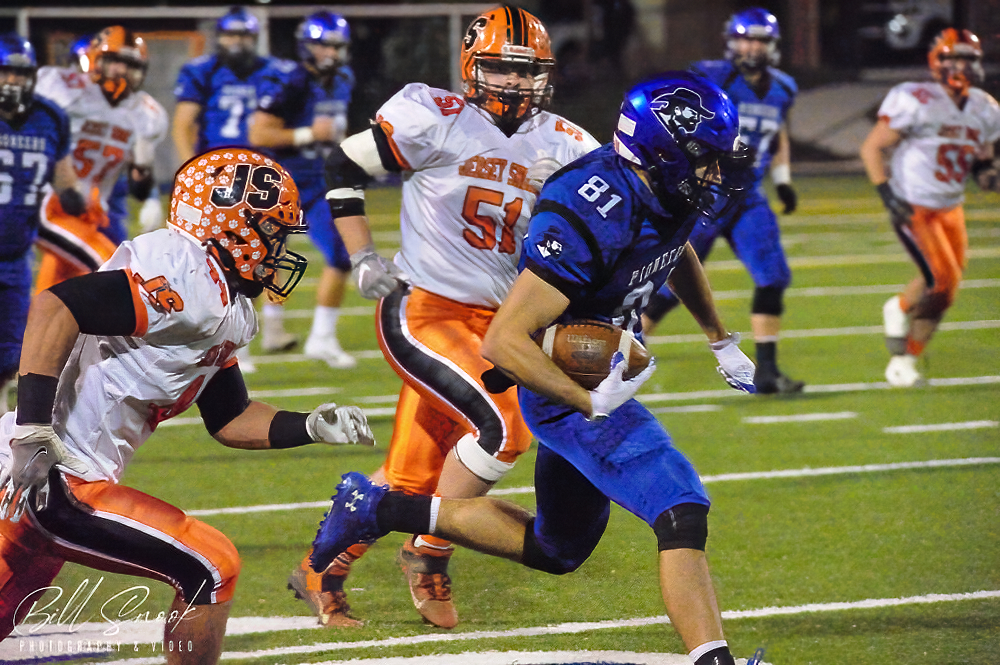 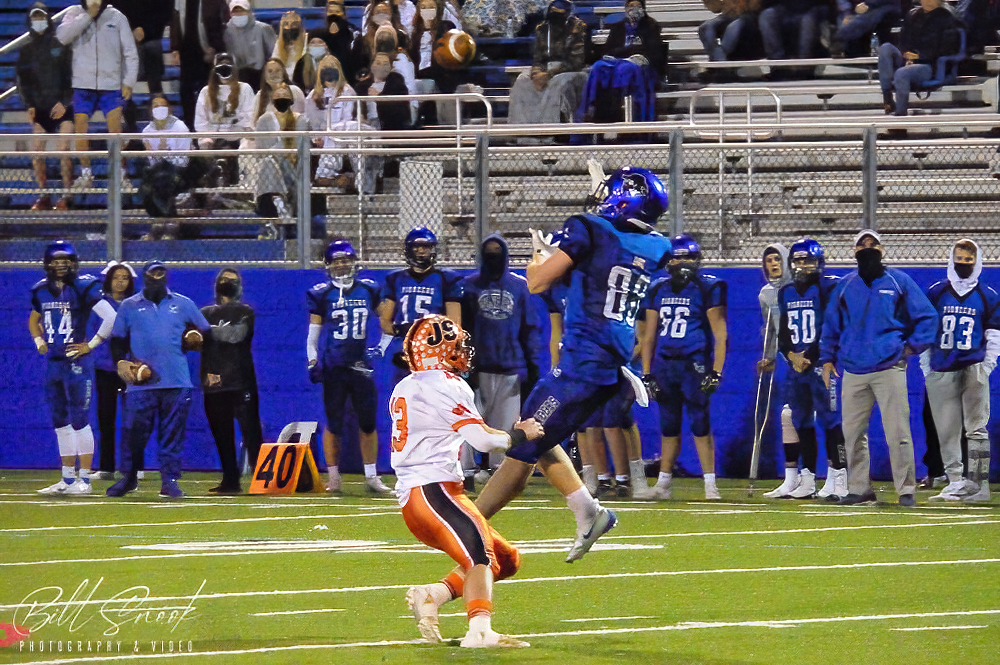 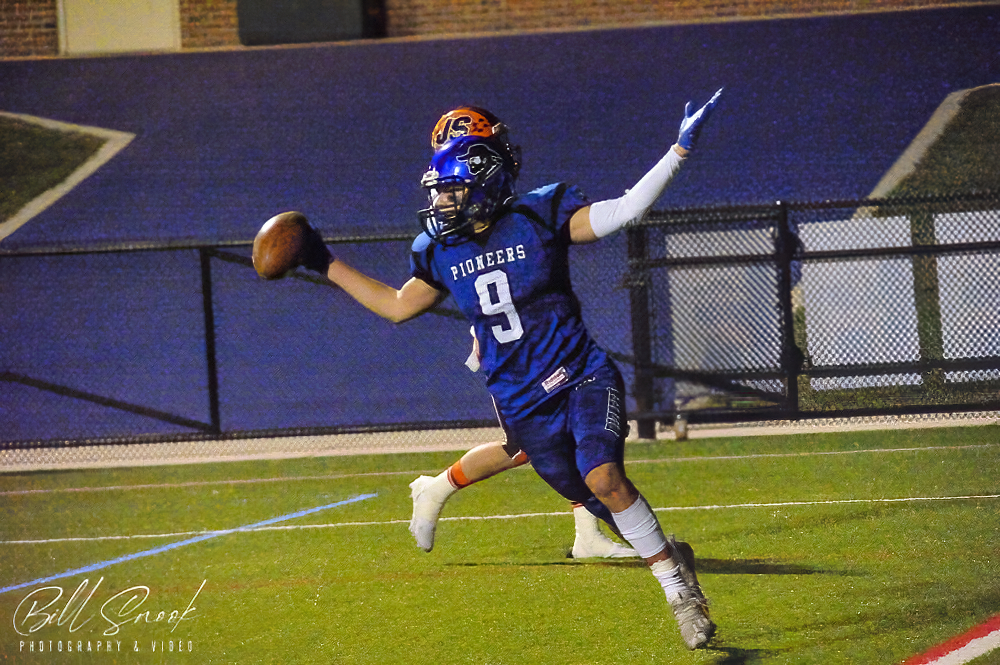 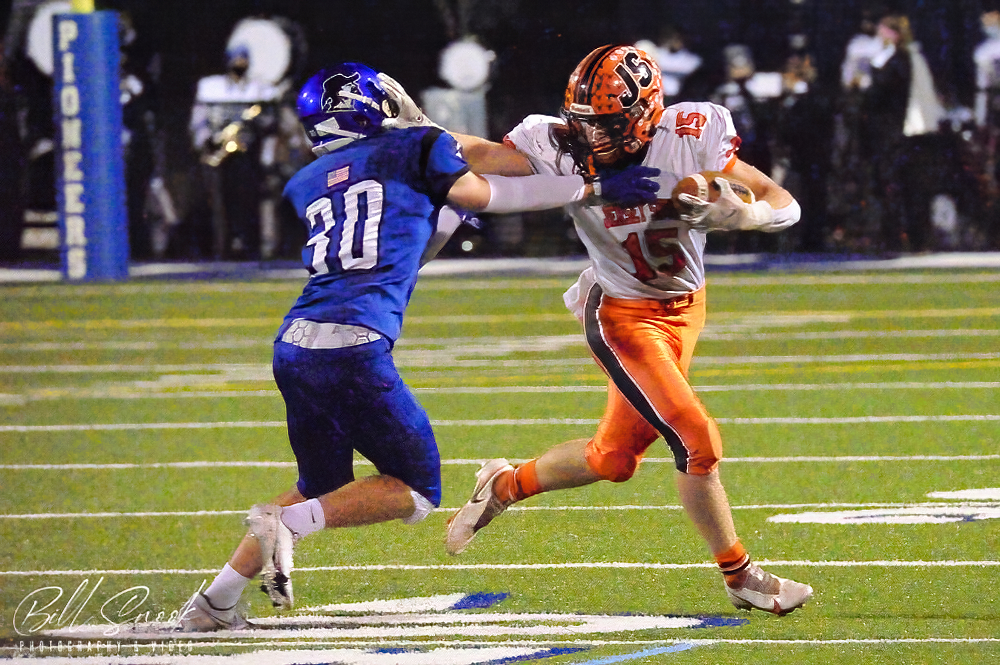 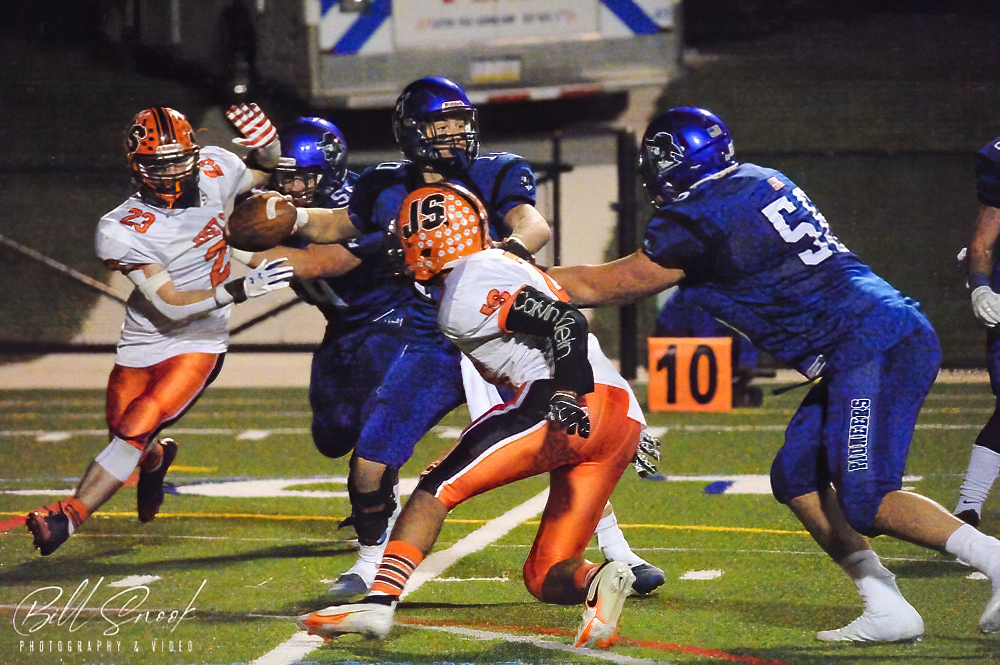 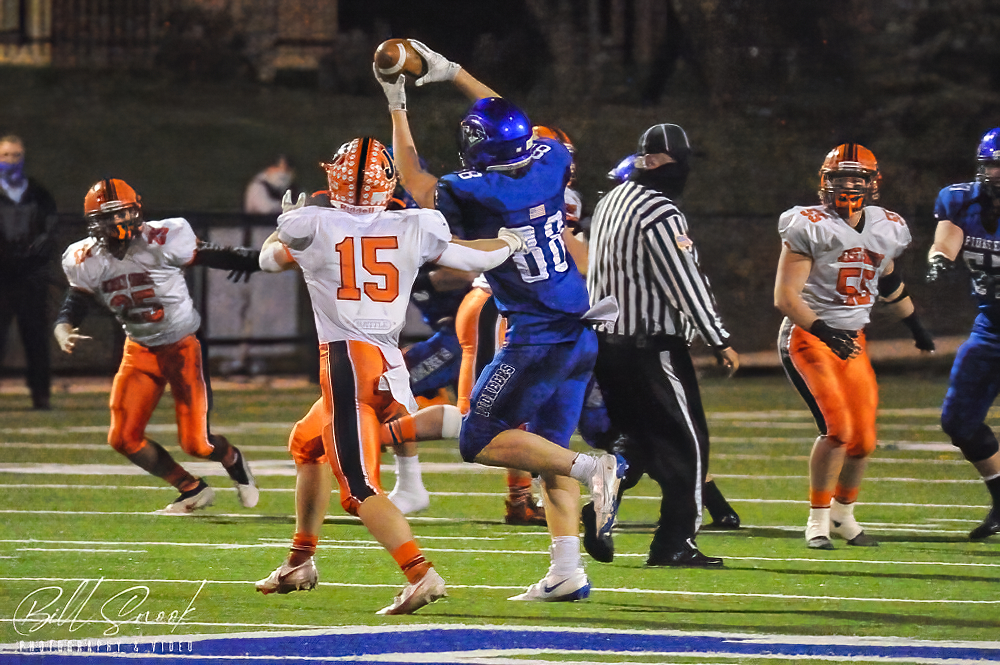 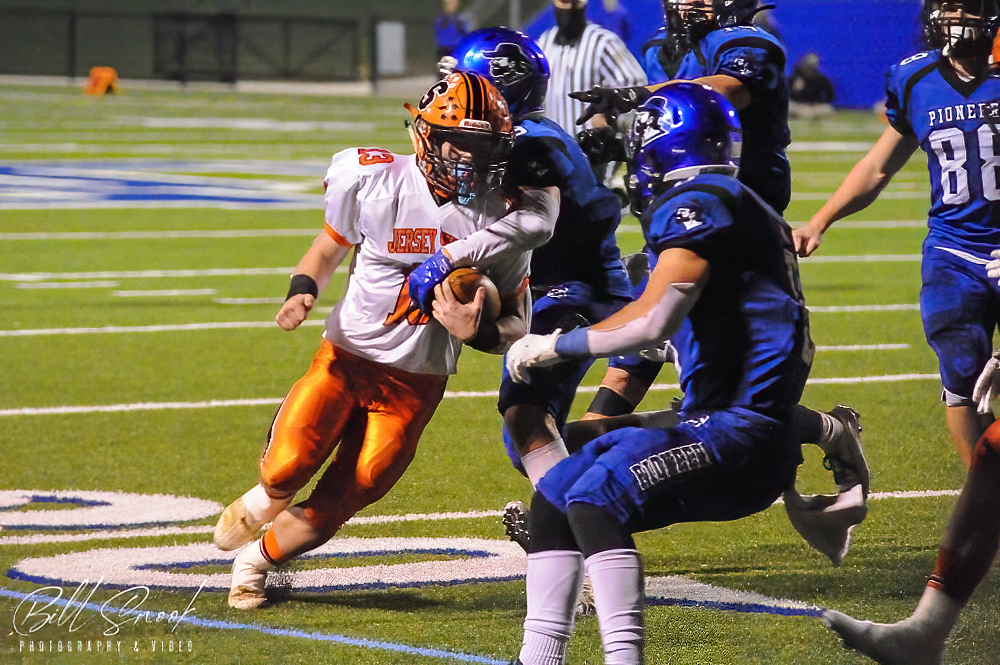 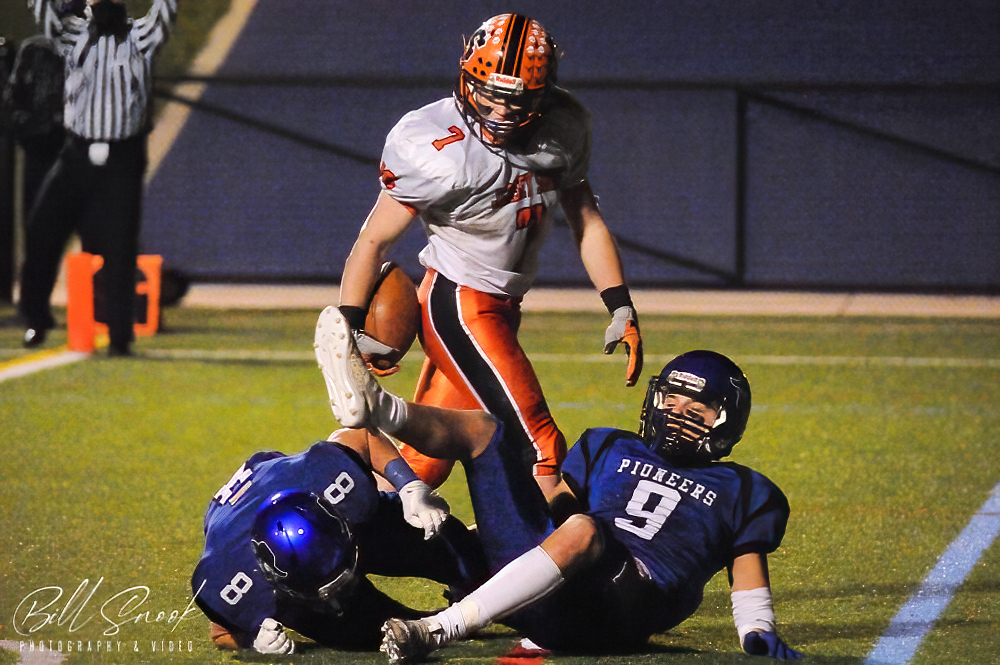 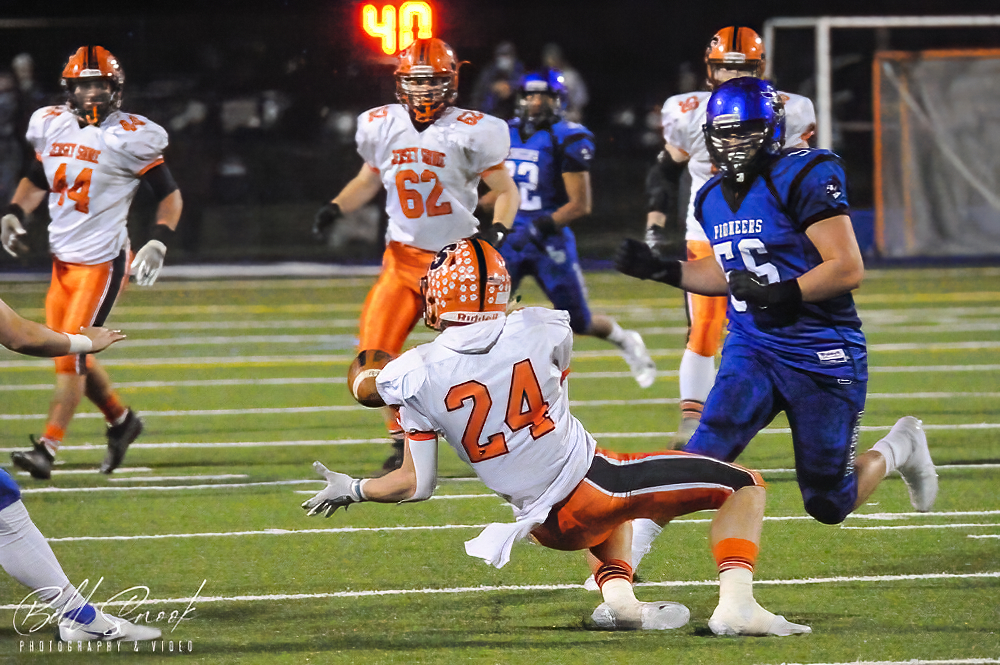 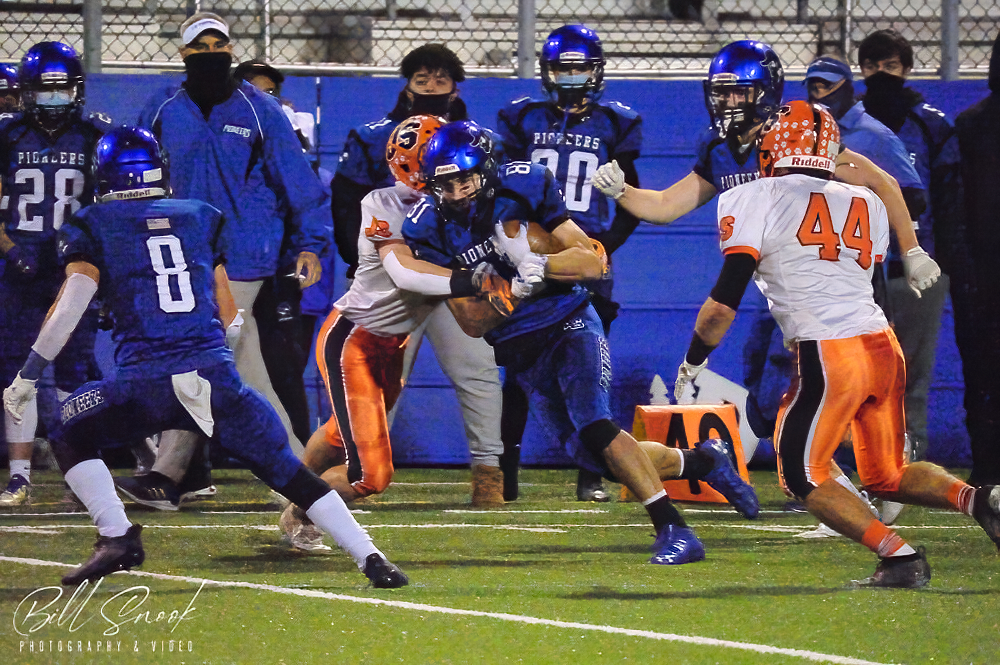 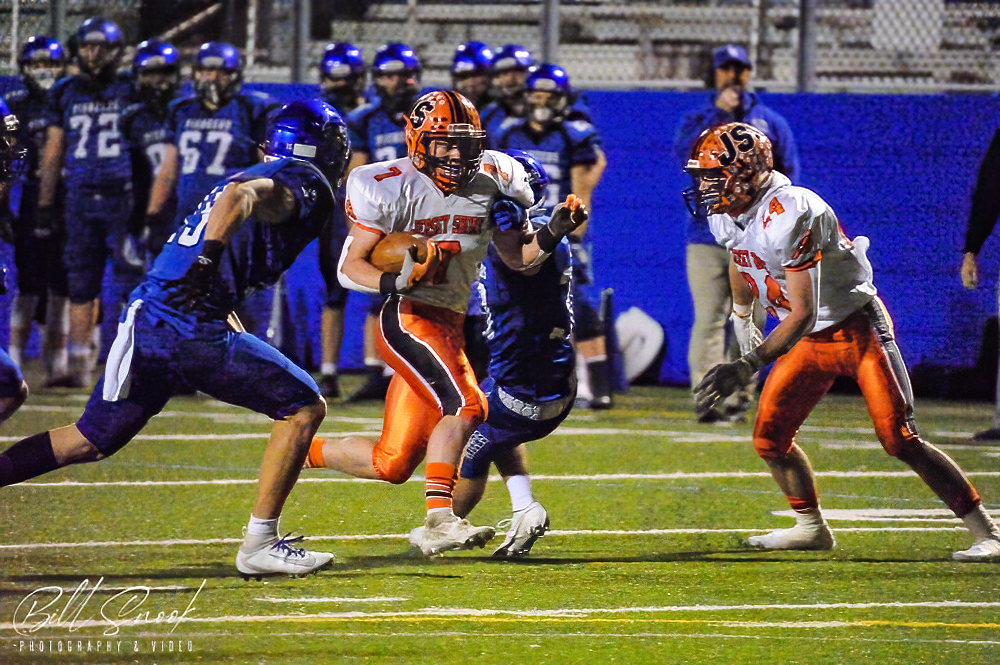