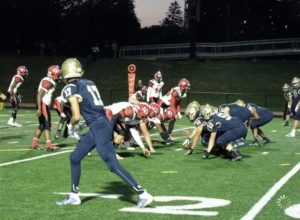 On September 27th, 2019, the Penn Manor Comets faced the McCaskey Tornados. The first quarter began with PM junior Isaiah Stoltzfus running to first and goal with a carry. Within the first few minutes of the game, Stoltzfus ran a touchdown for the Comets. The Comets then had a succesful two point conversion made by Stoltzfus to make the score 8-0. With 8:14 left in the quarter, Penn Manor received a personal foul and a fifteen yard penalty. Penn Manor then received another flag right after the first and another five yard penalty.

After a flag on McCaskey for a face mask, a successful pass was made to PM Aaron Gale on the nine yard line. At third and goal, senior Jared Musser caught the ball for a touchdown. With another successful two point conversion, the score was 16-0. The next few minutes of the quarter were slow with a flag on PM and McCaskey and a blocked punt to PM. After another touchdown ran by Stoltzfus, the points were negated due to a penalty on PM. The quarter ended with a Penn Manor lead of 16-0. 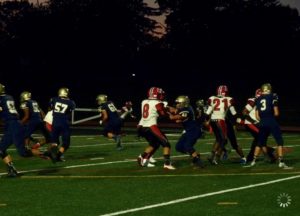 At the beginning of the second quarter, Stoltzfus caught another touchdown to bring the score to 22-0. The extra point was missed. After a sack on McCaskey quarterback by PM junior Max Jesberger, McCaskey received a flag and PM regained control of the ball. An impressive play ensued soon afterwards with a carry by senior Josh Gibson from the 36 to 17 yard line. Another touchdown by the Comets occured shortly afterwards with 6:33 left in the quarter by Stoltzfus. With no two point conversion, the score was 28-0.

McCaskey executed an impressive play when they ran the ball to the 43 yard line from the end zone. The play was ended after senior Logan Legenstein tackled the player. Legenstein followed this play with an interception and run from the 46 yard line in to a touchdown. With no extra point, the score was 34-0. 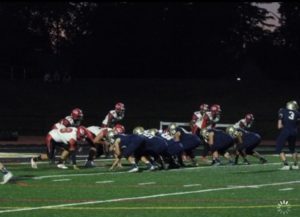 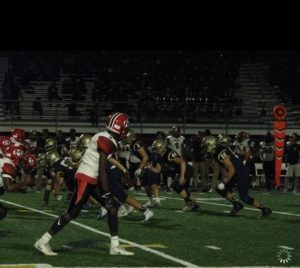 The third quarter began with an interception by Jesberger and a personal foul by McCaskey. With 7:50 left in the quarter, Penn Manor received another touchdown. The score was then 54-7. After a third down stopped by Musser, PM received a flag. After a hand off to Gibson on the twenty yard line, Penn Manor moved to first and goal. Penn Manor received a touchdown by senior Darius Terry with 8:16 left in the quarter. The third quarter ended with the score 61-7. 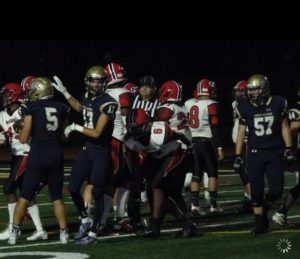 In the 2018 football season, Penn Manor beat McCaskey 28-14. Even though Penn Manor won noth games, PM showed a more impressive score this year then before. Penn Manor’s next game will be at home on October 11th against Elizabethtown.