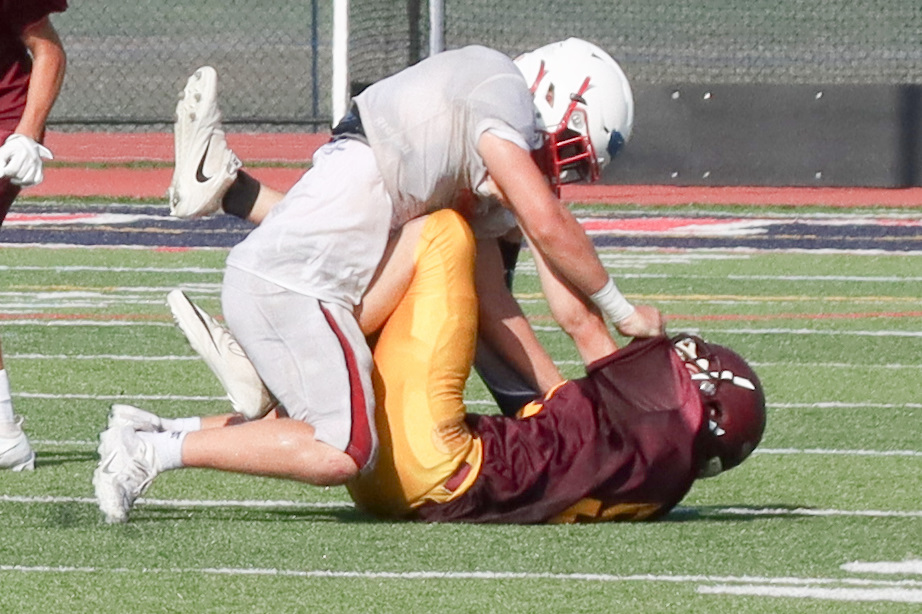 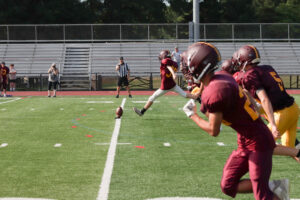 West Shore Stadium saw a scrimmage between host Red Land and Big Spring High School. The first play saw Ethan Eisenburg toss a 40 yard go route down the boundary, ultimately ending in a touch down. Red Land’s first possession set the tempo by utilizing their running attack. They drove right down the field for their first touchdown. Both teams settled down on defense flipping sides. Big Spring took over the scrimmage by throwing passes 20 yards and more. Red Land had no secondary help, and both Big Spring’s receivers being the smallest players on the field, ran good routes and had even better hands. Red Land is in their first year under Coach Eric Depew, and Big Spring’s veteran team allowed them to dominate the scrimmage. Big Spring will be tested in their season opener against Shippensburg, while Red Land opens up against Northern. 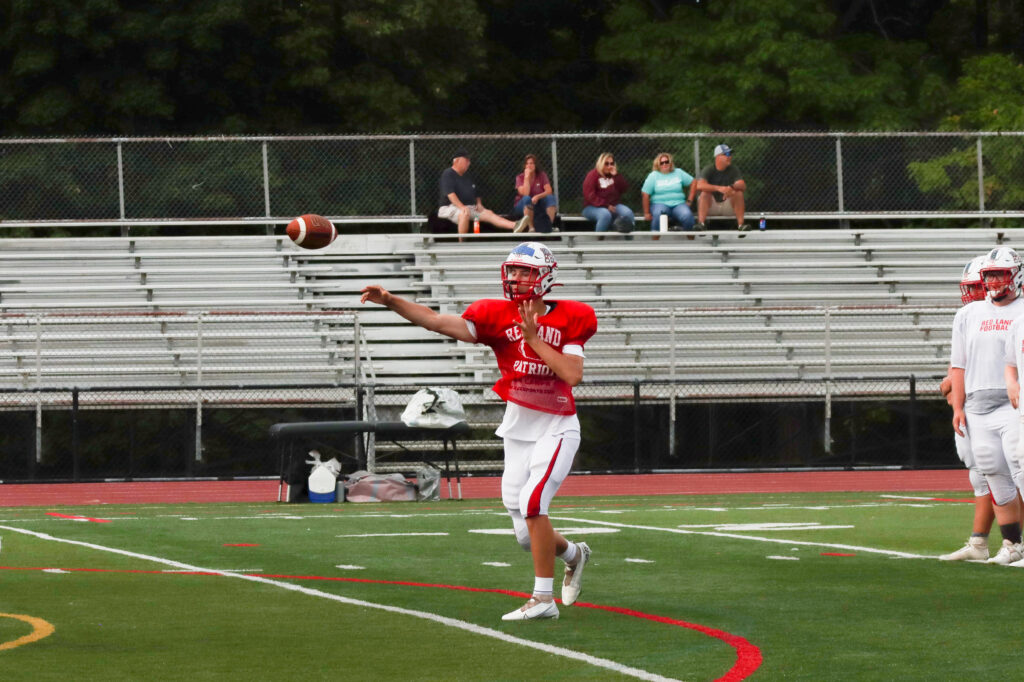 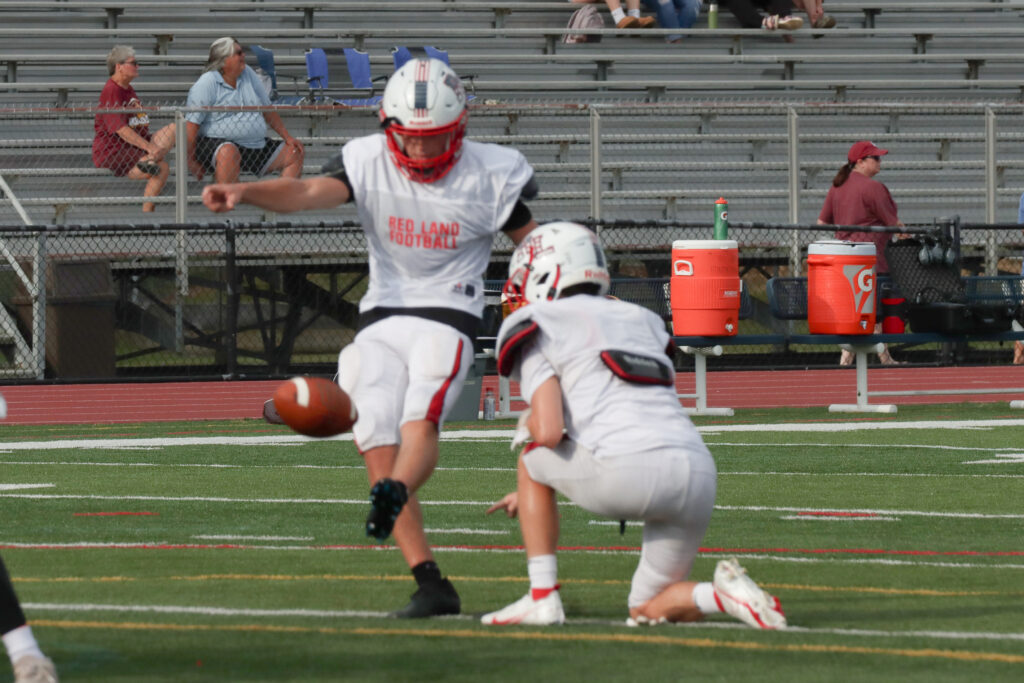 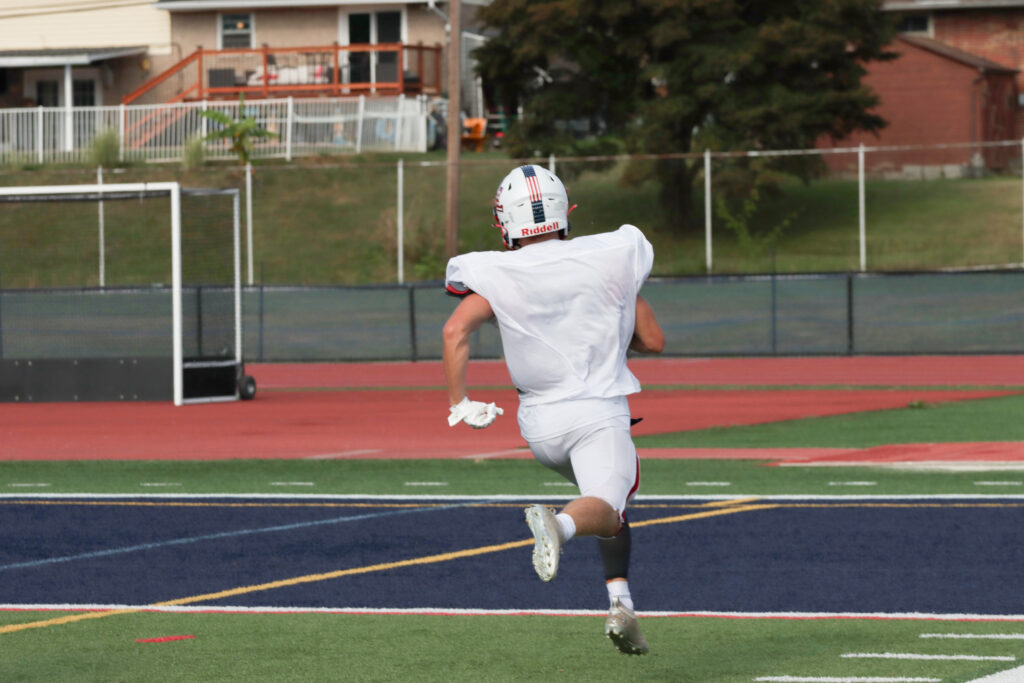 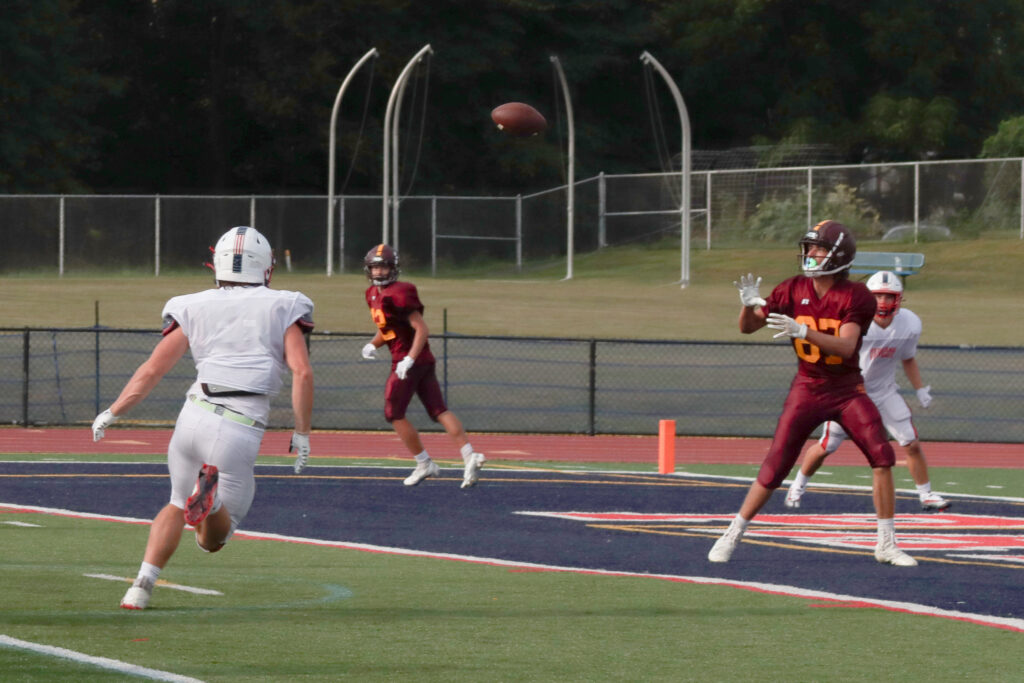 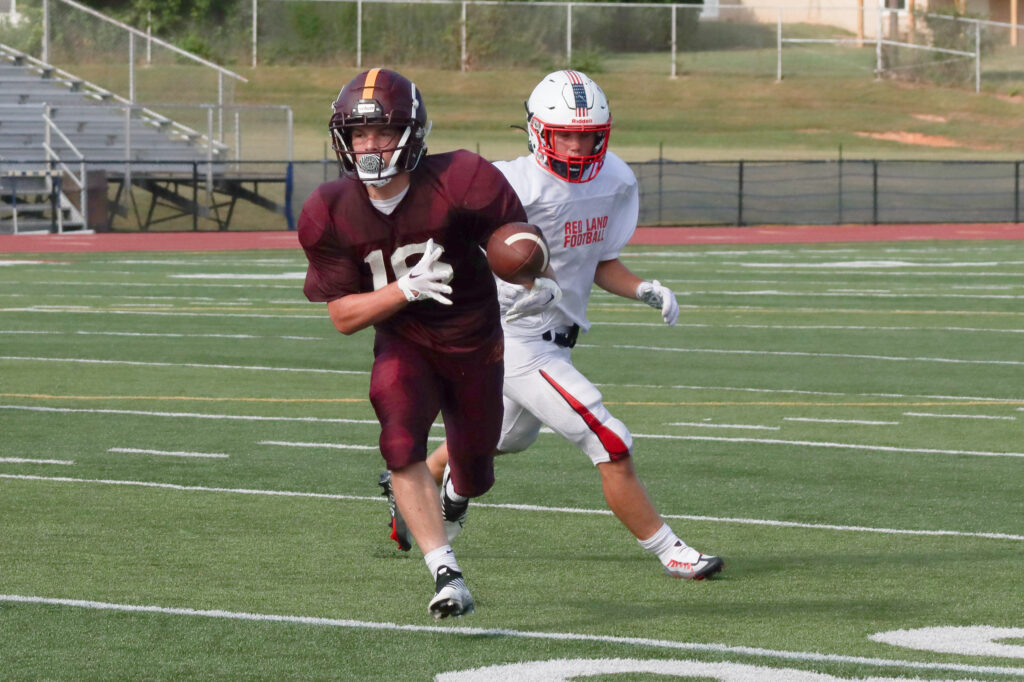 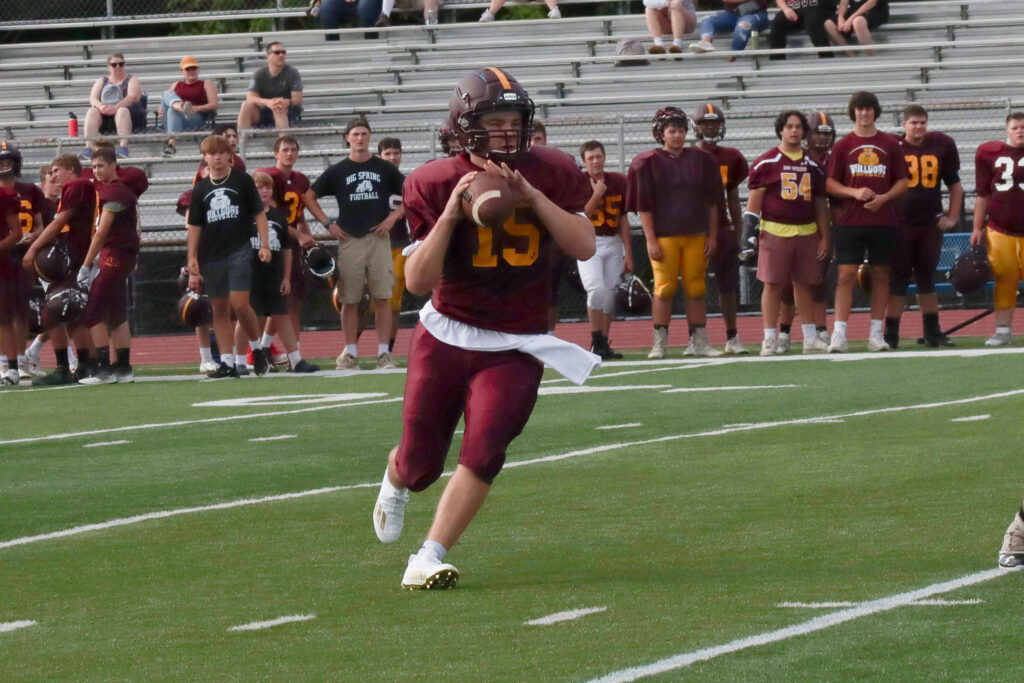 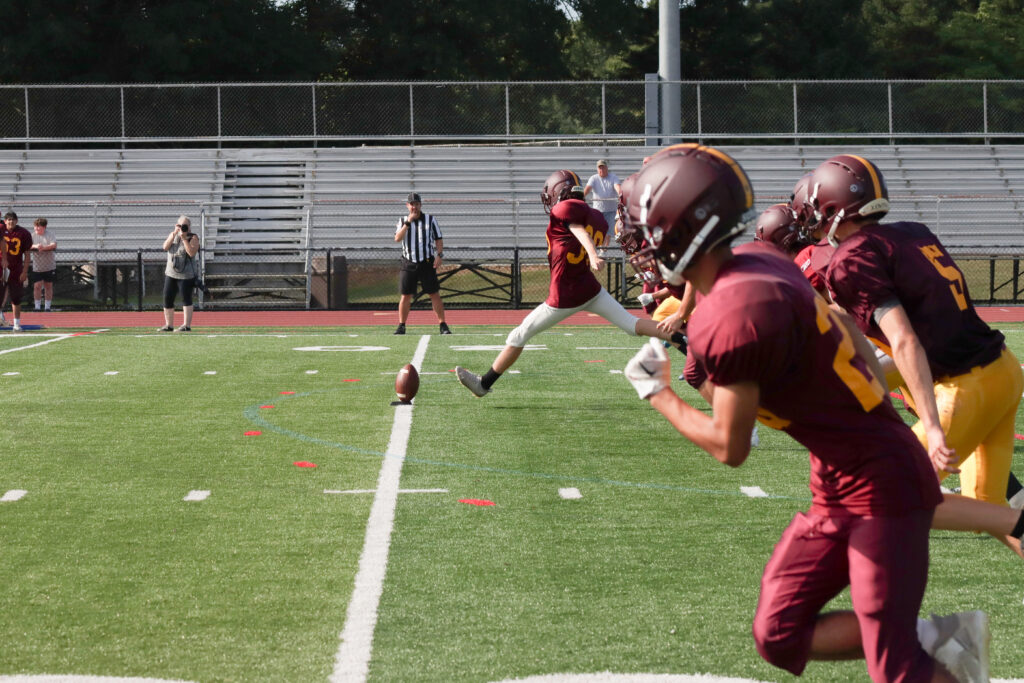