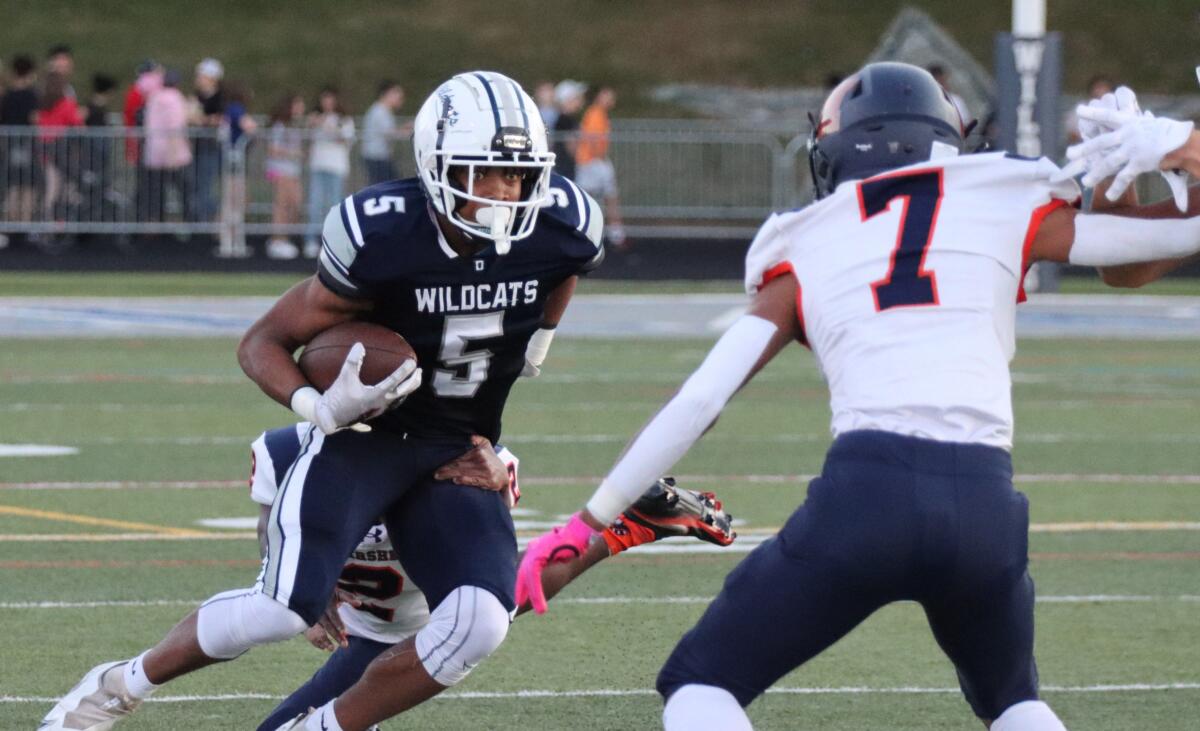 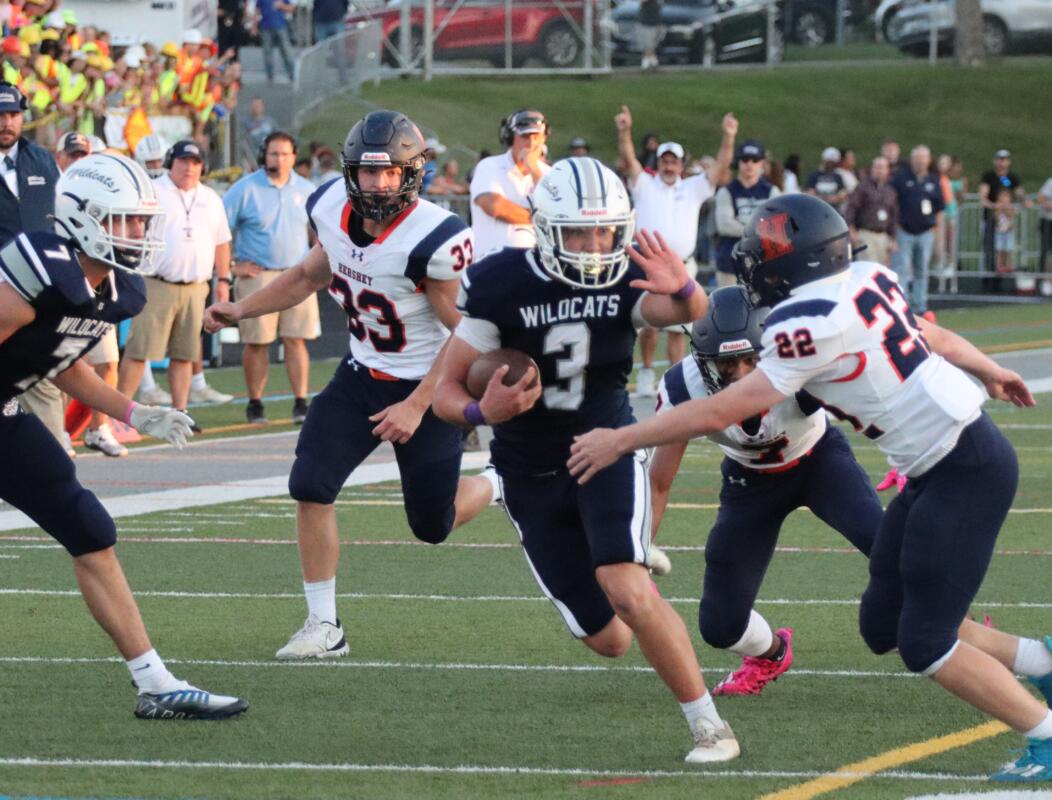 Hershey Trojan’s visited Dallastown at Wildcats stadium. This game had all the makings to be a great game, and it did not disappoint. These teams were evenly matched, and the game was ultimately decided by turnovers.

Dallastown received the 1st half kickoff and started off at their own 25-yard line. They marched down the field rushing the ball 7 times with 2 passes and scored at 7:42 of the 1st quarter. Not to be outdone, Hershey started their drive at the 50-yard line after a fantastic kickoff return. They matched Dallastown’s opening drive, rushing the ball 7 times, and passing twice, scoring on a 7-yard run at 5:43 in the 1st quarter.

Dallastown put together a clock eating drive rushing 9 times and passing twice, caped off by a 5-yard rushing touchdown, 11:56 in the 2nd quarter. Hershey tried countering on their second possession but stalled and punted. However, the game got interesting on their next possession with a Daniel Painter pass to Marcus Sweeney for a 66-yard catch and run, which was capped off one play later by a Chase Brooks 2-yard run at 3:04 of 2nd quarter. Dallastown went back to work on a quick 5 play drive helped by a William Logan 55-yard toss, finished off by an 11-yard run at 1:28 of the 2nd quarter. Dallastown was up at the halftime break.

The second half is where the Trojan’s play got sloppy and probably cost them the game. In their first possession, Hershey worked a 6-play drive, but a snap went over Daniel Painter’s head and was recovered by Dallastown on Hershey’s 22-yard line. Four plays later Dallastown capitalized and scored at 8:13 of the 3rd quarter. Hershey then went 3 and out. Dallastown was running on all eight cylinders with another long 11-play drive and scored again at 5:22 of the 4th quarter. Dallastown 44 Derry Township 22. With the game out of reach Hershey showed grit on their final possession. They used 7-plays aided by a 32-yard run by Chase Brooks to the 8-yard line and finished off with an 8-yard touchdown pass and 2-point conversion. Final score Dallastown 44 Derry Township 30.