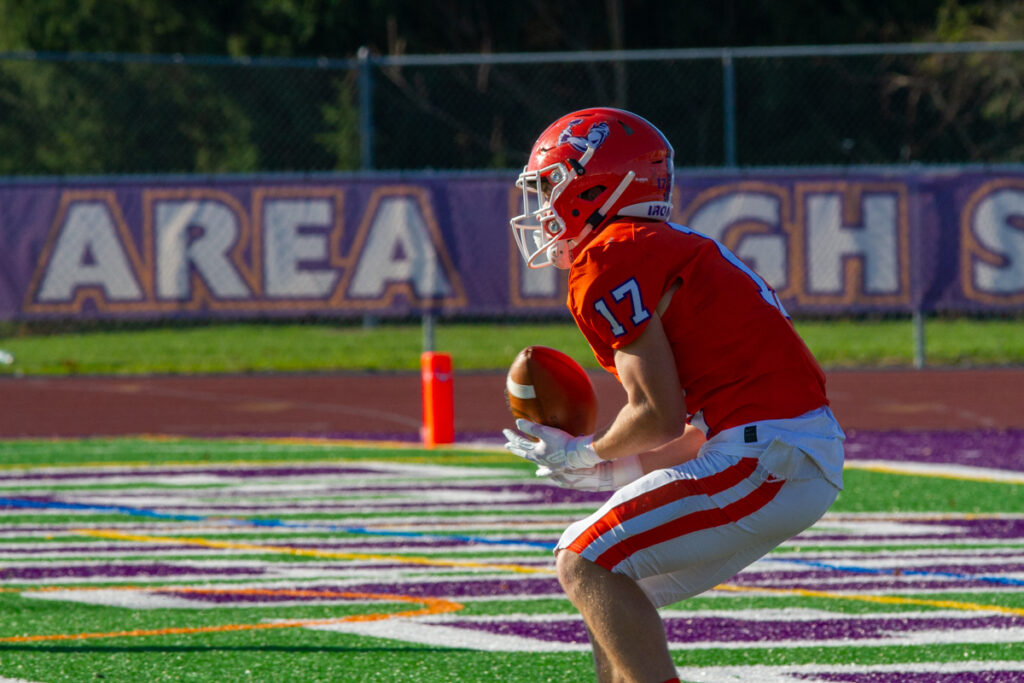 To say Danvile quarterback KJ Riley is having a good year would be a very accurate statement. Coming in to todays game with Archbishop Carroll, the senior signal caller had thrown for 1,867 yards with 25 td passes. You can add 259 yards and five more tds to that total as the Ironmen rolled to a 42-14 win to advance to the PIAA Class 3A Semi-Finals against Wyomissing next week. Sophomore wide out Carson Persing also continues his tear in the air as well, hauling in three of those passes for scores while adding 130 yards to his season total of 866 yards.

“Wasn’t our cleanest game but KJ came through, our receivers made plays and somehow we quietly and sometimes not as crisply as we like, we scored 42 points” said Danville head coach Mike Brennan. It might not have been clean all game, but it started out clean with the Ironmen taking advantage of a short field and scoring on a 64 yard, 7 play drive, four of which were passes. The last an 11 yard strike from Riley to a wide open Jagger Dressler.

It did get a bit “not crisp” on the next Ironman drive when Nick Lamey picked off Riley, and the Patriots took advantage scoring on a Lamey to  6-8 Darryl Simpson pass. Simpson took the quick swing pass and scampered down the sidelines for the TD.  The kick failed but AC was in the game, trailing 7-6 with 4:24 left in the first quarter.

Lamely to Simpson. 25 yards. @ACPatsfootball on the board. Kick misses. 7-6ironmen pic.twitter.com/Ug8PjN0hLP

After they missed on a 27 yard field goal attempt, Danville got the ball back when Gabe Benjamin pounced on a loose ball to put Danville back in business at the Patriot 18. Riley needed just 2 plays, a run and then an 11 yard td in the corner to Persing.  Once again, the Patriots gave up the ball deep in their own territory. This time during a scramble Riley found Hayden Winn, who made a great reach back catch to put the Ironmen up 21-6 midway through the second quarter.

“They’re extremely disciplined, talented, extremely well talented and very well coached” said Carroll head coach Kyle Detweiler. We tried to mix some different things up but unfortunately we made our fair share of mistakes and against a team like this you have to play a perfect game. They scored after each turnover.”  The Patriots, now trailing 28-6 after Riley hit on a 29 yard td pass to Persing with 2:52 left in the first half, game themselves a boost driving 65 yards in less than 2 minutes to get within 14.  Lamey hit Malachi Hansen with a 41 yard bomb, then Brennan Robinson ran in from 4 yards out for the td. Lamey scampered in for two and we had a game.

Then, in the second half, the wheels came off. Two Danville sacks forced the Patriots to punt giving the Ironmen the ball at the Carroll 38.  It took 5 plays for Riley and Persing to hook up again.

Just when you thought the Patriots could reel in the slack and score, Zach Gordon jumped up and picked off Lamey in the endzone.  Danville never looked back scoring again on a Zach Gordon four yard run. 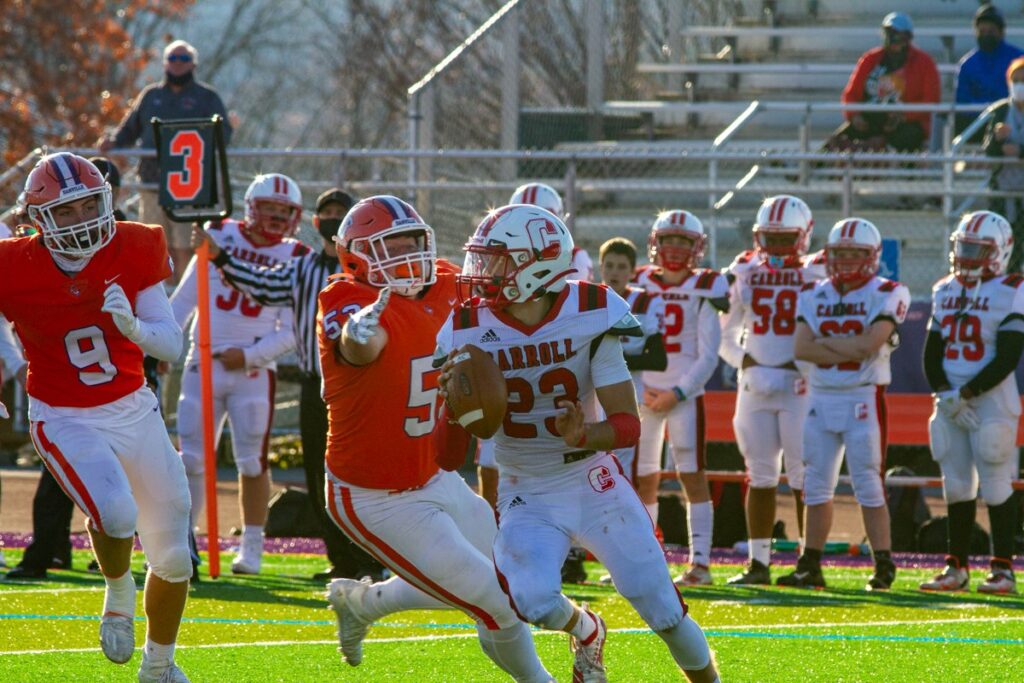 Nick Lamey was pressured and dropped many times throughout the game.

As good as Riley’s game was, we can’t take away from what Lamey did today.  The senior for the Patriots completed 21 of 31 throws for 325 yards and a score. Billy Coppock had 10 receptions for 156 yards for the Patriots and Robinson led the way on the ground for the visitors with 31 yards. 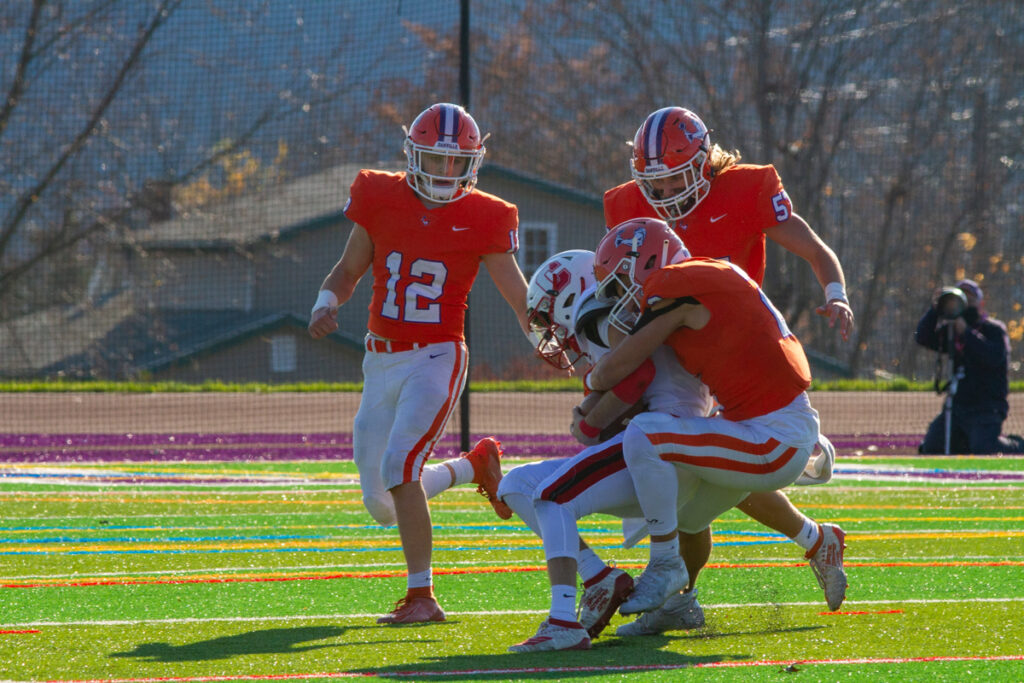 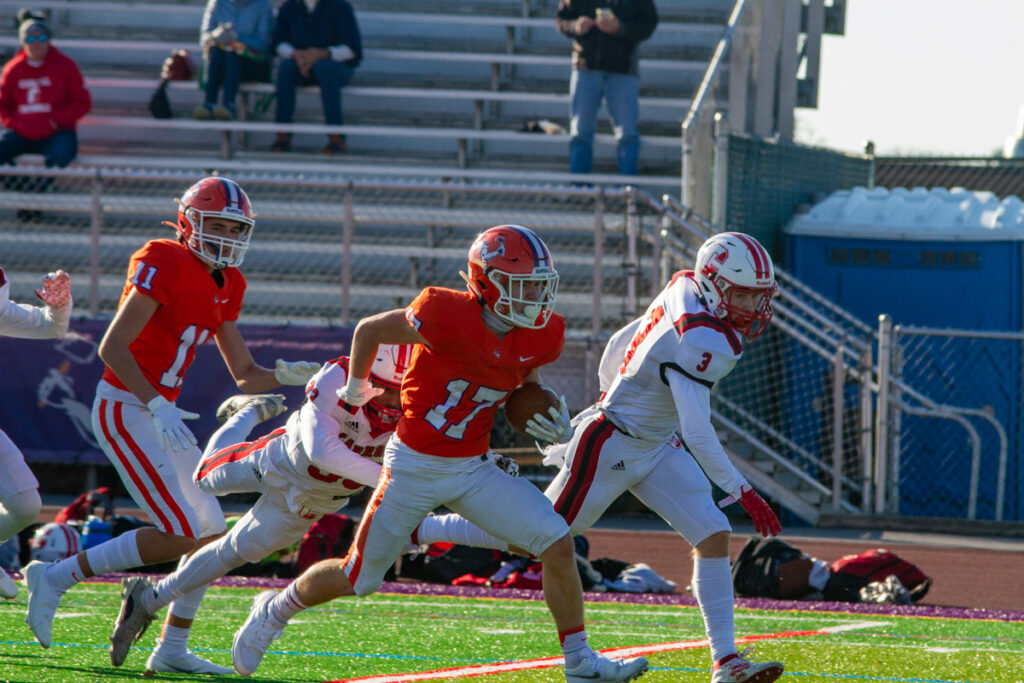 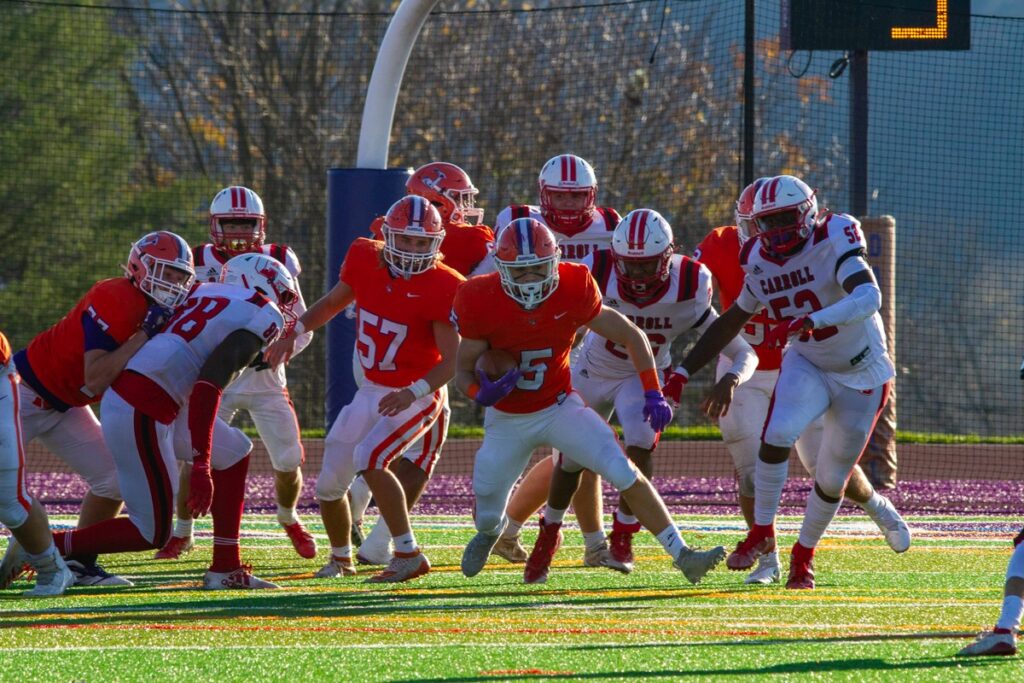 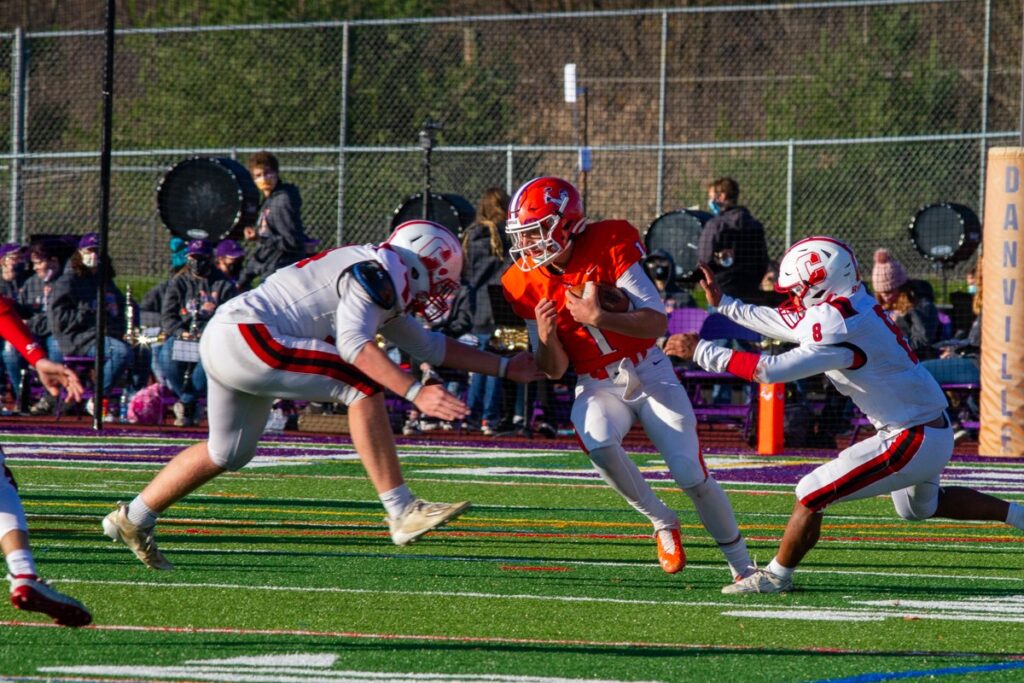 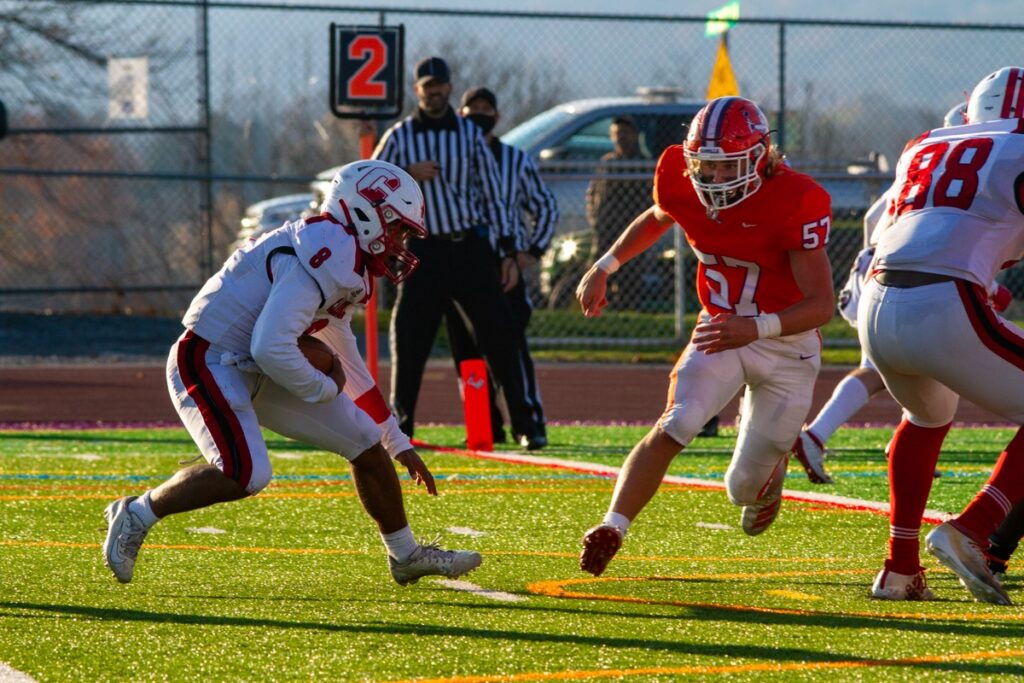 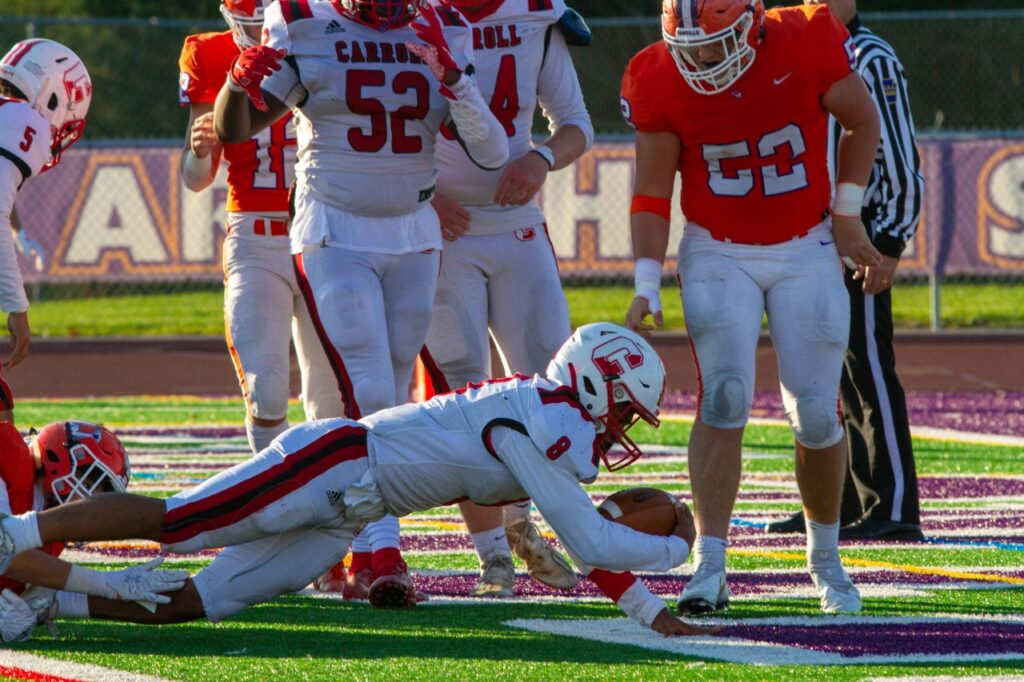 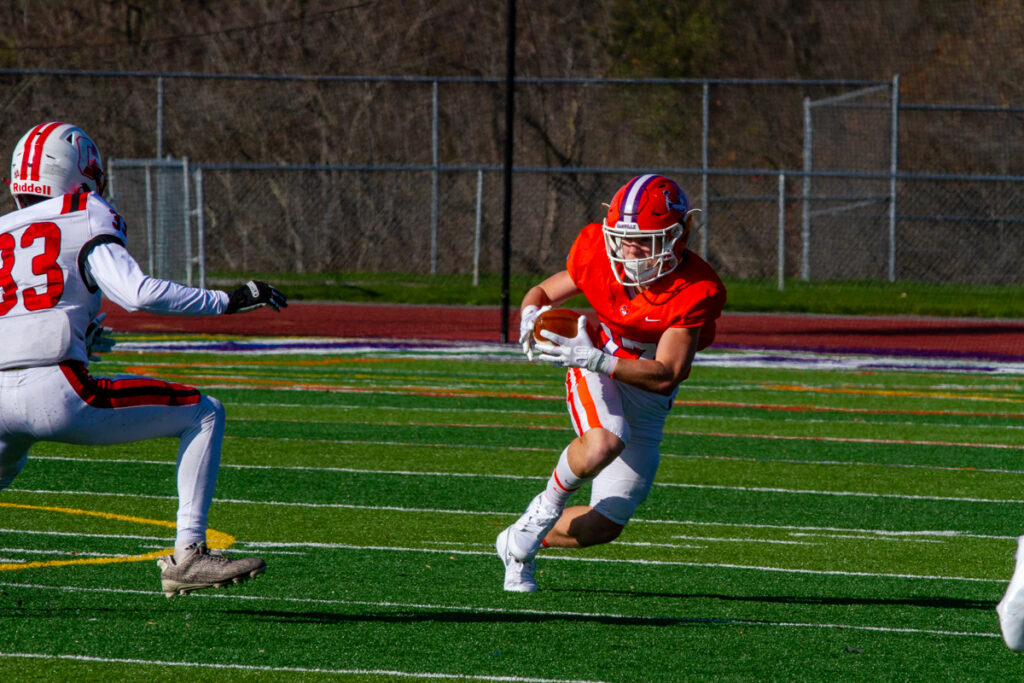 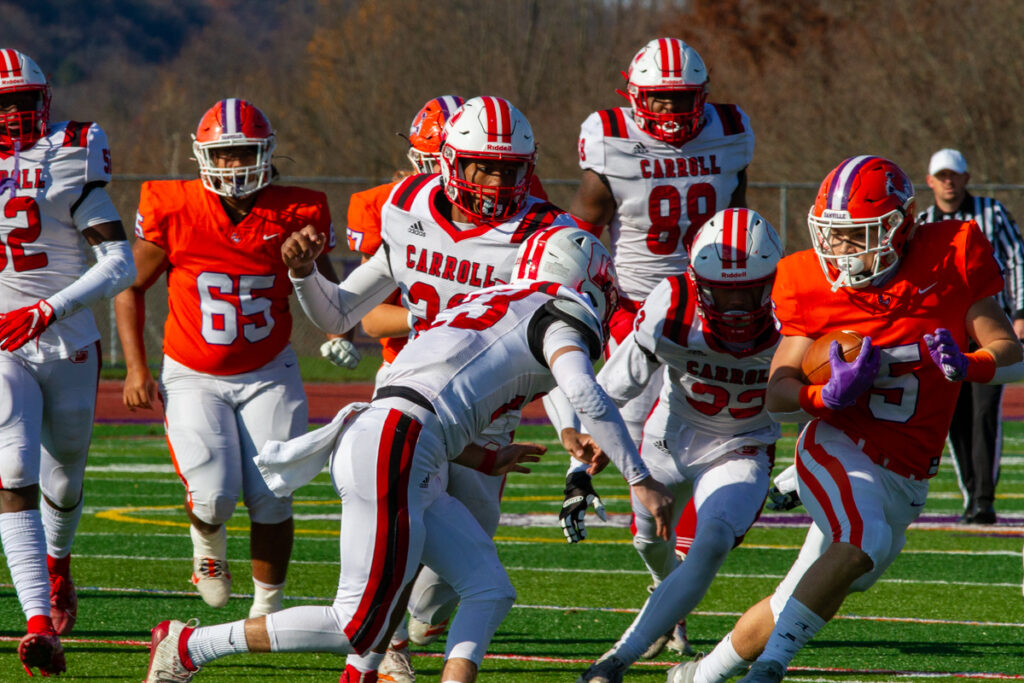 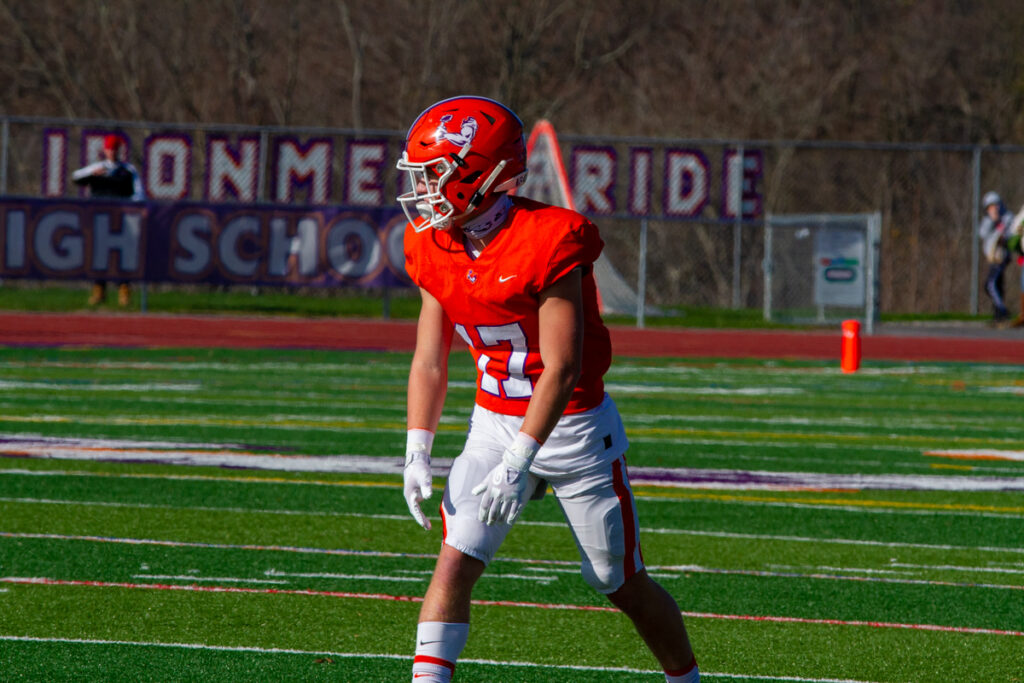 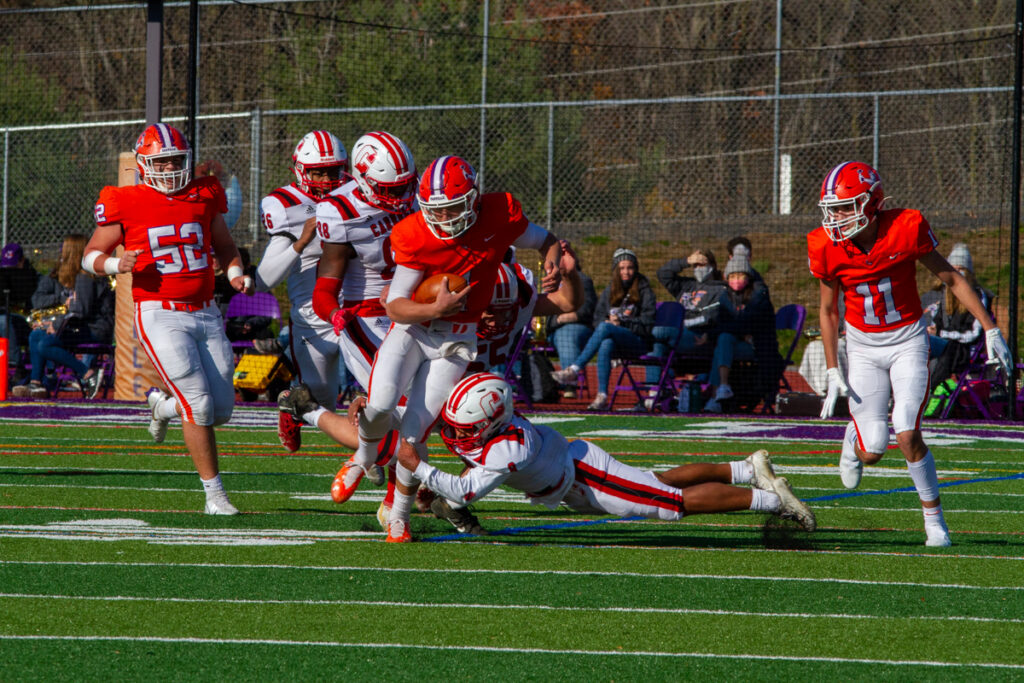 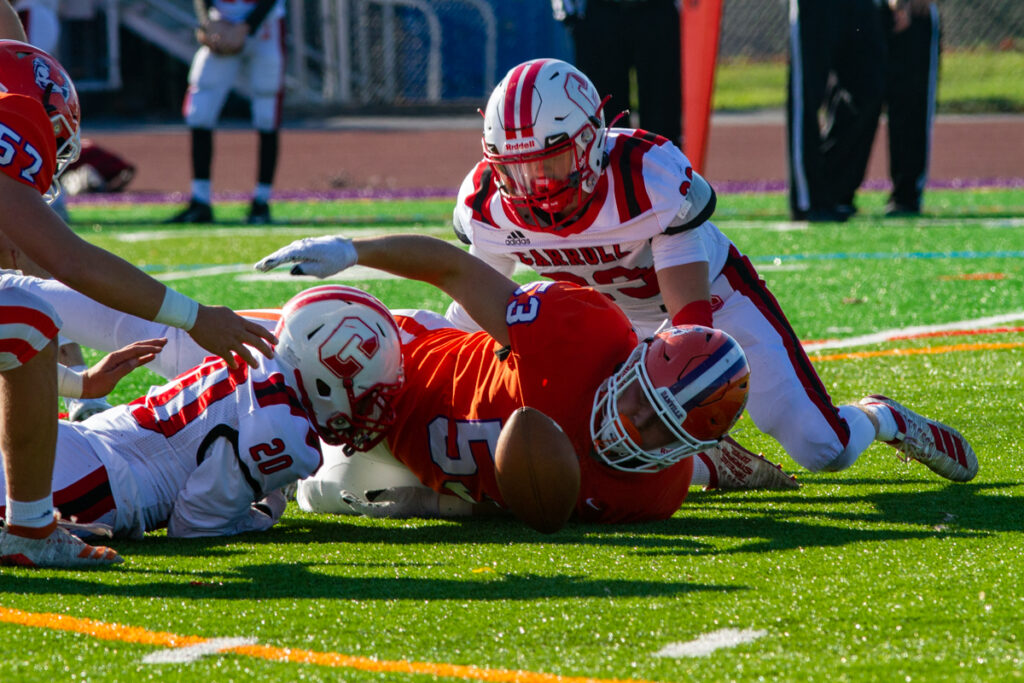 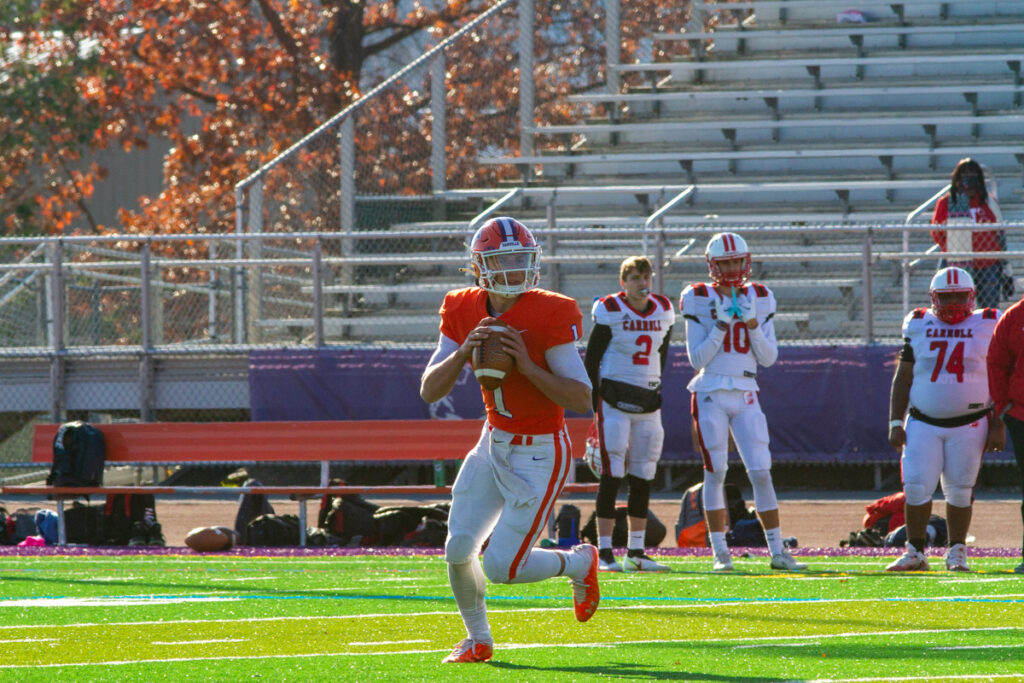