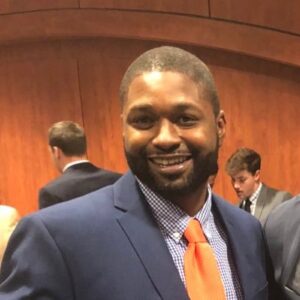 The Lewisburg School District has named its next head football coach. At its regular meeting on February 25th, the Board of Director have unanimously approved the hiring of Eric Wicks of Lewisburg as the next head coach to lead the Green Dragon Football team.

Coach Wicks, originally of Pittsburgh, Pennsylvania comes to Lewisburg School District with a bachelor of science degree in Athletic Coaching Education and nearly 20 years of playing or coaching at a top collegiate level.

Additional Quote from Joe Faust, Director of Athletics
“We are excited and fortunate to have Coach Wicks taking over our football program. He brings experience that is seldom seen at the high school level. Eric is excited to get started and has the right personality and philosophy to move our program forward.”