The Bedford Bisons scored 27 unanswered points in the second and third quarters to stampede past the Clearfield Bison 40-21 at the Clearfield Bison Sports Complex last night.  Quarterback Mercury Swaim lived up to billing by accounting for five of the Bisons six touchdowns, three through the air and two on the ground.  Steven Ressler also played a huge role in Bedford’s victory by catching all three TD passes, but he was gold on defense too as he was assigned to all-state wide receiver, Jake Lezzer, and for the most part ‘neutralized him’ as winning coach, Kevin Steele put it. 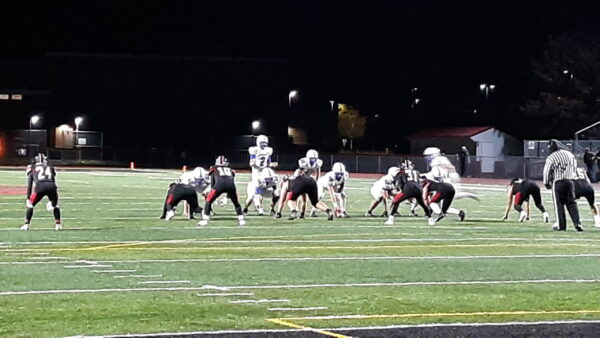 The teams spent most of the first quarter feeling each other out as evidenced by 40 total combined yards gained by both teams until Bedford took over at their own 22 with 1:47 left in the first quarter.  That’s when the visitors went on a five play 78-yard drive in just over a minute to score the game’s first points.  The highlights of that drive were three Swaim pass completions of 33, 11, and 33 yards with the second 33-yard pass being a TD toss to Ressler who made a great catch.  The point after was no good and at the end of the first quarter of this District 5-District 9 AAA sub-regional playoff game Bedford led 6-0.

Clearfield countered by driving inside Bedford’s 20 before fumbling that opportunity away.  But the Bisons fumbled the ball right back to Clearfield on their first play, giving the home team the ball at the eleven.  The Bison scored three plays later on an Oliver Billotte two-yard run.  Graeson Graves’ PAT gave Clearfield their only lead of the night at 7-6 with just over 9 minutes left in the half.

It took Bedford 3 plays to traverse 91 yards after a penalty on the subsequent kick return.  The final 69 yards was the second Swaim to Ressler TD toss of the night.  The 2-point conversion failed, but Bedford had grabbed the lead 12-7.  The Bison answered by driving into the Bisons territory only to see Billotte sacked on third down.  In fact, Bedford sacked Billotte five times.  “They have a good offensive football team, so I was really proud of our defense.  For the most part I thought our defensive line did a nice job getting pressure on him (Billotte) and not letting him get comfortable back there,” commented Coach Steele.

Following the punt and taking over at their own 16, Swaim led his team downfield mostly via the run this time.  Mercury ran the ball 5 times and gained 54 yards, the last being a nifty quarterback draw from the ten with 20 seconds on the clock.  Lizzy Martz kicked the PAT and Bedford led at halftime 19-7.

Bedford took control in the third and a lot of that was due to their defense.  The Bisons ‘D’ forced a fumble that Brett Wilson recovered at Clearfield’s 24.  Clearfield’s defense appeared it would step up by pushing Bedford back 9 yards on the first two plays, but disaster struck when the Bison was called for targeting on the second play.  Ethan Weber later ran the nugget in on a 10-yard jaunt to put Bedford up 26-7.  Weber gained 68 yards on the night on only 5 second half carries.  Clearfield’s next drive stalled at the 49 when Billotte was sacked again, this time on 4th down.  A little over two minutes later Swaim found Ressler again for their third hook-up of the night, this time from 25 yards out and the lead increased to 33-7.

The fourth quarter found Swaim breaking off a nifty 55-yard run up the middle sandwiched between two Clearfield scores.  Billotte opened the scoring three seconds into the last quarter on a one-yard quarterback sneak.  With 48 seconds remaining in the game Billotte hit Nate Natoli from 10 yards out to cut the lead to the final score.  Clearfield recovered the onsides kick and drove to Bedford’s 2-yard line when the game ended on an incomplete pass.  “We played hard all game,” said Clearfield’s head coach, Tim Janocko, “they’re a real good football team.  Congratulations to them.”

Notes and Quotes: “He’s a really good football player,” Janocko also said about Mercury Swaim.  The elusive Bedford quarterback rushed for 144 yards on 20 carries, scoring the two times.  He also passed for 201 yards and the 3 touchdowns by completing 10 of 16 passes.  He did throw 2 interceptions, one by Karon Kline and the other by Ian Billotte.  Ressler, who averages 12 yards every time he touches the ball, hauled in 7 passes for 153 yards and his 3 TDs.  He also ran 4 times for 12 yards, so his average for the night was 15 yards a touch.

For Clearfield, Oliver Billotte threw for 116 yards and 1 touchdown by completing 14 of 29 passes.  He was the leading Bison runner also with 51 yards on 21 carries but that includes the 5 sacks.  Kline was the leading receiver with 5 grabs for 98 yards, while Lezzer was limited to 4 catches for 52 yards. 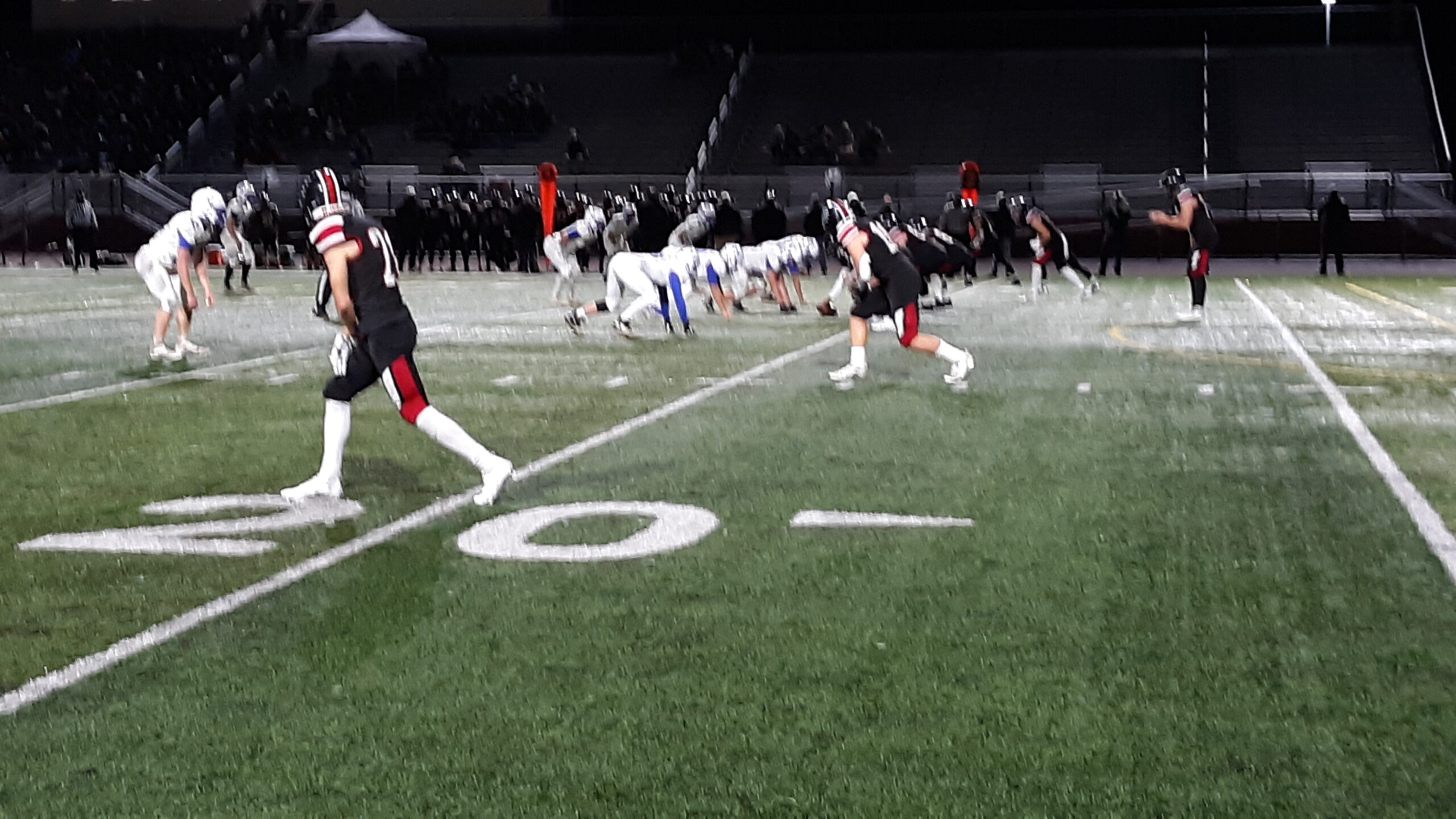 Coach Steele earned his 100th career victory and said, “it just means I’ve been coaching a long time.  I’ve had a lot of good assistant coaches and a lot of great players.  This group is right near the top of the list, if not at the top.  I’m excited for them to still be playing.”

Bedford upped their record to 8-0 and the 4th ranked AAA team will play the winner of Tyrone and Central next week.  Clearfield drops to 4-2 and is looking for a game next week.