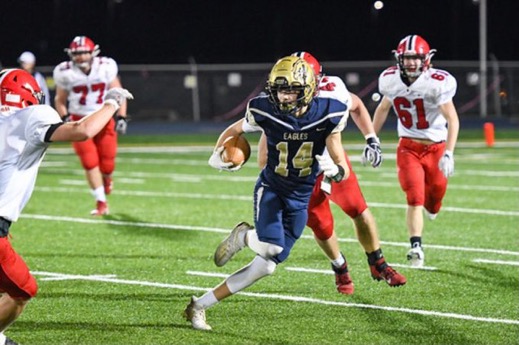 With the 2021 season kicking off in just three days it’s time to take a look back at the five Centre County teams 2020 season campaigns and just a bit of a look ahead for this upcoming season.

With the COVID-19 pandemic affecting the whole world, it not only interfered with daily lives, but it also came into Pennsylvania High School Football. Out of the five Centre County teams, not one played a full 10 game schedule. Not only did all the Centre County teams not play a full schedule but they seemed to get away from their winning ways as they have the past few years. State College, Bellefonte, and Bald Eagle were the lone teams to make the playoffs last season in which each team failed to advance. Heading into the 2021 season each Centre County team is looking to get back to their winning ways as others are just trying to fight to get their name heard.

Let’s start with the State College Little Lions. Coming off the 2020 season with a heartbreaking loss in the PIAA 6A District Six Championship game to Altoona by a score of 22-21 the Little Lions are looking to head back to the playoffs and advance into the state round. However, for the Little Lions, many of the offensive and defensive starters graduated including running back Dresyn Green, Safety Sammy Knipe, and quarterback Conrad Moore. The biggest question for the Little Lions this year is who will be the starting quarterback and what are the keys to success on offense? Head coach Matt Lintal said “While we have multiple kids competing for the starting quarterback position, we believe we have multiple kids who can win games for us at that spot. Additionally, we have a number of other guys who are ready to make huge impacts. Jashaun Green, TJ Yoder, and Michael Dincher will take their experience and help pave the way for our offense this year. Just like any year, dominating the line of scrimmage will always be the key”. State College will open their season this Friday against Mifflin County.

Another Centre County team looking to get back to their winning ways is the Bald Eagle Area Eagles. The Eagles finished the 2020 season with a record of just 2-6. This is after consecutive PIAA 3A District Six Championships and a run to the final four just the season before. However, for the Bald Eagles, they are returning eight starters on both sides of the ball. When head coach Jesse Nagle was asked what his expectations were for the team this year his answer was short and simple. “We have an experienced team coming back. One goal is to compete for a District Title”. The Bald Eagles open their 2021 this Friday when they travel to face off against Troy.

The Bellefonte Red Raiders also look to bounce back this season after a disappointing 2020 season finishing just 3-4 on the year. For the Red Raiders, there was a bit of shocking news in the off-season. Head coach Shannon Manning left the team and was replaced by former Bald Eagle assistant coach Vaughn Donmoyer. The Red Raiders will face the most difficult season opener of the five teams as they face PIAA 4A State Runner Up in the Jersey Shore Bulldogs that return a lot of talent. 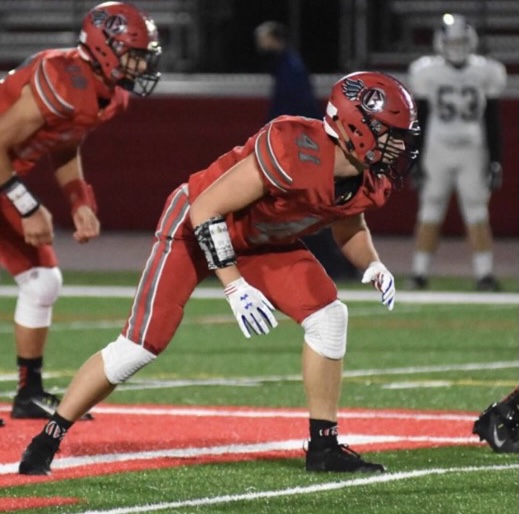 One Centre County team is in a fight for their name to be heard this season and this may be just the chance for the Philipsburg Osceola Mountaineers. Coming off a record of 2-5 last season the Mountaineers bring back experienced players on both sides of the ball and a bit of confidence after a win to end their 2020 season. Head coach Jeff Vroman about his expectations for the year and he said, “We are a much stronger football team heading into this season. We need to continue to work hard to build depth on both sides of the ball”. The Mountaineers will open their season this Friday as they Travel to West Branch to face off against the Warriors.

Finally, the last Centre County team to make a comeback this season is the Penns Valley Rams. After a disappointing 2020 season finishing just 5-3 on the year and missing out on the playoffs due to the cancellation of games because of COVID, the Rams look to bounce back. This year is very different for the Rams as they only bring back one starter on each side of the ball this season. However, for the Rams their season will be delayed as not only the first scrimmage was canceled but also their first game against Mercyhurst Prep was canceled due to COVID issues. Rams head coach Martin Tobias was asked what the keys for success on defense from his team is this year and he said, “Create turnovers. Prevent the long plays.” The Rams will now open their 2021 season against the Huntington Bearcats on September third.